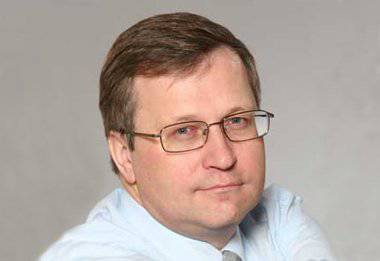 The founder of the Civil Initiatives Committee, Alexei Kudrin, suggests eliminating the Ministry of Internal Affairs and the Federal Drug Control Service, dividing the police into three independent levels.

What consequences this may lead, the Chairman of the Development Movement Yuri KRUPNOV reflects.

- It is not for the first time that Alexey Kudrin acts as a subject, about whose activities we can say the well-known proverb: “The road to hell is paved with good intentions”. As head of the Ministry of Finance, he drained the country's economy, practically eliminated a long-term loan and normal money circulation. This paralyzed the full activity of the industry. Of course, Alexey Leonidovich never said that he is achieving just such results. He sincerely convinced the public that he was eager for de-bureaucratization and macro-financial stabilization, and he fiercely struggled with inflation.

Having established the Civil Initiatives Committee (OIG), Kudrin proposed a police reorganization plan developed with the help of experts. And again, the concept is based on supposedly extremely good intentions and concern for the public good. They say that the police are overloaded with work and are focused on the performance of indicators. But the law enforcement system as a whole slows down economic growth and creates instability ...

The measures proposed by him should result in the liquidation of the Ministry of the Interior and the Federal Drug Control Service (FDCS). There will be three levels of police: municipal - accountable to the city authorities, regional - subordinate to the governor and federal, which reports to the president. Kudrin hopes that the division of responsibility will complicate the emergence of the local "police mafia" and prevent new Kuschevka.

Just the opposite! The rejection of the law enforcement vertical, which, for all its flaws, ensures relative stability, will lead to dramatically negative consequences - to the merging of local criminals and "werewolves in shoulder straps" from the municipal police. To the formation of local zones of local total and unlimited violence against the population by the criminals. Moreover, with the recent extraction of a colossal economic effect from such a situation. There will be "superkushchevki", against the background of which the massacre in the above-mentioned Kuban village may seem like a minor incident.

To offer, like Kudrin, to liquidate the Federal Drug Control Service means to objectively play into the hands of the drug mafia. This service, created by 10 years ago, has proven its effectiveness in combating the “drug lords” that swept the country at the time. Already by 2006, in many respects, it was possible to reverse the mortality situation, reducing it among men and women aged from 15 to 34 years. Because there was a barrier in the path of drugs from Afghanistan.
A unified law enforcement system allows criminality to be curbed by the authorities from above, if this is not done at the lower levels. In Kudrin, all levels of the police are autonomous, independent of each other. But then how to effectively deal with crime? To liquidate the unified system of the Ministry of Internal Affairs, to completely and irrevocably divide the police into levels, instead of “stitching” them, is to inflict a powerful blow to statehood. No federal service for the disclosure of crime officials proposed to create, will not replace this system. An investigation is already a post factum, but it is necessary to preempt a crime.

For nothing, Mr. Kudrin once again tried to impose supposedly "universal" liberal patterns on real life. The result was embarrassing. It remains to hope that the part of the public, on whose behalf Kudrin and Co. like to broadcast, is aware of this faster than in past years.

Ctrl Enter
Noticed oshЫbku Highlight text and press. Ctrl + Enter
We are
About Stalin and KhrushchevWhat you didn't want to know about England
33 comments
Information
Dear reader, to leave comments on the publication, you must to register.