Many authors describe the success of China in the field of economics, military construction, achievements in space exploration, but they say little about the strategic vulnerability of China.

China is very similar to the German Empire of the Second and Third Reich times - the rapid rise of the economy and military power, while vulnerability. The potential enemy of Beijing, the Anglo-Saxons, created a real ring of encirclement around China.

- From the West created a "center" of instability - Afghan distemperwhich is already flowing to Pakistan. This zone is bordered by the most volatile regions of China - the Muslim Xinjiang-Uygur region and Tibet.

In Kyrgyzstan, it is also not calm, only in 2010 there was a revolution and a massacre between the Uzbeks and the Kirghiz.

With india the PRC has border disputes that have already poured into local wars twice, and besides, Delhi is the enemy of Beijing's ally, Islamabad. Both countries are building up military forces and infrastructure at the border.

The situation on the western border of China is worsened by the presence of NATO and US strike forces in Afghanistan, and Washington is clearly not going to leave.

China's northern border Until the most calm. The PRC successfully leads economic expansion in Kazakhstan, Mongolia and the Russian Federation. Although the political elites of these countries are afraid of increasing the power of China, they do not want to interrupt mutually beneficial economic cooperation. China is the largest market for raw materials in these countries - Yellow Dragon absorbs a huge amount of timber, energy, metals, etc.

The Anglo-Saxon clans would not mind complicating the halt in the North - a revolution in Kazakhstan, the Russian Federation would be very profitable for them. In addition, Moscow wants to make a "shock force" against China, as in the First and Second World War - against Germany.

Beijing is well aware that Moscow wants to make him an enemy, and does not want confrontation, it even receives all the resources from Russia without a war, plus throws off some of the “surplus” population. China needs a quiet "rear".

Eastern border - Japan, South Korea are the US military allies, there are large US military bases located there. In addition, the Anglo-Saxons are trying to foment a war on the Korean Peninsula, between South Korea and the DPRK (North Korea is an ally of China), which would greatly complicate the situation of China. Perhaps he would even have to get involved in the war and occupy the North Korean Peninsula to prevent the use of nuclear weapons Pyongyang is dangerously close to its borders.

The conflict between Japan and the Russian Federation over the Kuril Islands has a small probability of war, which would also make Washington happy, but it would be disadvantageous for the PRC, which needs peace in the east of the Russian Federation, where the resources come from. There is a territorial dispute with Japan and the PRC - because of the Senkaku Islands (in Chinese they are called Diaoyu), which Japan seized from China in 1895 year.

Taiwan problem - China rightly believes that Taiwan is Chinese land and wants to reunite Chinese lands. But Taipei is a military ally of the United States and Japan, so the PRC cannot yet solve the issue by military means. The Taiwanese elite is Beijing's old enemy.

Vietnam is the ancient enemy of China, with whom the Yellow Dragon has fought more than once. Currently, the Vietnamese elite, having lost an ally in the USSR, who would not have allowed to occupy Vietnam, is creating a strategic alliance with India, the Indian and Vietnamese Navy have been conducting annual joint exercises in the South China Sea since 2000. With the help of India, Vietnam’s nuclear program has been launched. The Vietnamese, forgetting about the old hostility from pragmatic goals, are looking for an alliance with the United States, they even suggest that the former Russian base, Cam Ranh, be made the US base or international forces. In addition, Vietnam has territorial disputes - the question of the belonging of the Paracel Islands and the Spratly Archipelago, and not only China and Vietnam are involved in the territorial dispute, but also Taiwan, the Philippines, Malaysia, Indonesia, Brunei.

That is, in the East, China has practically no reliable friends, but there are more than enough enemies. Even Beijing’s ally, the DPRK, creates problems for China; China does not need a war on the Korean Peninsula. Washington has created a whole front in Eastern China — from Japan, South Korea, Taiwan, and Vietnam — all of which are engaged in a real arms race.

Southern border can also give Beijing a lot of problems. In burma since the middle of the 20 century there is no stability, the warlike Karen tribes created their own state in the east of the country (not recognized in the capital of Burma and the world community), on the northern border (with China) two more tribes - Shan and Kachin - created their own states. At present, there is neutrality between the unrecognized states and the central government, but with skillful influence (the Anglo-Saxons are recognized masters in this matter - centuries of experience), a “good” fire can be kindled.

There is danger of a major war between thailand and cambodia, it was only in February 2011 that a clash occurred due to the Preah Vihea temple complex. In addition, in the southern province of Pattani, Thailand, there is a threat of Muslim separatism and guerrilla war. And this area is in dangerous proximity to the Strait of Moluccas, through which passes up to 70% of Chinese imports.

There is a danger of destabilization of Indonesia, the archipelago has about 17 thousands of islands, dozens of nationalities, and all the power of the "Javanese clan." There is a danger of the collapse of the country: in the province of Ache, the Free Ace Movement requires the center to leave 95% of oil and gas revenues (currently 70%) in the province or independence; separatists in West Papua are demanding greater independence — the Moluku Channel and the sea route from Australia (coal, iron ore) to China pass through the waters of Indonesia. There is a possibility of the collapse of Indonesia for a dozen - another "states" with an internecine war, and this will paralyze shipping in this strategically important region for China. 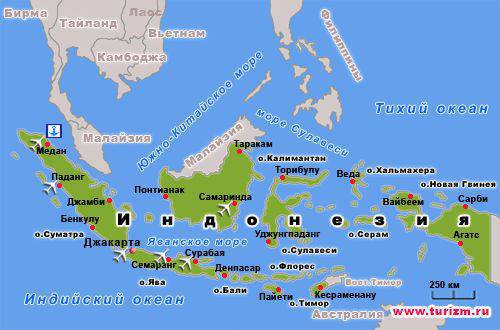 The threat of Islamic radicalism affects not only Thailand, Indonesia, but also Malaysia (inter-ethnic strife between the Chinese and the Malays aggravates the problem), the Philippines. There is even a scenario for the creation of a “New Islamic Caliphate” - from the territories of Indonesia, Malaysia, Brunei, Singapore, the southern part of the Philippines, Thailand and Burma.

Australia is also a loyal vassal of London and Washington.

The similarity of the position of the German Empire and China

The PRC, like Germany, is surrounded and forced to prepare for war on several fronts.

From the sea The PRC Navy, like the Reich, can be blocked. If the Reich fleet was blocked in the Baltic Sea and in the North, then the Chinese fleet is limited to the “first line of defense” of Washington: South Korea - Japanese Islands - Taiwan - Philippines - Vietnam.

China is increasingly dependent on the supply of raw materials and food, like the Reich. China imports almost half of the oil it needs, it has become the 4-th country in the world in terms of the amount of imported food - the Chinese are no longer content with a bowl of rice and a cup of water, they are switching to a meat-and-milk diet. China imports about 20% of food, and there is a rapid increase in imports, in a few years it will import a third of food.

There is a dependence on the import of iron ore, non-ferrous metals, timber. If you cut off the food and energy supply channels, the Chinese will be planted on a hungry ration, only strategic enterprises and the armed forces will have electricity, ordinary Chinese will forget about electric lighting. This will cause a social explosion: a lot of unsolved social problems - Another threat to China.

Another strategic weakness - threat to sea lanes. Washington can block the most important Moluccan Strait and the path through the waters of Indonesia to Australia (food, iron ore, coal), “blowing up” Indonesia, Malaysia, Thailand from the inside, and if the conflict has already reached the stage of direct confrontation - with its own naval forces. You can "create" the problem of "Indonesian" pirates.

Technical dependence of the PRC from the West and Russia - Beijing is making titanic efforts to create its own fundamental science, independent of borrowing. The Chinese are far from the "gloomy Teutonic genius", while they have learned only to create copies, for example, of Russian aircraft, and even then of worse quality.

Do not become a "toy" of the West, who wants to make Russian "cannon fodder" in the war with China and the Islamic world. You must lead your game.

China is beneficial to us, as an integral state and a trade and economic partner, Beijing should see us as a reliable “rear”. You can support the PRC in solving the Taiwan problem.

But one should not think that Beijing is not thinking out a strategy of seizing the Far East and Siberia in the event of a destabilization of the situation in Russia or if it is necessary for its survival. Therefore, there is a need to maintain the Russian Armed Forces in a state of high combat readiness to repel the blow of an “agonizing” dragon. But the main task is not to create in Beijing the impression that Russia (and the North in general) is the main front of a future war. 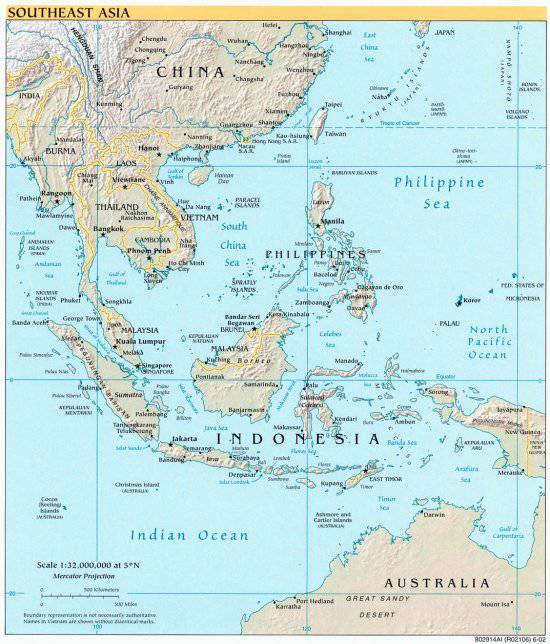