The main vector of development of Russia

November 14 2013
34
The creation and formation of an innovative economy requires strict consolidation of the efforts of science and education, business and the state


28 – 30 October The 2013 of Moscow hosted the international business congress, Security and Protection of the Individual, Society and the State, in Moscow. An adviser to the commander-in-chief of the internal troops of the Russian Interior Ministry, chief of the General Staff of the Armed Forces of the Russian Federation (2004 – 2008), deputy secretary of the Security Council (2008 – 2012), Army General Yury Baluyevsky made a report at its opening.

Russia faces today the inevitability of finding adequate answers to the main challenges of the time related to protecting the country's sovereignty, its defense and competitiveness, ensuring strategic positions in the world. That’s what Vladimir Vladimirovich Putin said at the beginning of 2000’s: “Either a strong Russia, or there will be none.”

We will not find an answer to these challenges - we will turn into a raw materials appendage, periphery, serving the world economy.

Answer the challenges of time

The inevitability and the need for further innovative development of Russia is evident today more than ever. The country continues to lose technology, personnel, human capital. But the presence of the richest resources, a high level of education in general, a favorable geographical and geopolitical location, other objective indicators simply oblige Russia to be among the leaders of the world economy. 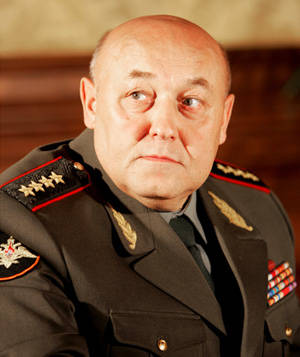 But these advantages practically do not work in terms of the prevailing export of raw materials. We need to take the path of creating a highly developed economy, where innovation product and innovative growth are in the first place. This is one of the most important conditions for the diversification of the economy, its liberation from commodity dependence. Unfortunately, the number of so-called deficiently developing regions of Russia is large. If in 2008 their year was 57, then in 2010 it became 63.

The differences between the subjects of the Russian Federation in terms of the main indicator - the gross domestic product per capita - have not yet been eliminated. This is because business in Russia mainly invests money in short-term projects that pay off in a maximum of three to five years. For more no one swings, not wanting to risk.

Another reason is the corruption of officials. It is like an anti-tank ditch on the way to a new economy, investing in it. But corruption is essentially a state crime, and the measures for such an act should be appropriate. Unfortunately, the number of corruption crimes detected in the country is growing annually by about 10 percent, and their volume is equivalent to 35 – 40 billions of dollars. Corruption today is one of the main threats to the security of the state, the most serious disease of society, indicating not only the systemic violation of laws in the country, but also the lost spiritual and moral norms that ensure law-abiding behavior of citizens.

In other developed countries with corrupt do not stand on ceremony. In China, in 2008 – 2012, only 650 – 25 cases were filed for personnel only, 30 – XNUMX thousands were brought to court. And the court there, as we know, is very strict - a head from the shoulders or a long prison term. In China, the costs of delegations, trips abroad, banquets, and the purchase of expensive items are also significantly reduced.

We live in an era of high-tech, high-tech, the further development of which requires more and more investments, including training. Today the volume of funds invested in the most developed countries in the training of scientists, engineers, technicians, highly skilled workers, exceeds the value of fixed production assets. That is, it was human capital that became the determining factor for development here. And we have? How and where have we invested our resources over the past 20 years?

Negative moments in the preparation and reproduction of scientific personnel in Russia have accumulated for a long time. But the most destructive blow was struck in the 90s, as a result of which the cyclic reproduction of frames was disrupted. Even then, analysis showed that the decade in which we now live will be the most difficult for scientists. Having been five or ten years behind the leading countries with the adoption of a nanotechnology program, we were even more late in taking measures for its staffing. 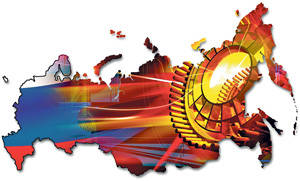 In the period of world transformation, our country in the last decade of the twentieth century moved in the opposite direction. The reduction in science spending was three times higher than the decline in GDP. In 1999, the expenses of all Russia on R & D were less than those of some of the world's leading companies. In monetary terms, this fall amounted to 43,3 billion rubles. As a result, the accumulated potential of scientific research has been largely spent. The gap between the generations is growing due to the discontinuity in obtaining practical and scientific knowledge.

The twentieth century was defined as the golden age of science and technology. And today science is one of the most important national treasures of any state. The level of its potential is the foundation for sustainable development. This is an axiom. A country that does not conduct scientific research, is not developing and introducing new technologies into the economy, risks losing its independence. In the same China, the goal of scientific and technological development before the 2020 year is defined as the construction of a state oriented towards innovation. Timing and indicators for achieving this goal are clearly marked:

Ctrl Enter
Noticed oshЫbku Highlight text and press. Ctrl + Enter
We are
The problems that our liberal government cannot solve become the problems of the peopleMilitary reform as an integral part of the security concept of the Russian Federation: Systematic dynamic assessment
34 comments
Information
Dear reader, to leave comments on the publication, you must to register.