"Forced sterilization" in the USA 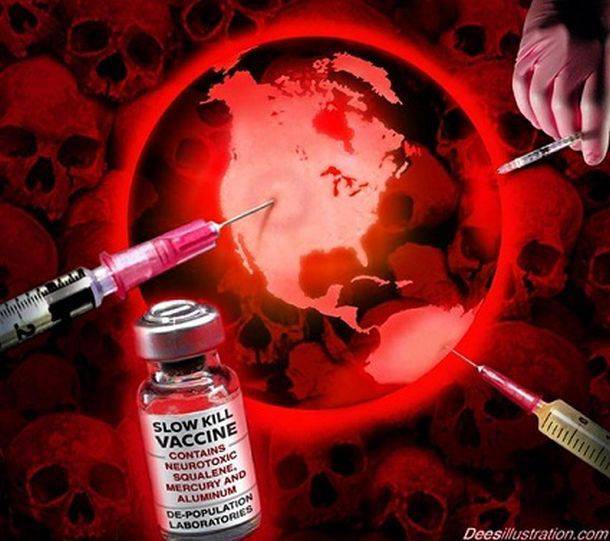 The US government has repeatedly secretly used the citizens of their country as guinea pigs. Moreover, more recently, frankly Nazi methods of limiting the number of certain groups of the population were enshrined here by law ... 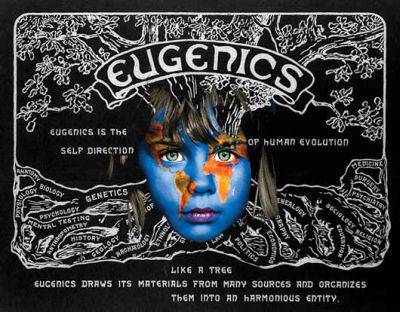 And the slide of the “most democratic country” into ordinary fascism began with fashionable scientific trends. At the beginning of the last century, the advanced circles of the United States struck the boom of eugenics - a very controversial philosophy about improving the human race through breeding and social engineering. In the Old World, being in the hands of Hitler, it led to the creation of fascist concentration camps and experiments on people. However, we should not forget that the American and German apologists for eugenics acted almost synchronously. Not accidentally, later, many Nazi executioners in white coats found shelter in the United States, where they worked for local health care for many years.

So, in 1907, the first regulatory act was passed in Indiana that legitimized the sterilization of “inferior” Americans. In turn, in 1913, Wisconsin became the first state where, as part of the struggle for the “purity of the nation,” a medical examination was introduced for people who wanted to get married. By the middle of the 20-s, two-thirds of the states already had laws prohibiting interracial marriages, and the 15 states had laws on forced sterilization.

The discrepancies in these documents were very extensive, moreover, the practical application of cruel norms faced procedural difficulties and civil protests. Then one of the leaders of American eugenics, New York professor Harry Laughlin developed the principles of a “model law” that could overcome constitutional control, turning sterilization into a common occurrence. And finally, 20 March 1924, the General Assembly of the State of Virginia, based on the development of Laughlin, adopts the "Law on racial integrity" and "The law on sexual sterilization of students in public institutions in some cases." These regulations, adopted by the package is not by chance, in fact, reduced millions of Americans to the position of livestock. 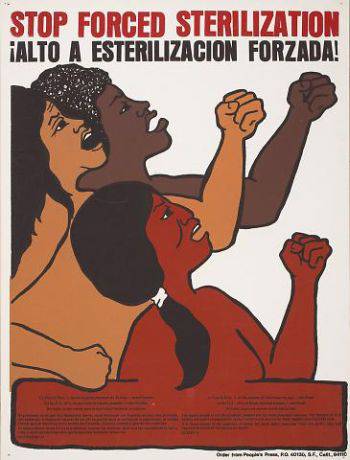 Say, the racial integrity law required that the racial identity of a US citizen be detailed at birth. At the same time, the act primitively and rudely cut the American population into two parts, in fact, white Europeans and all the rest, which besides Africans included Asians, Indians, Indians, Mongols and Malays. Secondly, he introduced the “rule of one drop,” which defined as “colored” people of all who had at least one African or Indian ancestor before the fourth generation. For comparison, the laws of the Confederation of slave states in the middle of the XIX century restricted the purity of blood to the third tribe, that is, grandmothers and grandfathers. Thus, sixty years after the adoption of the 13 th amendment to the US Constitution, which proclaimed the abolition of slavery, the policy of racial segregation more than won back the lost positions.

Needless to say, representatives of the “two worlds” were forbidden to marry each other on pain of imprisonment. Virginia's lawmakers defiantly executed an order from the White House. After all, the thirtieth US President Calvin Coolidge did not hide his Nazi convictions: “America must remain America. Biological laws show that the Nordic race worsens when mixed with others, ”he used to say.

In turn, the model law on sterilization provided for the forcible deprivation of the opportunity to have offspring for persons recognized as “feeble-minded”, and the range of such was very wide. For example, epileptics officially got into it, and in practice even deaf, blind and crippled.

In 1927, sterilization was confirmed at the federal level “de facto” when the US Supreme Court upheld the verdict of the state of Virginia, which decided to sterilize the mentally ill American. On behalf of the doctor and his victim, the trial became known as “Buck vs. Bell.” When making the decision, Chief Justice Oliver Holmes stressed that "the interests of the state to protect the purity of the gene pool outweigh the right of citizens to physical integrity." Carrie Buck was sterilized with surgery. A similar fate befell her mother and three-year-old daughter.

The Supreme Court ruling finally approved the position of forced sterilization in the United States. The Virginia Model Law, which successfully passed the "constitutional review", was adopted in 30 states.

... Of course, Adolf Hitler remained one of the most enthusiastic observers of all this action. In a few years, Germanic racial laws will be written off from ready-made American designs, and Harry Laughlin will receive an honorary doctorate from Heidelberg University. It is not surprising that, after a few more years at the Nuremberg Trials, Nazi doctors accused of monstrous crimes will in their justification make all possible reference to the experience of American justice and medicine. 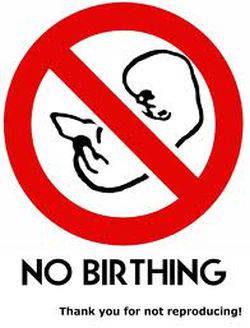 Hitler, however, having full power in his country, went a little further than teachers from the United States. In Nazi Germany, "sexual sterilization" openly and directly flowed from "racial integrity." More precisely, it was a direct consequence of "racial inferiority." In the USA, the eugenists could “reduce” two laws only for each specific case. This significantly hampered the scale of the “final solution” of the racial issue and caused envy of the unlimited possibilities of colleagues from the Reich.

“I hope your work will be completed successfully, and no subject will be missed. I regret that we do not have the right to put your measures into practice in Virginia, ”comments Walter Plecker, an American physician, about sterilization of 600 children in a letter to the director of the Nazi Bureau of Human Breeding, Walter Gross, in 1935. Recall that we are talking about the so-called "Rhine bastards" - the descendants of black soldiers of the French Foreign Legion and German women who were born during the occupation of the Rhineland after the First World War.

“The Germans beat us in our own game! ..” lamented the director of the State Hospital in Staunton, Dr. Joseph Dezharnet in 1938, the year. - Germany for six years sterilized about 80000 defective, and in the United States, where the population is twice as large, only 27869 was sterilized for two decades. Meanwhile, the fact that 12 of millions of defectives lives in the US should cause our additional efforts to make the most of the sterilization procedure. ”

It is not hard to guess that under “12 millions of defective” were meant by no means epileptics and “feeble-minded” - after all, so many African Americans lived in the United States on the eve of World War II ...

However, not only racial minorities fell under the flywheel of insane American laws. Around 4000, white Virginia residents were sterilized as unencumbered. “Bad-working, ignorant, worthless representatives of the anti-social class of white Southerners create social problems for normal people,” explained Harry Laughlin. “The number of defective offenders can be controlled only by limiting their ability to continue the race.” 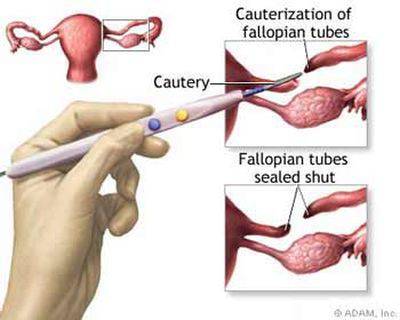 Thus, by the 1957, almost 60000 Americans had already been subjected to forced sterilization. Most often this happened in the form of a surgical operation: in men for ligation (excision) of the seed canals, in women - the fallopian tubes. In rare cases, patients were generally deprived of the gonads: the men were castrated, and the women had their ovaries removed. Very often, sterilization was carried out secretly "under cover" of another surgical procedure, for example, during the removal of appendicitis.

The list of states that used the most inhuman methods was sunny California with a large margin, where about 20 thousands of Americans were sterilized. The fact is that there were no legal mechanisms to challenge the decision of the medical board. In addition, a guardian’s decision was sufficient for the operation, even if his ward was completely healthy. In second place is Virginia, where by the year 1974 was sterilized more than eight thousand people. North Carolina closes the top three. But it was in this state that the sterilization program was particularly brutal. Whom to send to the operation, social workers decided here. I must say, they very willingly broke young lives, relying on the data of school tests ... 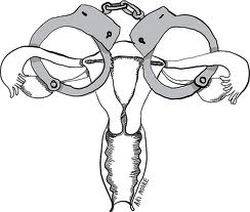 A typical example is the fate of Charles Holt, who was aimed at sterilizing an 13-year-old for bad behavior at school. There is no doubt that the favorite heroes of young Americans, daredevils Tom Sawyer and Huck Finn, if they lived a hundred years later, they would inevitably fall under the scalpel! .. It is noteworthy that telling the sad history Charles Holt, journalists of the New York Times accused wealthy businessmen of organizing eugenic terror in North Carolina, among whom Dr. Clarence Gamble, heir to the Procter & Gamble empire, played the first violin.

In Virginia, the racial integrity law was repealed in the 1967 year, the sterilization law in the 1979. Soon, other states followed this example. In 2002, the International Criminal Court included forced sterilization in the list of crimes against humanity. So this practice, conducted in the United States on behalf of the state, will forever remain an indelible stain of shame in the history of American democracy. This means that a number of American doctors, lawyers, scientists, politicians and businessmen rightfully deserve a place next to their Nazi accomplices. In Nuremberg, in 1946.

Ctrl Enter
Noticed oshЫbku Highlight text and press. Ctrl + Enter
We are
Hitler borrowed the technology of 'higher race' from the AmericansWomen who defeated fascism
51 comment
Information
Dear reader, to leave comments on the publication, you must to register.