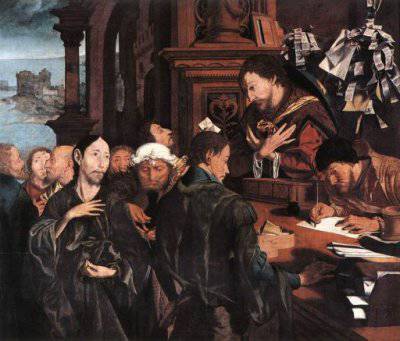 “Does anyone seriously believe that any European state can start a big war or that a large government loan can be issued if the Rothschilds house and people associated with it are against it?” Wrote the historian Hobson in 1905. "War? - Nonsense. My boys will not allow them, ”Frau Rothschild, the mother of five sons of the founder of the clan Mayer Amschel Bayer, whose name would coincide with the name“ Bayer ”of the leading company“ FarbenIndustrie ”, echoed him. But the war did not end and did not end.


However, before Frau Rothschild had the opportunity to talk about the likelihood of war, her husband 21 September 1769, gaining practice as an employee at Wolf Jakob Oppenheimer serving loans to members of royal families at the Oppenheimer bank house, who proudly called himself a “Jew of the Imperial Palace” nailed the sign on one of the houses of the Jewish quarter of Frankfurt am Main, occupying a similar position.

The sign depicted the coat of arms of the state of Hesse-Hanau, which included Frankfurt-am-Main, and the text below read: “M.A. Rothschild, His Highness Prince William of Hesse’s official court sales agent. ” Elector William IX, Landgrave of Hesse-Kassel, whose coat of arms was known in Germany from the Middle Ages, was the grandson of George II of England, cousin of George III, as well as the nephew of the King of Denmark and son-in-law of the King of Sweden. Obviously, his relatives were influential people, but what was much more important for Meier Rothschild was the fact that most European monarchs were debtors of the modest ruler of the Land of Hesse, and this would largely play a decisive role in the formation of the Rothschilds themselves, and Maine will take its special place in stories.

The history of the formation of the class of "court Jews" or "court factors" by another definition. According to the German-American philosopher of Jewish origin, the founder of the “theory of totalitarianism” Hannah Arendt, their standard of living was much higher than the standard of living of the middle class of that time, and in most cases their privileges were more than those that were given to merchants ... the sides of the state ... and their special services to governments prevented both their inclusion in the class system and folding into a separate class ”.

“All the army suppliers came out of the court factors,” says Heinrich Schneeler: “When studying the history of court factors in the era of early capitalism, you can outline a certain line with such names: Fugger, Oppenheimer and Wertheimer in Vienna, Libman, Komperts, Ephraim, Itzig, Isaac in Prussia, Behrens in Hannover, Lehmann in Halberstadt, Baruch and Oppenheim in Bonn, Seligman in Munich, Kaulla in Stuttgart and Rothschild in Frankfurt and Vienna. " All food supply issues for Bavaria in 1799 were in the hands of the sole supplier, court factor and banker Aaron Elias Zeligman from Leimen in the Palatinate. Austria was served by the families of the Oppenheimers, Wertheimers, Wetzlarov von Plankenstern, the Arnsteiners and Excelles.

Polish prince Vladislav repeated in letters: “Pecunia nervus belli” - “Money is the nerve of war”. During the Thirty Years' War, a natural shortage of bread occurred, as a result, prices for it in Europe rose sharply, and Wetzlar von Plankenshtern, being an army supplier in the imperial service, became a multimillionaire. And after it began the separation of "court factors."

In general, their appearance was provoked by the fact that, remaining in virtue of the position of non-citizens in relation to the countries of residence, the Jewish communities were not obliged to take part in the conflict on any side and gradually took shape in a group serving the military conflict, engaged in military supplies. Supplies, whose timeliness, completeness and financial coverage undoubtedly influenced the course of the war, somehow dragged factors into political intrigues as a result of which “the Jews became financial advisers and assistants in the conclusion of peace treaties, as well as ... suppliers News”, Which happened quite naturally when they had to move between countries on the supply of warring parties.

Frederick Morton describes how “the mail was transported in a specially-made double-bottomed carriage, and for correspondence, old Mayer invented a special cipher. It was a mixture of Yiddish, Hebrew and German, flavored with a system of special designations and encrypted names ”- this was how another“ nerve of war ”was groped.

Commander Raymond Montekoukuli, a participant in the events, understood the main military strategy: “For a war, only three things are needed - money, money, and more money.” It should be noted that wars due to the considerable financial burden on the population of the belligerent as a rule were conducted on credit, which was another area of ​​“military service”: “every princely house and every monarch in Europe already had a court Jew who was engaged in financial matters. In the 17th and 18th centuries, these court Jews were always separate individuals with common European connections and a common European credit. ”

Schnee also mentions the participation of Jewish financiers in the Seven Years War. She cost someone earned 2 million 220 thousand thalers. The decision to issue a loan was already made by a narrow group of military suppliers by subjects of military conflicts, since their beginning and outcome often depended on getting it, which the lenders gave out according to their personal preferences. For example, the community of the Hessian city of Worms supported Emperor Henry IV in his struggle with the Pope, for which they were exempted from paying duties. When King Sigismund turned for money to wage war against the Hussites, the city’s Jewish community refused him, in fact it was the beginnings of a “programmed history.”

The ability to program the history of the “game owners” according to Heinrich Schnee led to the fact that “the whole system of privileges characteristic of the nascent bureaucracy of that time united the factors of the court into a single caste within the co-religionists”, as well as the universal reach of influence.

The thought is further developed by another German historian, Hannah Arendt: “Everywhere, individual Jews shifted from a situation of complete powerlessness to a situation, sometimes brilliant, but always influential, court Jews, who financed the affairs of the state, they enjoyed collective privileges and were separated as groups from their less affluent and useful fellow even in the same country. "

With each new war, the state needed more and more financing. In 1722, Max Emanuel of Bavaria laid out to the court banker Isaac all income and profits from 950 loans in thousands of florins, while Wolf Wertheimer became the beneficiary of Habsburg domestic and external revenues exchange for a loan in the size of 1,2 million florintov. In 1808, Bavaria customs fees went in favor of Aaron Elias Zeligman in exchange for 4 million. Oppenheimer laid out all the revenues of Austria, whose debt dependency led to the fact that in the period from 1695 to 1739, she was already given 35 million of florins in the period, and the death of Samuel Oppenheimer in 1703, led to a serious financial crisis for both the state and the emperor. ” Oppenheimer had such a brilliant career that “almost all the court Jews of Germany were in his service. There is not a single family of court factors that would not be mentioned in his acts as a family of associates or assistants. ”

The hero of Feuchtwanger’s novel, Joseph Süss Oppenheimer, the first confidant of Karl-Alexander, Duke of Württemberg, gained notoriety. Making his way to the heights of power, he led a radical personnel policy in which “Duke’s advisors were replaced by Oppenheimer's dashing creations”, which helped him concentrate in his hands the monopoly on the trade in salt, skin and alcohol. In 1738, on the night of the Duke’s death, he was immediately tried and hanged in a cage, forbidding him to take the body off for six more years, such unforgettable impressions left him with radical market reforms that in some opinion resembled Russian 90’s, including an attempt to shoot the dissenting parliament the guns.

The logical conclusion from this story was the understanding that the best power is a secret power, because it is irresponsible and making history is much safer to act on behalf of monarchs and politicians, staying in the shadow and with a fee. Already in 1868, Abraham Oppenheim again entered the “inner circle” of King William I. Nobel Prize in Physics Gustav Ludwig Hertz, who will appear twice in this book, will be a descendant of the Oppenheimer family clan.

According to Hannah Arendt: “at the end of the XVIII century. The 400 Jewish families formed one of the wealthiest groups in Berlin ”, their situation was so noticeable that Prussian Christian Wilhelm Dom“ lamented the practice that had been established since the times of Friedrich Wilhelm I, when “rich honors and support” were often found, and often “ to the detriment and neglect of the interests of the assiduous legitimate [i.e. non-Jews] citizens ”, thus“ privileged Jews received noble titles as something customary, so even outwardly they were more than just wealthy people. ”

Ctrl Enter
Noticed oshЫbku Highlight text and press. Ctrl + Enter
We are
Father toldRusso-Japanese War 1904-1905's. State of the Russian fleet. Bad luck and missed opportunities
27 comments
Information
Dear reader, to leave comments on the publication, you must to register.