"Cowboy" got on the tank 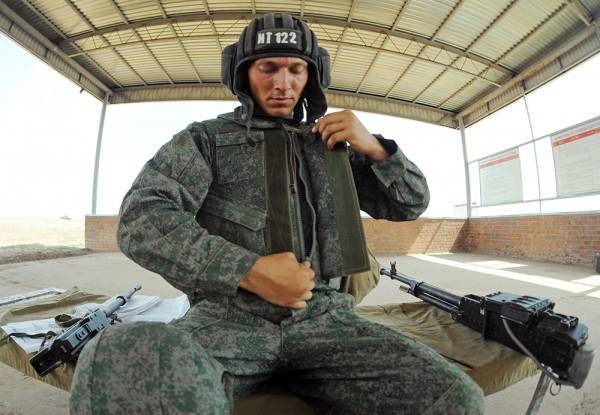 New individual means of protecting soldiers and officers from thermal damage, bullets and shrapnel began to flow en masse into the Russian army.


The first batch of 6B15 “Cowboy” refractory sets is already being tried on by armored vehicle crews from the military unit of the Eastern Military District’s cover, which is deployed in the Jewish Autonomous Region. According to Lieutenant Colonel Alexander Gordeyev, chief of the press service of the BBO, to fully provide all such means of protection tank the crews of the Amur combined arms army are planned until July next year.

In the armored car especially you will not turn around, so the new defense of the soldiers and officers made quite compact. The kit, called the "Cowboy", consists of a bulletproof vest, lining up for a tank headset and a fireproof overalls.

A bullet-proof vest will protect the military officer’s back and chest from splinters and bullets, and his fire-proof overalls can withstand temperatures up to 300 degrees Celsius. In addition, the material of the suit is able for some time to resist open fire. Designers of military clothing say that he is guaranteed to save the life of a soldier or officer if burning fuel splashes onto his uniform.

This is not the first protective kit adopted by our army. Two years ago, the engineering troops of the Ministry of Defense began to send special uniforms "Dublon", designed mainly to equip demining units. This kit is not afraid of bullets or shrapnel shells, bombs and rockets.

Flame retardant overalls can withstand temperatures up to 300 degrees and withstand open fire
Protective suit covers not only the head and chest of a person, but also his arms and legs. And the use of more than fifty light titanium elements in the design allows the serviceman to move quickly from place to place. For the sappers in battle, the enemy conducts a real hunt, therefore, the “motor” and protective advantages of “Dublon” were immediately appreciated by the troops. Even earlier, this was done at the Ministry of Internal Affairs, where the analogue of the military unit, the militia Zaslon, is successfully used.

The work on the creation of promising military equipment for soldiers and officers of the Russian army is also being completed. According to Deputy Defense Minister Yury Borisov, dozens of defense industry enterprises are involved in this process. They promise to give the military a product that is not inferior in its characteristics to the best world standards.

It is known that the new equipment "Warrior" will be integrated. That is, combining high functionality and reliable protection. Ten subsystems will provide the fighter with the opportunity to communicate with the commander in the conditions of strong radio interference, receive and transmit intelligence information, shoot without a miss and at the same time not be afraid that the task is interrupted by a stray bullet.

In addition, military equipment is made modular. For example, if a motorized rifle company will have to fight in a desert area, soldiers and officers will use only its elements. In the mountains - the second, in the settlements - the third. The approach of the generals to ordering new equipment is this: they do not want to buy separately batteries for radios, personal navigation devices, reconnaissance and so on.

Customers from the Ministry of Defense require: everything must mate with each other and not turn the soldier into a heavy truck. 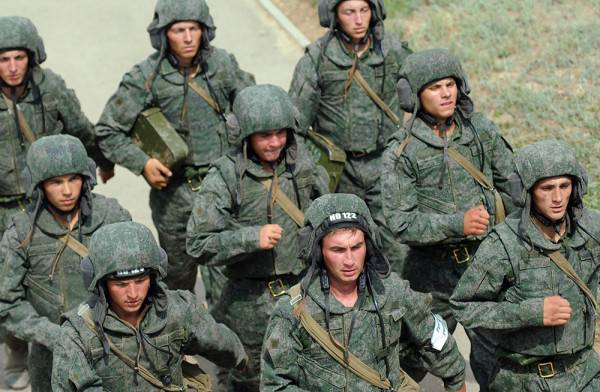 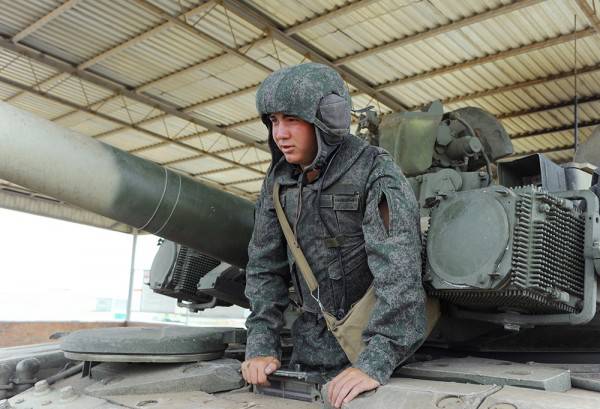 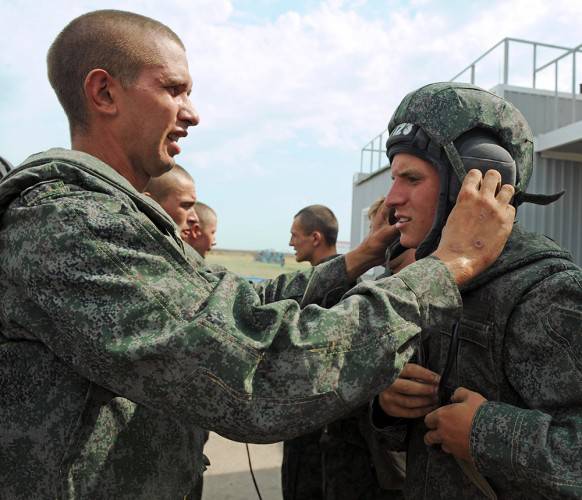 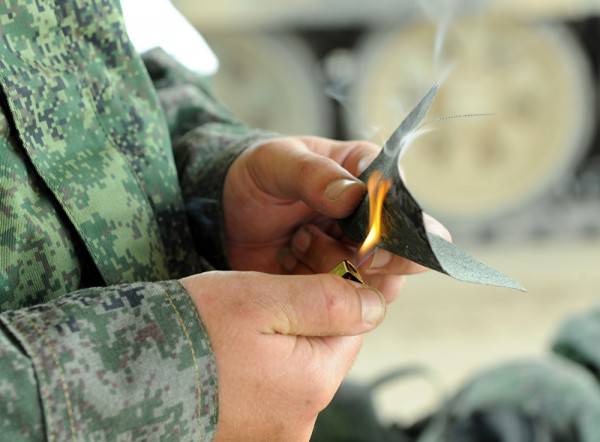 Ctrl Enter
Noticed oshЫbku Highlight text and press. Ctrl + Enter
We are
Innovation Day of the Southern Military District: Pictures from the ExhibitionSave your body! Overview of foreign products in the field of wearable protection
65 comments
Information
Dear reader, to leave comments on the publication, you must to register.