Soviet era in the most iconic photographs of Markov-Greenberg

November 13 2013
18
7 November 1907 was born in Rostov-on-Don, the famous photo reporter Mark Markov-Greenberg was born. His works, which became real symbols of their time, firmly occupied their place in the classics of Soviet photography. We present you the landmark works of the author of the period 30-40. 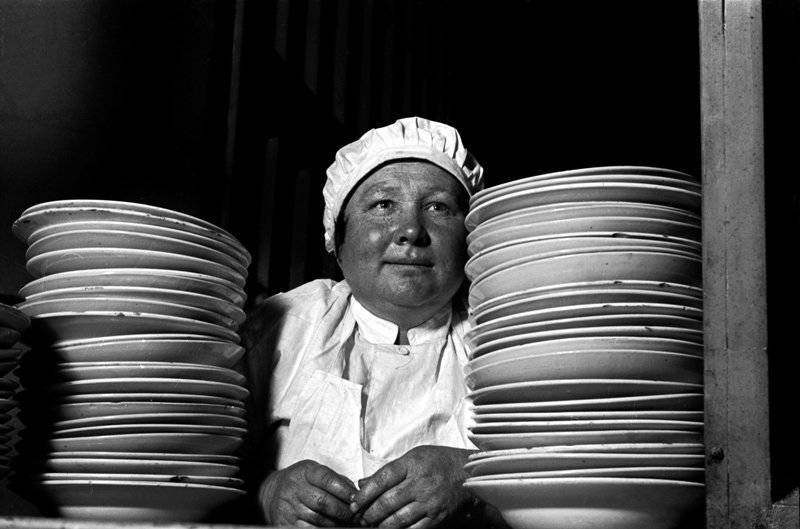 1. Cook, 1930 year.
Having moved to Moscow in 1926, Markov-Greenberg began work in the magazine Smena. The photographer traveled around the country a lot, fixed the successes of socialist construction, the first collective farms. I photographed both famous people and ordinary “builders of communism”. 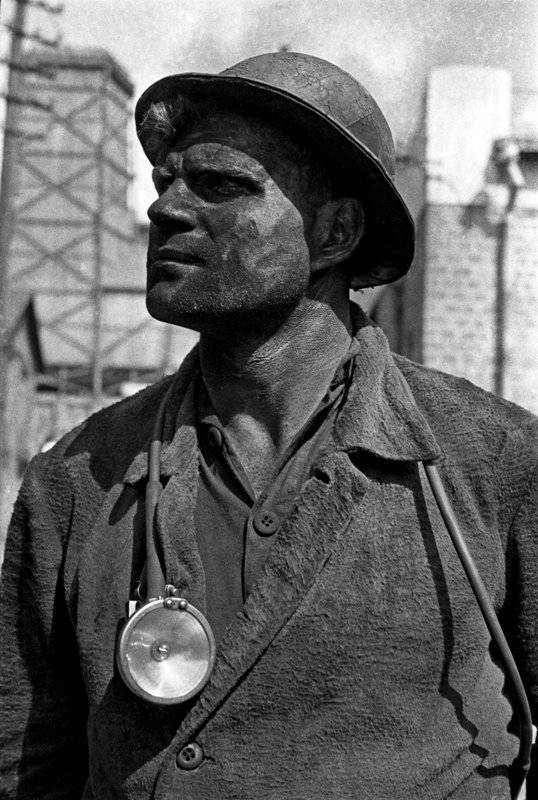 2. Portrait of a miner Nikita Izotov, 1934 year.
Nikita Izotov in a mining helmet, covered with coal dust, photographed as a monument. This is a monument to the drummer, the Stakhanovist. The miner is presented as an ancient hero, challenging the gods, biting into the bowels of the earth. 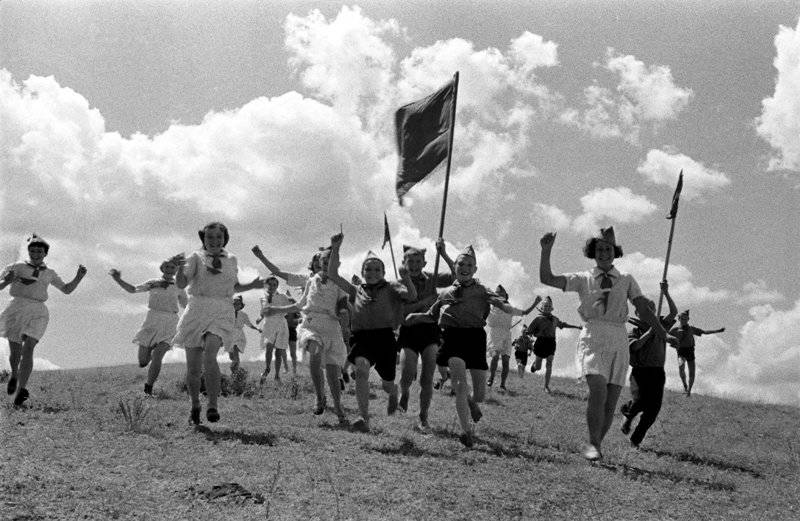 3. Military-sports game "Zarnitsa", 1930-ies.
In the first decades of the Soviet Union - a period of global change - photographers were not tasked to remove the present. It was much more important to see in it the germs of a future that might never have been destined to come true. Photographers translated ordinary prose of life into the language of a heroic epic, transforming reality. 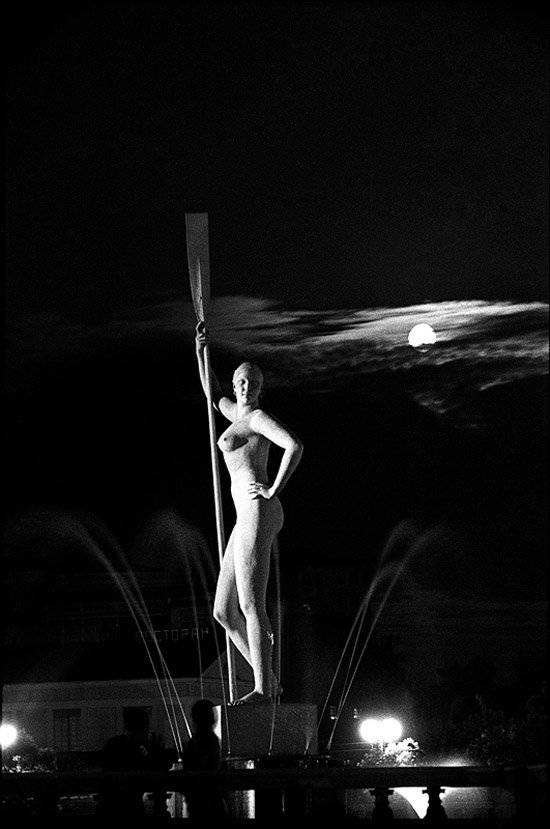 4. "Girl with a paddle," at night in Gorky Park. Gorky, 1930 year.
The main task of the reporters of this era was to be able to convince viewers of the greatness of the Soviet reality with their pictures. Markov-Greenberg photos just had such a happy gift of conviction. 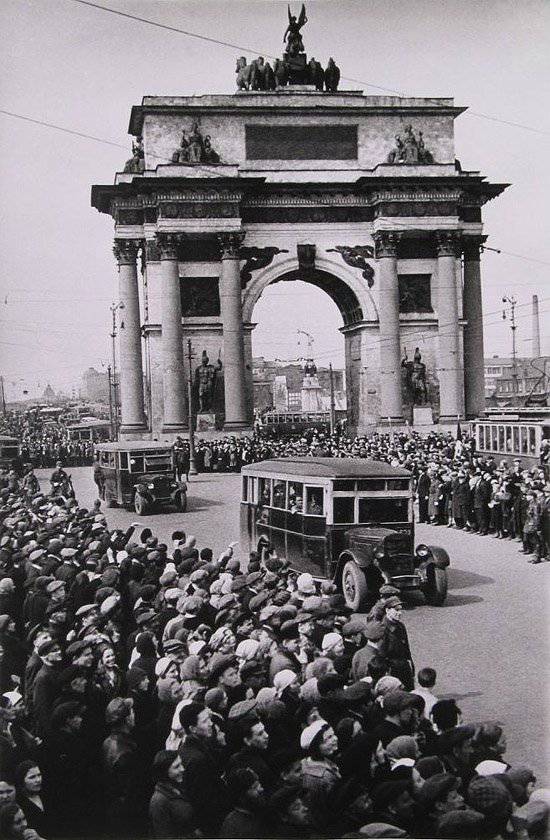 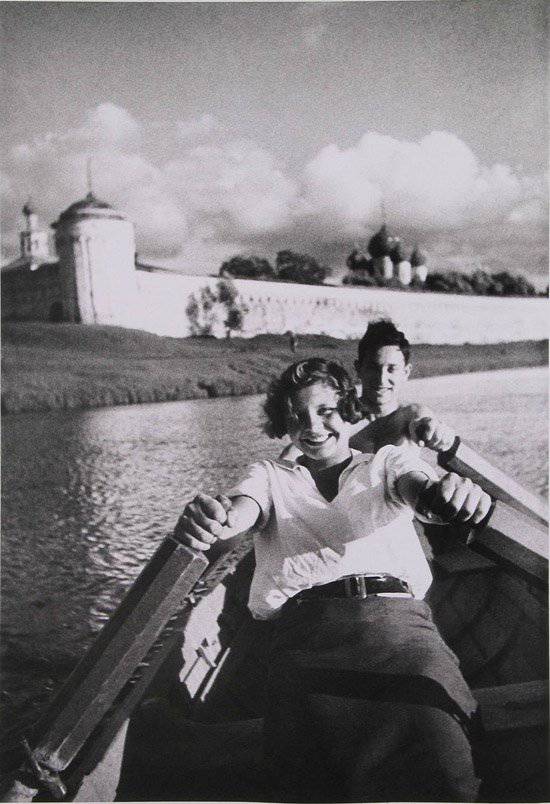 6. Youth. The rest house of the plant of the Moscow plant Elektrokombinat in Kalyazin, 1932 year.
In the background is the Trinity Monastery, which fell into the flood zone in connection with the creation of the Uglich reservoir. 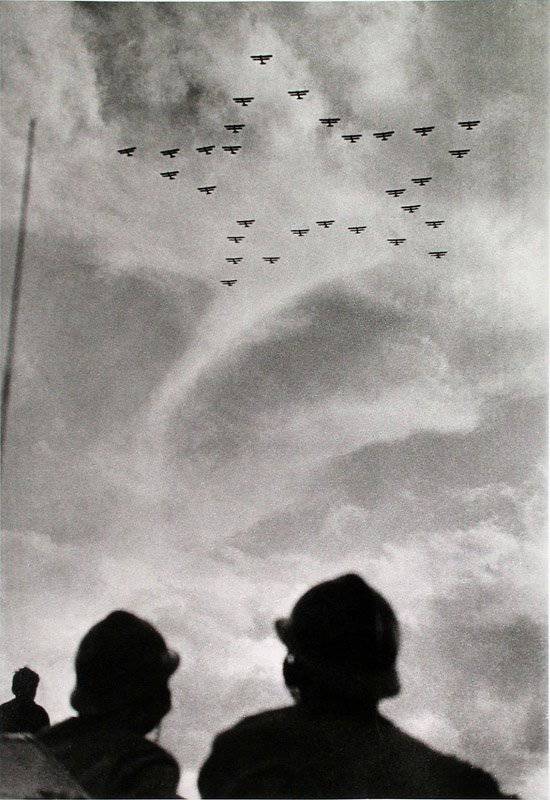 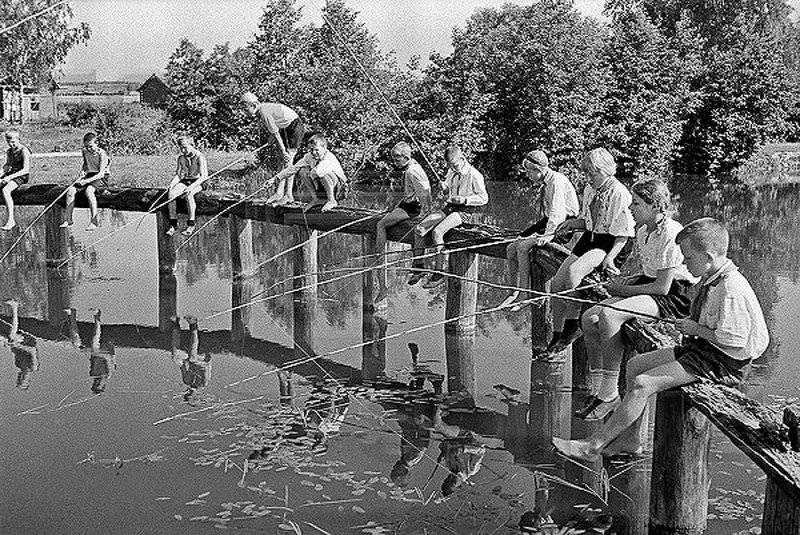 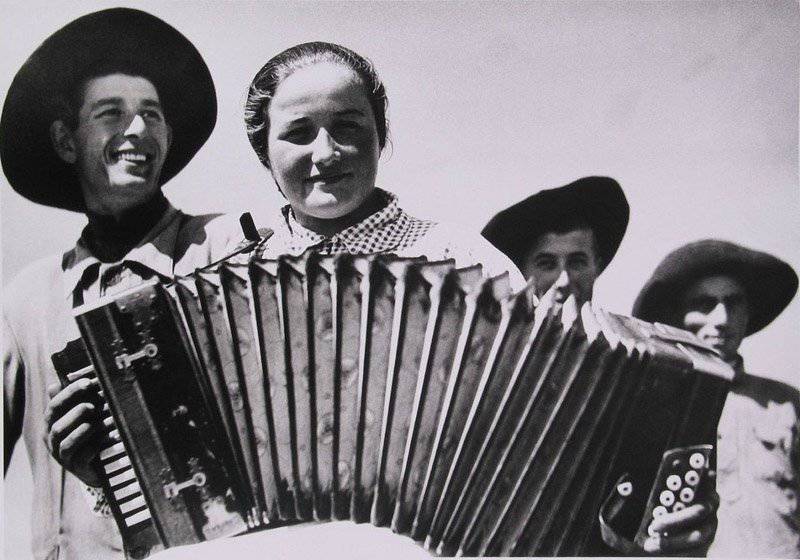 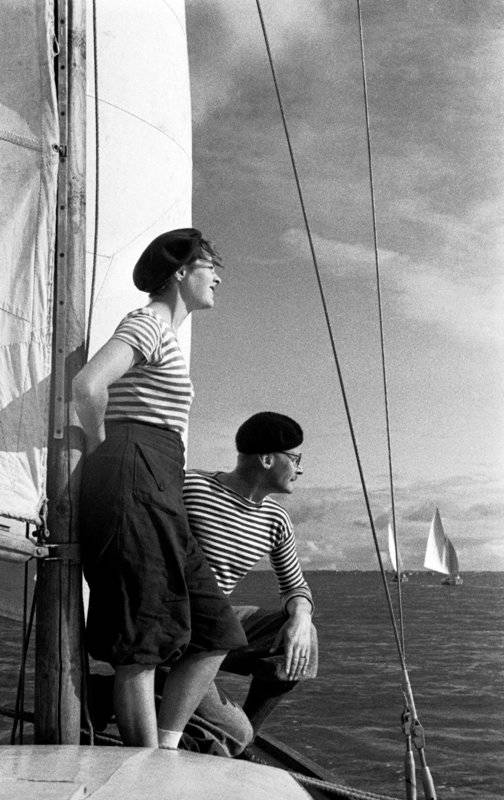 10. Sailing on Lake Seliger, 1930's.
It is worth noting that Markov-Greenberg himself, like many other photojournalists of that time, didn’t seem to notice this transformation of reality. The author himself did not find discrepancies between the picture and the life that he was shooting. Moreover, he argued that just the lack of a transformation of reality, loyalty to "realism" was his personal goal. 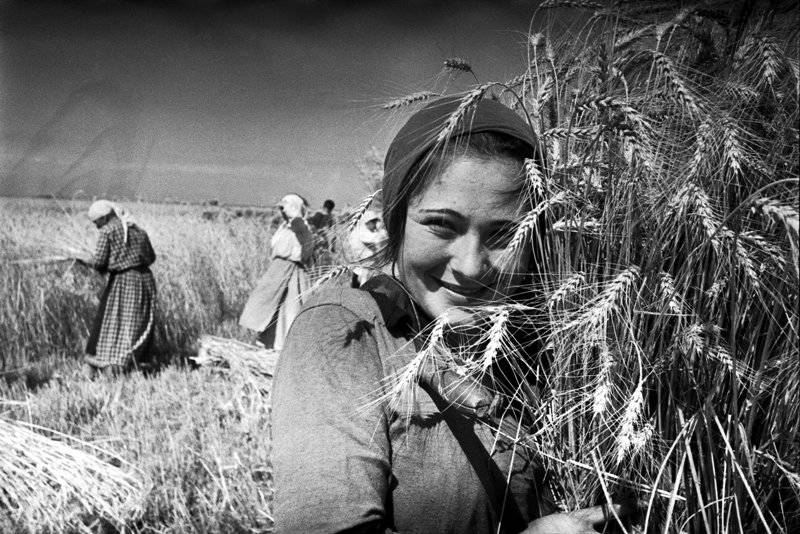 11. Youth agricultural brigade. Harvesting grain. South of Russia, 1930-s.
In Soviet photography, reality was pre-filtered and processed. The life in the picture should have been depicted according to the given setting. At the same time she was always believed, for millions of people she served as proof of what the newspapers write about. 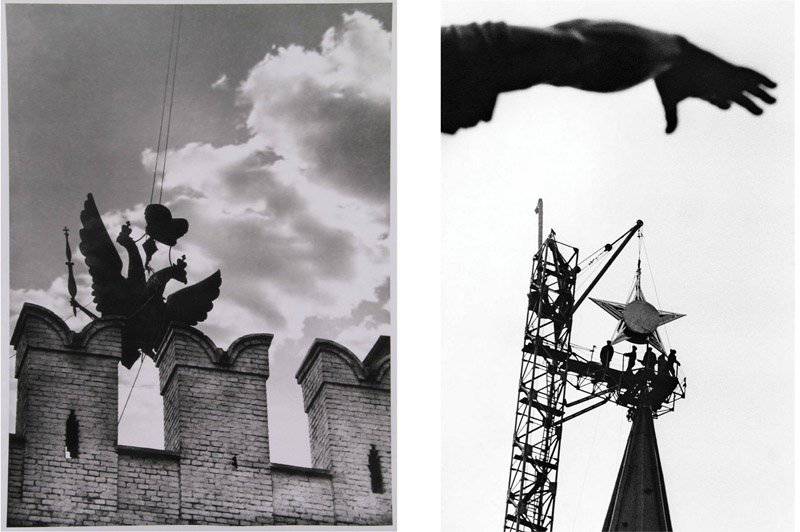 12. "Turn stories"(Another name:" From now and forever "). Removal of eagles and installation of a star on the Kremlin tower, 1935 year.
From the memoirs of the author about the work on the pictures: “I climbed onto the tower, on which a rather primitive structure was mounted - neither the present fences adopted in such cases, nor other safety equipment were used. And then there's the star in the frame is not included - it is necessary to get out on some kind of bracket. It was scary. But a little used to the height and still took off. True, I had to make a panorama of two frames with an 35 mm lens - the star still didn’t fit in one frame ... ” 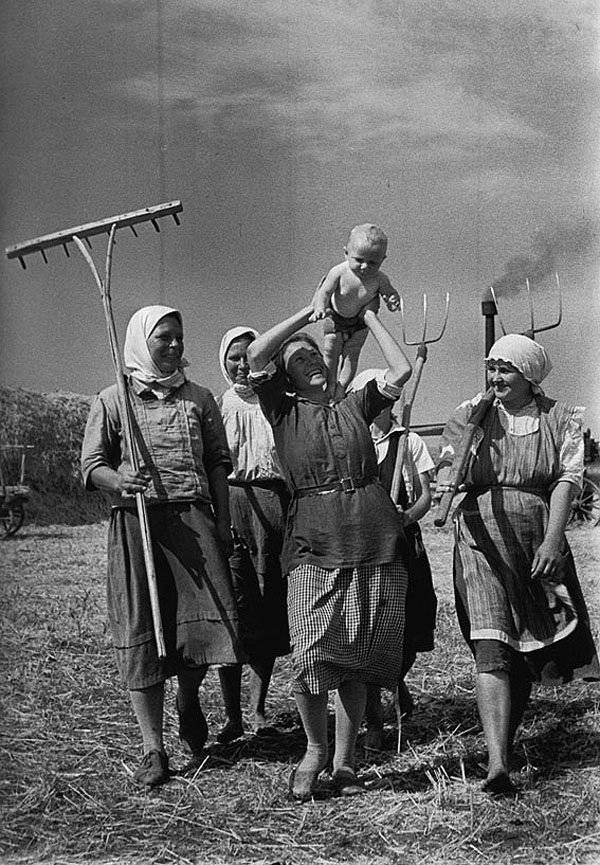 13. “Happy Motherhood”, 1935 year.
The Soviet people were given the choice of becoming heroes or giving birth to new heroes. 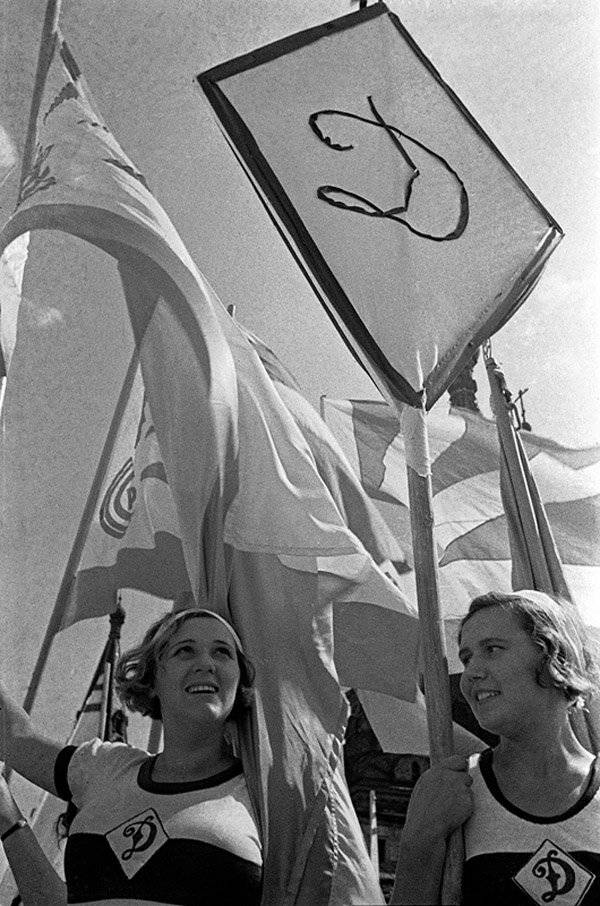 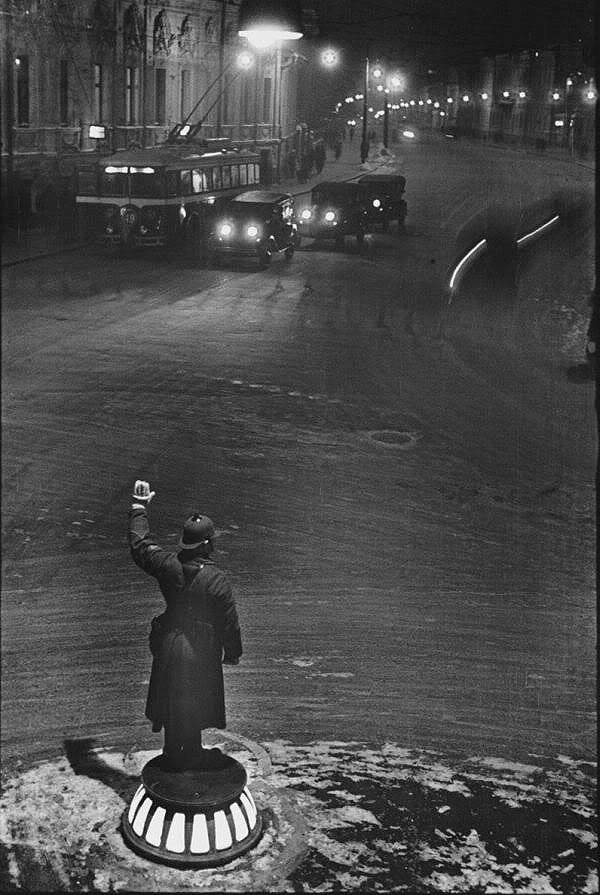 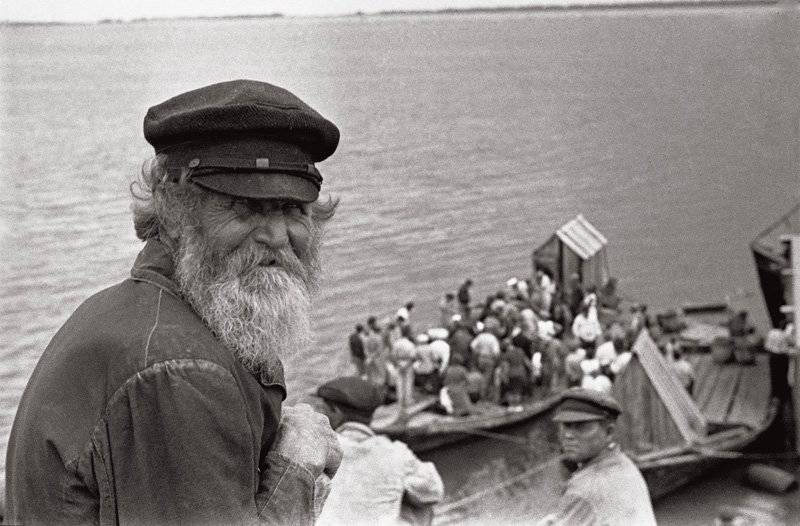 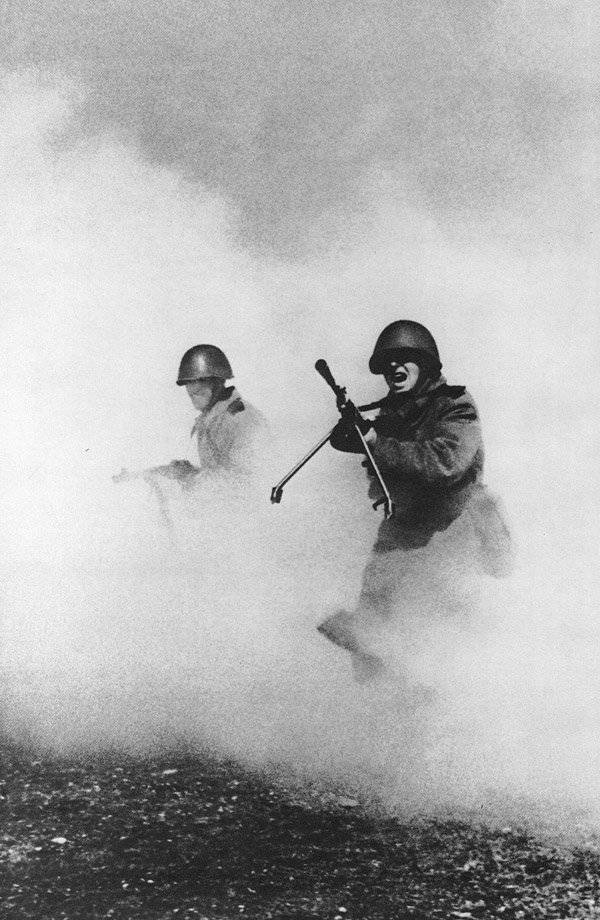 17. For the Motherland! 1943 year.
Especially distinguished in the work of the photographer during the war period. In September 1941, Markov-Greenberg was sent as a private to the front. He participated in battles as a signalman, but he always photographed - he recorded moments of battles and rare moments of rest. 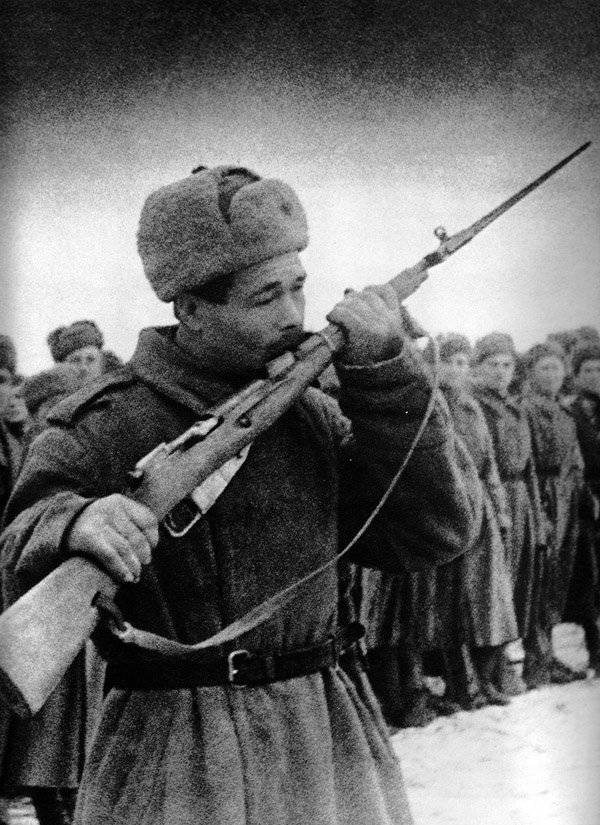 18. Warrior's Oath, 1943 year.
In July, the army’s political department 1943 sent a photographer to the army’s newspaper, Word of a Soldier. 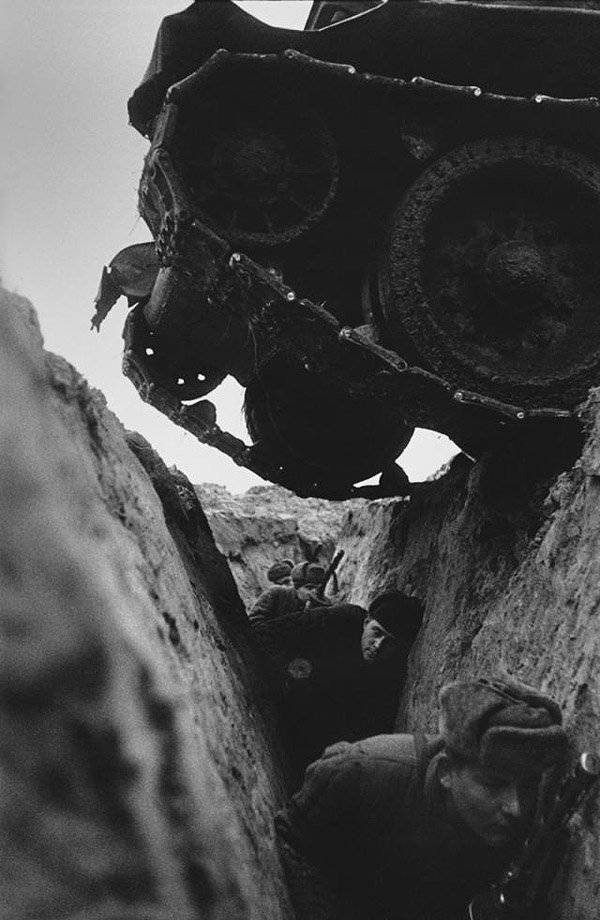 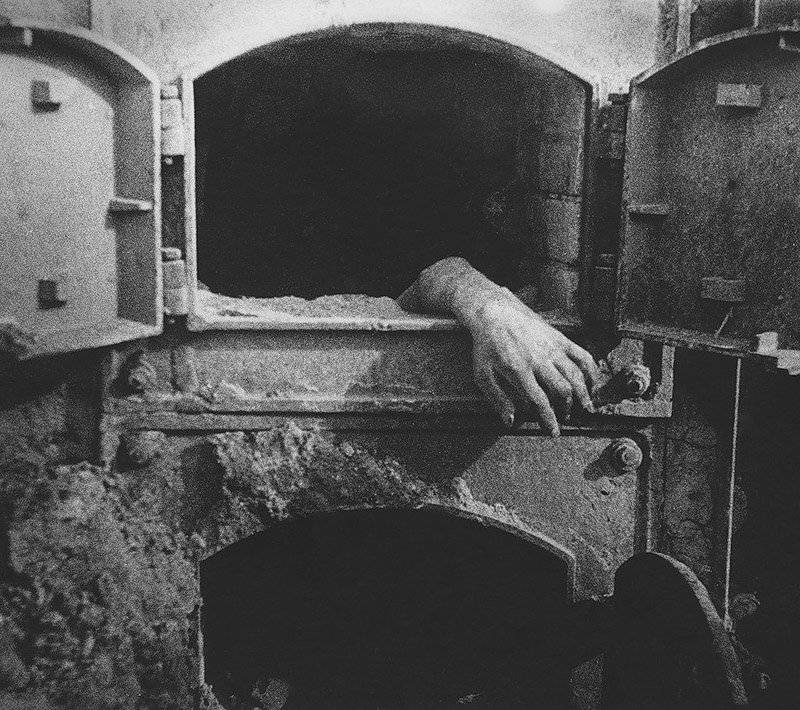 20. West Prussia, Germany, May 1945 of the year. Human remains in the furnace of the crematorium of the Stutthof concentration camp. Location: Danzig neighborhood (now Gdansk, Poland).
Ctrl Enter
Noticed oshЫbku Highlight text and press. Ctrl + Enter
We are
The action “Military service under the contract is your choice!” In Rostov-on-Don: future contract servicemen, exhibitions and “Russian Knights”Jamahiriya in the photos of the beginning of 80's
18 comments
Information
Dear reader, to leave comments on the publication, you must to register.