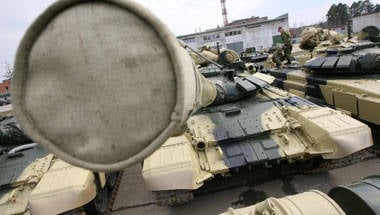 Despite the fact that the Russian military-industrial complex received a penny by the state defense order, the army received only two thirds of the ordered samples.

The former St. Petersburg businessman B. Nakonechny, now occupying the post of deputy head of the armaments department of the Ministry of Defense of the Russian Federation, said recently that because of the "weak organization of the work of the top executives and the ineffective work of the institute of federal designers, the state defense order for 2010 was disrupted." According to Nakonechny, as a result, last year the Armed Forces of the Russian Federation did not receive two submarines of the 955 project and one - of the 885 project and the corvette of the 20380 project. Of the 151 unit planned for delivery, the BMP-3 unit was delivered to all 78, out of nine Yak-130 aircraft only six were delivered.

It is clear that the words of Nakonechny are only a small part of the truth. Just recently, just the other day, Deputy Prime Minister Sergei Ivanov gave a real uniform to the leadership of Roskosmos, for exactly the same thing. The results of the fulfillment of the order here turned out to be deplorable, of the 11 planned spacecraft by Roscosmos, only five were delivered.

The results, of course, are disappointing, but nevertheless, the words of Mr. Nakonechny regarding the submarine nuclear submarines of Project 955 look, to put it mildly, quite strange. It is unclear how a specialist, by the nature of his career, obliged to know the arsenal of weapons thoroughly, could have expected that the Ministry of Defense would be able to procure two strategic nuclear submarines of Project 955 at once within one year. It was hoped that it would be possible to put into service fleet the nuclear ship "Yuri Dolgoruky" stuck in Severodvinsk. The ship is ready, it remained only to arm it. But while the armament is still not quite ready, bringing to mind the Bulava ballistic missile, as you know, has somewhat dragged on.

The second cruiser project 955 was launched on December 6 2010, just three months ago, and certainly could not be included in the state defense order-2010.

The same can be said about the boat project 855. Most likely, we are talking about the multipurpose nuclear submarine “Severodvinsk”, by the time the state defense order was approved, it had not even been launched yet.

Mr. Nakonechny is still not well entered into the course of affairs in a new place for him, let's hope that with time he will understand, there would be a desire. The real situation with the rearmament of the army and navy looks like this. In 2010, Russia spent just a huge amount on financing state defense orders - 1 trillion 174 billion rubles. What did you get? Full statistics unknown. For example, it is completely incomprehensible what and in what volume the strategic nuclear forces received. By parts of general purpose forces known that 2010 radar defense was put in 16 year, 8 spacecraft, 23 aircraft, 37 helicopters, 19 SAM, 6 launchers missile system of the Land Forces, 61 tank almost 400 armored combat vehicles and 6,5 thousand cars. Such figures were voiced by Deputy Minister of Defense of the Russian Federation Vladimir Popovkin.

One of the Russian editions, making simple calculations, concluded that, on the whole, the state defense order in 2010 was completed by no more than 70%. In any other developed country, such a figure would be considered a failure. Under the conditions of the current Russian realities, this is almost a success. For example, in 2009, the state defense order according to the calculations of the Accounts Chamber of the Russian Federation was carried out in terms of tasks by 41,9%, and in terms of volume of work - by 64,9%. At the same time, the Ministry of Defense financed the order in full.

This situation looks very strange and needs to be explained. Why, for example, recently India for a certain amount could buy from us 100 tanksand the native Russian army received only 14 combat vehicles for the same money?

One of the reasons is known by the Chief Military Prosecutor of the Russian Federation, Colonel-General of Justice S. Fridinsky. According to him, the scale of corruption in the Russian state defense order system is simply amazing. “Sometimes it seems that people just lost their sense of proportion and conscience. The amounts of theft are often shocking, ”the military prosecutor admits.

As an example, Fridinsky cited a recent criminal case against a group of officials of the Main Military Medical Directorate and the State Order Department of the Ministry of Defense (the same one where the deputy director of the department is so concerned about the failure of the state defense order-2010, Mr. Nakonechny). Some time ago, the persons involved in the case entered into a state contract with a commercial company for the supply of X-ray machines worth over 26 million rubles. As it turned out later, the cost of the purchased units was overstated by more than three times, the damage caused to the state is estimated at 17 with more than million rubles.

It turns out that at least two thirds of the amount allocated from the defense budget, military officials have pushed into their pockets. If we assume that this is an approximate average "standard" of army corruption, then it turns out that from the planned weapons program on 2011-2020 19 trillions at least 11-12 trillions will be diverted.

The question arises: how to deal with this evil? Perhaps, for example, as they do in America? According to the representative of the Russian Institute for Strategic Studies, Grigory Tishchenko at the Pentagon, the staff of the control and audit services is 1200 employees. The performance of each military auditor - 2,3 million dollars a year. In the Russian Ministry, the same tasks are performed by all 70 officials. Another question hangs in the air. Why, then, is the main manager of state trillions, Russian Defense Minister Anatoly Serdyukov, who so likes to refer to the US experience, does not want to learn from their experience in this matter?

No matter how sad it was to admit it, but the obvious answer to this question lies on the surface ...