To the military-political situation in Mali. On the struggle of Africa with the "international community" 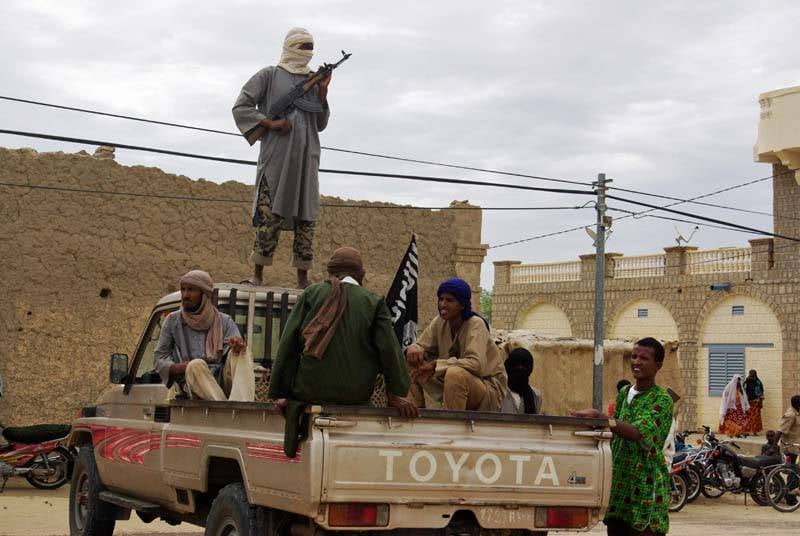 After the world media attracted worldwide attention at the beginning of the year to the events in the Republic of Mali, this country in West Africa, numbering 15’s millions of people and several hundred thousand refugees and internally displaced persons, was again suddenly “forgotten” again. Nevertheless, although the heat of the war in Mali was asleep, the war itself was far from over ... In addition, important political changes took place in Mali.


First, another change of power took place, this time in a legal manner. 28 July in the Republic of Mali was the first round of presidential elections, in which 27 candidates took part. None of the candidates received an absolute majority of votes, and voters gave the greatest preference to former Prime Minister Ibrahim Boubacar Keite, who received almost 40% of votes, and former Finance Minister Sumaile Sise (about 20% of votes). On August 11, the second round of elections took place, in which IB Keith won with 77% votes.

Although there are a number of factors on the basis of which the legality of these elections could be challenged (the holding of elections in military conditions, (1) lawsuits filed by some candidates to the country's Constitutional Court, the recognition by Sumaila Cissé of his defeat only after a meeting with the representative of the UN Secretary General) Observers recognized the elections as “free, transparent and credible.”

The new president of Mali, 68-year-old Ibrahim Boubacar Keita can rightfully be considered the patriarch of the Malian political scene. Unlike previous presidents who had close ties with the socialist community (Amadou Toumani Toure studied and worked in the USSR, Alpha Umar Konare - in the Polish People's Republic) Ibrahim Bubakar Keita has strong ties with the West. He graduated from several educational institutions in France, including the Sorbonne University, worked in European humanitarian organizations. In 1990-2001, he was the leader of the Alliance for Democracy party in Mali. From 1994 to 2000, he served as Prime Minister of Mali, and from 2001 to 2007, he served as Chairman of the National Assembly (Parliament). In the penultimate presidential election, Keita lost to Amadou Toumani Toure (ousted in March 2012 of the year) with a result of 19% against 71%. And now Keita is winning, but in a situation when his main rival is overthrown and deprived of the opportunity to participate in political life ...

Among the first steps of the new president it is necessary to note the strengthening of his power. At the end of October, Keita dismissed Amadou Sanogo, head of the military committee overseeing the reform of the army of March 9 2012 organizer of the military coup (after the coup, was promoted to lieutenant general), and then arrested him. In addition, the government signed important agreements with several rebel groups and re-established the Ministry of Armistice and Northern Development.

Secondly, it should be noted the military victories of the army of Mali and the French-UN troops, which in turn led to serious regroupments in the camp of the opposition and terrorist groups. The movement for unity and jihad in West Africa, Ansar ad-Din and Al-Qaida in the Islamic Maghreb suffered great losses, their operational capabilities have been significantly undermined. These groups broke up into smaller ones, and the militants that were part of them mixed with the local population, fled to neighboring countries, or joined other formations. New groups were formed, including the Muslim movement Azawad, the High Council of Azawad, and the Arab movement Azawad. The first two groups consist mainly of militants from the National Movement for the Liberation of Azawad and Ansar ad-Din, and the Muslim movement Azawad subsequently became part of the High Council of Azawad. As for the Arab movement Azawad, it consists mainly of Arab fighters. In late August, the Movement for Unity and Jihad in West Africa announced that it had merged with the breakaway al-Qaida cell in the Islamic Maghreb, led by Mokhtar Belmokhtar, and formed a new group called Al-Murabitun.

Clashes continue between various opposition forces. For example, clashes took place in the summer between the Arab Movement of Azawad (ADA) and the National Movement for the Liberation of Azawad in Lerneb, west of the city of Timbuktu, and near Lake Fagibin, north of Timbuktu. At the same time, the ADA threatened to launch an attack on In-Khalil, a point near the Algerian border in the Kidal region, from its position in In-Afarak. 13 August in Bordj-el-Mukhtar in southern Algeria, near the border with Mali, an exchange of fire broke out between groups of Arabs and Tuareg. As reported, as a result of these clashes, dozens of people were killed. 14 August clashes in In-Khalil allegedly in connection with the incidents in Bordj-el-Mukhtar.

Despite the almost complete oblivion in the media of the French invasion of Mali, Operation Serval continues. According to the UN Secretary-General, there have been no major clashes lately, but a significant number of units have been captured. weapons, ammunition and a large amount of explosives, points of manufacture of improvised explosive devices were found. Total seized more than thirteen tons of weapons and ammunition. (3) According to the French government, now in the framework of Operation Serval, no active hostilities are being undertaken. However, since July 1, 2013, French military units participating in Operation Serval and the United Nations Mission in Mali (MINUSMA) conducted about fifteen joint activities. (4)

5 November French Foreign Minister L. Fabius said that French troops remain in Mali until the start of the 2014 year, when their planned withdrawal should begin. Now in Mali there are about 3 thousands of French troops. (5) The complexity of the operations of MINUSMA and the French invasion forces is caused not only by the military situation, but also by the climate. 65% of Mali’s territory (which is twice the size of France’s territory) is desert or semi-desert. The temperature in Timbuktu (the western sector of MINUSMA headquarters) regularly reaches 50 degrees Celsius and more. At this temperature, many military instruments simply melt. (6)

Assessing the development of events in Mali after the French invasion of January 2013, it must be emphasized that the main result of this period was the replacement of the African Union peacekeeping operation (AFISMA) with a UN peacekeeping operation. More than 6 of thousands of servicemen have been transferred to MINUSMA.

The struggle of Africans against the “international community” for the right to solve their problems is independently in the active phase and passes with varying success. Africans managed to repel the attack of Belgium, which demanded that the former President of Chad Hissène Habré (for which the special African court was created) be handed over to the International Court of Justice, but so far failed to stop the criminal prosecution against the president and vice-president of Kenya Uhuru Kenyatta and William Ruto, carried out in the International Criminal Court. A few days ago, African Union member states appealed to the UN Security Council with a request to decide to suspend the Kenyatta-Ruto case at the ICC. (7) The struggle for the right of Africans to conduct peacekeeping operations on their own has also been lost. The “international community” is not going to leave Africa: a real solution to security issues on the African continent will threaten its control over African resources.

(1) According to the Office of the United Nations High Commissioner for Refugees, in September 2013 there were more than 170 thousands of Malian refugees in neighboring countries. The number of internally displaced persons is estimated at more than half a million people. According to the International Organization for Migration, thousands of refugees returned 137 to Mali, but this information also dates back to September, that is, time after the elections. Thus, about 10% of the country's population could not take part in the elections.
(2) See the Report of the Secretary-General on the situation in Mali from October 1 2013. // UN document S / 2013 / 582. Paragraph 55.
(3) Report of the Secretary-General on the situation in Mali from 10 June 2013. // UN document S / 2013 / 338. Paragraph 22.
(4) Report of France on measures taken by French forces over the period 1 July 2013 in support of the United Nations Multidisciplinary Integrated Stabilization Mission in Mali // UN Document S / 2013 / 621 from 22 October 2013. According to this report, French troops were engaged basically only “reconnaissance of the locality”, “demonstration of presence” or “dispersion of demonstrations”.
(5) Mali: France to Canada With Most Of Pops From Mali in January As Planned // http://allafrica.com/stories/201311060331.html
(6) See the statement by UN Under-Secretary-General for Field Support Amirah Haq at the UNSC meeting on the situation in Mali. 25 June 2013. // UN document: S / PV.6985.
(7) Letter of the African Union Member States from October 12 2013 to the President of the UN Security Council from October 22 2013 // UN Document: S / 2013 / 624.

Ctrl Enter
Noticed oshЫbku Highlight text and press. Ctrl + Enter
We are
Inevitable consequence of the warWar in Mali and AFRICOM Plan: Target - China
8 comments
Information
Dear reader, to leave comments on the publication, you must to register.