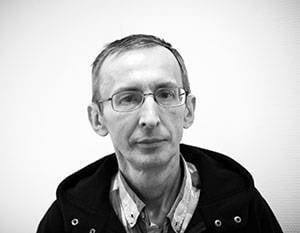 The kingdom is trying to transfer the confrontation outside its territory and use a third force, which will fight for its interests. However, this makes him vulnerable to sponsorship of terrorism.


Russia Today, citing the British Guardian, reports that Saudi Arabia intends to increase its efforts to form new squads of Syrian militants and is ready to spend any amounts it needs.

The fact that the Kingdom is ready to go all-in to the end became clear even during the August crisis after provocation using chemical weapons.

The rapidly decaying security system of the Arabian Peninsula, which relied on the unconditional support of the United States in its confrontation with Iran, does not leave Saudi Arabia a choice - it does not have any tools in confronting Iran if it and the United States agree and ease tensions.

In this case, the Kingdom quite reasonably tries to transfer the confrontation outside its territory and use the third force, which will fight for its interests, not bringing the matter to a direct clash between Saudi Arabia and its opponents.

However, this also makes it vulnerable to charges of sponsoring terrorism - it is impossible to carry out support for terrorists on such a scale secretly and secretly.

Such accusations can provide a legitimate opportunity for the United States to take a neutral stance in any conflict against Saudi Arabia, if it is motivated by the fight against the spread of terrorism in the region.

Nevertheless, the choice of al-Saud virtually none. The defeat in Syria will inevitably lead to a shake-up inside the dynasty and will be used in the inter-clan struggle in a situation where the process of succession and the transfer of power from one generation to another is not settled.

This will automatically lead to centrifugal processes in the Kingdom itself, assembled over the rags and kept assembled solely and thanks to the unity of the dynasty.

There are no compelling reasons for the collapse of Saudi Arabia after the defeat in the Syrian war. Some experts consider Syria for Saudi Arabia as Afghanistan for the USSR - despite the fact that there is no direct connection between the withdrawal of troops from Afghanistan and the collapse of the USSR after three years, but certain analogies in the current case are, of course, viewed.

It was precisely those “Afghans” who had combat experience that formed the backbone of the separatist movements that organized insurrections and conflicts on the outskirts of the USSR, which finally undermined the stability of the state.

Tens of thousands of militants fighting in Syria can in a short time — much faster than it did in the late USSR — shake the stability of the entire Arabian Peninsula, especially in a situation when different political groups will use them in the clan struggle (and they will).

There are practically no options for Saudi Arabia - it fell into the trap of its own policy. Despite the fact that at the beginning of the Arab Spring, this policy seemed logical and thought out, it was she who led to today's situation.

Al-Saud failed to cope with the growing chaos in the region - for this they do not have the capabilities and capabilities of the regional superpower.

Her elite was unprepared for the role assumed. Now she will have to go with the flow, making the steps very predictable and driving even deeper into a dead end.