Patriotism and the logic of things 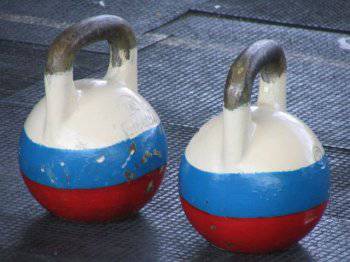 Each living creature has a foundation, which is not only the physical shell, but also the common spiritual heritage (we assign here the semantic framework of the society in which we coexist), and also the particular — the soul. It does not matter at all what each of us dreams of, building our own understanding and worldview, but it’s more than difficult to put all the sensations on the shelves of consciousness and create at least a ghostly illusion of some form of a vertical scale of values!


For some, patriotism can become part of their life only when their personal space is affected, interfering with their habitual way of life. For others, it can border on their compassion and sensitivity not only to their own, but also to other people's feelings of discomfort. Still others are insurgents from birth, seeking to get involved in any war, just to feel overwhelming adrenaline, running through the veins faster and faster, driving the heart muscles in time trouble. But, sitting in a calm atmosphere, simply analyzing past events, the thinking person begins to turn on the "later ignition", gradually realizing those seemingly completely absurd decisions that force the Mrs. History show a different perspective than we would like then - at that very moment when we ourselves, personally created this very story!

Sometimes we become simple witnesses who have received far from an objectively existing picture, which means considering the reality through the prism of their own wretchedness, callousness or, on the contrary, sensitivity, which makes us see only what we want to revel in with our bright feelings. And since a thinking stick is needed for a thinking person, this becomes a negative: events that compel you to empathize, to seek to find a way out of the current impasse, are problems. Some may be content with purely emotional states. Someone goes further, either aggravating the situation with their actions, or vice versa - completely quenching anger and pain, distracting on the global chain of events, as a result of which there appears an understanding and awareness of the situation that has happened, which is actually an insignificant knot that connected events parents who gave life to a new consciousness.

The most important thing is that it is very difficult to convey the meaning of what is happening to those who revel in feelings and sensations. They blindly follow the previous course, not wanting to look at the situation they could have avoided - if they would have thought for a moment earlier!

So, at the time of clarifying attitudes towards current events in society, many are guided primarily by the purely social framework of values, morality, rights, and ethics. At the same time, completely losing sight of the areas of human activity in which the "conflict of interests" arose. This can be clearly seen on the example of military service and the attitude of the civilian population to the tragic events of 2000 of the year when the Kursk sank submarine sank. Certainly, relatives of sailors with a sunken submarine could not contain the emotional strain that plagued any logical arguments with their grief (for example, that the sailors were in the service of the Fatherland, which means that at any moment there could be a likelihood of a military conflict using serious weapons on board the boat And in this situation, no one guaranteed a favorable outcome of events. Or maybe it happened like that ?! Also, the fact that “ordinary people from the street” cannot serve on a nuclear submarine is forgotten! nye multiple tests and situations of war, which was entrusted nuclear facilities, not to mention the armed boat itself, which stores a variety of military secrets and secrets).

I have one acquaintance sailor who served on the submarine. He is a nuclear physicist. Once he forgot to remove the wedding ring, entering the hall with a nuclear submarine reactor. After this incident, he was removed from the submarine in the first port, making such an entry in the military ID that this would-be military man now has the right to work not with fusion reactors, but with sockets in which there can be nothing but 220 volts!

Remembering the 2000 events of the year, one may ask: what could the country's leadership do? Give objective information, thanks to which the civilian population would learn about the conflict of the three countries and the possible scuffle in the depths of the sea, at any moment ready to lead the world to another war? Or try to "portray" peace of mind, in order to avoid war, but to sacrifice a crew in which a person could surely be found, ready, again, under a special emotional state, to tell the world about how and who sank the nuclear submarine? And what willpower is needed for those who took the decision about the fate of a team that sacrificed itself for the sake of peace? This cannot be called a sin, for the death of some saved the lives of millions of civilians! Are they aware of this? Hardly!

Ctrl Enter
Noticed oshЫbku Highlight text and press. Ctrl + Enter
We are
Commentary on A. Petrov's interview “Fire and Tactics in the Russian Army: Another Look”Functional stupidity and national stupidity
40 comments
Information
Dear reader, to leave comments on the publication, you must to register.