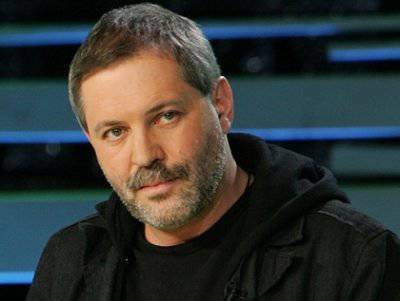 Vladimir Putin held a meeting on the use of the National Wealth Fund. According to the media, we are talking about the financing of large projects, but the president stressed that it would be wrong to completely spend the reserve money. In other words, the idea of ​​a cautious investment is proposed. The topic of renewing the infrastructure of our economy has been raised many times, but usually it did not go beyond expert assessments. Now the question has reached the highest state level.


A well-known analyst Mikhail Leontyev commented on KM.RU the idea of ​​using accumulated financial reserves for investments in the real economy.

Infrastructure projects are much better than nothing.

For almost ten years we have been discussing this issue. When we got a “jug”, when it became relevant, we started talking on this topic. A focused, built-in re-industrialization launch policy, a state program, in my opinion, would be more effective than the rather chaotic costs of infrastructure projects. However, infrastructure projects are much better than nothing, and the least dumb projects have been selected as projects. Serious doubts about the economic adequacy suggests the project of the Moscow-Kazan road, but everything else is quite normal.

A typical motivation for the idea of ​​spending reserves: since the world economy is in a deep crisis, it is much more risky to invest in currency and financial assets than to spend it on infrastructure projects. There is a high probability that they will disappear. This is what we talked about all the time, but the problem is that it’s too late again! When you have a decent market, then you can attract investment (internal and external), and you can use the cumulative effect. But now it almost will not. This is the first. Second: consistently developing macroeconomic policies have made the cumulative effects of infrastructure projects minimal or zero.

Some consider us to be terrible statesmen-conductors, but the task of the state is to launch a market mechanism for investing in development. That is, it is necessary to create the starting dynamics, to form a steady demand for the results of the modernization, and thereby launch the “flywheel”. But the “flywheel” will not start, because the macroeconomic policy has achieved its results: market investments in the Russian economy are inefficient and uncompetitive. Only direct government demand is competitive. To the extent that the state manifests this demand, it acts contrary to the state of affairs that our own government forms. That is, it is a struggle between us and ourselves.

It is necessary to change macroeconomic policy, and change it is difficult. Any attempt to seriously devalue the ruble will simply bankrupt the Russian banking system, which has all the liabilities in foreign currency, and the money will go to save this system. The financial and economic bloc of the government drove the economy in US Pat. There is no easy way out. The power has now gone to the things that 5-10 should have done years ago. This is very good, but late: the cancer at the first stage is treated differently than the cancer at the fourth.

Ctrl Enter
Noticed a mistake Highlight text and press. Ctrl + Enter
We are
About Stalin and KhrushchevWhat you didn't want to know about England
90 comments
Information
Dear reader, to leave comments on the publication, you must to register.