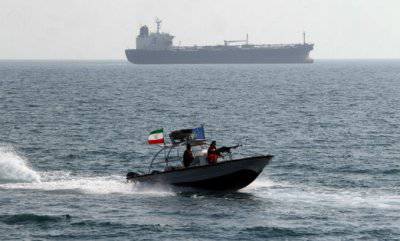 Foreign Policy magazine published a detailed review of the mechanism by which Iran supplies Bashar Assad regime with oil.


It is no secret to anyone that the Iranian regime views the bloody meat grinder in Syria as an internal rather than foreign policy problem. The forces of the Al-Quds Islamic Revolutionary Corps teach and finance the Alawite and Shiite sectarian militias in order to win the war, which President Assad finds it difficult to win with the help of the conventional army.

Without the military intervention supported by Iran’s Hezbollah in al-Xayr and Homs, these areas would still be under the control of the rebels.

No wonder Mehdi Taib, a confidant of Ayatollah Khamenei, said that the loss of the “35 province” would mark the imminent collapse of the Islamic Republic itself.

The Foreign Policy has received a package of documents showing how Iran has established the supply of practically free oil to the Syrian Arab Republic. In simple words, Tehran donates its own natural resources for free while its own people live in misery due to the regime of international sanctions.

Iran "sold" Syria about 4 million barrels of light Iranian oil - at a discount of at least 10%. In May, the level of international oil prices was 98 dollars per barrel, and Asad received it at the price of 88 dollars per barrel (not including transportation costs). Payments for oil, apparently, are carried out on the line received from Iran as a long-term loan worth 3,6 billion.

There is no guarantee that Assad, whose economy has been destroyed by a three-year civil war, will ever be able to pay this debt, and the Iranians most likely do not expect this, based on their understanding that Assad’s survival is inextricably linked to their own survival. This means that they not only supply Assad with oil at a bargain price, but they also give him money to buy it.

David Butter, an energy specialist in the Middle East at Chatham House’s research center, decided that before the outbreak of the civil war, Syria produced 385 thousand barrels of oil daily. Of these, 150 thousand barrels were exported, and the rest - to the Syrian refineries to meet local needs. Butter says: "Now Syria produces no more than 20 thousand barrels per day and imports about 130 thousand barrels from abroad." According to the authorities, the oil sector is almost destroyed, and the amount of direct and indirect damage for the autumn of 2012 was 2,9 billion dollars. Syrian Oil Minister says government spending on oil purchases amount to 400 million dollars a month.

ForeignPolicy publishes a letter to S. Moradinasaba, director of Sahand Naft Iran Ltd, working in the structures of the Iranian Ministry of Oil, Mohammed Alrobeh, director of the Syrian state-owned company Sytrol from 13 in May 2013. The letter confirms that the “special economic planning committee” has confirmed the provision to Syria of an 10-percent discount on the sale of oil.

According to another expert on Iran, David Patrikarakos, the committee was specifically created to work with the economic aspects of the Syrian crisis. In addition to this, the package of documents has a contract from 31 of May 2013, on the sale of more than a million barrels of light Iranian oil. Oil was delivered to the port of Banias by Iranian tanker Camellia during April 2013. The tanker is owned by a company registered at the same address in Tehran as the largest tanker company in the Middle East - National IranianTanker Co. (Nitc). The contract says that the settlement will be made either directly between the central banks of Syria and Iran, or "at the expense of the credit line opened by the Iranian government of Syria."

According to the official version, a long-term loan allows the Iranian government "to acquire shares in the authorized capital of Syrian enterprises." The head of the Syrian central bank, Adib Mayleh, in an interview with the newspaper Tishreen let it slip that the real amount of Iranian credit is 7 billion dollars, and Damascus can use this money to pay for any kind of goods.

David Patrikarakos says: "I do not believe that Assad will be able to repay this loan in the foreseeable future." But such free supplies can create a negative reaction in Iran itself - among the Iranians there is growing indignation at the fact that national natural resources are being squandered on foreign policy adventures, and not on the needs of the country.

Patrikarakos comments: “The Iranians are suffering from the impact of the sanctions and they spend money — money they don't have on Hezbollah and Assad. Keeping the Syrian energy sector afloat is also political nonsense, than the collapse of Assad. "

Moreover, Iran’s costs are not limited to oil supplies to Assad. The Islamic Republic has to invent complex and expensive schemes for making such supplies, register front companies in offshore areas and hang flags of profitable registration on their ships. Interesting are the names of tankers, which are carried out. The ship "Baikal" belongs to the mentioned NITC, but sails under the Tanzanian flag. In December, it delivered 2012 1 100 barrels of Iranian oil to Banias in Banias 635. Another tanker, the Volga, brought 850 thousand barrels to Banias in February of this year, after which it was renamed Ramtin. Now he walks under the Iranian flag, but is owned by Tabuk Maritime Inc., registered in Dubai.

The International Institute for Strategic Studies (IISS) Research Center published in January a detailed report on this kind of fraud. It says: "At present, more than 100 changes have been recorded in the names of ships associated with Iranian shipments." All this makes the maintenance of the sanctions regime a real nightmare. In one case, Iran established a front company on an island in the Pacific. It existed only 20 days - in order to perform a single transport.

Despite all the tricks described, it is possible to further complicate the lives of Iranian carriers, especially with regard to the supply of oil to the Assad regime, and make such deliveries excessively expensive. You can change the flag or the owner of the tanker, but you cannot change its IMO - a unique identifier assigned to each ship by the International Maritime Organization. This means that in reality all of the listed ships are simply enough to observe.

Iranian experts say that this is how it happens, and Iranian tankers, regardless of changes in names and owners, are being monitored all the time. No one is satisfied with the scandal for several reasons - the negotiations P5 + 1, the Syrian peace initiative, etc.

Despite the fact that many countries can and have the right to continue business with Iran, most insurers, port authorities, captains and other representatives of the global maritime infrastructure do not want to get involved with the pariah state and make life difficult. Many non-European countries are under heavy pressure from the West. Tanzania has publicly stated that it will remove its flag from the Iranian ships. Belize also intends to remove Iranian ships from its maritime register. Not all cases require such explicit measures. Iran is actively using the services of the Marshall Islands offshore, whose corporate and maritime registries are located in Fairfax, Virginia, adjacent to the headquarters of the CIA.

Without a doubt, most of the oil going from Iran to Syria is necessary in order to maintain the functioning of the al-Assad war machine. With all the discounts and credits, he actually gets it for free - or rather, at the expense of the impoverished Iranian people. The West does not want to arm the Syrian rebels and is mortally afraid of direct intervention in Syria. At the same time, it is expected that he will reach some kind of “settlement” at the Geneva-2 conference with a regime that does not have the slightest reason to seek such a settlement now when it is supported by free oil. Perhaps the so-called "friends of Syria", before going to Geneva, should at least try to prevent the continuation of the outpourings of Iranian generosity towards Assad.

Ctrl Enter
Noticed oshЫbku Highlight text and press. Ctrl + Enter
We are
Bashar Al-Assad: We have absolute confidence in our victory (+ full text of the President’s interview)Interview by President Bashar Al-Assad to the Sunday Times
30 comments
Information
Dear reader, to leave comments on the publication, you must to register.