Little David Mortar - the largest caliber gun in the world

November 12 2013
18
At different times in different countries, the designers started a fit of gigantomania. Gigantomania manifested itself in various directions, including in artillery. For example, in 1586, in Russia, the Tsar Cannon was cast in bronze. Its dimensions were impressive: barrel length - 5340 mm, weight - 39,31 tons, caliber - 890 mm. In 1857, the mortar of Robert Mallet was built in the UK. Its caliber was 914 millimeters, and weight - 42,67 tons. In the second world in Germany, built the "Douro" - 1350-ton monster caliber 807 mm. In other countries, large-caliber guns were also created, but not so large. 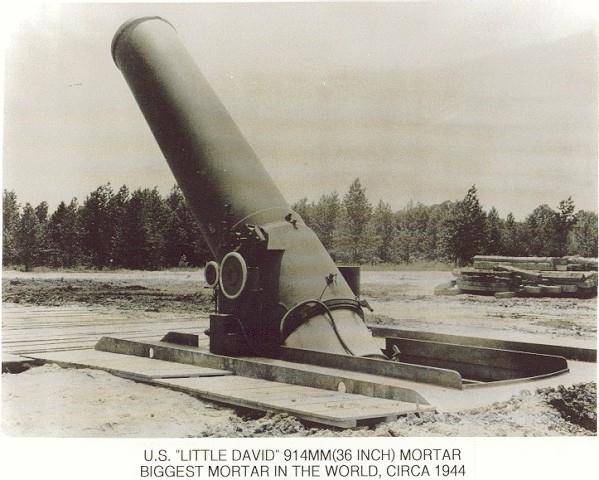 Already someone who, and the American designers in World War II, were not noticed in the gun gigantomania, however, they turned out to be, as they say, “not without sin”. The Americans created the giant Little David mortar, whose caliber was 914 mm. "Little David" was the prototype of a heavy siege gun, with which the US military was going to storm the Japanese islands.

In the United States during the Second World War at the Aberdeen Proving Grounds for testing by shooting armor-piercing, concrete-piercing and high-explosive aviation bombs used large-caliber cannon barrels of naval artillery, taken out of service. The test air bombs were launched using a relatively small powder charge and launched at a distance of several hundred yards. This system was used because during a normal airplane release, a lot depended on the crew's ability to accurately comply with test conditions and weather conditions. Attempts to use the bored barrels of 234-mm British and 305-mm American howitzers for such tests did not meet the growing caliber of aerial bombs. In this regard, it was decided to design and build a special device for throwing aerial bombs called Bomb Testing Device T1. After construction, this device proved itself well enough and the idea arose of using it as an artillery gun. It was expected that during the invasion of Japan, the American army would encounter well-defended fortifications - and the like weapon would be ideal for breaking down bunker fortifications. In March 1944, the modernization project was set in motion. In October of the same year, the gun received the status of a mortar and the name of Little David. After this, test artillery shelling began. 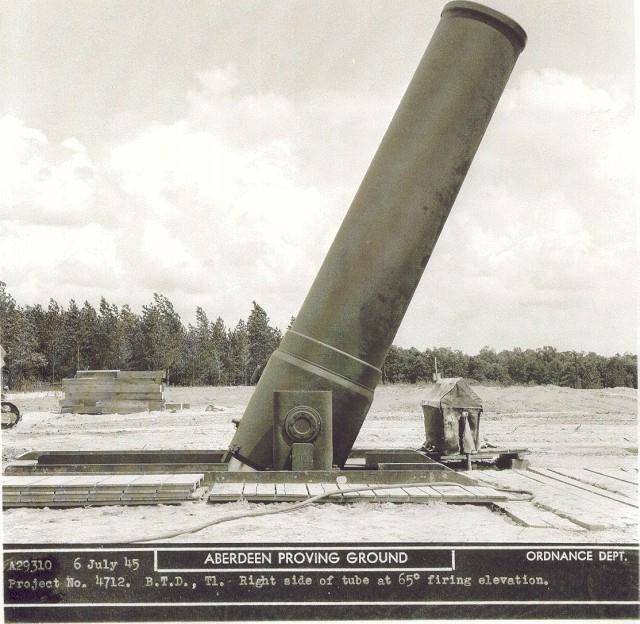 Mortar "Little David" had a rifled barrel with a length of 7,12 m (7,79 caliber) with right-side rifling (the slope of the rifling 1 / 30). The length of the barrel, taking into account the mechanism of vertical guidance, fortified on its breech part was 8530 mm, weight - 40 tons. The firing range of 1690-kg (explosive mass - 726,5 kg) projectile - 8680 m. The mass of the full charge was 160 kg (for 18 and 62 kg bags). The initial velocity of the projectile - 381 m / s. The box installation (dimensions 5500x3360x3000 mm) with turning and lifting mechanisms was recessed into the ground. Installation and removal of artillery units were carried out using six hydraulic jacks. Vertical guidance angles - + 45 .. + 65 °, horizontal - 13 ° in both directions. Hydraulic recoil brake - concentric, knurling was absent, a pump was used to return the barrel to its original position after each shot. The total weight of the complete assembly was 82,8 tons.

Charging - with a muzzle cut, split cap. The projectile at zero elevation angle was fed by a crane, after which it moved some distance, after which the trunk was raised, and further loading was performed under the action of gravity. In the nest, made in the breech, was inserted primer-igniter. The funnel from the Little David projectile was 12 meters in diameter, and its depth was 4 meters. 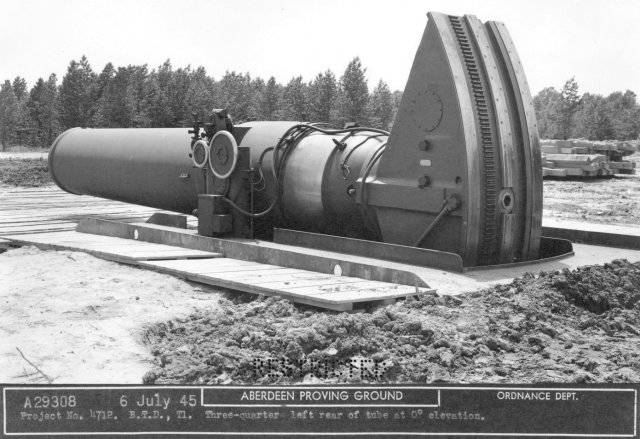 For movement, specially modified tank M26 tractors: one tractor having a biaxial trailer transported a mortar, the other a unit. This made the mortar much more mobile than railway guns. The composition of the artillery crew, in addition to tractors, included a bulldozer, a bucket excavator and a crane, which were used to install the mortars at a firing position. It took approximately 12 hours to put the mortar in position. For comparison: the German 810/813 mm Dora cannon was disassembled by 25 railway platforms, and it took about 3 weeks to bring it into combat readiness.

In March, 1944, the year proceeded to the alteration of the "device" in military weapons. The high-explosive shell with ready ledges was developed. Trials began at the Aberdeen Proving Ground. Of course, a 1678 projectile weighing kilograms would “make a rustling sound”, however, Little David had all the “diseases” inherent in medieval mortars - she beat inaccurately and close. As a result, to frighten the Japanese, something else was found (the Little Boy is an atomic bomb dropped on Hiroshima), but the superminomete never took part in the hostilities. Mortar after refusal of the operation on the landing of the Americans on the Japanese islands wanted to transfer the Coastal Artillery, but poor accuracy of shooting prevented its use there. The project was suspended, and at the end of 1946, the year was generally closed. 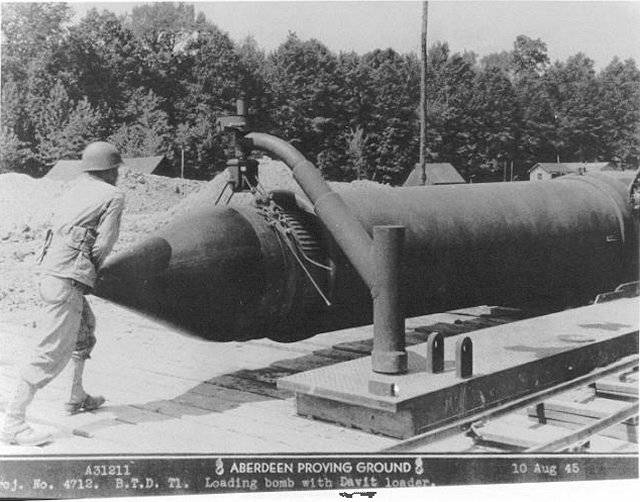 Currently, mortar and shell is stored in the museum of the Aberdeen Proving Ground, to which they were taken for testing. 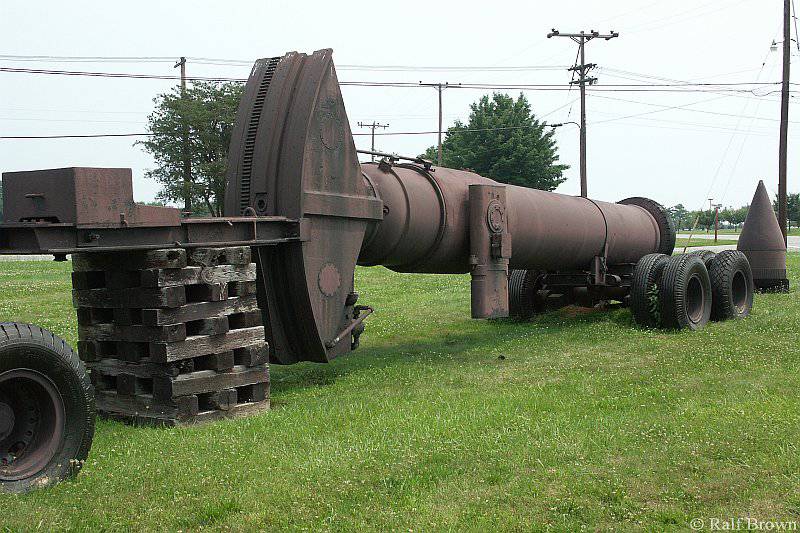 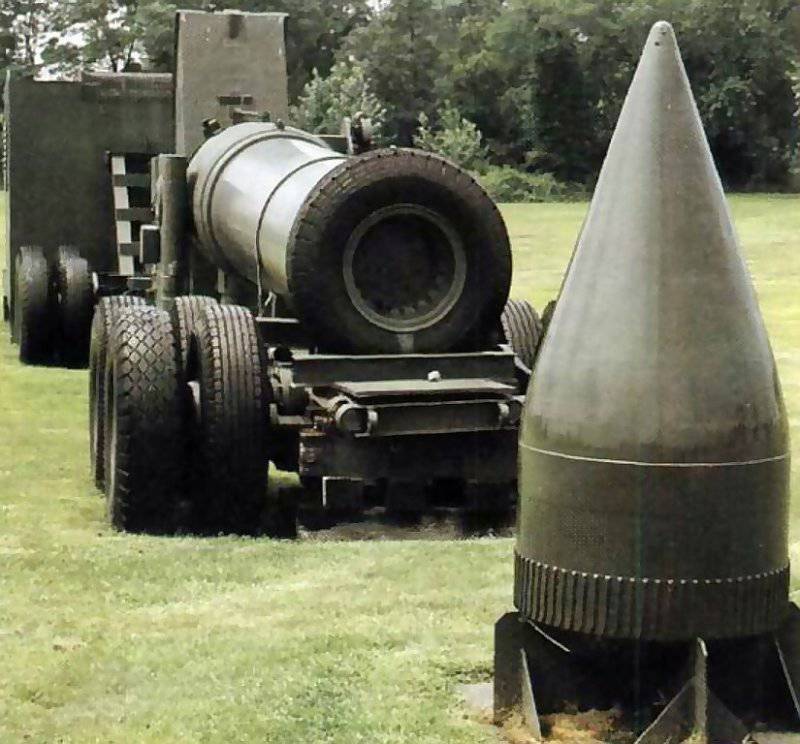 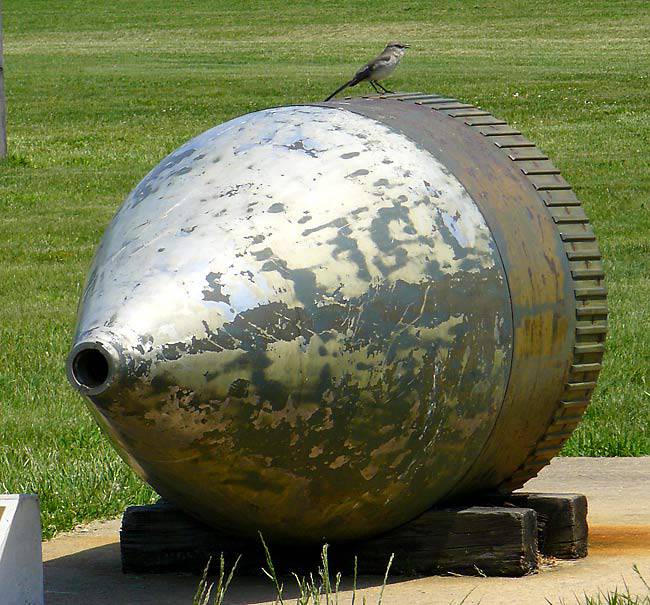 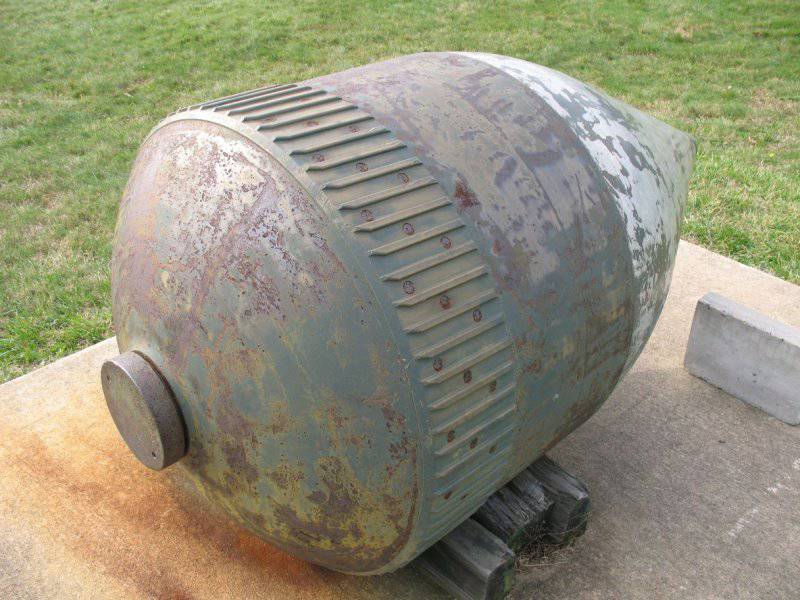 Ctrl Enter
Noticed oshЫbku Highlight text and press. Ctrl + Enter
We are
Little David Mortar: The Largest Gun in the WorldDeath can not be: Malletra Mallet
Military Reviewin Yandex News
Military Reviewin Google News
18 comments
Information
Dear reader, to leave comments on the publication, you must to register.