Livia: “... there is no salvation anywhere”

November 12 2013
21
The inability of the so-called Libyan authorities, who replaced the “Gaddafi regime”, to manage not only the country, but at least individual regions, led to chaos and the actual split of the state’s territory. Areas of Libya are controlled by militant groups, which Western journalists prefer to refer to as “rebels”. These people, the current government still persuades to go to the public service (that is, the army). But who will serve the government, which has neither authority, nor political experience, nor serious repressive machinery? "Rebels" prefer to defend their own interests with their own forces. As for the locals, who are suffering as a result of constant attacks and exchanges of fire between the factions, they believe that Libya has become Somalia. 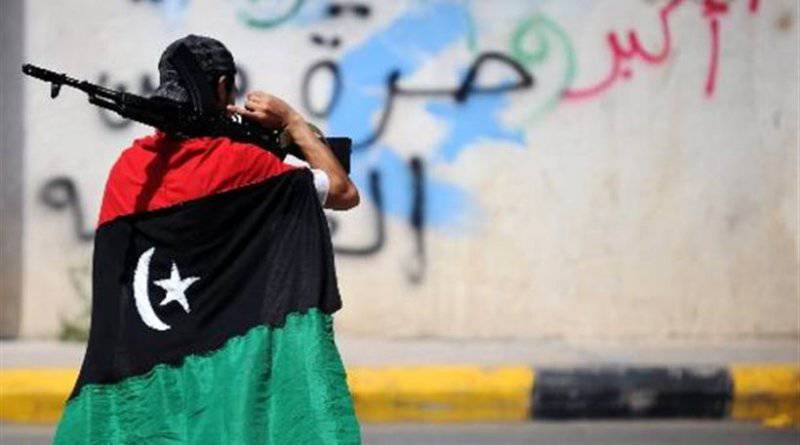 According to various media reports, militants from Misurata, the city where Muammar Gaddafi’s former opponents were concentrated, invaded Tripoli on November 10 in Tripoli. The attack immediately consolidated those groups that control Tripoli. At the head of those who repulse newcomers is the Suk al-Jumaa group. On both sides - several dead, wounded. There are information about several dozen affected civilians.

Militants from Misrata broke into Tripoli in jeeps. Machine guns and machine guns are far from all that they and their opponents were armed with. In the course were launched grenade launchers, mortars and even anti-aircraft guns. Aliens from Misrata, as the media writes, came to avenge their commander.

The words of one resident of Tripoli leads the channel "Euronews":

“Unfortunately, the army cannot protect us, ordinary people. Our houses, apartments are under constant shelling, there is nowhere to be saved ... This is no longer Libya, this is Somalia ... You see, it is starting again, and we are forced to live in such a situation and fear for our lives. ”

Some details about the collision of groups to the correspondent "Voices of Russia" Al-Kazem Al-Zinati, an eyewitness from Tripoli, told an eye to Naowaf Ibrahim.

“A fierce battle took place in Tripoli between armed groups from Misurata and Souq al-Jumaa.” As a result of these battles, the Suk Al-Jumaa factions seized the headquarters of the armed brigades Misurata, killed one of the leaders of their factions, 4 residential buildings and one hotel completely destroyed. Misurata’s armed groups are completely expelled from Tripoli. ”

As for the population of Tripoli, almost all people living in the city center, fled to the outskirts.

From the government, from his army - absolutely no sense.

“They were completely absent and continue to be absent. Residents tried to call law enforcement agencies as soon as the first skirmishes between the factions began, but there was no reaction, no one arrived. There is still no official statement of the authorities, no one called for calm. It seems that the government does not see what is happening in Tripoli ... "

He told the journalist and that is the city of Misurata.

“... is a country in the country. There money flows in a wide stream. MP Salah Badi, who is a resident of Misurata, is responsible for all events. He has repeatedly helped prevent the authorities from attempting to launch an official investigation into what is happening in Misrata. In October 2011, he himself, along with the Misurata factions, was present when the latter massacred Bani Walid, and endorsed this, citing the fact that the inhabitants of Bani Walid interfere with the democratization of the country. ”

The fighting in Tripoli is only one side of the very “democratization” that befell Libya with the murder of Colonel Gaddafi. 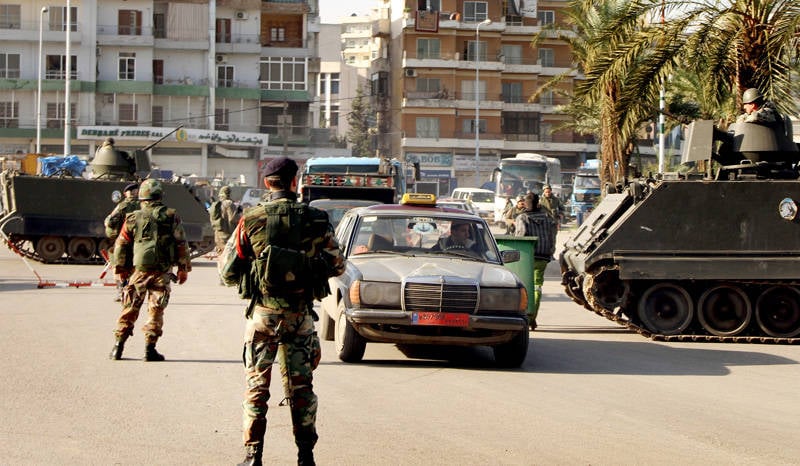 Recently it became known that representatives of one of the rebel movements in eastern Libya took control of several oil ports and even announced the creation of their own oil company. He writes about it RIA News" with reference to Reuters.

Last Friday, a rebel group seized the port of Tobruk in the east - the very one through which the National Oil Corporation supplies oil to Europe. A number of other oil ports were also captured.

According to one of the leaders of the rebels, the movement in the seized ports stopped the shipment of "black gold" to state tankers. The rebels said they would set up their own oil company with headquarters in Tobruk.

If the militia continue to block the operation of oil facilities, Libya could face a budget crisis. This was stated by the Prime Minister of the North African state, Ali Zeidan, reports correspondent ITAR-TASS Pervin Mamed-zade.

“The country's budget is based on revenues from oil revenues,” the head of government recalled. “But next month or in a month, there may be problems with the execution of expenditure items.”

Zeidan said that the authorities gave the strikers 7-10 days to stop blocking the fields and seaports.

“Otherwise, we will take action,” he said. 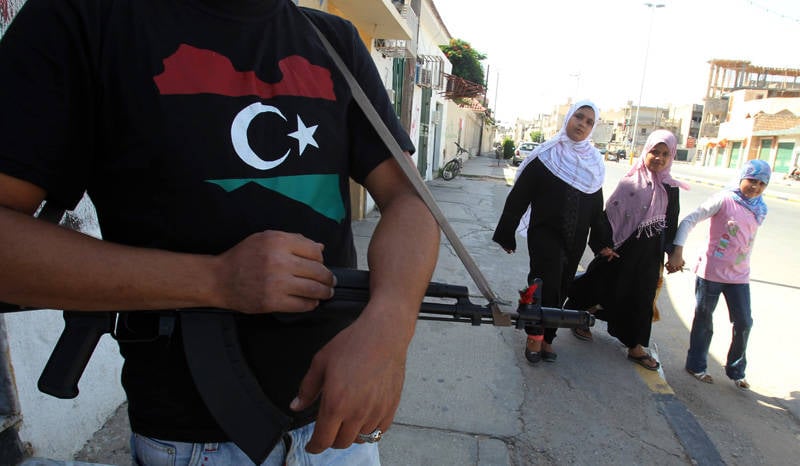 Paradoxically, the coming to Libya of the so-called democracy, which, as many believe, the NATO states introduced there for the sake of oil, reduced the production of "black gold" in the country by about 90%. Moreover, oil is often controlled by the very rebels, and now the “militiamen” who fought against Gaddafi in 2011. If earlier these people were unhappy with the redistribution of national wealth, then today they are ready to weapons in the hands of these riches "grab". And the fragile state power is hardly able to scare them. Rather, they may scare the government.

“Now Western countries should urgently take measures, hold some kind of conference in order to reassure Libya so that it would be a federal state, and not split into pieces. Now there is absolutely uncontrollable environment. ”

According to the expert, the plan of assistance to Libya will stretch over several years. It is necessary to hold a conference inside the country, the purpose of which is to improve the interaction of the tribes. Needed and humanitarian assistance.

Once, the West promised to give 10 billions of dollars to restore Libya. And where are these billions? But is up to billions now, for example, to Obama, who is waiting for the next budget struggle with the republican part of the Congress already in January of 2014?

Maybe something will solve the UN? No, it will not solve anything. 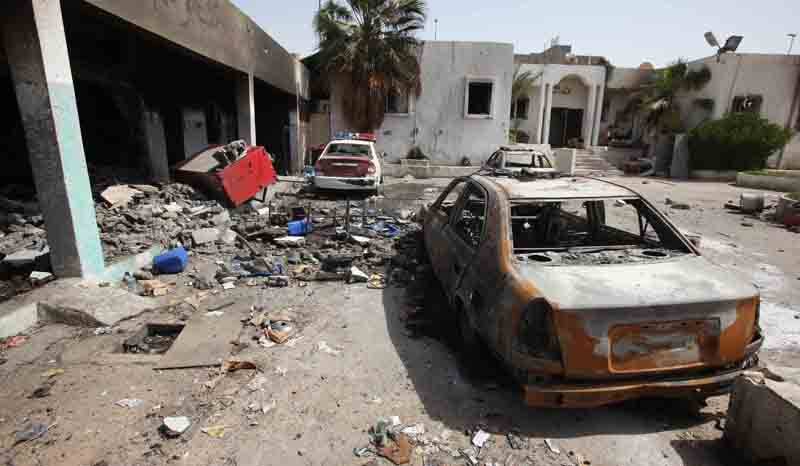 A year and a half ago, the UN Security Council held a meeting on Libya. Special Envoy of the UN Secretary-General Ian Martin рассказалthat Libya is moving towards democracy. He described the registration of voters and candidates for membership in the National Congress (May 2012) as “another positive signal indicating that Libya is moving towards democracy.” True, Martin had to add that the freedom gained was accompanied by an escalation of local conflicts.

Ian Martin also noted that approximately 60-70 thousands of former revolutionaries were interim authorities registered as members of the Security Council, a temporary body providing unified command of the revolutionary brigades and a kind of reserve for the national army.

In what the venture with democracy turned out, after a year and a half is clearly visible. You do not need to be a rocket scientist in order to understand where Libya led the "positive signal". As for the escalation of local conflicts mentioned above, they resulted in a real permanent war between well-armed groups. Other groups meanwhile “privatize” the oil, which the gentlemen “foreign investors” once hoped for. The government is not able to control "former revolutionaries" who are not going to become someone else's "reserve".

Well, the question of weapons.

A few days ago, Russia did a good job - it drew the attention of the United Nations to the problem of the proliferation of Libyan weapons.

Russia has drawn the attention of the Security Council to the problem of uncontrolled weapons in Libya. On this 4 November told reporters the permanent representative of the Russian Federation to the UN Vitaly Churkin, reports correspondent RIA "Novosti" Ivan Zakharchenko.

The fact is that in October, the Times published a report that an abandoned warehouse was found in southern Libya, in the desert at Sabha, and in the warehouse were 4000 missiles of MANPADS and 6000 barrels of uranium concentrate.

Comrade Churkin said: "We drew the attention of the secretariat to this, asked to ask questions to the leadership of the UN mission in Libya, said that we would raise this issue at the consultations in the UN Security Council, which was done." “The discussion was very specific, and there are concrete results: we aimed the mission in Libya to deal with this issue,” the permanent representative noted.

"The discussion once again showed that there are no end of problems, including the concern that Libya is the source of the proliferation of weapons throughout the region and beyond, as well as materials related to the possibility of producing weapons of mass destruction," added Churkin.

Problems no end ... It is said right. And the creator of these problems is well known to everyone: it is the one who welcomed the "Arab Spring". This is the one who profited from the bombings under the slogan "democratization". The one whom only Russia kept when he was going to fuck with "Tomahawks" on Syria, defying all the decisions of the UN Security Council and relying on his own "exclusivity." To the very exclusivity that Secretary of State John Kerry recently interpreted as follows: "We help others without demanding anything in return, and this is exceptional."

Ctrl Enter
Noticed oshЫbku Highlight text and press. Ctrl + Enter
We are
Judgment in Tripoli. Saif al-Islam Gaddafi sentenced to deathLibya: after Gaddafi
21 comment
Information
Dear reader, to leave comments on the publication, you must to register.