Fire on their own in iraq 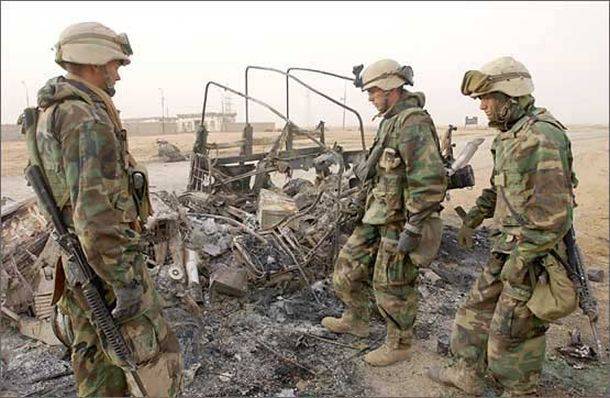 This year marks ten years since the beginning of the American aggression in Iraq. The invasion was rather disorganized. The most convincing evidence of this is the serious number of incidents in which the Americans bombed and launch missiles from their comrades and allies.


Until recently, cases of “friendly fire” in any army were considered an extraordinary event. However, wars with massive use of high-precision weaponsled by the United States, starting with “Storm in the Desert”, revealed the main shortcomings of this very weapon - weak warning systems “your / someone else’s”. This circumstance, coupled with poor training and negligence of personnel, gave a stunning result. Today, "friendly fire" - the most common thing that accompanies any military adventure of Washington.

So, March 2003, the first days of the invasion ... A detachment of marines, cut off from the main group of forces at the beginning of the battle for the village of Nasiriya, has been fighting in the Fedayin ring for several hours. Five guys were injured, several armored personnel carriers were killed, and finally, a characteristic echo is heard - no doubt, the brave American Air Force will iron the enemy’s positions. These were the A-10 Thunderbolt - aircraft specifically designed to destroy ground targets. The Marines hoped that the heavy machine guns of the stormtroopers would pave their way to their camp. However, the pilots took the star-striped armored personnel carrier for a column of Iraqi tanks. "Stop shooting! Stop shooting!" - the signalman was torn, while other marines frantically fired rocket launchers. But the pilots of the A-10 made several more approaches before they realized their mistake. The attack killed ten Americans. 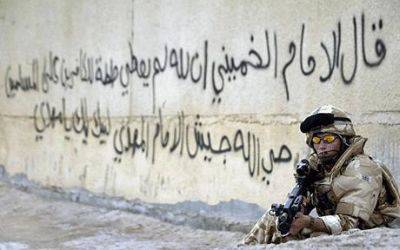 It is worth noting that in Iraq, the American storm troopers gained quite a disrepute, becoming the real symbol of a friendly fire. Salon magazine quotes the squadron commander of naval attack helicopters, Lieutenant Colonel Jim Braden: “Many of the Air Force pilots I worked with seem to be just looking for an excuse to pull the trigger without worrying where their comrades in arms are at the bottom. Their position is: “Just give us the GPS coordinates and we will do our job.”

In April, 2003, the American aircraft again attacked their own infantry. The distribution included units of the friendly Kurdish army and American special forces, as well as journalists who were with them. BBC staff - reporter Tom Giles and editor John Simpson were injured, but still managed to capture the moment of the bombing. “It was a scene from hell,” says Simpson, who went on the air a few minutes after the tragedy: “I saw ten or twelve bodies around us, that is, dead Americans, and American planes were circling in the sky - they dropped bombs next to us"...

More than once, their main allies suffered at the hands of the Americans in Iraq. Interestingly, shortly before the invasion, English Lieutenant Colonel Andrew Larpent called on the command of the Royal Armed Forces, before going on a campaign on the side of the United States, to introduce in the British ground forces a system of protection against ... American fighter pilots. Explaining the nature of the problem, Larpent stressed: "The lack of attention and indifference on the part of pilots of the US Air Force." The professional and human qualities of the allies Larpent experienced in their own skin: in 1991, the American A-10 took his unit for the Iraqi squad. Nine Britons died, 12 injured ...

In 2003, the lieutenant colonel’s warnings began to come true frighteningly quickly. Already in the first month of the fighting, several incidents took place at once, badly spoiling relations between the Anglo-American allies.

For example, the American Patriot rocket hit a British Panavia Tornado aircraft assigned to the Royal Air Force 13 Squadron. Killed pilot and navigator. At the same time, the notorious attack aircraft A-10 Thunderbolt II bombed the patrol convoy, which was flying the flag of Great Britain. As it turned out, firstly, the pilots made a mistake several kilometers (previously a cluster of Iraqi tanks was found nearby), secondly, they took the orange identification panels on combat vehicles for ... rocket launchers. As a result, one English soldier died, another five were injured.

According to the results of an internal investigation conducted by the US Air Force Headquarters, the actions of the pilots were found to be erroneous. The report indicated that they had become possible due to "mental and physical overload and the lack of effective interaction with the command center." The authors of the report recommended administrative or disciplinary measures against pilots. However, in the Pentagon it was decided to refrain from any severe sanctions. 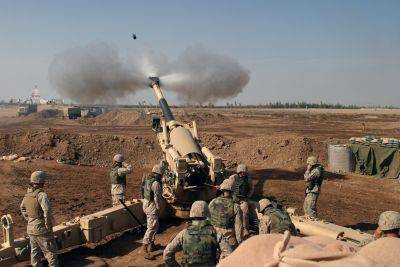 At the end of 2010, the Wikileaks site revealed the secret data of the US Department of Defense, from which it follows that British soldiers in Iraq had repeatedly been subjected to similar "accidental" attacks by American allies. Only officially such incidents recorded 11. As a rule, skirmishes occurred in the dark. But it also happened that in daylight American and British vehicles simply could not share the road. In these cases, we are talking, of course, not about the minuses of the “one’s / others’s” warning system, but rather about criminal boyhood and posturing ...

As a result of a similar incident in September 2003, on the road between Mosul and Tikrit, the Americans fired at a car in which Italian Ambassador Pietro Cordone was. The diplomat was not injured, his translator died. The US military did not give any clear explanation. In one of the reports, however, it was said that the car was shot at because it was trying to overtake the convoy of the US military ...

Another case of "friendly fire" turned for Italy almost into a national tragedy. Quite a wide resonance in March 2005 caused the death of negotiator Nicolo Kalipari near Baghdad. He drove Julian Sgren, a hostage freed from the hands of Islamists, when his car was fired at the side of the American roadblock. "The holiday turned into mourning as soon as the news was heard that Julian was wounded, and her liberator, military intelligence agent Nicola Calipari, was killed by the" friendly fire "of the American military," writes Italian La Repubblica. 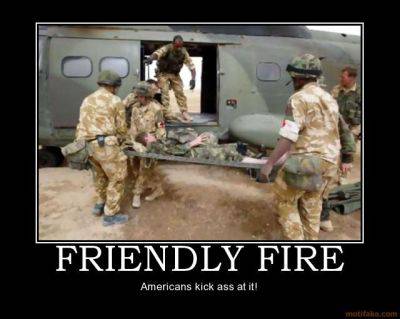 In general, if you look at the Iraq war in the context of the incidents listed above, it becomes obvious that, with all the overwhelming military technical power of the United States, the "fog of war" for the American army, on the contrary, is only deepening. It turns out that the more highly declared war is declared, the greater the percentage of losses will have to be attributed to a friendly fire. It is not by chance that Americans suffered the greatest percentage of friendly fire losses in 1991 during the Desert Storm. Then, we recall, Washington decided to do without a ground operation at all. At the same time, the death of every fourth soldier of the US Army was caused by the "luring" American cruise missiles or the actions of American pilots "in a state of mental and physical overload."

Over the period 2003-2011. The Pentagon officially recognizes only 18 cases of friendly fire in Iraq, which caused the death of seven and injured 34 American soldiers. However, in fact, the death toll is much more, as evidenced by at least the materials of the above-mentioned secret Pentagon report published on the Wikileaks website.

In addition, it is worth considering that the American command in the field is usually not in a hurry to report cases of “friendly fire”, fearing a “crisis of confidence” on the part of the authorities. Thus, the problem of friendly fire in the American army is a bit like the problem of rape on American university campuses. There, the sad statistics are also greatly underestimated in order not to dampen the reputation of the higher education institution ...

Ctrl Enter
Noticed oshЫbku Highlight text and press. Ctrl + Enter
We are
Myths of the Great Patriotic. Papier mache helmetToday 79 would be the first man who flew into space - Yuri Alekseevich Gagarin
33 comments
Information
Dear reader, to leave comments on the publication, you must to register.