Russian and "game": the answer to the challenge of history 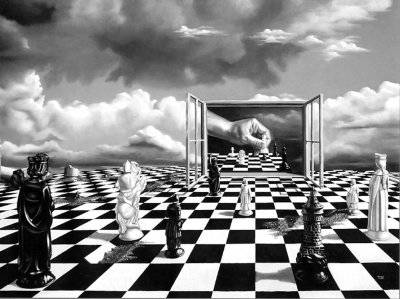 History moves as the responses of nations, states, civilizations to the challenges caused by its course, external circumstances, internal contradictions. War and external competition, opposition to neighbors, the struggle for life and resources, for their faith, is one of the main challenges for all nations. The Russian people, the Russian civilization, from stage to stage, from Kievan Rus to the Soviet Union, have learned, perhaps the best in the world, to respond to the challenge of direct classical war. There are many articles on the Internet, scientific and journalistic, with a list of the huge number of wars in which we participated. Peaceful years in the thousand-year history of Russia are rather an exception to the rule. Our opponents, hating us, at the same time know how much the military spirit, the spirit of the victors, and the best warriors in the world are rooted in blood. The most paradoxical thing is that it’s not only in the blood of professional warriors, but in the blood of the whole people - the whole Russian people are capable of quick mobilization and desperate courage on the battlefield. The Russian people are best suited for mobilization, for direct war. The Russians crushed the best armies in the world. Our great tragedy lies in the fact that the tendency, marked at the beginning of the modern era, in the 20 century, and especially with the achievement of parity of the nuclear powers, with the rejection of direct large-scale wars, the tendency to abandon the war in favor of the game, won. It was to the “game” that the Russians, as in other matters, and most of the peoples of the earth, were not ready.


What is a "game"? Many have heard this word not only in the context of children's entertainment - it was about psychological games, about the “big” geopolitical game in Eurasia, about the TV series “Game of thrones”. Oddly enough, all this is taken together, close to the game we are talking about. The game is the opposite of a direct, open fight, it is a deception, manipulation, lies and a setup. The game is organized in the rear of the enemy of the revolution and coups, this ideological weapon, the conquest of the population of the enemy. The sensational series “Game of Thrones” in this regard very well demonstrates the essence of the “game”: there are players, manipulators, and there are pawns, and the most powerful and powerful people can be pawns. Only if in the series, the game was reduced to only palace intrigues, which were always in the history of mankind, then in reality such a game began to be conducted mainly with ideological, ideological, public-political tools. In this context, the series “The Game of Thrones” itself, books, the whole fantasy genre, other books and genres, art in general, is the instrument of the game, the instruments for the formation of the world, of management.

The game is played by “players”, and not by wars, which should be not just schemers, but first and foremost clever strategists and, in a sense, philosophers. The game is a war of intellectual players by ideological and spiritual means. Intellectuals of the type that brought up the Western world, ranging from masons and French revolutionaries, to today's manipulators from special structures of the USA and various closed elite groups.

What does this mean for us, for Russians? Our culture, our elite, our way of responding to the challenges of history, are directly opposed to "game" and manipulation. And there would be no misfortune if we were strong and self-sufficient. But we are in the space of an alien western game - in the western world, in the western ideological, ideological, political, economic space. Now the West is the owner, and the creator of the game itself. We play by their rules and let the "players" to us. It has long been admitted. That is why the death of the Russian empire as a result of conspiracies of elites and liberals against the Tsar, and the collapse of the USSR became possible. Therefore, we are still weak and cannot definitively free ourselves from Western influence at the moment.

It is necessary to resist the game with the mind, especially in the current conditions. In fact, the transition in the modern situation from war to game means a transition from large-scale large-scale wars and mobilization to a war of meanings, ideas, and a game of political technology; gunboats and Tanks replaced by organizational weapons; education systems, legislation, media, culture and art, the Internet, social media are becoming a battleground. The adversary acts non-linearly, for example, having tested liberalism as an obvious way to reorient the population of the adversary’s country, the Western players, turning to more subtle moves, using patriotism, nationalism, or rather hiding behind them. A vivid example of how skillfully they play and beat us, these are opposition revolutionary patriots and nationalists who sincerely loving the country and under good and righteous slogans fight for formally right things, in fact, they rock the situation and act as instruments of foreign players. The peculiarity of the game is that there is no need to buy or subordinate a player - such opposition guys act sincerely and are not bought by anyone; it is enough through ideas and manipulative moves to direct any of their energy to destroy their own country.

In the space of the game, we lose. A way out could be a declaration of war - when instead of sitting down at a card game with sharps, we get a gun. Today, because of nuclear weapons, this is impossible. Therefore, you need to learn to play, to ever win and end the game, which is destructive and dangerous.

Russian to win the game, you need to push your own political project, to wrap the forces of Western players against themselves. It is about the openness of the world. Since the Russians were lagging behind in the propaganda and strategy, in the philosophy that is the basis of the game, from the Anglo-Saxons, the open world, the era of the information society, turned against us. But realizing himself, having achieved what well-known political strategist and thinker O. Matveychev calls "the sovereignty of the spirit", namely, attaining spiritual, ideological, ideological independence, learning to fight information and not be fooled by the manipulation and lies of the enemy, the Russians immediately deployed everything tools of the West, all information tools, against him. A trivial mastery of technology, we are already given quite well, an example of this is the tremendous success of the RussiaToday channel. And all this was achieved without a coherent ideology! That is, in terms of hostilities, one tactic, no strategy. Let us recall at the same time the success of the Soviet ideology, which managed to conquer half the world. Many researchers believe that if we managed to consolidate our ideological basis then, in the Soviet era, without undermining the ideological foundations of the state under Khrushchev, having managed to Russify the communist ideology, we could have won the Cold War. In the Cold War, we did not suffer a military defeat, we just lost, we were beaten, giving a false illusion that you can live in the framework of the Western system of the world and the system of capitalism. We imposed a false and alien worldview, and beat. This is the essence of the game - the war of spirit and intelligence.

To the game, Russians need to oppose their own, Russian, truly Russian, Messianic philosophy, articulated worldview, ideology, a new, world-wide social theory, a new project for the world, and a new information army; New propaganda technologies with which we will be able to outplay our adversary, who today is in a difficult situation.

Today, the problem of the Russian mentality in disrespecting and underestimating the ideological, informational factor, is the patriotic ideological and scientific work, we have really successfully engaged enthusiasts, or small teams working with the state; there is no visible systemic approach on the part of state policy, and the people, the majority of the population, do not take seriously or even despise the sphere of propaganda and information work. In many ways, this is connected with the erroneous worldview of materialism, which was imposed on Marxist-Leninist ideology.

Russians should realize how important spiritual sovereignty is for them, realize the fact that cultural symbols, language, art, film and music, even clothing, cultural stereotypes and fashion. All these are weapons of war, means of large informational and ideological games. Russians must learn to speak the language of their own philosophy and ideology, formulate their thoughts and tasks in Russian, within the framework of the Russian terminological apparatus. Russians must learn propaganda and information warfare. And most importantly: the Russians should abandon the alien system of categories and foreign ideological directions, - liberalism, pure socialism, European nationalism and Nazism.

Ideological constructs, thoughts, ideas and language, culture and art are tools of the game, as well as the intrigues of political elites. We must cleanse our spiritual and informational sphere from Western constructs and revive, develop, create our own spiritual tools.

In addition to the direct awareness of the directions of war, the directions of response to the challenges of history, one must take into account the tremendous importance of the organizational factor. As in the classical war, in the ideological and spiritual warfare the decisive role is played by the strategy and organization of troops, control. So far, in this area of ​​work, as well as in the content part, where we fully use Western ideologies, theories and language, Western culture, we are far behind Western players. In the face of Western players, elite, ideological and informational players, we have long-term actors building uninterrupted continuity for several centuries, from the first Masonic lodges, and even the Catholic orders, many other forms of organization of European elites. In this regard, our attempts at organizing long-term political subjects were unsuccessful: the monarchy fell, the oprichnina was abandoned as a potential order, the Cheka / KGB was replayed and did not fulfill its function. In addition to ideology and self-awareness, spiritual return to yourself, the development of the project, we need powerful organizational structures that can ensure the continuity of the correct course of the country, express the interests of Russians, embody the ideology of Russians, be the vanguard, the center of crystallization of the Russian people. This should be the ideological and political structures of the order type, the organization of the network type. Today we see that there are still the first, cautious steps: “The Essence of Time”, the Eurasian Movement, the Izbor Club, despite all the ideological and targeted, political differences, are potential sprouts for the future organizational structures of the Russian game.

The great genius of Russian culture, A.S.Pushkin once dreamed of Russian Platons. Today, in the era of games, which are conducted by ideologists, philosophers and political consultants, such a dream must be realized for the sake of the country's survival. This is the challenge that History throws to us through our western enemies. We must respond to this challenge. The best wars in the world on the battlefield should become the best scientists, philosophers and ideologists in the world. But it should be Russian in spirit, aspirations, thoughts and goals - we have already passed the stage of domination of alien science, ideology, and foreign language in our country, with which formally Russians were infected by blood.

Ctrl Enter
Noticed oshЫbku Highlight text and press. Ctrl + Enter
We are
On the other side of the “red” and “white”. Izborsk Club ReportMissed chapter "Strategy-2020"
78 comments
Information
Dear reader, to leave comments on the publication, you must to register.