Spying on foreigners: from the KGB to the NSA. How the special services collect dirt on foreign citizens 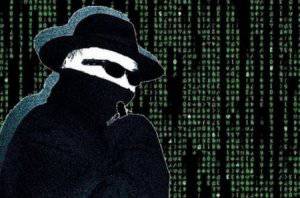 New revelations by former CIA officer Edward Snowden have recently been one of the main News. Politicians were indignant at the surveillance. Ordinary citizens staged protests in Washington. And how do professionals look at this grandiose scandal?


The AN reviewer tried to find out from the Russian special services.

Talk for an oxygen cocktail

In the off-season, only walruses swim in the sea, Siberians, and citizens are very tired. But in the sanatorium of the Russian special services there is a beautiful pool. There we met with retired Colonel Alexander Vitalyevich Bondarenko and just Sergey, how modestly presented an athletic folded man of about thirty.

While Alexander Vitalyevich and I could barely overcome two kilometers in length of eighty pool lanes, Sergey had already swum his “three” and waited for us with a laptop in a phytobar.

We took an oxygen cocktail. While spoons ate the air foam, Sergey told:

- Snowden distinguished himself again. He published in the Western press a memo under the secret vulture. And it says The US National Security Agency has been tracking phone calls to 35 world leaders. But I think this is not a complete list.

“And which famous people were watched by the Americans?” - asked Alexander Vitalyevich.

- In the memorial about 200 phone numbers, - looking at the computer screen answered Sergey. - The list of those who were monitored, hit Presidents of Brazil and Mexico, as well as German Chancellor Angela Merkel.She was especially offended by her American friends and allies.

“We in the KGB were strictly forbidden to conduct operational work on the leaders of fraternal communist parties and heads of friendly states,” said Colonel Bondarenko.

- And maybe in vain, - Sergey smiled. - If you could see in time Alexander Dubcek, then you look, and would not have to enter Tanks to Prague in 1968. Would establish before communication Amin with the CIA, and it would not be necessary to storm his palace, get involved in the Afghan war. Lack of information always leads to erroneous decisions.

Alexander Vitalyevich thought about it, then with a pain in his voice said:

- I now most of all regret that we had our hands tied to our own traitors. No, not to the "moles" -turned. These were issued by Ames. They were planted and even shot. But to the agents of influence of the West in the highest echelons of the KGB could not reach. The party hierarchy did not allow. Therefore, the Soviet Union collapsed.

The oxygen cocktail was soon over. We began to decorate the hips.

“I’ll never believe that the KGB was so white and fluffy and didn’t follow anyone,” the AN columnist decided to sharpen the conversation.

- Of course, we worked. But millions, like Americans, have never been watched.

- There was no technical possibility? - with ehidtsey asked journalist.

- And there was no opportunity. And most importantly - needs. In the Western press they wrote then that The KGB monitors all foreign tourists in Moscow. Like, every room of the Intourist Hotel is equipped with listening devices.

- Of course not! - exclaimed the veteran of the KGB. “Why did we have to write the talk of farmer Joe with his girlfriend Mary?” Who would be allowed to spend a lot of government money on it? we watched for spies from the residency of the US Embassy.

- And for this used radioactive and chemical agents? - the “AN” columnist continued to aggravate the conversation.

I referred to the Western press. So, an American journalist argued that CIA agent Vorontsov named Hood handed to his binder secret powder which the Soviet counterintelligence secretly tagged the cars of the US embassy. In the rays of special devices, the cars of diplomats-spies shone even at night. This made it much easier to spy on them.

“Nonsense,” the colonel snapped. - Our outdoor, of course, used different technical methods and methods. But to the "chemistry" never resorted.

But the so-called “Dayan gifts” have always been in the arsenal of our special services. I told my interlocutors historyWhen came under suspicion ... Russian samovar. Super-alert British counterintelligence for some reason decided that listening devices were installed in it.

That electric samovar, richly decorated with Ural gems, was presented in 1988. Queen Elizabeth II A team of Soviet aerobatics pilots and became a favorite in the royal family. All this time he was in Manor Alberdeenshire. But they did not drink tea from him, although he stood in the dining room.

The queen often showed a gift from Russia to the guests. Servants were not allowed to include a samovar, so as not to damage the work of Russian folk art. This seemed suspicious.

Once, as reported newspaper Daily Telegraph, the British special services carried out another check in the royal palace. And for some reason this time the samovar was suspected of ... espionage. They did not like the power wires, which could, in the opinion of the British counterintelligence, be eavesdropping and transmitting devices. As the British newspaper writes, a “bug”, possibly in a samovar, could collect both the details of the Queen’s talks “with the prime ministers and other world leaders, as well as private conversations with members of the royal family.” In general, the samovar was expelled from the palace and was nearly declared persona non grata.

“English espionage is well known,” Sergey commented on my story. - Of course, there were cases when special services installed listening devices as gifts to foreign individuals. For example, in 60-s of the last century, the US ambassador to the USSR was presented with a richly decorated US coat of arms. Only after 20 years it turned out that there was a “bug” in it. But in this case, if they really found something in the samovar, then this “something” should be presented. But not caught - not a thief.

Help "AN"
Employees of the US military use in their work over 15 thousands of computer networks to which more than 7 million computers are connected. The site and computer systems of the Pentagon itself are the objects of numerous hacker attacks. The estimated damage caused by computer hackers to the US defense industry is estimated at one trillion dollars. In just one recent cyber attack, 24 thousand files were stolen from computer systems of the US Department of Defense.

Ours is not bored in computer espionage. A special cyber command is being created in the defense ministry now. Apparently, his specialists are already carefully studying all the materials published in the Western press at the suggestion of Edward Snowden. They say he may have materials about the intelligence activities of America against Russia, Iran and China.

In particular, it is assumed that Snowden knows exactly what information and in what way the American special services and their foreign partners collected. The former CIA agent may soon publish information about how one of the NATO countries collected valuable data on the Russian army for the US Air Force and Navy. So new sensational revelations are waiting for us ahead.

Sergey again fell to the laptop monitor. Apparently, I found something interesting on the World Wide Web.

- I, as a specialist, in all revelations of Snowden are most interested in the wiretapping technology, - our young interlocutor broke away from the computer. - It turns out she passes under the codes DRTBOX and WHITEBOX. With the help of the first for the month from December 2012 to January, the 2013 was intercepted 62,5 million telephone conversations, and with the help of the second - 7,8 million SMS messages. On the day, "shot" from three to seven million calls and text messages. It costs a lot of money. This is what Snowden’s predecessor, a well-known computer debunker, says about this. Assange.

“It sounds strange, but today intelligence and counterintelligence really massively use tracking systems, including political opponents,” said Julian Assange. - This industry has flourished since 11 September 2001 of the year. Turnovers make billions dollars a year.

Meanwhile, to spy on foreigners, the US Federal Bureau of Investigation, like the NSA, also acquired a special unit to monitor the Internet. And in the CIA, such a unit has long been. Now the FBI has decided to focus on technical methods of monitoring the Internet space. The FBI's Center for Strategic Information has placed a request on the creation of a Social Networking Application on the agency’s website. The document says: "Social networks have become the main source of intelligence information, as they can find the first reaction to key events." The program should collect information from “open sources” and be able to provide automated search and filtering of information from social networks, including Facebook and Twitter allow searching by new keywords, display various threat levels on geographic maps, possibly using color coding to indicate the priority of threats, provide for a wide range of data on terrorism, both in the US and around the world. ” Not lagging behind the US intelligence and the Pentagon.

Ctrl Enter
Noticed oshЫbku Highlight text and press. Ctrl + Enter
We are
How the US uses surveillance and scandals to spread its global control (AlterNet, USA)The game of "snowballs" across the Atlantic
14 comments
Information
Dear reader, to leave comments on the publication, you must to register.