Fairy tales of new Russia: the tale of how the good king of the central bank of the state nationalized, and the evil boyars prevented him 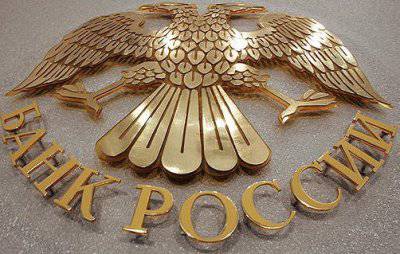 For more than ten years now, the tale of V. V. Putin’s attempt to nationalize the Central Bank of the Russian Federation has been circulating. There are many versions of this tale - from cautious hypotheses to frank delirium, but they all agree on one thing: the corrupt Duma did not allow this to be done.

However, the fact that the obvious does not occur to such citizens is quite understandable: it’s boring without conspiracy, the States don’t scold them much, and if you start thinking about the causes of real problems, you come to the conclusion that it’s not the Fed and the State Department that are to blame for them, so it is much more pleasant to believe in a non-existent enemy than to understand the causes of what is happening, risking at the same time to destroy the system of one’s own beliefs.

However, lovers of fairy tales, characterized by paradoxical "logic" and thirsting for victories, cause particular affection: in their opinion, the recent endowment of the American agent, whom they consider the Central Bank, functions of the mega-regulator and the powers of the Federal Service for Financial Markets is a victory agent and the transfer of all the levers of influence in the financial sphere of the country should lead to getting rid of the bondage of the dollar. In their opinion, this should also contribute to the appointment of the head of the Central Bank of the controlled liberal Nabiullina. Although than Nabiullina is more controlled than, for example, Ignatiev, who has been appointed as head of the Central Bank three times without alternatively before her, they cannot explain - just as they cannot explain what it means to nationalize the Central Bank.

But despite the stupidity of fairy tales about the nationalization of the Central Bank, these tales continue to live and multiply.

For the first time about the attempt to nationalize V. V. Putin, the Central Bank of the Russian Federation was talked about by sensational journalists in 2000.

“Around the new law on the Central Bank of passions boil for a long time. But until recently the president did not interfere in them. At the end of September, Vladimir Putin made his own amendments - later, by the way, a month and a half after the official deadline for their submission expired; The Duma Bank Committee had to specifically extend it, otherwise they could not be legalized. The meaning of presidential amendments is the nationalization of the Central Bank. ”

And everything would seem to be good, but nobody can find the draft law with the text of the amendments on the nationalization of the Central Bank, and the actions of the banking committee on the legalization of amendments, which Kommersant told, will not tally with the subsequent actions of the Duma to prevent these amendments.

But the fairy tale is a fairy tale, and after 13 years after its appearance thousands of lovers of fairy tales, fueled by the belief in the infallibility of deputy Fedorov, who is the main peddler of fairy tales about nationalization, happily claim that there were attempts at nationalization (though they confused in testimony - the variation of dates for the unsuccessful attempt to nationalize the Central Bank varies from 1998 to 2004, and the number of attempts varies from one to two).

So - maybe the truth, fairy tales do not lie, maybe there was an attempt to nationalize the Central Bank of the Russian Federation?

The answer is unequivocal - no.

Of course, every fairy tale is based on some real fact, but the interpretation of this fact has nothing to do with reality - therefore the fairy tale is a fairy tale.

In order to understand what was in fact, it suffices to find in the network a passport of the draft Federal Law No. 99113823-2 “On the Central Bank of the Russian Federation (Bank of Russia)” (which is a prototype of the current 86-FZ) and history its adoption, highlighting only what is even remotely related to nationalization.

In the new draft law, in particular, it was supposed to clarify the status of the Central Bank, as well as the ownership of property and authorized capital (not nationalization, but still ...)

Since all the regulations affecting the Central Bank in one way or another, in accordance with the law, are sent to the Central Bank for examination, this case was not an exception, which resulted in the Central Bank’s letter No.01-31 / 1249 from 27.03.2000in which, in particular, it was said:

Government Conclusion on this Project No.1529п-П13 from 15.05.2000 It was similar to the conclusion of the Central Bank, and there are good reasons: it is worth remembering the attempts of the West to arrest the property of the Russian Federation (for example, airplanes), estimate if there is a possibility of seizing the property of the Central Bank, then why not a “money machine”, and think hard, apparently, these are the evil boyars-deputies as a result they did (I also want to remind you that the State Bank of the USSR did not answer for the debts of the USSR, and the USSR for the debts of the State Bank, and this is no accident).

Finally, the most interesting thing is the president’s opinion: letter No. Pr-1873 from 21.09.2000 (that is, the very amendments, the purpose of which, according to Kommersant, is the nationalization of the Central Bank):

As you can see, nationalization does not smell like it - we are talking about clarifying the status of the Central Bank, and the proposals of the President, as can be seen from part 2 of the article 1 of the current 86-FZ, were partially accepted.

In connection with the above, the second part of Article 1 of the Federal Law is proposed to be amended as follows:

“The Bank of Russia is a federal state institution with the rights of a legal entity. The Bank of Russia has a seal with the image of the State Emblem of the Russian Federation and its name, indicating its organizational and legal form. "

And again, talking about clarifying the status of the Central Bank and not its nationalization, although the proposal was rejected by the deputies.

Then, in the same vein, neither the responsibility of the obligations of the Russian Federation on the part of the Central Bank, the transfer of the issuing function under the control of the government or the president, or dependence on anyone for the implementation of the Central Bank of its functions and powers in the proposals of the president words - we are talking about clarifying the status of the Central Bank, about an insignificant redistribution of functions, about strengthening the control over financial activities and the board of directors (to steal less), but not about nationalization. And this is not surprising: it is impossible to nationalize the fact that, in fact, is in fact initially a state one.

Ctrl Enter
Noticed oshЫbku Highlight text and press. Ctrl + Enter
We are
A great interview with Sergey Lavrov: about Ukraine, Obama and IranWhat you didn't want to know about England
180 comments
Information
Dear reader, to leave comments on the publication, you must to register.