From Lenin to Putin. Disputes about the clogging of the Russian language

November 11 2013
257
Russian language we spoil. Foreign words are used unnecessarily. We use them wrong. Why talk about “defects” when you can say shortcomings or flaws or gaps?


I confess that if the use of foreign words unnecessarily makes me angry (for this makes it difficult for us to influence the masses), then some of the mistakes written in newspapers can be completely outraged. For example, they use the word "wake up" in the sense of exciting, bothering, waking. But the French word “bouder” (bude) means angry, sulk. Therefore, waking means actually “being angry”, “sulking”.

Is it time to declare war on the distorted Russian language?

Eh, Vladimir Ilyich ... What the hell are there “defect” or “awake”. You would read today's newspapers, listen to current speeches and walk through the streets of our days ... Solid "gadgets", "innovations", "weekends", "sales" and "emails". Want to have a snack - they will offer you a hot dog - well, in the sense of a “hot dog”, you would like to buy a new suit - a “sales manager” will ask you about your preferred style or image, and if you decide to look at how you relax modern youth, it is unlikely that you will pass the “face control” of the “security” in the “night club” to the “party”. 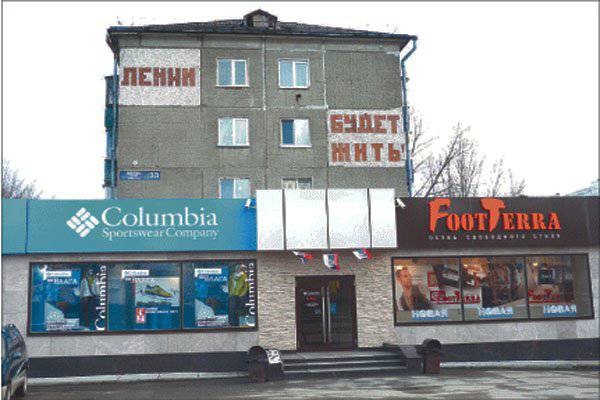 Here, Vladimir Ilyich, and Vladimir Vladimirovich (if you don’t know, this is our president) today is also somewhat discouraged by the use of foreign linguistic borrowings without the need. Whether he read your work, published almost 90 years ago in Pravda, cannot be judged, but, by the way, it also took care of the dominance of foreign words in the language. And they, as you already understood, we have a dime a dozen ...

Abuse of foreign terms reminds me in part of the abuse of advertising in a foreign language. Those who abuse foreign terms seem to believe that this automatically classifies them as some higher and more civilized caste, belonging to which makes them more meaningful, and their ideas and judgments more substantive. Abuse of foreign terms indicates only one thing - their lack of self-confidence and weakness, at least professional.

As you can see, the problem of using borrowed words torments the minds of Russian leaders of different generations. Indeed, the problem is weighty, because, according to experts, due to the total dominance of anglicisms in the Russian language, many traditional terms simply die off. At the same time, some people are sure that this process is very useful for the Russian language - as if the language is being updated and becomes more flexible. But on this occasion there is another opinion: foreign borrowing can be useful only if they complement the language, when the language does not have its own options.
If Anglicism can be replaced with the commonly used Russian version of the word, then from such borrowing nothing positive for the language (Russian) is added, on the contrary, its basis becomes scarce, and borrowing only multiplies. It is this process (here's the bad luck - again a foreign word, Lenin would not approve ...) we are witnessing today, and precisely today he began to show himself most actively. Ilyich with his phrase "we spoil the Russian language" got to the point!
Let us turn to the speech of Vladimir Putin, made the other day. The President says that the abuse of foreign terms indicates a person’s professional weakness and insecurity. A very interesting remark, if only from the point of view, that among, say, the closest associates of the head of state, there are a considerable number of people for whom the use of anglicisms both to the place and out of place has become almost the norm. Offhand - the second person in the state, Dmitry Medvedev. Judging by his speeches, he does not share the fears of the first person about the excessive use of foreign expressions in the language. In order not to be unfounded, let us quote Medvedev at the time when he was still in the chair of the country's president.

Dmitry Medvedev at a meeting with representatives of the Public Chamber (2011 year):

Our attempts to replace Anglicisms with some Russian words — they will have no effect. We will simply be recorded in the well-known category of Internet residents - I will not call her - and we will stay there. Therefore, one must be modern in this sense, but not stupid.

Such words Medvedev said in response to the claims of Karen Shakhnazarov. A famous director then stated:
So we drove here through the village of Zhukovka, and there on the square there was such an institution “Zhukovka-Plaza”. What if you write a letter to the leadership of this village? Maybe they will rename it. Well, it is impossible already from these "plazov" and "straights". I am not a xenophobe, but I’m crazy with these “creative” directors. 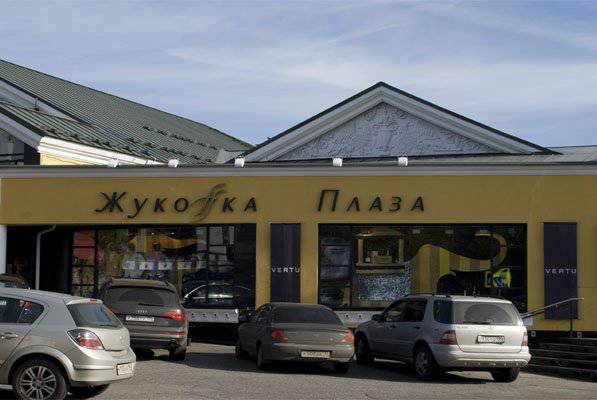 But Dmitry Medvedev was relentless:

I'm not even sure that we need to rename the “Zhukovka Plaza”. Of course, we can use power - the president does not sign letters, the president decides. So, I can now remove the tube, call, I do not know, Gromov or someone else, and tomorrow this "Zhukovka-Plaza" will not. But who cares?

Medvedev's reasoning about the positive role of Anglicism and Americanism is interesting, especially due to the fact that during the election campaign, well, let's call it the “race” of 2008, the foreign press diligently displayed the Russian word “preemnik” in English on its bands. Whether the kind of gratitude reaction with the simultaneous protection of anglicisms went from here ...

In general, as it turns out, the current top leaders of our state have views on Russian that are close to diametrically opposite.

In this regard, the amendments to the Federal Law "On the State Language of the Russian Federation" and to the Code of Administrative Offenses regarding the Russian language, which were proposed by the deputy group led by Vladimir Zhirinovsky in February 2013, look particularly acute. According to the letter of these amendments, it is proposed for, quote:

The draft says that there are foreign words in the Russian language that do not have their own analogs (for example, “football”, “byte” or “computer”, but recently borrowings have come to show themselves that can be easily replaced with Russian versions (“ session "-" meeting "," single "-" song "or" boutique "-" shop "). The deputies note that such a bill, trying to protect the Russian language from strange foreign borrowings, is not at all obscurant, citing examples of similar laws, acting in other states: French law on the language (France, 1994 year), the charter of French language protection (Canada, Quebec, 1977 year), the law on the protection of the Polish language (Poland, 1999 year). Other examples can be cited: the law on the protection and development of the Ulster-Scottish language ( Northern Ireland), giving special status to the Luxembourgish dialect (language) in relation to French and German (Luxembourg).

If the amendments to the Federal Law really worked, then Dmitry Anatolyevich would definitely become a permanent donor of the Russian treasury ... And with the help of the leading TV channel MTV-Russia, it would be possible to overtake China in terms of economic growth ...

But seriously, after reading only the signs on the streets of our cities, and it becomes sick. Solid boutiques, shops, houses and consulting firms. Hotels, motels, parking. And indeed you will forget that there are such simple words as “hotel”, “parking” or “stall” ...

Ctrl Enter
Noticed oshЫbku Highlight text and press. Ctrl + Enter
We are
Nordic Defense Innovations (part of 1)At the Zhytomyr armored plant innovate and optimize production
257 comments
Information
Dear reader, to leave comments on the publication, you must to register.