Iran as a guarantor of stability in the Middle East 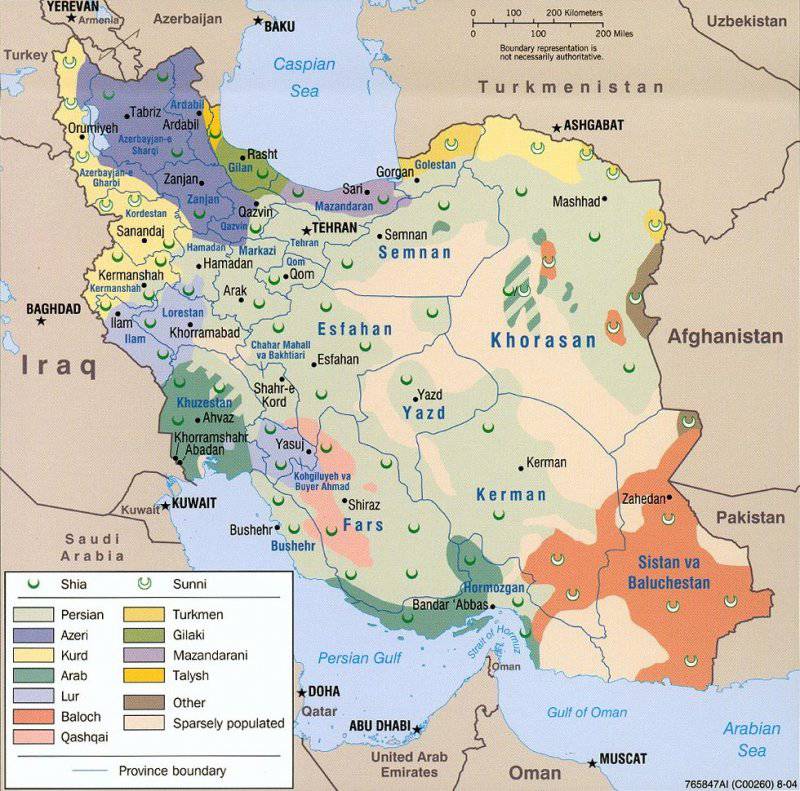 All the events taking place in the Middle East, whether it is a conflict in Syria or the “resource wars” of Qatar and Saudi Arabia, are in one way or another connected with the Islamic Republic of Iran. The forces of evil seek to weaken Iran, or even destroy it altogether. And friends ... And Iran has very few friends in the Middle East. And they, too, now is not easy.

The reason for the events in this case lies in the fact that the current Iran "like a bone in the throat" is among the main geopolitical players. The fact is that for the American elite, Iran is an obstacle to their “Greater Middle East” plan to radicalize the region. For Qatar and Saudi Arabia, Iran is primarily an ideological and economic competitor. This, in turn, is again skillfully used by the upper elite of the American elite, which consists mainly of Zionist Jews. After an obvious failure in Syria, they obviously made a bet on fomenting a war between Arabs and Persians. And the goal of everything that happens here is only one - to blow up the Middle East. And Iran is on its way to achieving it - the last obstacle.

In fact, Iran in the Middle East is now acting as a deterrent. Iran’s leadership is tough on drug trafficking and terrorism. Accordingly, the transit route for drug couriers and terrorists is almost completely closed through Iranian territory. It should take into account the fact that Iran is located just between Iraq and Afghanistan with Pakistan. That is, countries internally unstable.

A special place is occupied by the main religion in Iran - Islam of the Shiite trend. Generally, Shiism and Sunni is for Muslims, approximately, like Orthodoxy and Catholicism for Christians several centuries ago. Shiites are fairly moderate Muslims. While the Sunnis, and especially the individual sects of this Islam, such as the Salafis and Wahhabis, are the real radicals. All Muslim terrorists are just representatives of the radical Sunni sects. Among Shiites, this kind of activity is not at all welcome. There is, of course, the Mahdi Army in Iraq created and led by Muktada al-Sadr and a number of smaller Shiite armed groups. But this is a very strong exception for the Shiite world, rather than the rule.

Proceeding from all this, it is worth bringing, first of all, to the western audience, the idea that all the aggression now coming from London, Washington, Tel Aviv, Riyadh and Doha is against the stability of Iran in the whole region The Middle East, coupled with the endless stupidity of Arab sheiks, firmly seated on the hook of the USA, with their desire to "remove the competitor"; and not the fight against Iran’s mythical "nuclear program" and other invented "pugalkami." Yes, and so beloved by the West about the "struggle for democracy" in the case of Iran, too, will not work. The fact is that there is more democracy in Iran than in the “den of world democracy” - the United States of America. About Saudi Arabia and Qatar, which in terms of civil rights and freedoms of the majority of the population can only compete with the medieval principalities, there is no reason to speak. I advise everyone to study the electoral system of Iran, where all citizens are vested with active suffrage in 16 years (There is only one in the world in Brazil), and the elections themselves are characterized by fierce competition. That is, no one goes to vote "for show" in Iran. In elections, the one who is worthy really wins. It is also worth noting the filter system for candidates for the President of Iran. She is also very interesting.

In my opinion, now Iran is an example for the entire Muslim world, how to develop properly. In the conditions of the most severe sanctions, Iran is now building cosmodromes and modernizing industry. While, for example, Arab sheikhs who have gone mad with an abundance of “petrodollars” build palaces and hotels with golden bowls for themselves, and also buy gilded airplanes. Therefore, the path of Iran is a path of development with preservation of traditions. The path of Saudi Arabia and Qatar - medieval obscurantism. Actually, who supports whom, he goes to that. The Syrian terrorists, who have taken sides with Saudi Arabia and Qatar, have been hammering the territories of Syria under their control into the Stone Age for several years now. I have flown to Syria several times this year and have seen with my own eyes what is happening there, where these various guardians of “pure Islam” have been. This is a real hell. At the same time, where secular Syrian power is preserved - everything is not even bad at all. But the problem is that the puppeteers of the Arab sponsors of these scumbags from Al Nusra, Al Qaeda, ISIS, etc. they want to turn the whole Middle East into hell. In no case should anything be allowed ...

Ctrl Enter
Noticed oshЫbku Highlight text and press. Ctrl + Enter
We are
Iran in the Syrian conflict. The confrontation with Saudi Arabia and the interests of the ShiitesSyria: "Friends" met again
87 comments
Information
Dear reader, to leave comments on the publication, you must to register.