Hypersonic pruritus, or what can hypersonic aircraft

Last time, not a single day, you come across messages on hypersound: “The head parts of the missiles maneuver, fly on hypersound and intercontinental range ...” “In Russia, there are tests of a hypersonic ramjet engine!” And so on and so forth.


Before the eyes of a simple man in the street, a fantastic picture immediately arises - hypersonic airplanes take off and hit with their missiles, again on hypersound, intercontinental targets ... And the planes themselves and their scramjet missiles are invisible and not intercepted.

Again came across an article "Hypersonic, straight-through, flies" in "Technology - Youth" from 1991 year.

The article is written: “The scramjet or, as they say,“ hypersonic direct flow ”, will allow to fly from Moscow to New York in 2-3 hours, to leave the winged car from atmosphere to space. An aerospace plane will not need either a spreader, as for the Zenger, nor a launch vehicle, as for the shuttles and the Buran, - cargo delivery to orbit will be nearly ten times cheaper. ” The article was written by Yuri Shikhman and Vyacheslav Semenov, researchers of CIAM.

Of course I was well acquainted with both of them, since I participated with them in many works on the subject of the institute. Including on the subject scramjet. Although my main and main part of the work was not relevant, nevertheless, it was necessary and important. I was connected to this work as early as the year 84, still a young specialist and junior researcher. At that time, Reuvim Isaevich Kurziner was still leading over all the work on the subject of “Chill” at CIAM.

An experienced scramjet on the subject of “Cold”, or an 057 product, as part of a hypersonic flying laboratory (GLL) was a research facility whose main task is to demonstrate the possibility of burning an air-fuel mixture at a supersonic flow rate of the working fluid in the combustion chamber circuit. On the ground, it was not possible to simulate all the combustion regimes, so it was decided to investigate this problem in real flight conditions.

An anti-aircraft 5B28 C-200B (SA-5) missile was used as a carrier, propeller and simulator of flight regimes. Instead of the head of which docked GLL with scramjet with a fuel tank and control systems and maintenance.

The first flight of the GLL with the scramjet was performed on November 28 1991. In the first flight test of a scramjet, the maximum number M was 5,8, the engine worked together for 28 s, during the flight it was automatically switched on twice. Thus, for the first time in the world in the conditions of flight testing, the hypersonic ramjet operation was proven ( Engine magazine №6 from 2006 of the year).
Over the 1991-98 years, about 8 launches were made (including throwing). In addition to Russian specialists, the French took part in the research of the experimental scramjet - in 1992 and 1995 under contracts with the National Science Center of France (ONERA), and in 1997 and 1998 - the Americans, under contract with the US National Space Agency (NASA).

So, more than 20 years have passed. What we have?

Are there hypersonic aircraft, that is, flying at hyperspeed (M> 5)? There is! 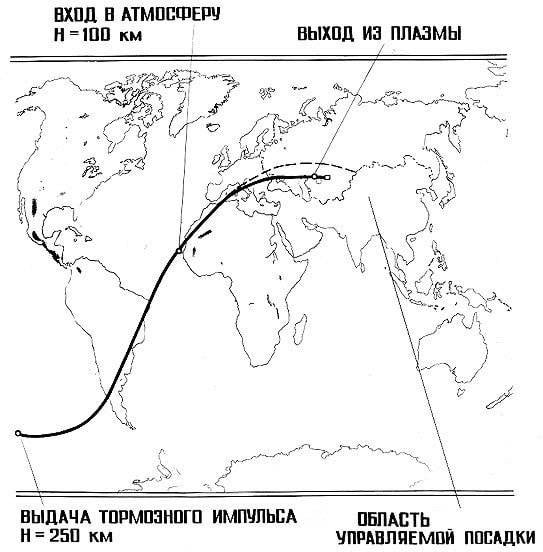 We will conduct a "mental experiment." Is it possible to turn this entire landing profile of the “Buran” hypersonic orbital ship back?
You can!
Only for this you need a booster "Energy".

“And if on the GPRD?” The reader will ask. Can. But for this, in order to ensure that the GPRD enters the regime, it will be necessary first to “push” the entire system with something similar to the DDR, i.e. overclocking powder powder. And then bring it up to a circular orbit, “feeding” the engines with stored oxygen or on a pure LRE. As a result, the "savings" on the oxidizer, when using atmospheric oxygen on a scramjet, will be something like 20%. But then there are so many difficulties that God forbid!

And did engineers of this kind "economical systems" using outside air conceive? Yes, as many as you want! Same "Senger" and "Khotol".

And ... modestly say - the early versions of the now world-famous ICBM "Topol". Yes indeed! This whole system was called "Dwarf"

"Dwarf" - a three-stage intercontinental ballistic missile equipped with a straight-flow solid-fuel propulsion engine of the first stage, solid-fuel engines of the second and third stages and an accelerator. The design has been carried out since the beginning of the 60-ies in the machine-building design bureau (Kolomna) under the direction of Boris Shavyrin.

In the future, the designer MIT A.D. Nadiradze, relying on his experience in creating a mobile Tempo OTR, proposed the ICBM project on conventional solid-fuel engines. He was supported by the leadership of the Ministry of Defense Industry, and as a result we received an 45-ton mobile groundwater intercontinental Temp-2С. Further, its modernization and improvement are the Pioneers (RSD) and Topol (ICBM) ... Many see this as cunning (45 tons instead of the promised 29). However, with the "Dwarf" it could turn out the same. Calculation is one thing - quite another practical implementation!

Supersonic intercontinental cruise missile "Storm" ("product 351"), the closest to the required parameters of aircraft with scramjet.

Purely theoretically, this system, using modern materials, fuels, solid propellants, can be accelerated, probably, up to 5 moves. Only here is the question: will he have super-superiority to existing ICBMs?

The approach time to the target at the maximum range will be approximately 1,5 hours (MBR - 30 minutes).

Some benefits will be - for example, a delay in detection.
The ICBM is detected quite quickly, firstly - the initial torch, and secondly - the large ascending height of the ballistic trajectory (up to 1600km).

Although our last “Topol-M” and “Yarsy” and others of the same family, they say, can fly along other, for example, quasi-styling circular roads (100-200 km), this is why their power supply and mass differ significantly from skinny “Minutemans” optimized for ballistic trajectories.

In connection with this, I recall the stinging enthusiasm of a NASA (or Pentagon) rocket engineer - “de, Russians don't know how to make rockets, they even have more modern and heavier ones than ours, developed by 70's.” Exclamations, however, quickly subsided. Apparently, more qualified comrades explained to him what was the matter ...

So, the main question with hypersonic rocket airplanes is - are they needed, or will we refrain so far?

As we have seen, rockets and orbital ships have long been implemented, though not on a scramjet.

And about the planes ...

For more than 20 years, the military has kept the M <3,5 (SR-71, Sotka, MiG-31). A further increase in speed does not imply additional advantages, all the same, anti-aircraft missiles on solid-fuel engines will get it if they intercept ICBM heads and satellites in the 1st space.

It seems to me that such high-speed aircraft liners were needed before the Internet era. Why, you ask? And because now businessmen-businessmen and officials of various stripes do not need to rush so swiftly across continents-continents: it will not work any faster than electronic signatures and video conferences.

And if, nevertheless, someone is impatient - to see a newborn son or to launch a plan for his birth - you will have to temper agility. And slowly “nauseous”, as my friends say, narcissistic egoists of the BMW brand, an evening horse in the form of a trunk or intercontinental “watermelon” or “Boeing” with an average speed of 900 km / hour, tea, not to that light late ...

But hypersonic engines - scramjet, the main distinguishing feature of which - supersonic outflow of the working fluid through the combustion chamber, has not yet been created.
Maybe someone will succeed. And the developers who were not warned that this was impossible, but they, without knowing it, took and implemented a fantastic project. Such examples история science and technology also knows ...