Columbia Pictures "presents: the pursuit of the Tu-160

November 8 2013
158
During the week, quite unexpectedly, the Russian Federation reminded of its existence such a state as Colombia. The President of this South American country, Juan Manuel Santos, speaking in the city of Pasto, said that last week there had been a violation of the Colombian airspace by the Russian Tu-160 aircraft. At the same time, in order to accompany the “violators”, the Colombians had to urgently raise Kfir fighters into the sky, which, reportedly, were awaiting orders to attack Russian air-launched missile carriers. 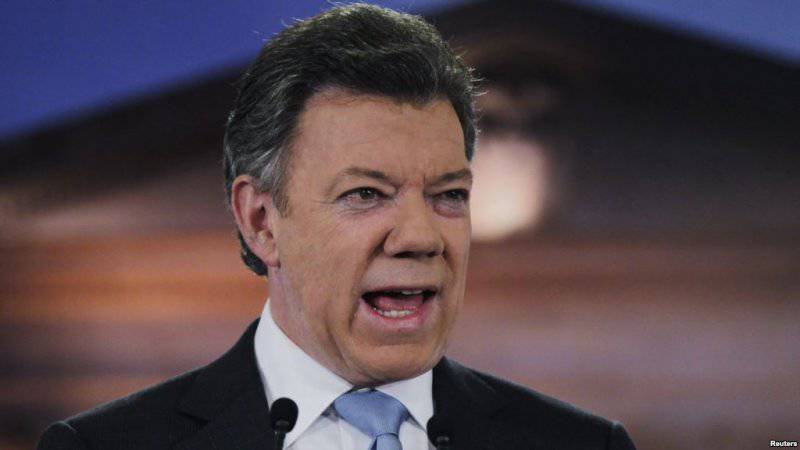 President Santos:
On Friday, the 2 Russian bomber flew from Venezuela to Nicaragua, they flew over Colombian airspace. Since these are military planes of a foreign state, they had to ask for permission. They did not ask him.
For such “boorish” behavior of Russian pilots, Juan Manuel Santos was determined to send a protest note to the Russian Federation through the Ministry of Foreign Affairs.

The incident with the “violation” of the airspace of Colombia by a pair of Russian “White Swans”, according to the same Santos, was also not an isolated one. It turns out that there was a double violation: originally it allegedly happened at a time when strategists flew from Venezuela to the Republic of Nicaragua, and the second time Tu-160 flew over Colombian territory while returning from Managua Airport (Nicaragua) to Maiquetia Airport (Caracas, Venezuela). 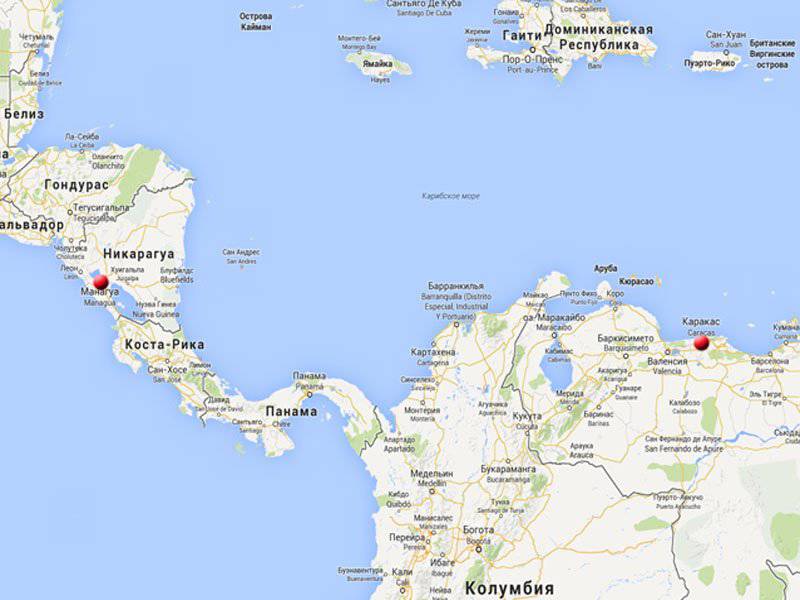 Returning to the words of the head of Colombia, a certain oddity is noticed. If Mr. Santos is sure that Russian strategic bombers violated Colombian airspace last Friday, and if he was extremely annoyed by this fact, then why did the presidential reaction come out somewhat late. As far as it is known, Colombia did not celebrate any public holidays unlike Russia the other day, and therefore more than three days of silence by the Colombian authorities on the “fact” of the air border violation, followed by the threats of protest notes and harsh statements made after silence, is quite difficult to explain from a reasonable point of view ...

Moreover, the Colombian leader notes that the Colombian air force fighters took off for the "interception" of the Russian "White Swans" on Friday 1 in November, but for some reason does not mean that the same Kfir took to the air at the first "violation" ( during the flight Tu-160 from Caracas to Managua). Or did the Colombian pilots prepare their fighters for the flight for so long that the Russian strategists managed to “fly” back and forth? ..

Representatives of the Russian Defense Ministry say that there was no violation of the air borders of Colombia, as the planes from Caracas to Managua and back flew over the airspace of Venezuela and Nicaragua (of course, with the permission of these states) and over the neutral waters of the Caribbean Sea.

So, let us assume that the Ministry of Defense is cunning, and that the planes flew precisely over Colombian territory. So - through Colombia, of course, it will be faster, but one can hardly expect that official Bogota wouldn’t warn anyone about the flight of strategists through its airspace. Flight Tu-160 in Latin America - the phenomenon is not trivial. If they flew every single day - well, then, hand on heart, one could still say that everyone knows about our flights here, and so everyone is already accustomed to them, and therefore it is possible not to warn them, but only to flap their wings in a sign of greeting ... And so - everything is somehow strange.

In this regard, you can bow to the version that the Colombian authorities are still dreamers. And in this they have a lot in common with the Japanese authorities, who over the past few years have stated at least three times that the air spaces of the Land of the Rising Sun Russian planes "shamelessly violated" ...

But if the Colombians themselves invented the violation of air borders, then why do they need it? There may be several explanations. The explanation of the first is related to the relations of Colombia and Venezuela. If Venezuela is positioning itself as a very tough opponent of American ideology, then Colombia in the Latin American world has recently been considered almost the main supporter of the United States. Because of this, official Bogota could give away a feverish thought that Russian strategic bombers had flown specially in Colombian airspace to demonstrate their military support for Venezuela over the Colombia.

Against this background, the second possible explanation of the situation manifests itself. Colombia has positioned itself as an exceptionally friendly state. Moreover, Colombia last summer signed a package of agreements with NATO on cooperation and, as it sounds from the document itself, “on rapprochement”. After the signing of such an agreement by Colombians, the leaders of various Latin American states accused the President of Colombia Santos in the quote: "A conspiracy against the anti-imperialist states of South and Central America." Colombians were affected by such criticism from their neighbors on the continent, and the Minister of Defense was forced to declare that Colombia could not join NATO, but was looking for other ways to cooperate with this military bloc. The term “cannot” was deciphered in Brussels, noting that Colombia, it turns out, does not fit the geographical standards of NATO (strangely, Luxembourg or Estonia are geographically suitable, but Colombia is not). However, Washington had to urgently remove Brussels and declare through the mouth of the State Department representatives that Colombia still has not lost everything regarding NATO, and that Colombia could fully prove itself in the North Atlantic alliance.

So, if Washington pats Bogota on the shoulder, then Santos personally or his American prompters could have the idea that the visit of Russian Tu-160 to Latin America needs to be watered. They say there is nothing for the Russians to do here, because “to reach Miami by hand”. What to think up? Oh yes! The easiest option: to declare a violation of international standards of military air travel. This, in principle, can also explain why Mr. Santos "woke up" after the Russian planes returned to the base in the Saratov region. Apparently, the President of Colombia unexpectedly "dawned" ...

PS Even the American media are perplexed about the performance of Juan Manuel Santos, trying to digest the information that supersonic “Carcasses” “violated” Columbia’s air borders on Friday, and the authorities reacted to this not earlier than the beginning of next week ... In particular, this discrepancy writes edition of The Washington Post.

Ctrl Enter
Noticed oshЫbku Highlight text and press. Ctrl + Enter
We are
Army "Isthmus". Nicaragua: from the American satellite to Russia's allyColombian partisans. Is there any hope of ending the war?
158 comments
Information
Dear reader, to leave comments on the publication, you must to register.