November 11 2013
14
Djibouti is a port city in the eponymous state in northeast Africa in the Horn of Africa. By permission of the Government of the Republic,
ships from the international anti-piracy force in the Gulf of Aden enter here for bunkering and restocking. 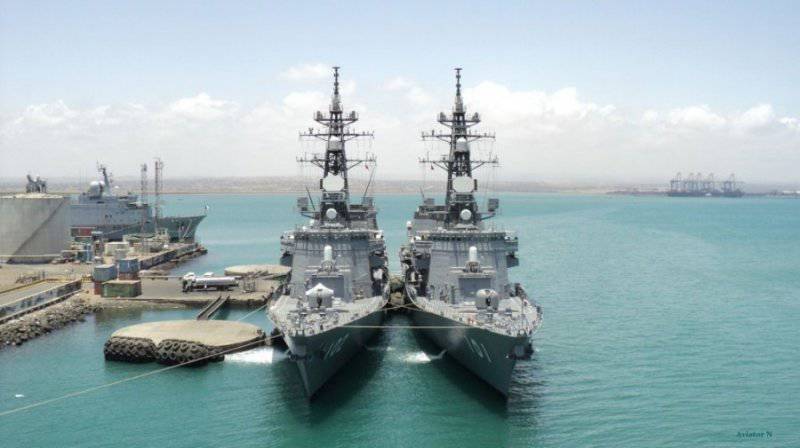 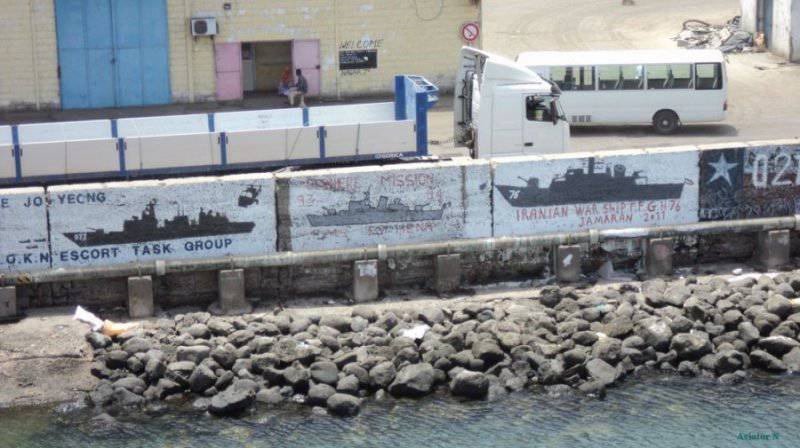 Graffiti made by members of the crews of ships entering the base. 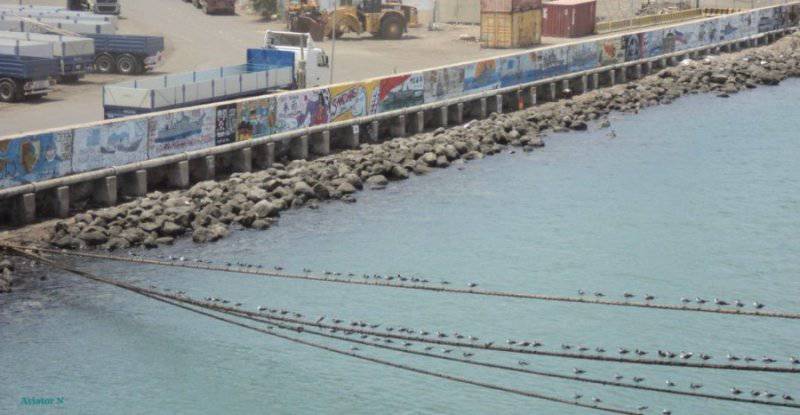 In total, the operations of international forces in this region were attended by ships from more than 30 states. 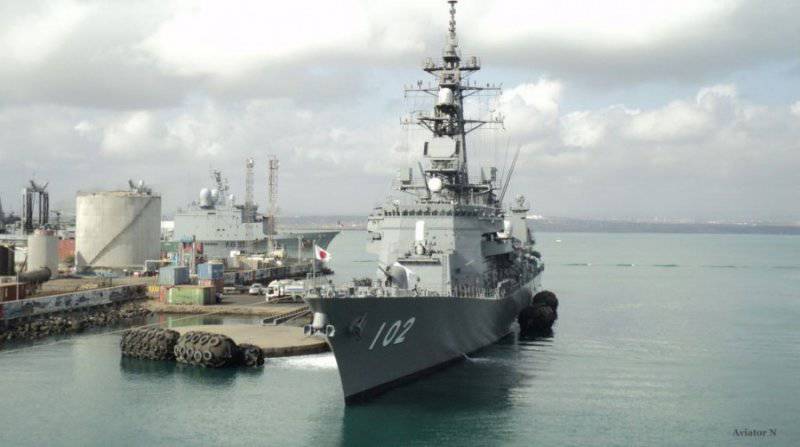 The destroyer "Kharusame" (DD-102) of the Japan Self-Defense Forces during their stay in the base.
In the background is the tanker "Marne" (A630) of the French Navy. 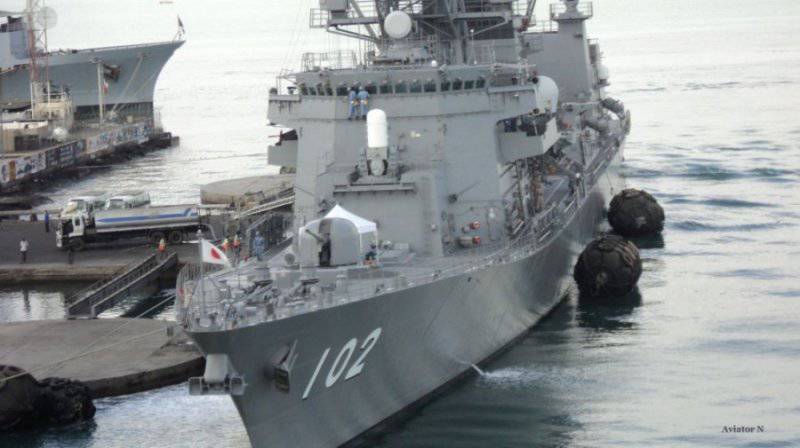 Replenishment of freshwater resources and maintenance of the Japanese destroyer Harusame (DD-102).

The big event, primarily for security services, was the entry of the supply ship USNS Lewis and Clark from the US Navy in the Strait of Hormuz.
getimage
US Patrol Boat 34-foot Sea Ark Patrol Boat, from Maritime Expeditionary Security Squadron (MESRON) 2, in the base water area, before entering the USNS Lewis and Clark supply ship.
Preparations for the call began within 24 hours and included a number of exercises and activities, such as escorting a ship, intercepting attacking boats, scouring the water area and deactivating PDSS, and examining the pier under water.

The teachings of the US Navy patrol boats 34-foot Sea Ark Navy Patrol Boat before the arrival of the American warship in the base. 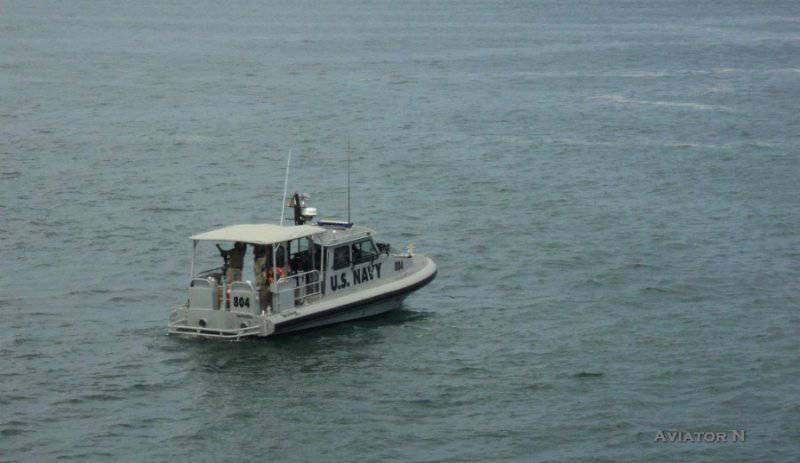 The USNS Lewis and Clark Supply Ship is moored to the base pier. 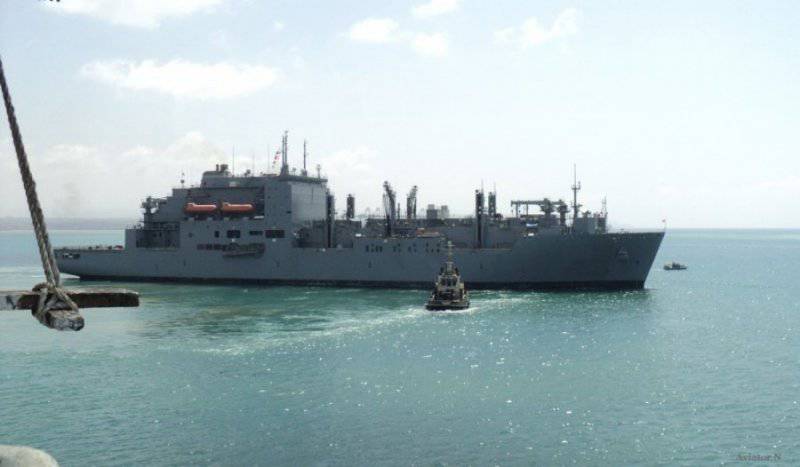 USNS Lewis and Clark at the berth base. 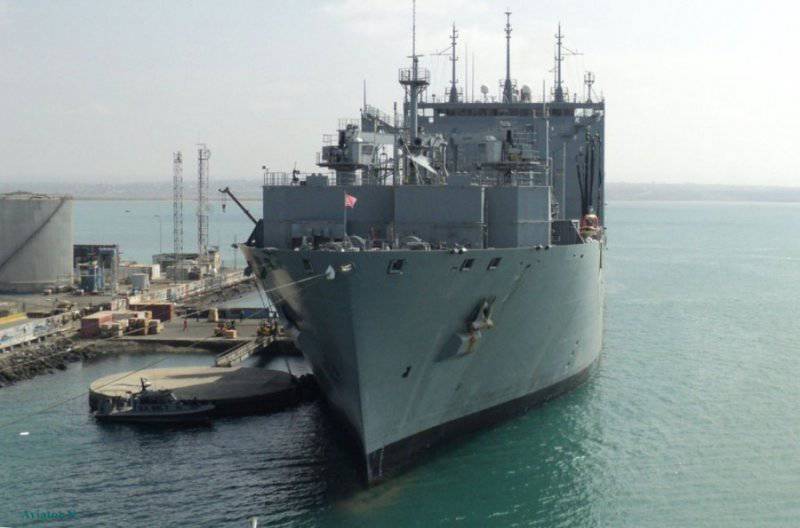 Patrol Boat Sea Ark Patrol Boat controls the approaches to the pier.
All the time USNS Lewis and Clark stayed, it was guarded both from the side of the pier and from the sea side. 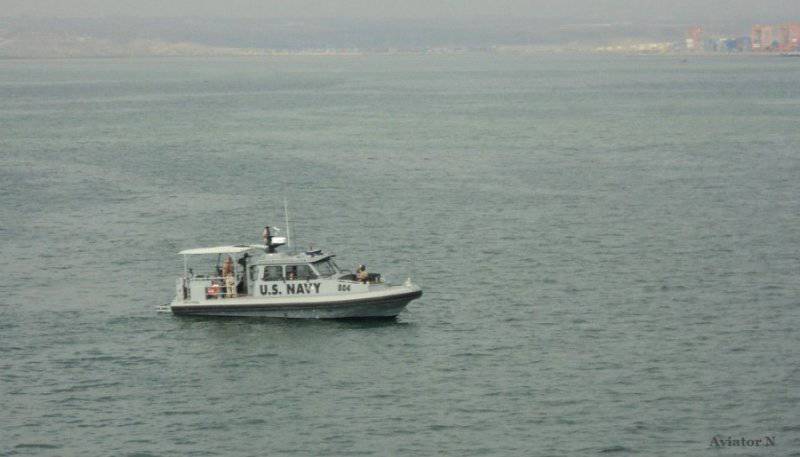 Barbecue on the pier. 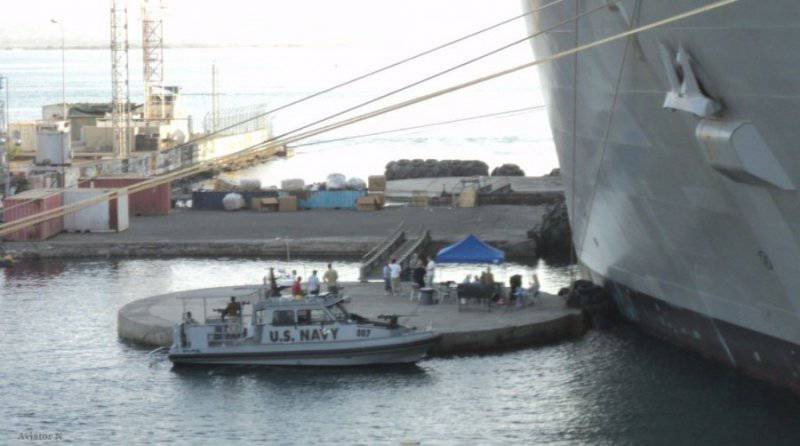 USNS Lewis and Clark exits the naval base in Djibouti.

The full version of this event on the video: 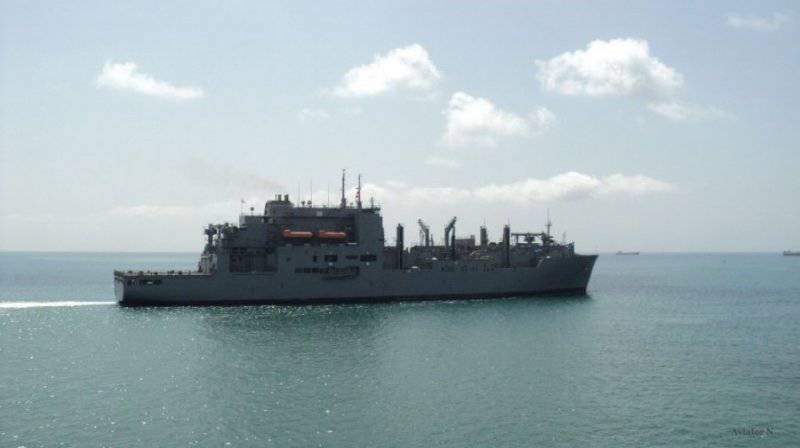 Italian Maestrale class frigate F 573 "Scirocco", from the international escort group, in the waters of the base. 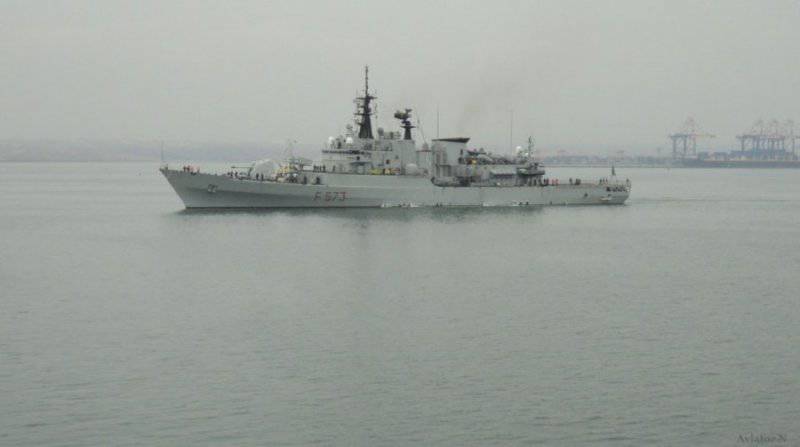 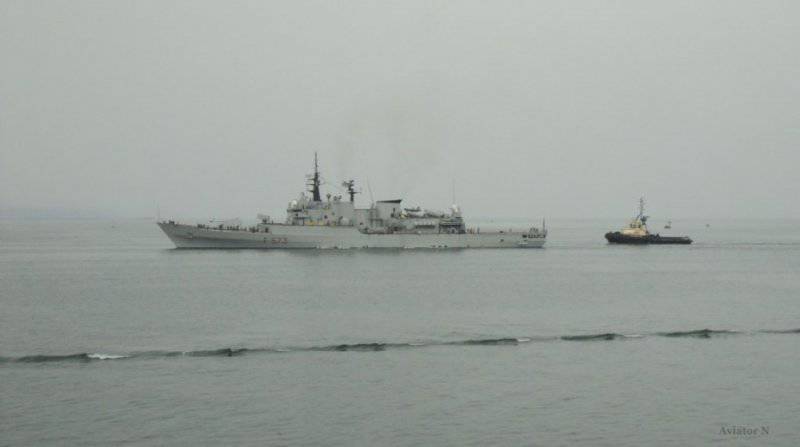 Exit the Italian frigate F 573 “Scirocco” from Djibouti to escort a convoy of civilian ships in the Gulf of Aden.
On the horizon, the HDMS "Esbern Snare" frigate of the Danish Navy.
In the foreground is a group of US Navy Sea Ark patrol boat patrol boats.

Mooring of the Italian frigate F 573 "Scirocco" to the pier of the naval base in Djibouti. 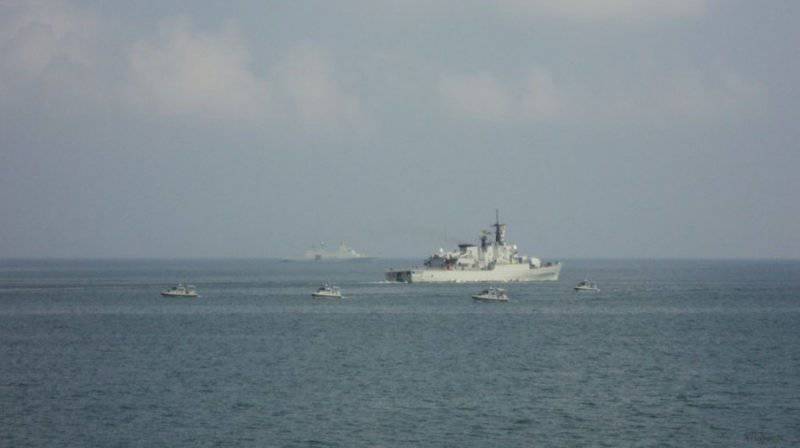 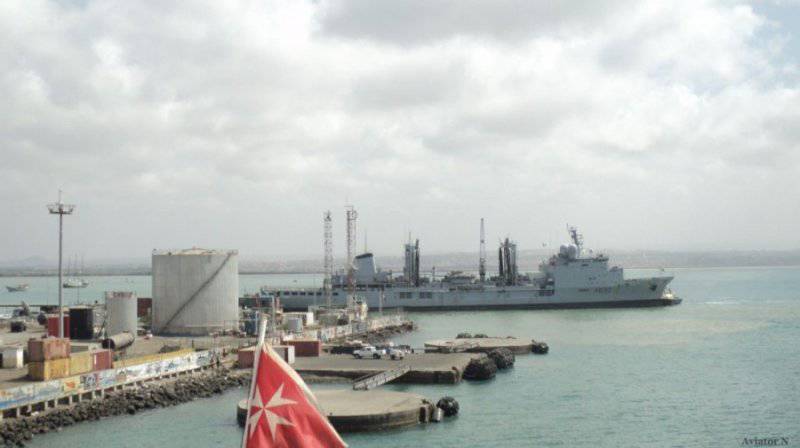 And this is the local desert ships. 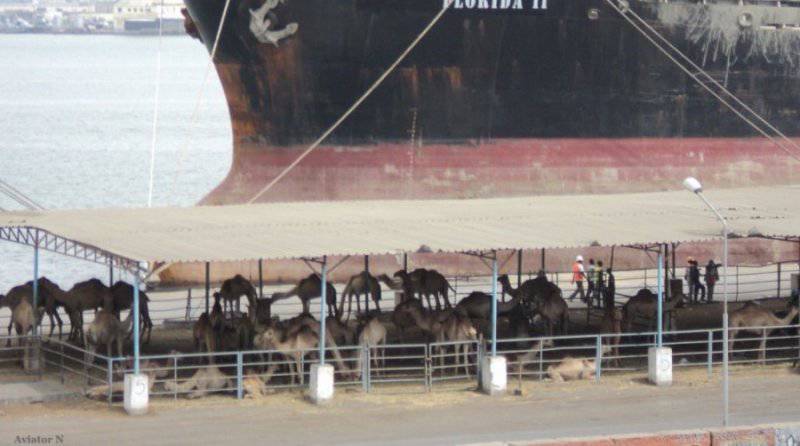 Ctrl Enter
Noticed oshЫbku Highlight text and press. Ctrl + Enter
We are
Base Davis-Montain, aircraft storage h. 47-I military base
14 comments
Information
Dear reader, to leave comments on the publication, you must to register.