China has become a global locomotive of scientific activity.

November 7 2013
40
China is gradually taking the leading position in the world in the field of experimental development and scientific research. By the number of patented inventions, the number of publications and citation indexes in 2013, China will surpass Japan, coming to the net 2-th place in the world after the United States. In terms of the number of published scientific papers, China almost caught up with the States and is more likely to overtake them in this indicator in the near future. Such conclusions were made by members of the Royal Society of Great Britain (which is an analogue of the Russian Academy of Sciences in Russia), who appreciated the recent successes of various countries in carrying out scientific activities.


British researchers analyzed a number of indicators, including the number of articles that were published and reviewed in periodical scientific journals (source Scopus scientific articles database). By the number of scientific publications, China has reached the 2-th place. The United States is traditionally located on the first, but if the share of American scientific articles from 1993 to 2003 was at the level of 25%, then from 2004 to 2008 it fell to 21%. During the same time, the same indicator of China grew from 4,4% to 10,2%, which allowed China to take off from 6 to 2 ranking position, passing the UK by the way (the percentage of English scientific works fell from 7,1% to 6,5%). 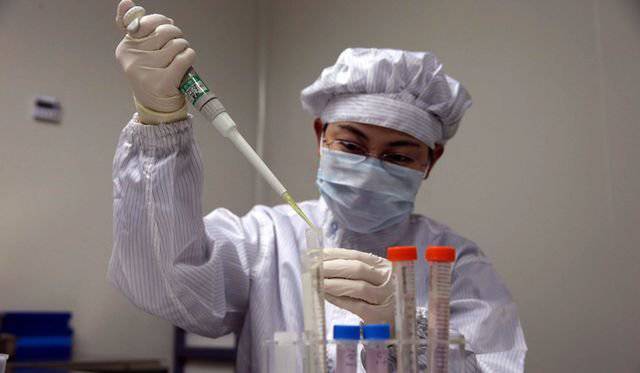 It is worth noting that China from the most ancient times was known for its inventions. It was China that gave the world four great discoveries: paper, gunpowder, compass and typography. Despite this, these discoveries did not lead the Celestial Empire to an industrial “explosion” in modern and modern times, as it happened, for example, in Europe (XVII - XVIII centuries) or in neighboring Japan (in the middle of the XIX - early XX centuries). Perhaps it was the insidious British who blamed China on the “opium needle” and were the first foreigners to impose unequal treaties on the country, and perhaps it was the teaching of Confucius, which, according to European sociologists, did not contribute to the formation of active rational thinking in the country .

In any case, Taoist monks and Confucian scholars are in the distant past, and today are more likely to lure tourists. The current China is one of the recognized world leaders. The science of China today is driven by ambitious and young scientists: chemists, physicists, mathematicians, biologists, technologists, programmers, many of whom have been educated abroad and have experience in European and American scientific centers and laboratories. Today, the “highgay” effect (the so-called scientists who returned to China after studying abroad) is working on the development of Chinese and world science. In addition, one should not discount such factors as emigration from China. Nowadays, tens of thousands of scientists of Chinese origin work in elite European and American universities.

At the same time, the leadership of the People's Republic of China (it is worth noting that all the recent leaders of the country consider themselves to be technocrats) pursues an active policy to return home to ethnic Chinese, as well as those who were sent abroad in the 1990-e and 2000-e. After returning home, they receive even more comfortable conditions for work and life than they had. The Chinese government assumes all costs for the purchase of expensive scientific equipment - even if the work is carried out as part of a foreign grant. At the same time, the authorities of the country provide their own “internal” Chinese grants, which today are completely comparable with the Western ones. 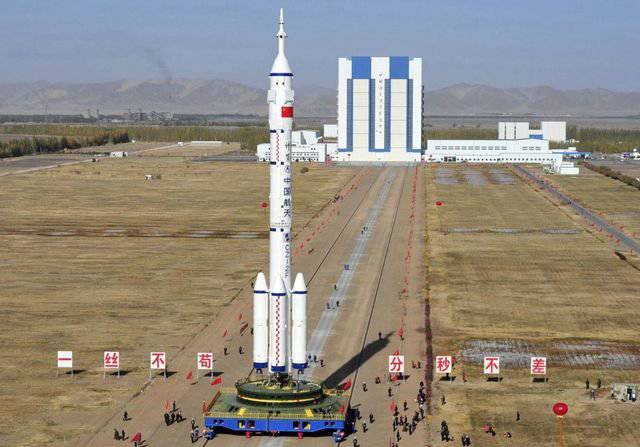 The average salary of scientists in the PRC has increased by a factor of 1998-27 since 28. For example, the annual income of an employee of one of the research institutes of the Chinese Academy of Sciences ranges from 25 to 65 thousand dollars per year (average values), but can go up to 150-200 thousand dollars including all grants and fees. A professor at the Beijing National Institute of Biological Sciences for the year earns about 50-60 thousands of dollars. For the Middle Kingdom is just an excellent salary. It is not surprising that today the Chinese view scientists as real pillars of society. Engineers, scientists and professors in Chinese society are increasingly valued every year. Due to the prestige of the profession and the high level of wages (explosive growth), most of the most promising college graduates associate their future life with science. Chinese scientists are constantly experiencing social support for their research from society. Moreover, since 2006, Beijing has been implementing a special program: “An Action Plan to Increase Public Understanding of Science”, which has been worked out until the 2020 year.

There are in the Chinese university education and problems similar to the Russian. The main one is the redundancy of higher education institutions in the country, mainly due to the emergence in recent years of early maturity "academies" and "universities" that do not possess the high quality of student learning. Because of this, the number of graduates exceeds the demand for 20-30% in the country, and the prestige of higher education is reduced.

Despite this, China has a very high quality education. The Institute of the Far East of the Russian Academy of Sciences published its research on building up the scientific and technical power of the PRC. At present, China already occupies a place in the world 1 in terms of the amount of resources allocated (including the instrumentation base) per researcher, and in the number of scientific and technical personnel whose number has already reached 51 a million people, the country also has no equal. And if such a large figure can be tied to the largest population in the world, then you cannot explain the high level of education. In the year 2009 in the number of universities that entered the top 200 universities in the world, China ranked third (11 universities), passing only the United States and the United Kingdom. At the same time, 3 ranks PRC with Holland and Japan, although only a decade ago, the top 200 included only one Chinese university (Fudan in Shanghai). 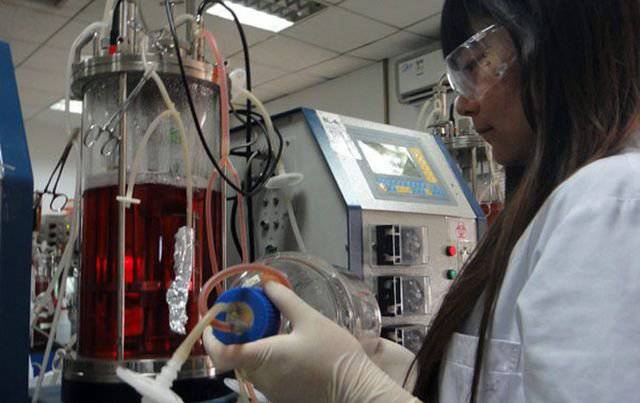 The most important problem of science in the PRC is to ensure national innovation development, taking into account the appeal to an intensive economic model, which is based on the development, production and export of Chinese technologies. This is a very difficult task, since before the 2007 of the year, according to the domestic scientist Jacob Berger, the dependence of China’s main industries on imported high-tech components was very high. For example, with the release of automobiles, the PRC depended on foreign developments by approximately 70%, in the manufacture of IT products - by 95%, and in the production of TVs and mobile phones - by 100%.

Until recently, the main problem was that Chinese enterprises did not “digest” foreign technologies to create their own, national ones, often engaging in rather rough and mechanical copying, which was accompanied by copyright infringement. Moreover, Chinese experts have even created special methods for replicating and copying foreign technologies. This way is easier and cheaper, but the strategy of simple copying has fully developed its resource.

In the coming 20 years, the industry and science of the PRC must respond to a new strategic challenge. According to the plans for the development of science and technology in China, by 2020, the country will have to reach the world level in 11-ti main areas of scientific activity, and in 3-5 positions in each of these areas to secure a leading position. By 2050, China expects to create a knowledge economy. In 2006, China adopted a long-term plan for the development of scientific activity, which implies an increase in the financing of science. By 2020, science plans to allocate up to 2,5% of GDP (now at the level of 1,5-1,7% of GDP). 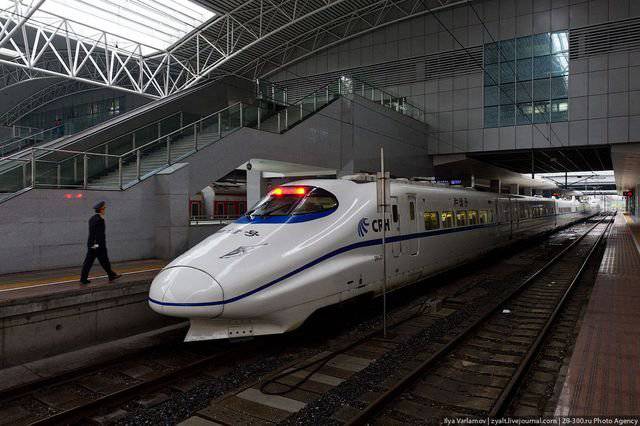 The problem is also the combination of innovation and science. In 2007, the approximate ratio of funding for academic and university science was at the level of 5 to 1, this proportion remains the same now. At the same time, the Chinese leadership is aware that the main thing here is not the amount of funding, but the effectiveness of its use. Nowadays, in conjunction with the Academy of Sciences - University - Ministry - Industrial Enterprise, structures are being developed with the goal of turning industrial facilities into a real base for innovation activities. It's no secret that back in 2003, only 30% of all enterprises in China were covered by OCD.

In China, the reduction of scientific institutions. In CAS - from 123 to 92, and in CAON - from 152 to 112, with a simultaneous increase in funding (to 40%). The organization of any “property management agencies” and rental of premises in China does not arise in principle. Also, the state rather tightly controls the age of directors of research institutes, which can not exceed 55 years. The country is regularly updated leadership at all levels.

Thus, at present, Chinese science, which has retained the Soviet “classical” academic heritage, is successfully adapting the western experience in the country, as well as the most modern foreign innovations, which allows it to develop dynamically.

Ctrl Enter
Noticed oshЫbku Highlight text and press. Ctrl + Enter
We are
Fighting robots in future wars: expert conclusionsThoughts on weapons of the near future
40 comments
Information
Dear reader, to leave comments on the publication, you must to register.