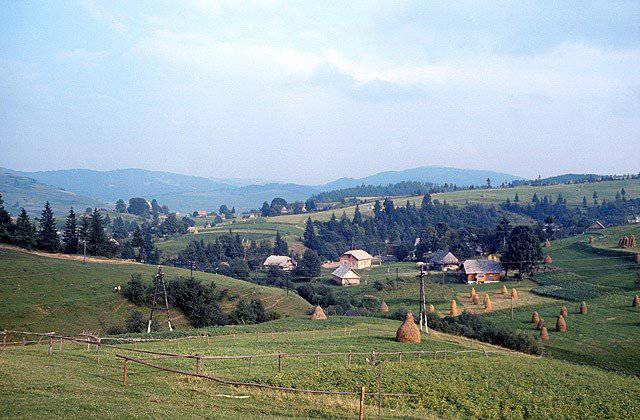 How can Ukraine change after the Chinese settle 3 million land leased from it?

China signed a contract with Ukraine for the lease of three million hectares (that is, 30 thousand sq. Km, which is approximately equal to the area of ​​Belgium or Armenia) of agricultural land for $ 3 billion. The contract is valid for 99 years with the right for any party to terminate it. but not before the expiration of the first 50 years. For the extension of the contract through 50 for years, Ukraine will receive another $ 3 billion.

This information, however, was quickly disproved by the Ukrainian side, the agroholding KSG Agro. Say it is not about selling land (this, however, no one said) and not about renting, but only about “joint activities”. However, this formulation is very vague. But a very interesting phrase on this issue was said by the Minister of Agriculture of Ukraine Mykola Prysyazhnyuk: “We are interested in any investments from any country.” Another fact is that in 2012, Kiev and Beijing created a Chinese-Ukrainian investment fund, which intends to accumulate $ 6 billion for investments in Ukrainian agriculture. And only this year it was supposed to invest $ 600 million. Thus, there is every reason to discuss the transaction seriously. So, as if she is already really enclosed. Moreover, even if this has not yet formally happened, it is very likely that what will happen, as will be shown below.

Three million hectares is 5% of the total area of ​​Ukraine, or 9% of its arable land.

There is unofficial information that China is not going to stop at this and plans to rent more from 9 to 17 millions of hectares of land. Leased territories will receive the status of extraterritoriality, that is, they will be under the jurisdiction of the PRC, not Ukraine. This means that, in fact, 5% of the territory of Ukraine will not belong to it. Now we are talking about the Dnipropetrovsk region, where the Chinese plan to engage in agriculture and raise pigs. But in the future this production is planned to extend to other areas of the country, first of all - Kherson and Crimea.

Earlier, China has already signed contracts for the lease of agricultural land in Brazil, Argentina and several African countries. But nowhere was it extraterritoriality, and the total area of ​​all leased land in Africa and Latin America was 2 million hectares, that is, less than in Ukraine alone.

The land is Ukrainian pride and its most important resource. Due to its fertile soils, Ukraine ranks sixth in the world in food grain production (Russia is the third largest in the world, behind the United States and Canada). Ukrainian politicians had big ambitions when they talked about the food crisis in the world, about how Ukraine will save humanity from hunger, of course, having earned good money from it.

Between Moscow and Brussels Kiev chooses Beijing. Ukraine needs money, and China in this regard is the best ally, he is indifferent to the socio-economic situation in the country and especially its political system.

Ukraine and China have been cooperating for a long time and in many areas. This highlights the military sphere.

Kiev for Beijing in many ways is a more profitable partner in the field of military-technical cooperation than Moscow. Russia sees in China at least a competitor in the arms market. As a maximum, very many Russians (including representatives of the authorities) understand how strong this country poses a threat. Therefore, the sale of new weapons and technology to China from Russia is seriously limited. Ukraine has no restrictions in principle, while there weapon and technology is much cheaper than in Russia. The only negative for China is the lack of access to the latest Russian technologies (Ukraine itself is now obviously not capable of creating their analogues).
China purchased systems produced only in Ukraine: for example, in 2002, the Kolchuga station of passive radio intelligence was acquired. The deal with the sale of the world's largest air-cushion vehicles (XW) of 12322 Zubr from Ukraine to China is still at the stage of implementation. These ships are produced both in Russia and in Ukraine. At first, China conducted negotiations on them with Russia, but that set the condition for the purchase of at least 10 — 15 KVP. Ukraine, on the other hand, agreed to sell only four ships and hand over to China all the technical documentation for them, and without the consent of the Russian side.

Exceptionally large role of Ukraine in the creation of the Chinese aircraft carrier fleet. His first ship was the Liaoning aircraft carrier - the former Varyag aircraft carrier. The J-15 deck fighter for him was created on the basis of the T-10K aircraft. Both Varyag and T-10K were acquired by China in Ukraine (Varyag was received, in fact, for nothing, for $ 28 million at standard prices of several billion dollars). The completion and re-equipment of Liaoning took place with the participation of Ukrainian engineers. Also, with the help of Ukraine, a Chinese deck training center was created. aviation on the island of Huludao, very reminiscent of a similar NITKA complex in the Crimea (it was used to train Russian ship pilots from the Admiral Kuznetsov aircraft carrier, the same type as the Varyag, until this year Russia abandoned it, building its own in Taganrog).

Cruise missiles, created on the basis of X-55 purchased in Ukraine, became the progenitors of a whole family of long-range sea, air and land-based missiles. Ukrainian gas turbine engines are installed on the newest Chinese destroyers. China has been sold the technology of producing ion-plasma engines for spacecraft and the technology of servicing AL-31F engines for Su-27 and Su-30 fighters.

With all the success of this cooperation, it is gradually drying up precisely because the Soviet technologies that Ukraine had, China drew to the bottom, and the new country is no longer able to create.

Since there is nothing to sell to Kiev, but more money is needed, such an outstanding land deal arose. The deal becomes outstanding twice and uniquely unique if you look at which organization leases land from the Chinese side (and in this case, the Ukrainian side does not deny who its Chinese counterparty is).

In Africa and Latin America, land is leased by Chinese agricultural holdings, whose only occupation is agriculture. But the owner of 5% of the territory of Ukraine will be the Xinjiang Production and Construction Corps (SPSK) - a special structure of the PLA (People’s Liberation Army of China), that is, the Chinese armed forces. There are no analogues of the SPSK, which is a kind of synthesis of a construction battalion and internal troops, in today's world. AT stories a kind of its analogue can be considered, apparently, the military settlements of Arakcheev in Russia.

In 1950-s in China, such corps was created in all marginal national regions that were unreliable in terms of loyalty to Beijing. These corps, firstly, supplemented the army when they occupied occupational functions in these regions, and secondly, were engaged in construction and agriculture in the interests of the central government. The corps built both military and civilian facilities, providing themselves with food, regular parts of the PLA and the population of these regions.
Gradually, all these structures were disbanded, only Xinjiang is now preserved. All functions of the case remain the same. It complements the PLA Lanzhou Military District and the People’s Armed Police (Chinese Internal Troops) while performing occupation functions in the Xinjiang Uygur Autonomous Region (XUAR) and is engaged in construction and agriculture. SPSK fighters undergo only infantry training, but they no longer need them, for their purpose is to suppress internal actions, not war with an external opponent. It is quite indicative that in the composition of the SPSC, the Han Chinese (the main ethnic group of China, that is, “the Chinese themselves”) constitute 88%, and the Uighurs - less than 7%, while in the XUAR population of the Han Chinese about 45%, Uighurs - 48%. The total number of SPSK - 2,2 million people, that is about the same as in the regular PLA. SPSC provides more than 10% of XUAR's GDP, and three quarters of its production falls on agriculture.

As it is known, the most acute problems of modern China are the lack of agricultural land, unemployment and the “shortage of brides”, that is, a significant excess of the male population over the female in the younger age groups. Rent 5% of Ukraine will contribute to solving these problems. Naturally, only Chinese (young men, SPSK fighters) will work on the leased land, their number will obviously be in the hundreds of thousands (maybe, in time, it will reach millions). At a minimum, they feed themselves and contribute to reducing the number of unemployed in China (in their place, SSCC will recruit new people).

At the same time, there are serious doubts that agricultural products will go from Ukraine to China: this is far, therefore the benefit is doubtful. It is much more likely that it will be implemented in Ukraine itself and, possibly, in neighboring countries. In Ukraine itself, there will definitely be no problems with sales, especially since prices for Chinese products will obviously be very low. This can weaken the internal social tension in Ukraine, although it will lead to the rapid ruin of its own agriculture and its complete replacement by Chinese. In this regard, the rental space may well be significantly expanded (as mentioned in the beginning of the article, the Chinese are thinking about it now).

In addition, various light industry enterprises may gradually appear on these areas, which will provide the Ukrainian population with very cheap consumer goods as well (Chinese workers from the same SPSK will also work at these enterprises, of course). Since the Ukrainian lands will actually belong to the PLA, military facilities will also arise on them. Of course it will not tank divisions and not air regiments, but aerodromes capable of accepting all types of aircraft. Electronic intelligence centers will appear here, listening to the whole of Europe and Russia, at least to the Urals.

Non-drinking, disciplined, hardworking Chinese guys will quickly attract the attention of Ukrainian marches. This will help to partially solve the problem of the shortage of brides for the Chinese and will start to very quickly influence the demographic situation in Ukraine itself. Moreover, the Chinese system of “one family - one child” will definitely not apply to Ukrainian-Chinese families.

If in Ukraine there is dissatisfaction with what is happening, the SPSK soldiers will be able to recall their infantry training. But this, admittedly, is extremely unlikely. Almost certainly, everything will go peacefully, given the complete apathy and demoralization of the Ukrainian population, which are only aggravated because of complete disappointment in all political forces. This will help the Party of Regions to simply buy Chinese money electorate before each regular election. And each time this purchase will be cheaper.

Ukraine will become a completely different country, although under the same blot-blot prapor (Chinese do not care about this kind of toy, they need real control, not a formal change of flag).

Of course, Russia and Europe will be extremely dissatisfied with what is happening, but this will be their problems. Beijing will be the guarantor of the preservation of the regime in Kiev - first the current president, and then his heirs. Accordingly, the opinion of Moscow and Brussels will lose value for Kiev. And that is why the likelihood of the deal in question is so high.

Confirmation that the current president of Ukraine is afraid of Russia is much more than of Europe, is the fact that China is given land to the east of the Dnieper. That is, the "Chinese barrier" is placed precisely against Russia.

Ctrl Enter
Noticed oshЫbku Highlight text and press. Ctrl + Enter
We are
About Stalin and KhrushchevWhat you didn't want to know about England
75 comments
Information
Dear reader, to leave comments on the publication, you must to register.