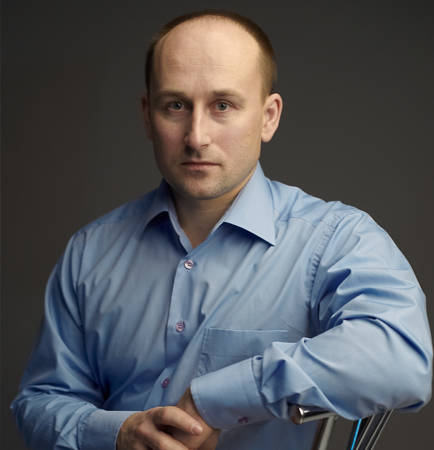 In his column, former Finance Minister Alexei Kudrin describes the situation with the next raising of the US debt ceiling. We single out the most interesting places of the article, and then we will try to translate them from liberal to Russian.

Former Finance Minister Alexei Kudrin, of course, is a guru among those who are hard to suspect in disliking the United States and the dollar. The more curious about his words about the dollar, published in the newspaper "Kommersant".

True, to understand what Kudrin wrote we need a translation.

In his column, Kudrin describes the situation with the next raising of the US debt ceiling. But this is only a reason to talk about the situation as a whole and the fate of the dollar as the world reserve currency. We single out the most interesting places of the article, and then we will try to translate them from liberal to Russian.

"The primary cause of this situation with budget and debt is considered to be the tough competition of Democrats and Republicans ...

But this stories there are deeper roots, which means that potentially it can have really serious consequences. The essence of the dispute is the size of the federal budget deficit that the United States can afford. The average budget deficit for 2001 – 2007 amounted to 3% of GDP, then rose to 12,9% in 2009, for 2010 – 2012 decreased to average 6,9% of GDP, and in 2013, after the “fiscal cliff”, it will be 5,8% of GDP. But with economic growth last year at the level of 2,8% of GDP, in the current one - about 2% and the expected growth in the next three years around 2,5%, the deficit of more than 3% of GDP for the United States is not permissive. The current deficit means that US debt accumulates at a rate of about $ 1 trillion per year. Its value exceeded $ 17 trillion last week and already amounts to about 106% of GDP.

By itself, such a large debt in the case of the United States does not present such danger at the moment as it would be in any other country.

First, the entire US debt is denominated in dollars, and the country prints them themselves. Secondly, approximately 25% of this debt is made up of the mutual obligations of the US government structures. However, the real danger is a further increase in debt at this rate.

From 2006, debt increased from $ 8,8 trillion to $ 17,7 trillion, that is, doubled. Saving the pace of its increase is fraught with the fate of the dollar itself. Printing money, which everyone criticizes so much, increased the amount of money in the economy by only $ 3 trillion, the money supply grew at a regular rate — around 10% annually — and inflation did not cause much concern. In this case, printing occurs through the purchase of treasury and mortgage bonds. This money can be withdrawn from the economy without any problems by selling the same bonds. But with the state debt the situation is more complicated: if the US government has to repay debts at the expense of cash pumping, the dollar can lose much weight. And that is why the budget deficit needs to be reduced. ”

So, what the “best finance minister” says to us:

1. "The primary cause of this situation with the budget and debt is considered to be the keen competition of the Democrats and the Republicans."

Notice how a typical liberal writes. It is not a cause, but it is considered to be a cause! That is, the difficult situation in the US with the budget ... because of the disputes between the two parties, and not at all because of the "living" of the American state beyond their means. If meteorologists would have said, like liberal economists, they would have written like this: “The onset of winter is considered to be the first cause of the situation with heavy snowfalls”. But not a mess with the organization of the process of snow removal in a particular city by a specific official.

2. “US debt accumulates at a rate of about $ 1 trillion per year. Its value exceeded $ 17 trillion last week and already amounts to about 106% of GDP. ” It is important to note here that even Kudrin cannot already say that everything is alright with the United States, that democracy and free elections will help them overcome all the difficulties in the economy. State debt accumulates at a rate of 1 trillion dollars a year. This means that the USA borrows every year, that is, they spend, without earning a huge amount, in excess of the money earned. For comparison: 1 trillion dollars is about 32 trillion rubles. So the United States, without earning money, spends so much on itself in rubles. The expenditure part of the Russian budget, which almost does not borrow, is in 2013 13 387 340 174,7 thousand rubles.

This means that the United States increases its national debt annually by more than two annual budgets of Russia! That’s the amount they need to REDUCE their expenses so that their incomes coincide with expenses, as simple common sense requires. Is it possible to cut US spending a year “into two Russia”? Impossible. Then all human rights defenders and gays of the planet will be left without defenders and grants, because it will be necessary to drastically reduce the costs of the army, the media and “supporting democracy”.

Is such a situation possible? Not. This means that there is practically no economic solution to the problems of world debt. The West and, above all, the United States cannot so drastically reduce their spending without bringing down the entire economy and, most importantly, the worldview of their citizens. They think that their well-being is caused by democracy, and not by the creation of money from the air.

3. “Firstly, the entire US debt is denominated in dollars, and the country prints them themselves. Secondly, approximately 25% of this debt is made up of the mutual obligations of the US government structures. However, the real danger is a further increase in debt at this rate. From 2006, debt increased from $ 8,8 trillion to $ 17,7 trillion, that is, doubled. Saving the pace of its increase is fraught with the fate of the dollar itself. ”

Kudrin is concerned about the same situation. About this he writes. Why I brought his article. After all, the words of other liberals can smile and talk "about conspiracy theories." Let them try to argue with Kudrin, who directly but gently writes, "that the real danger is a further increase in debt at such a pace." And the preservation of such a pace "fraught for the fate of the dollar." But we all see, simply on the basis of bare figures, that they simply cannot slow down the “pace” taken by the Americans!

4. Separately, I would like to disassemble the ma-a-scarlet slyness of Kudrin, who writes: “about 25% of this debt is made up by the mutual obligations of the state structures of the USA themselves” What is it about? Yes, that about 25% of US debt is owned by the Fed. That's who Kudrin, of course, refers to the "state structures."

This means that NOW the entire volume of US debt securities cannot find a buyer! Therefore, the Fed itself is forced to buy treasures, especially those issued for a long time. At 10 – 25 for years, none of the “investors” no longer believes the United States, does not believe in the world system built on the dollar, to the extent that it was yesterday.

But Kudrin cannot write that the Fed is a private structure. Therefore, he writes in the paradox genre that the US state structures are supposed to owe each other a tremendous amount of about 4 trillion dollars. If so, then just let them ... pay off the debts to each other. And the situation will immediately get better. No, they do not. Instead, the% of US debt, remaining unsold and hanging on the Fed's balance, will only grow further.

5. “At the same time, printing takes place through the purchase of treasury and mortgage bonds. This money can be withdrawn from the economy without any problems by selling the same bonds. ”

Here Kudrin tells us what the notorious “quantitative easing” is, under the beautiful name of which the US injects new, unsecured money into its economy. The Fed is buying up on the market unnecessary ones, "junk" mortgage bonds and those same T-Bills (treasury). That's just the conclusion Kudrin does wrong. But only FOR HIM possible. This money, spent on buying up unnecessary IOUs, cannot be withdrawn from the economy. Because no one wants to buy what the Fed has bought out of despair so that the market does not collapse! After all, it was from the lack of demand that the Fed had to buy the bonds of the ruined mortgage funds itself. Who will buy them back?

And now, after analyzing all this, we can come to a very sad, but important conclusion. There is no economic exit from the situation that threatens to collapse the dollar and the entire world economy built on it.

What remains. Saving the dollar is war. I released a book with this title in 2010.

Ctrl Enter
Noticed oshЫbku Highlight text and press. Ctrl + Enter
We are
Will Kudrin’s resignation lead to the abandonment of the “currency committee” regime?
110 comments
Information
Dear reader, to leave comments on the publication, you must to register.