Extremist in the suburbs recruited women to commit terrorist attacks 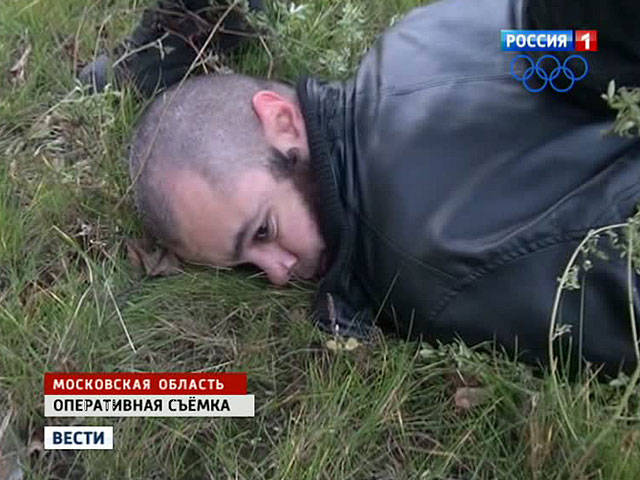 In Balashikha, a Moscow region, during a special operation of the Ministry of Internal Affairs and the FSB, an extremist is now arrested, recruiting young women to carry out terrorist acts. A native of Ukraine, Alexander Galambitsa was part of an international group of radical Islamists. His victims were at least five girls. Moreover, this is not the first time when recruiters from banned extremist organizations are caught in the metropolitan area.


The operatives took the decision to detain the alleged recruiter when they learned that today he was going to leave Moscow with a girl who had been processing the past few months. The operatives had information that the recruiter could be armed, and therefore the SWAT soldiers took part in the operation.

Weapon - Makarov pistol - in the car really found the suspect. Full clip, serviceable, ready to fire. The handle of the gun was wrapped with tape. This is a hired killers technique known since the 90s. So on the handle does not remain fingerprints.

The information about the cell of the At-Takfir-Val-Hijra extremist organization operating in the Moscow region was received by investigators about six months ago. The informant said that members of the organization are actively recruiting new followers. Mainly working with young people through social networks. As a result, came on the most active recruiter, Alexander Golombitsa forty years old, a native of Ukraine.

The recruiter lived in Balashikha near Moscow. With girls, which involved in the activities of a banned organization, he met in mosques, and in social networks. And acted in the same way. I was looking for single girls, with a lack of communication, modest. Usually it is with such people that recruiters make the easiest contact. Alexander, as operatives say, was credible to them, persuaded to accept Islam, with some he lived in a civil marriage. Operatives say they managed to find all recruited. But only one decided to return to her parents. In the recruiter’s car, after the detention, in addition to the weapon, they found drugs - amphetamine, more than three grams, and prohibited extremist literature. Some books have been published abroad specifically for members of At-Takfir-Val-Hijra. In Arabic, this name translates as "Atonement and Exodus." It is believed that this is one of the most radical international Islamist terrorist groups. Moreover, its activists of all other Muslims are considered the main enemies. At-Takfir-Wal-Hijra members are obliged to sever all ties with society and the state, including their own families.

The grouping was created in Egypt at the beginning of the 70s. Some members of the group are believed to have been involved in the assassination of Egyptian President Anwar Sadat in 1981 with the Brothers Muslims. After the defeat of the organization in Egypt and the arrests of the leaders, the supporters of At-Takfir moved to other countries. They fought in Afghanistan, Chechnya, committed terrorist acts in Algeria, Sudan, Lebanon, and Morocco. The organization is banned in most Islamic countries. Until a certain point in Russia, she had not so many followers.

The current arrest is almost the first time that an indirect participant in an organization has fallen into the hands of operatives. It is worth saying that in recent years it was in the Moscow Region that several recruiters of radical organizations were detained at once and several terrorist cells were liquidated. In particular, in the spring, Yulai Davletbaev, an experienced militant who fought in Afghanistan and was preparing terrorist attacks in Moscow, was arrested here. Militants during the arrest were shot back, FSB special forces destroyed two, the third was detained.

Ctrl Enter
Noticed oshЫbku Highlight text and press. Ctrl + Enter
We are
Review of special operation in Khasavyurt 5 May 2014
94 comments
Information
Dear reader, to leave comments on the publication, you must to register.