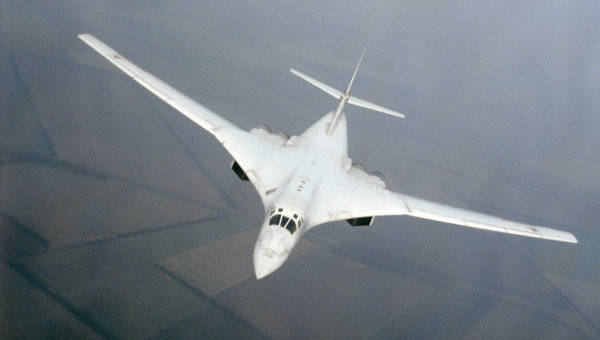 Colombian authorities intend to send a note of protest to Russia: as stated in Bogota, last Friday, Russian strategic bomber carriers allegedly violated the country's airspace. It is even reported that Colombian fighters were raised in the air, reports the Russia 24 channel.


On Tuesday night, two Tu-160s returned to base in the Saratov region from Latin America. As stated in the Ministry of Defense, the aircraft performed tasks on the long-range combat training plan aviation.

The intention to file a note of protest was announced by Colombian President Juan Manuel Santos at the conclusion of the Security Council meeting in Pasto, ITAR-TASS reports. “The situation with these Russian bombers is as follows: on Friday, two aircraft heading from Venezuela to Nicaragua flew in Colombian airspace,” he said. “Since they are military aircraft, they had to request prior authorization, which they did not do” .

Meanwhile, earlier in the Office of the press service and information, the Ministry of Defense of Russia reported that all flights of the air force planes were carried out and carried out in strict accordance with international rules for the use of airspace.

Ctrl Enter
Noticed oshЫbku Highlight text and press. Ctrl + Enter
We are
Something North Atlantic is happening in South AmericaThere was no bloodshed ...
88 comments
Information
Dear reader, to leave comments on the publication, you must to register.