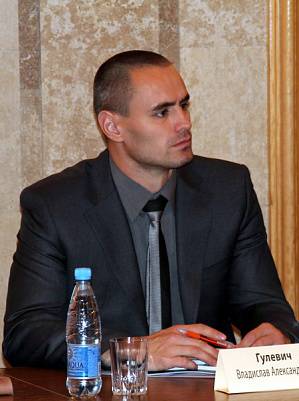 The Galician-Russian idea, driven out of the West-Russian lands by the skating-rink of the Austro-Hungarian terror (Terezin concentration camp, Talerhof), should be an alternative to Ukrainian nationalism, which Kiev cannot cope with.


Ukrainian nationalism is an ideology that is equally dangerous both for the neighbors of Ukraine (Russia, Poland) and for Ukrainian citizens. Further connivance will lead to an even greater radicalization of Ukrainian society, which is fraught with political and social instability and the transformation of Western Ukraine into Kosovo in Eastern Europe due to the intensity of extremist sentiments.

Kiev is not only unable to cope with the influential curators of the nationalistic spectrum of Ukrainian politics, but also does not want to do this. Ukrainian nationalism is a convenient political toolbox, which Kiev politicians do not want to lose.

In such conditions, joint actions of Poland, Russia and healthy forces in Ukraine itself are needed to improve the socio-political climate in this country.

It so happened historically that Western Ukraine for a person of all-Russian views is Western Russia, and for a Pole - “crosses of the ascent”, i.e. "Eastern territories". Of these three geographical designations chronologically, the term “Western Ukraine” is the latest.

Least of all the Western Ukrainian territories have historical reason to be called Ukrainian. Firstly, not much time has passed since the day the West Russian regions were renamed to Western Ukraine.

Secondly, there was a time when the Galicians did not refer to the Ukrainians and did not speak of Galicia as Ukraine. Thirdly, the basis of the modern Ukrainian language is the Poltava dialect, not the Western Ukrainian dialects. Western Ukraine is the center of radical political, not cultural, Ukrainians.

For the Polish-Russian interaction in this direction, an ideology of constructive coexistence of the Polish and Russian cultural element in the Western Ukrainian lands is necessary. And under Russian it should be understood Western Russian culture, i.e. the one that has always been present in these lands.

The counter ideology of Ukrainian nationalism cannot be the ideology of the “cress of the shoots,” as Polish territory. This will be considered as an attempt on the integrity of the Ukrainian state and revanchism. “Kresy vskhodnya” is a region with a mixed Polish-Russian population (later turned into Polish-Ukrainian).

In Polish, the word “ruski” (“Russian”) still refers to the whole of Western Ukrainian (we will not dwell now on the terminological struggle of Polish and Russian politics, when Poles argued that the Polish word ruski is not related to Russia, but only to the “emergence cress”, and the Russian historical school said the opposite).

In such a situation, the Galician-Russian idea can act as counter-ideology to Ukrainian nationalism. This is an idea, not an ideology, which is not a listed product, but was born and strengthened in the depths of the masses of Galician Russia. The Galician-Russian movement was especially powerful in the XVIII – XIX centuries, when a whole galaxy of Galician-Russian budditers (several dozen names) proclaimed the thesis of a single Russian people from the Carpathians to Kamchatka.

They left many works on history, linguistics, theology, as well as journalistic and dramatic works, which are now gathering dust in the storerooms of Lviv libraries.

In those years a lot of Galician-Russian periodicals came out, Galician-Russian societies were founded (the Mikhail Kachkovsky Society, the Russian Ladies Society, etc.). In the Polish historical tradition, the Galician Russians were called the Old Russians, and the supporters of the Ukrainians — the Young Russians.

Subsequently, the young Russians were so far away from the Russianness that they even accepted the new ethnonym as their main national name - the Ukrainians. But this does not mean that the Galician-Russian movement was a cultural-triger against the Ukrainian culture. On the contrary, some representatives of the Galician-Russian thought were honorary members of Ukrainophile organizations, such as Prosvita.

Simply, they, like the entire Galician people earlier, considered what is today called Ukrainian, Russian, the south-western branch of a single Russian culture, language and people.

While the Galician-Russian idea was alive in Galician Russia, these lands did not know nationalist extremism. He appeared along with the theses on the political-civilizational separateness of Ukrainians from the rest of Russia and the Russians.

Today it seems expedient to take up the revival of Galician-Russian thought, all traces of which the modern Ukrainian government is trying to erase from people's memory. The very fact of the presence of this thought in the history of the state, which today is called Ukrainian, spoils Kiev the whole ideological picture of Ukrainian crystal independence.

It was the Galician-Russian idea, once forced out from the West-Russian lands by the skating-rink of the Austro-Hungarian terror (Terezin concentration camp, Talerhof) that should act as an alternative moral and civilizational guide for the population of Western Ukraine.

Poland should not be afraid that the reanimation of the Galician-Russian thought will lead to undesirable geopolitical consequences. Firstly, from the once powerful Galician-Russian consciousness only wretched crumbs remained in Western Ukraine.

Miraculously preserved in the twentieth century. Galician-Russian supporters in the 1940's were finished off by the Ukrainians-Bandera, who also massacred hundreds of thousands of Poles. Secondly, in order for the Galician-Russian movement to once again take on scales that threaten Polish statehood, we need a lot of labor, both organizational and financial, not to mention time.

Russia will not do this, incl. and because of the unreality of this step, and because of diplomatic complications with Kiev, which, undoubtedly, will be supported by the West.

Third, in parallel with the Galician-Russian revival, it is necessary to ensure a Polish cultural presence in the region. These two projects must go in parallel, by way of compromises, and not by hard confrontation.

They have a more immoral enemy - Ukrainian nationalism. Once, these recipes were offered by Russian geopolitics, a native of Little Russia, Ivan Dusinsky (see “Geopolitics of Russia”. Moscow, 2003). The dosed revival of the Galician-Russian idea (and now only its dosed resuscitation is possible, and only in the cultural-public, not the political field) is in the interests of Poland.

The presence of the Galician-Russian segment on the Western-Ukrainian historical and cultural scene, if it does appear, dilutes, destroys the concentrated Ukrainian nationalism, refueling in Western Ukraine. One more ideological figure will appear, opposing Ukrainian radicalism and playing, at least partially, in the same field as the Poles, i.e. resisting the banderization of the country.

It is important to remember that there have never been ethnic contradictions between the old Russians and the Poles. There were contradictions of a political and ideological nature, which were resolved very often by violent means.

The confrontation of the Poles with Bandera had the appearance of ethnic cleansing. The old-timers never called for the eradication of the Poles and the traces of their stay on this land, while the Bandera set it as their main goal.

The public of Przemysl believes that due to the sober position of V. Mastsyukh on the national issue and his opposition to I. Kotsylovsky’s attempts to Ukrainize the local flock, there were no ethnic cleansings and Bandera underground in the regions he was ward spiritually.

Ctrl Enter
Noticed oshЫbku Highlight text and press. Ctrl + Enter
We are
Pristina throw. Russian stolen victoryMalorussky project: on the solution of the Ukrainian-Russian national issue
80 comments
Information
Dear reader, to leave comments on the publication, you must to register.