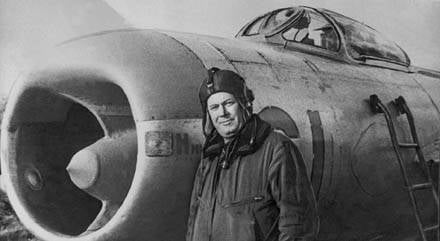 
- Management refused. I am trying to bring the plane into a horizontal position, ”the pilot reported to the command post.

Kunitsyn does his best to subjugate the uncontrollable fighter. Clear reports on the actions taken testified to the high professionalism and exceptional composure of the pilot, but all attempts to save the MiG, to curb its results did not give.

- The plane is out of control. Height is five thousand.

“I order to eject,” followed the flight management team.

November is a harsh month in the North: a fierce, piercing wind, torrential rains, a short day of light and the ever-raging cold White Sea.

“It was brought in cold water. The only means of salvation was the inflatable rescue boat MHAS-1, ”the captain wrote later in the report. 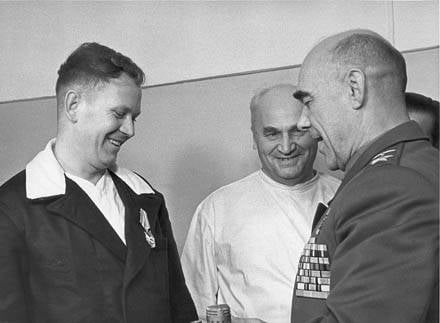 At the time of the landing of the pilot, the wave was covered, the oars were washed away, the dry ration, matches, signal means went to the bottom. Dead grip Ivan Kunitsyn clung to the boat, triggered the mechanism of filling the air.

Storm and wind intensified. The night has come. The cold was becoming unbearable. The pilot was shivering, his feet were constantly numb.

The captain knew that they were looking for him, that rescue boats and ships sailed into the sea. The sounds of flying search planes were heard before his ears ... He knew another thing: with the visibility "below the minimum" it was almost impossible to find a tiny rubber boat in the storming sea, not indicated by signal light. Consciousness prompted us to hope only for ourselves and for our strength.

Six hours after the ejection, the pilot noticed the flickering light of the lighthouse. From the last forces, the captain, stiff with cold, is rowing with his hands. By four o'clock in the morning he manages to swim up to the stone island. The waves threw the boat on the rocky shore and threw back into the sea. Sailing from the leeward side, Kunitsyn landed on the island patch. Neither quench thirst and hunger, nor make a fire. Staying on a tiny island blown from all sides, where it is impossible to shelter from wind and rain, meant only one thing ...

Captain Kunitsyn makes the only correct decision - from the tablets found on the island he makes some kind of oars and goes out to sea. Course - flashes of a distant lighthouse.

“The conditions were harsh,” the pilot wrote later, “big waves, wind, low temperature of the water, in which I was almost unceasingly waist-high. There was no food. I did not have to sleep. If I fell asleep, it would be equivalent to death. Legs refused, weakness, hallucinations appeared - it seemed to me that I could see the city and the people around. ”

On the morning of the sixth of November the boat moored to the island. Overcoming inhuman pain in a swollen and disobedient body, the captain gets out to the shore. Using the oars, like crutches, I got to the lighthouse. The main thing was to make a fire. Fire is life.

At the cost of incredible efforts, Kunitsyn manages to light a fire from a lighthouse lamp. The warmth of the fire restored power, gave hope ... "You can live here," the captain told himself.

After warming up, the officer walked slowly around the island in search of food and water. Ate berries.

The light of the fire was noticed from a search boat. The summoned helicopter delivered the pilot to the mainland. The first-aid doctors seriously feared the health of the pilot. Captain Kunitsyn was sent to the Leningrad Military Medical Academy. 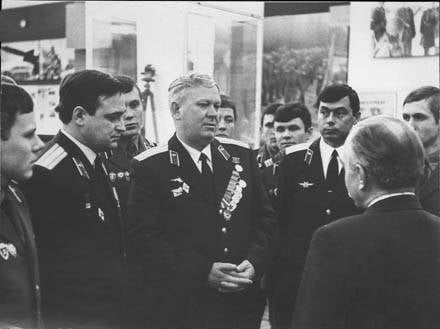 The colonel of the medical service G.Aryev in one of his interviews will say:

- Something incomprehensible in medical practice has happened. During the Second World War, in the square where the pilot Kunitsyn fell down, the Nazi transport was sunk. Then the Nazi soldiers spent in the water a little over an hour. I learned about their fate from an article by the German surgeon Gross Barcgoff. He wrote that no soldier survived. And our pilot, who was in the sea of ​​68 hours, survived and feels well. The organism relatively easily endured the ordeal that fell to its lot, mainly because Ivan Timofeevich is a hardened man. He was fond of sports, hunting. Good health, willpower combined with resourcefulness helped him to withstand a difficult environment.

On the dedication of fighter pilots aviation legends go to the sky and high speeds. Stories There are cases when pilots, excommunicated from the sky, committed suicide. There is something mystical and amazing in this loyalty to the beloved profession.

Returning to the sky was the cherished dream of the patient of the Military Medical Academy Ivan Kunitsyn. In 1963, Ivan Timofeevich Kunitsyn enrolled in the command department of the Supreme Command Academy. He flew, studied, taught others.

In Kunitsyn’s memoirs there is a peculiar recipe for victory: “In the struggle with the elements, I was helped, firstly, by the realization that they were looking for me, secondly, the thought of my two children and, thirdly, I didn’t want to be worse than those heroic people who, under more difficult conditions, emerged victorious. ”

Ctrl Enter
Noticed oshЫbku Highlight text and press. Ctrl + Enter
We are
Red commanders on the Alley of MigBismarck Hunt (May 1941)
13 comments
Information
Dear reader, to leave comments on the publication, you must to register.