The Lyman complex is intended for radio suppression of aviation control lines in the 100-400 MHz and 960-1215 MHz frequency bands.
The complex "Liman" consists of a control point - product "Liman-PU" and jamming stations - products "Liman-PNNUMX" and Liman-PNNUMX "with a total of up to 1 units. 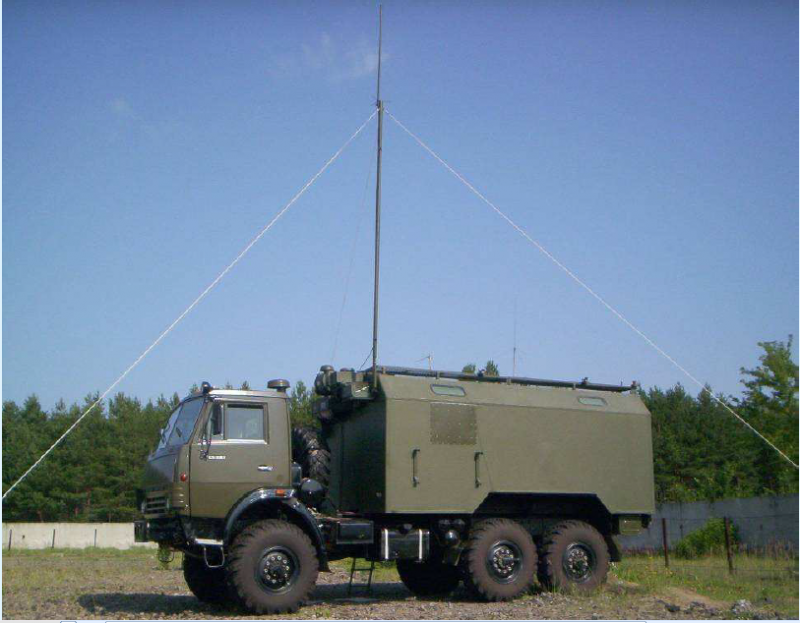 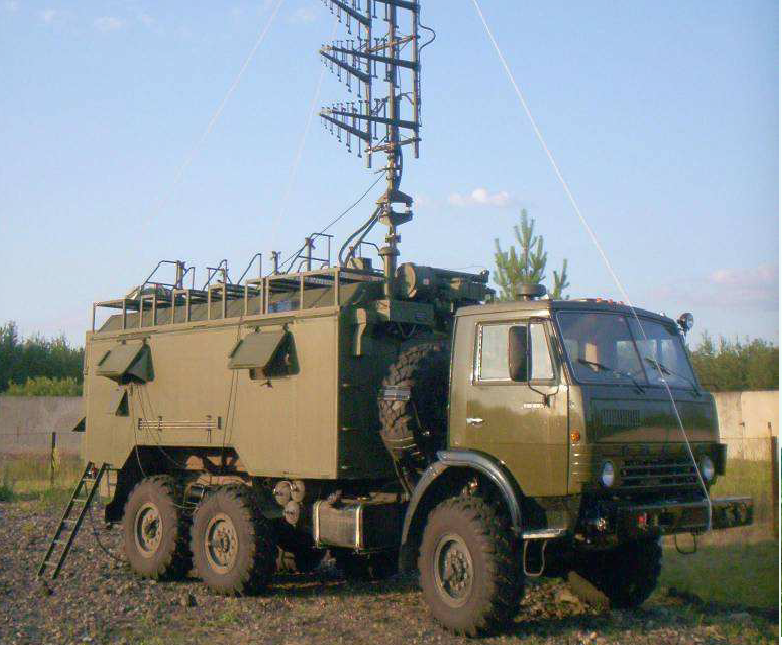 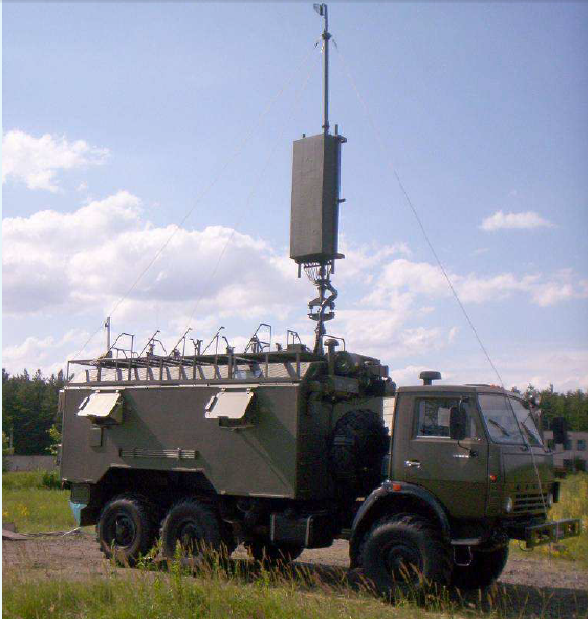 There are two types of work stations interference complex:
- autonomous;
- centralized
- on the commands of the control center of the complex "Lyman-PU".

Modes of operation of the complex: passive, active.

In the active mode, the complex emits interfering signals at the frequencies of the working radio lines - objects of suppression. 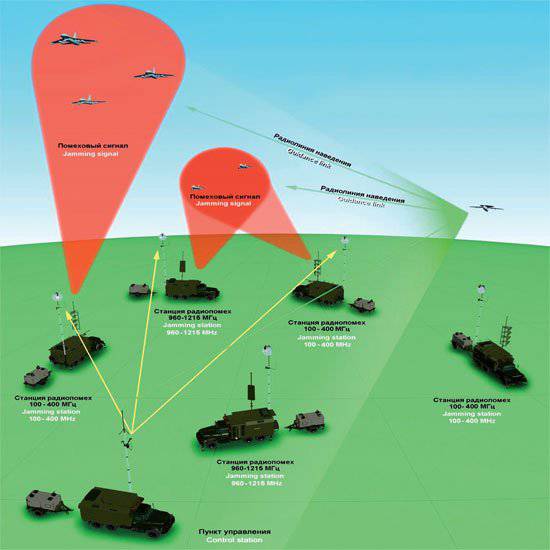 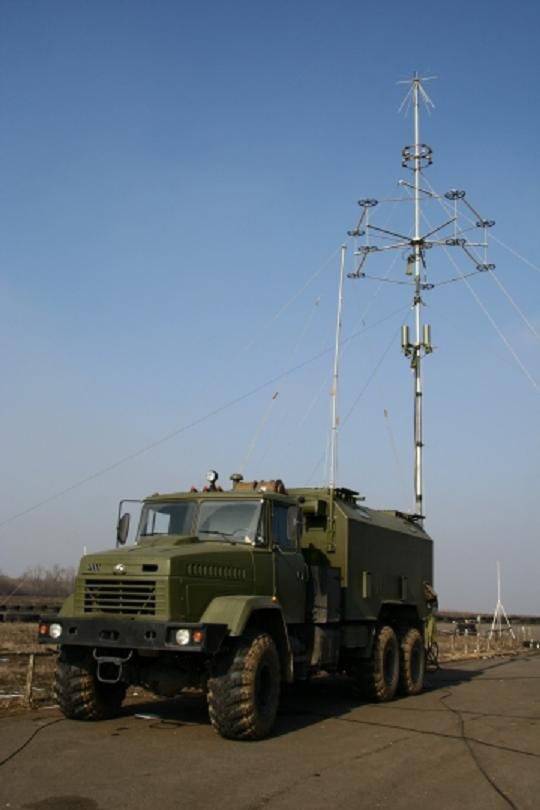 The Mandat-B1E complex is intended for suppressing terrestrial communication channels with fixed operating frequencies of any modulation type and with abruptly varying frequencies in the HF and VHF bands by targeting in frequency and time as well as barrier radio interference.

The jamming complex is a modern, efficient means of solving problems of both radio intelligence and electronic warfare. In a controlled area, over the entire frequency range, simultaneous effective suppression of radio links to the FNC or to the 80 of networks with the FHR in the 6 km zone in depth and 60 km along the front is provided to 90. 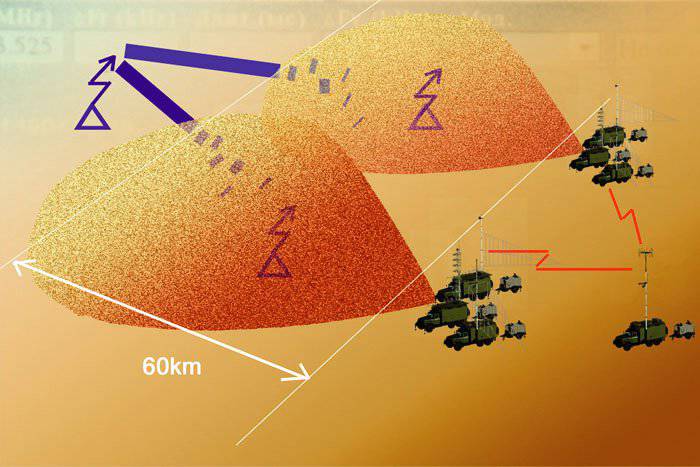 The Mandat-B1E station is installed on the KrAZ-type automobile chassis, there is also the option of installing the station on the wheeled armored chassis of the Vepr

The station "Mandat-B1E" on the chassis "Vepr". 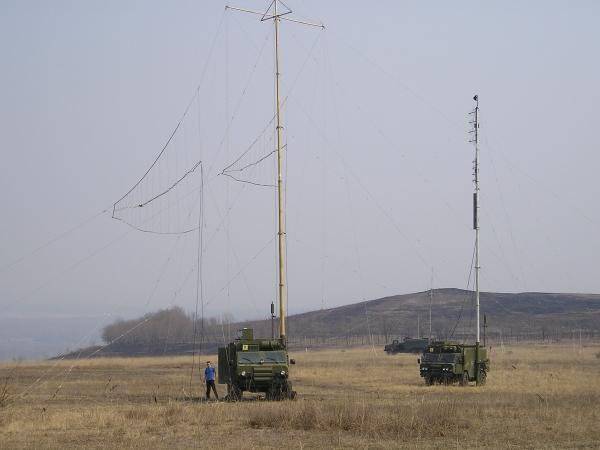 The complex of electronic-electronic counter "Kashtan-3". 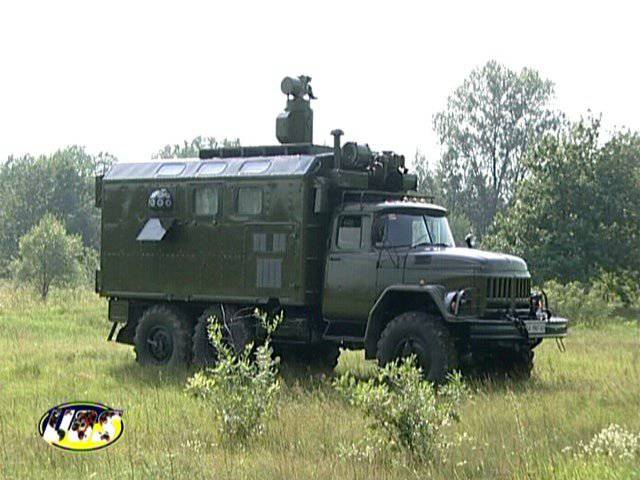 Designed to protect ground objects from high precision weapons (WTO) with laser-guided missiles, aerial bombs with semi-active laser homing heads.
The complex performs the tasks of countering high-precision laser-guided weapons by moving the ammunition to a safe distance from the object on land or water. 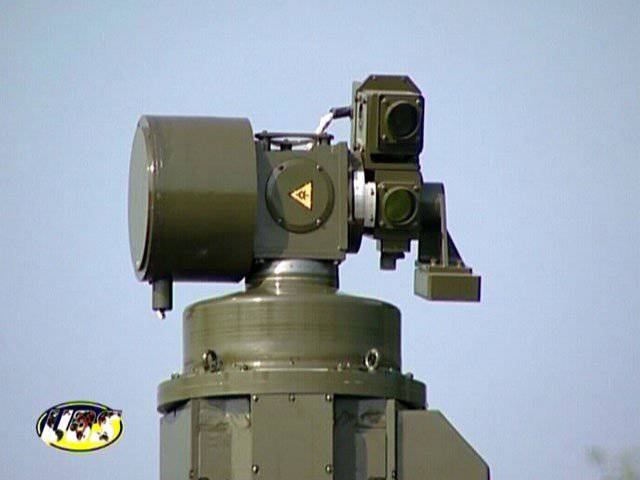 Element detection of laser illumination of the target. 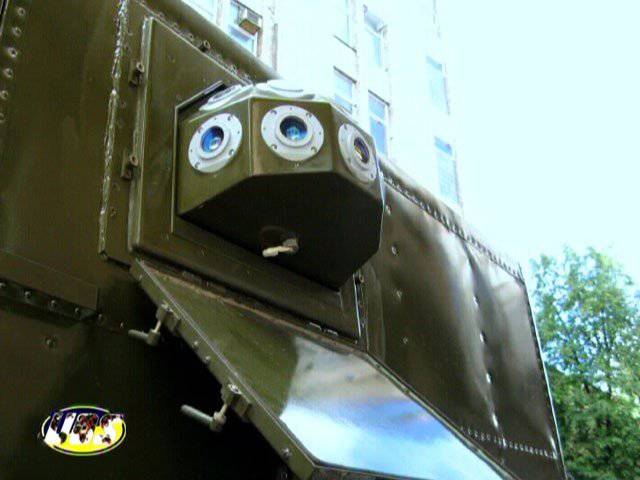 The workplace of the station operator. 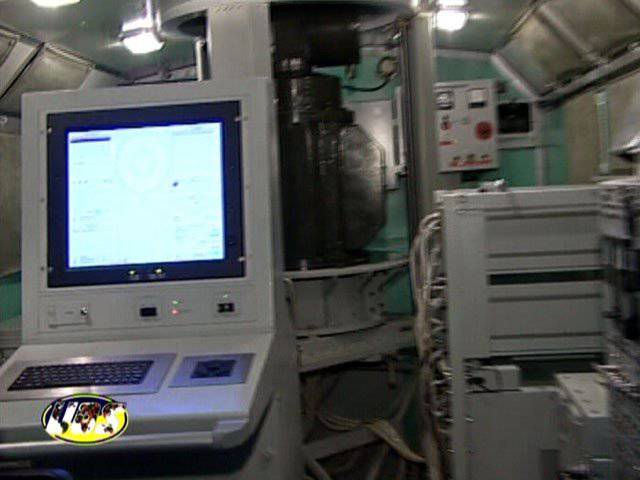 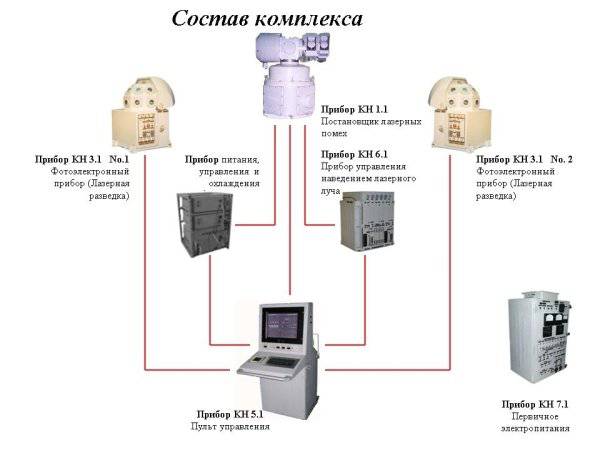 The complex provides:
detection and direction finding of laser sources - laser target indicators of the enemy;
setting false laser targets (LLC) - (active imitation interference);
fully automatic operation with the ability to change decisions made by the operator manually;
choice of tactics of protection depending on the combat situation;
recording and documenting information about the tactical situation, the radiation parameters of the laser designator, the reactions of the complex and the actions of the operator;
staff training;
automatic monitoring of the complex’s performance and troubleshooting with indication of the failed module. 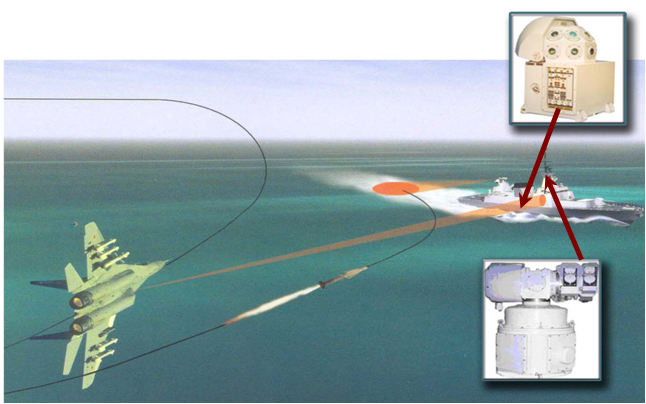 The probability of detecting the laser radiation of the target of the enemy, highlighting the protecting object of at least 0,9
The probability of withdrawal (retargeting) of ammunition at LLTs (depending on the type of threat) is at least 0,6-0,8
The time from the moment of detection of the laser radiation of the target designator of the enemy until the moment of production of LLC, with no more than 1
Working wavelength, µm 1,06
Detection Angle Range:
in azimuth 0 - 360 °
by elevation minus 15 ° + 90 °
The maximum error in determining the angular coordinates of the laser pointer is no more than 15 °.

The system is designed to create a target frequency interference to the navigation equipment of consumers of GPS / GLONASS systems. 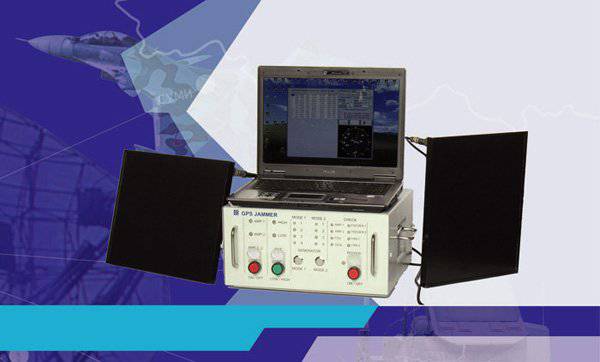 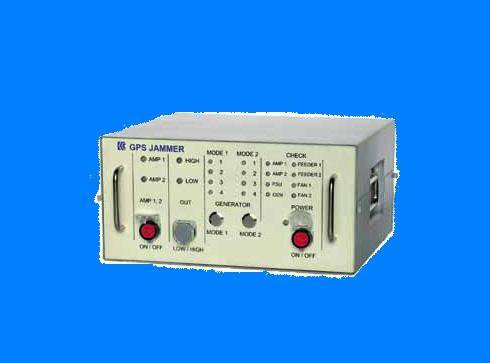 BC ILZ "Omut" - designed to suppress the radar systems of anti-aircraft missile systems, fighters, as well as active and semi-active homing missiles. 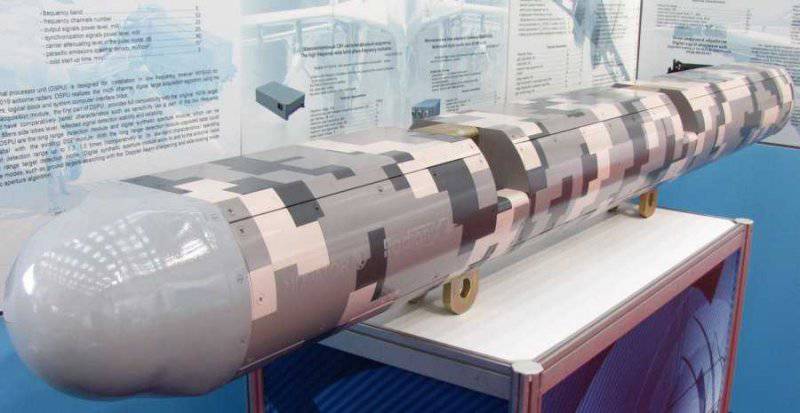 The Omut radioelectronic protection complex includes an electronic intelligence system, with an operably-changing database of threats and their priorities, as well as an electronic countermeasure system, which provides a high probability of suppressing radar detection and enemy targeting. The real-time radioelectronic protection complex detects and recognizes the enemy's electronic distribution system, assesses the level of threats and selects the optimal interference system for suppressing the radar systems of anti-aircraft missile systems, fighters, and active and semi-active homing missiles.
(a variant of the location of the complex "Omut" on the MiG-29 fighter) 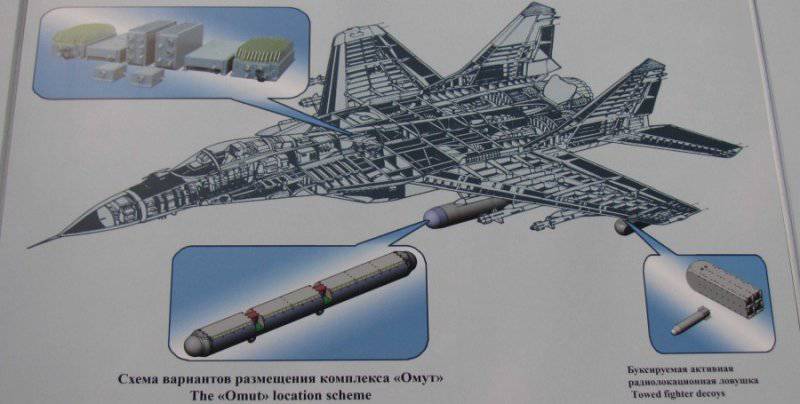 The complex provides:
- simultaneous detection and evaluation of parameters up to 200 of enemy electronic equipment in the operating frequency range;
- classification and assessment of the threats of enemy fire weapons to an aircraft;
- the choice and statement on 20-ti channels of the optimum complexes imitating hindrances;

The equipment with a high degree of probability protects aircraft from aircraft and anti-aircraft guided missiles with active and semi-active homing heads and sets up active simulators of spatial-coherent interference in automatic mode to the attacking enemy vehicles (fighter-interceptors, anti-aircraft missile systems).

System of suppression of radio lines of management "Garant" 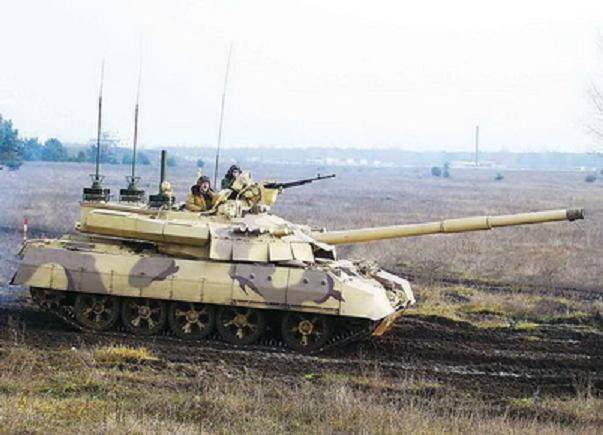 The system was developed on the basis of and taking into account the operating experience of a product similar in purpose, which was used by the Ukrainian peacekeeping contingent in the Middle East. The use of this product made it possible to neutralize several attempts of a radio-controlled blasting during the movement of an automobile column (explosions occurred after passing through a column of a place where a radio-controlled bomb was laid outside the zone of radio suppression).

The system "Garant" consists of 4-x blocks of radio suppression of BPRL-1, -2, -3, -4. Each of the blocks BPRL-1, -2, -3 consists of 4-x interference transmitters and one high-performance 4-x water wideband antenna with a circular pattern
directivity in the horizontal plane. Block BPRL-4 consists of one transmitter and one antenna. In total, the system includes 13 transmitters (the frequency range of the radiation of an interfering radio signal is divided into 13 letters) and 4 broadband
antennas. 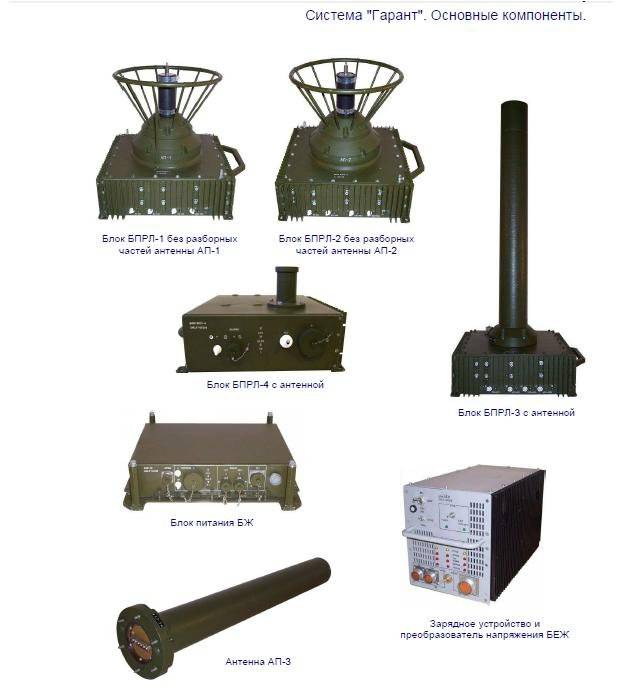 The system "Garant" in service with the electronic warfare battalion of the Ukrainian Navy. 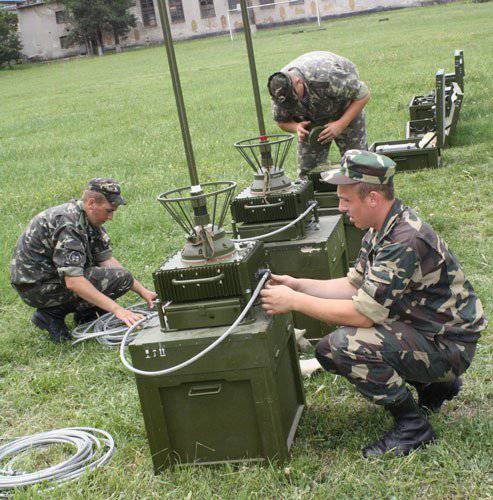 The system "Garant" is installed on the car Ural - the Ukrainian peacekeeping contingent in Kosovo: 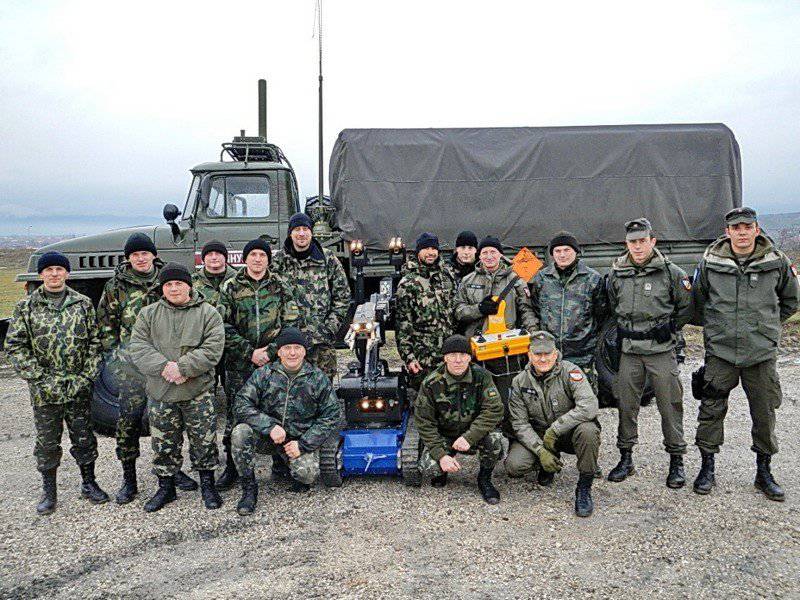 Ctrl Enter
Noticed oshЫbku Highlight text and press. Ctrl + Enter
We are
Syria's air defense: salvation or illusion?NATO aviation against Syrian C-300
2 comments
Information
Dear reader, to leave comments on the publication, you must to register.