Soluble electronics for the army

November 6 2013
9
Scientists are developing electronics, which, if necessary, can be eaten, flushed down the toilet, dissolved in the rain, donated to the enemy, or implanted in the body. The emergence of dissolving electronic devices will open up completely new possibilities in various fields. 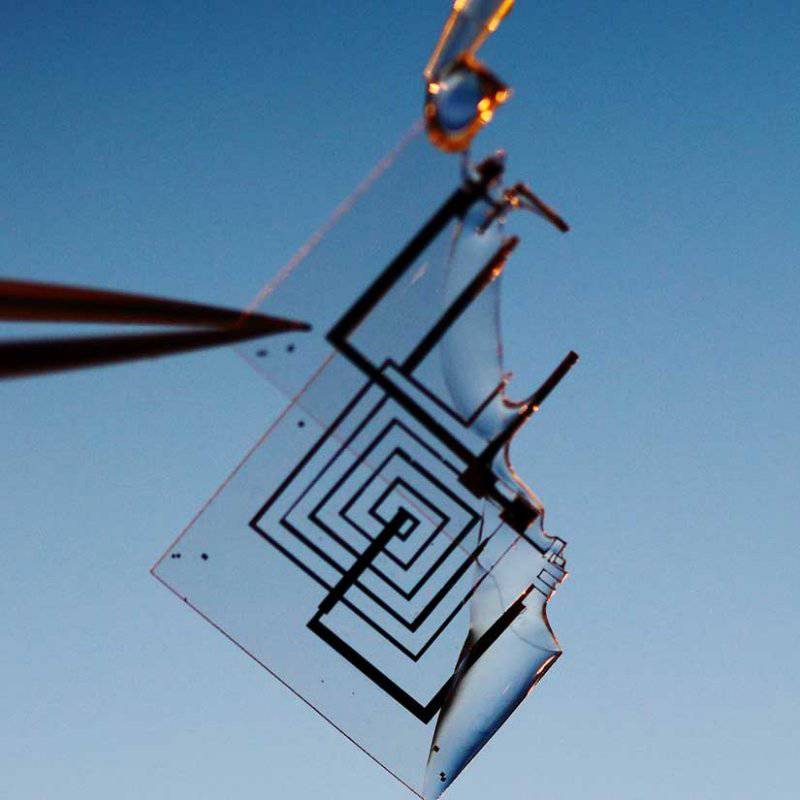 The development of soluble electronics is funded by the US defense agency DARPA. The military needs technology that will prevent secret electronics from falling into the hands of the enemy. Currently, the newest robots, surface, ground, air and underwater, are a valuable trophy, because in any of them the main secret is software and electronic components.

Electronics, which is developed by Professor John Rogers of the University of pcs. Illinois (Urban-Champaign) at the request of the Pentagon, will be protected from invasion from the outside. This electronics will decompose upon contact with water or another catalyst. Such electronics will be in demand in the army, industry, medicine and other areas.

Soluble electronics is primarily interested in the military, but environmentalists will like it and will be useful to doctors.

John Rogers reported on recent successes in the field of soluble electronics and believes that biodegradable electronics will be tested in humans in a year or two. Already today, scientists can demonstrate a small chip made of silicon, silk and magnesium, which is destroyed in contact with water within 1 minutes. The microcircuit after getting water droplets rolled into a tube, and its diodes and transistors are destroyed. As a result, the electronics become a bunch of garbage. The integrated circuit for 2 hours is completely dissolved in a glass of water. Last year, soluble electronics were implanted into the body of an experimental mouse. Implanted electronics produced locally enough heat to kill the bacteria that caused postoperative infections. The electronic implant after weeks of 2 dissolved in the body of the animal without any obvious side effects.

The creation of soluble electronics today is hampered by two main problems: controlled dissolution and biocompatibility. The first point is clear: I would not want the aircraft control unit or radio station to be unexpectedly out of operation during operation. So far, water is used to initiate destruction, that is, the electronics can be destroyed if the hull tightness is lost, as a result of a rupture of a capsule with water when an unmanned aircraft strikes the ground or a radio command. Biocompatibility is achieved by using magnesium or zinc oxide, a small amount of which is absorbed by the tissues of the body without any negative consequences. Similarly developed prototypes of biodegradable batteries.

New electronics will make a small revolution in the very concept of using electronic devices. For example, a variety of sensors can be dumped into the ocean or soil, without fear of pollution. Soluble electronics in medicine can be used as a controller for the status of an implant (transplanted organ, prosthesis). The soluble chip will not only detect the first signs of organ rejection, but also destroy bacteria by local heating. Such a chip after some time completely dissolved. According to Rogers, soluble electronics will be commonplace through 10 years. Someone can not be surprised broken smartphone, which can be thrown into the toilet, where it dissolves without harming the environment. For medical tests, a chip will be implanted, which will take readings for several days, and then simply disappear. Even more significant changes will be in the military sphere: robots without fear will invade enemy territory, unmanned aerial vehicles will more often violate the airspace of other states, and on the battlefield network technologies will become more common.

According to the site http://rnd.cnews.ru
Ctrl Enter
Noticed oshЫbku Highlight text and press. Ctrl + Enter
We are
Ground robots. From drop systems to unmanned convoys (Part of 1)I fight for the electric body! Ground mobile robots on today's and tomorrow's battlefield. US Technology Overview
9 comments
Information
Dear reader, to leave comments on the publication, you must to register.