This is the way the air power of Russia forges: the fifth PAK FA joined the flight test program 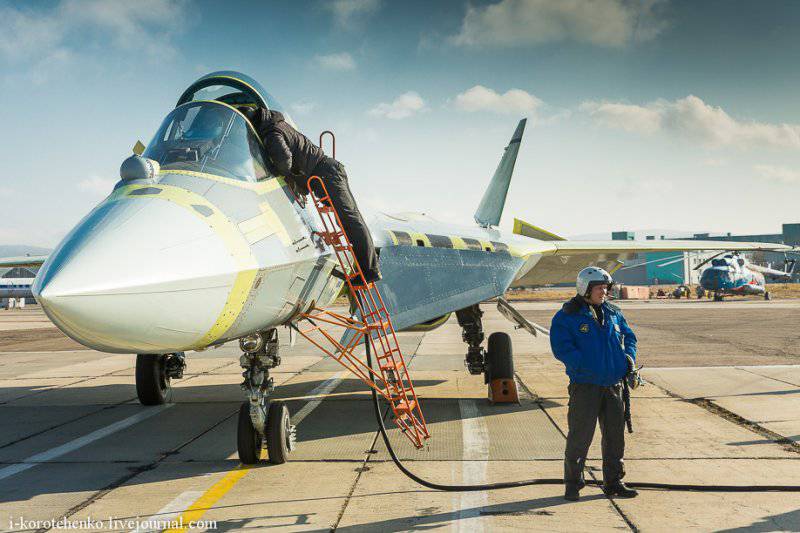 Before our eyes, the air power of Russia is being forged - this is the fifth PAK FA to join the flight test program. So, consistently and purposefully, we are aggressively moving forward.

From Komsomolsk-on-Amur, a series of photographs were sent specifically for Igor Korotchenko's Military Diary about the first flight of the fifth PAK-FA - it lasted 50 minutes and passed in full accordance with the flight task, the aircraft was piloted by honored 1-grade Roman Kondratyev.

The fifth PAK FA is the first car from the installation party, whose appearance is already as close as possible to that of a serial fighter. After a cycle of factory acceptance tests, the aircraft will fly to the State Flight Test Center of the Ministry of Defense in Akhtubinsk for state tests. 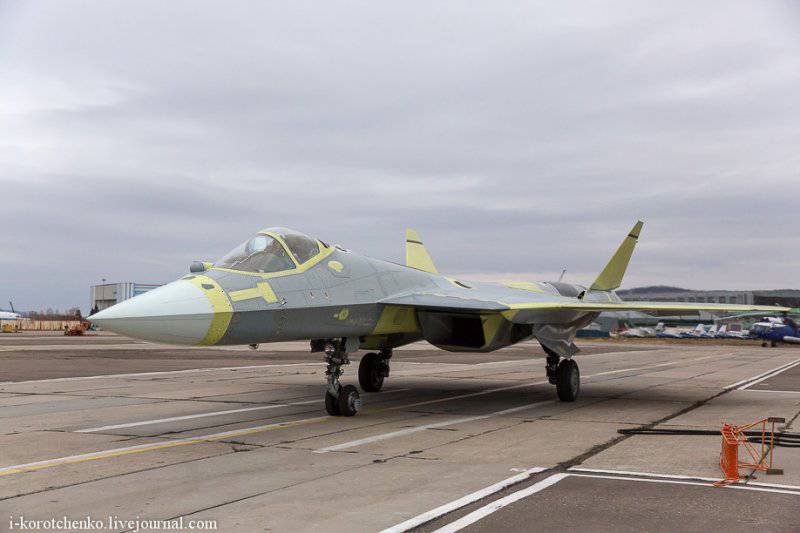 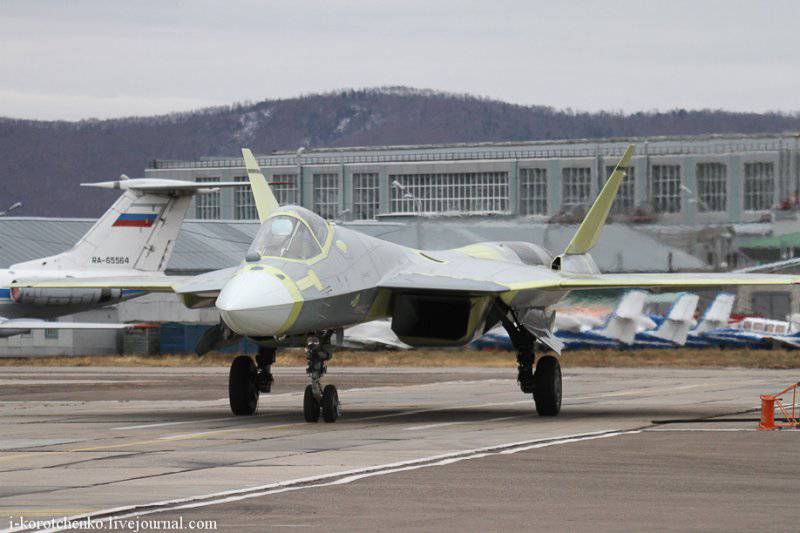 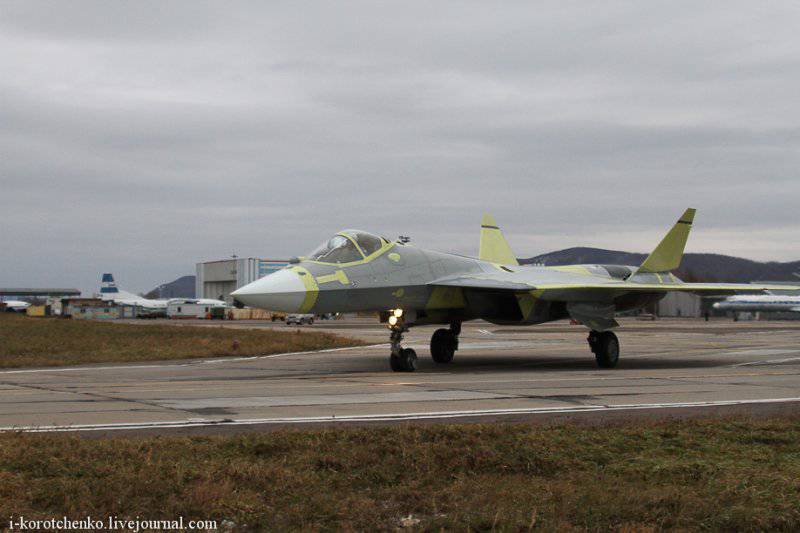 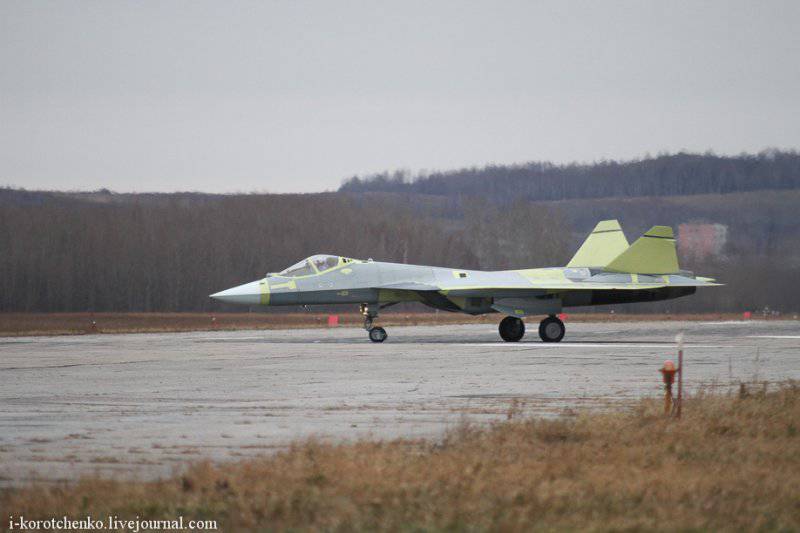 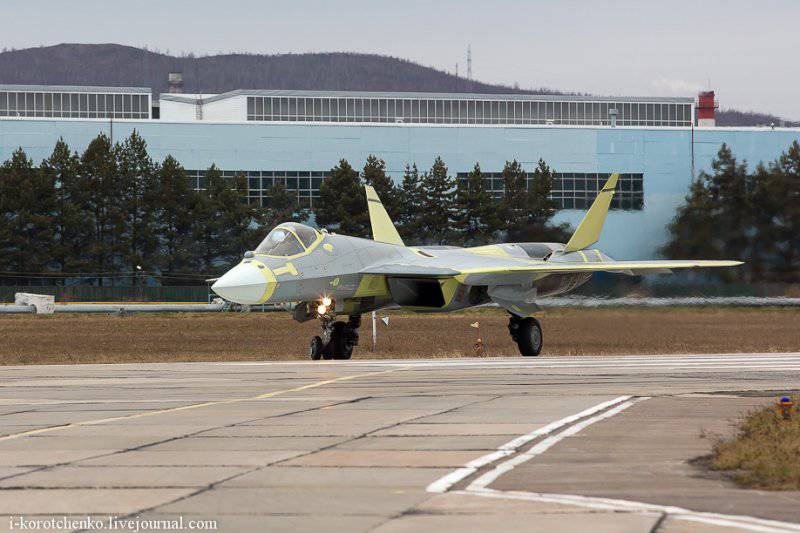 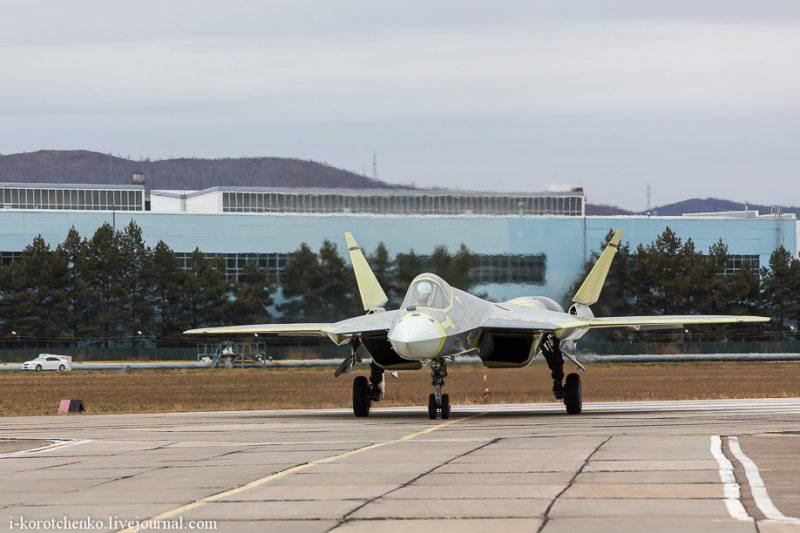 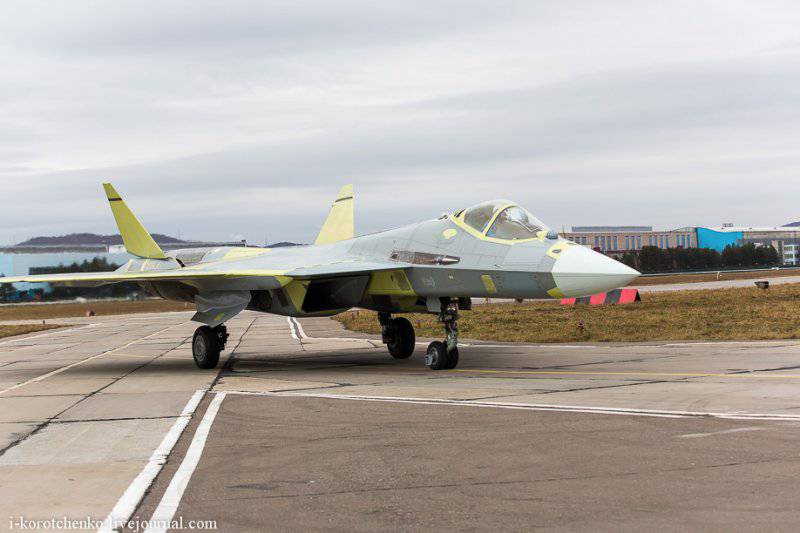 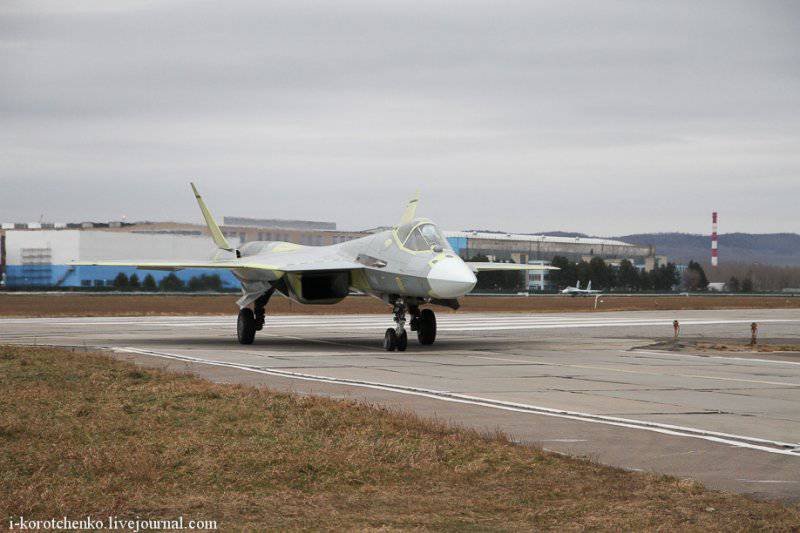 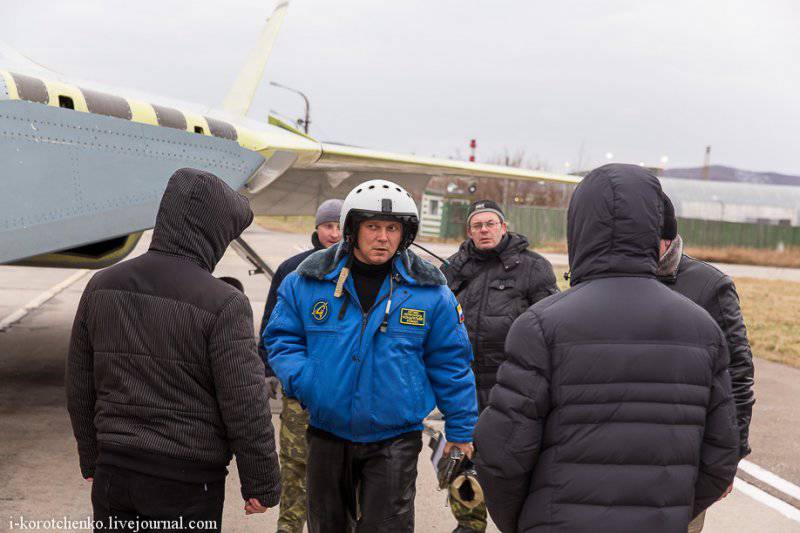 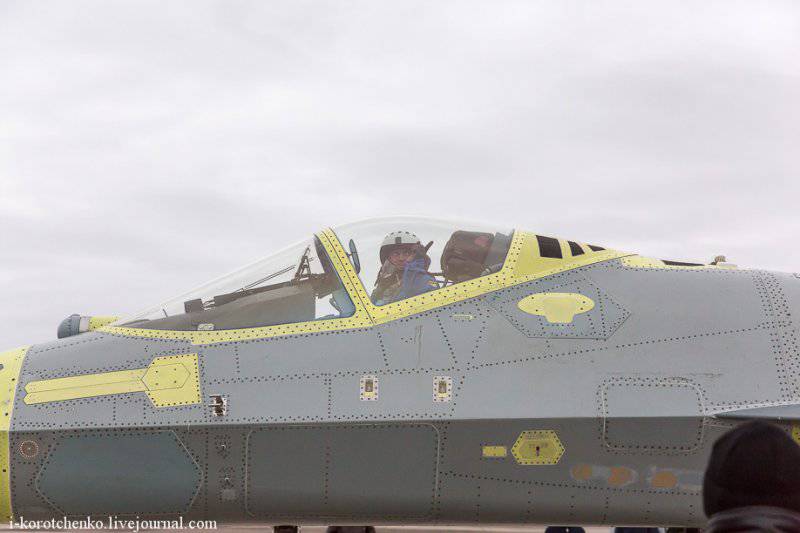 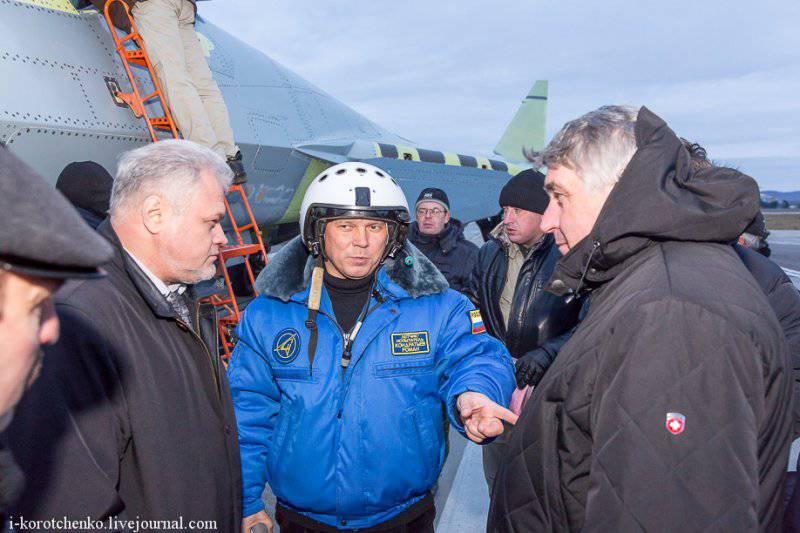 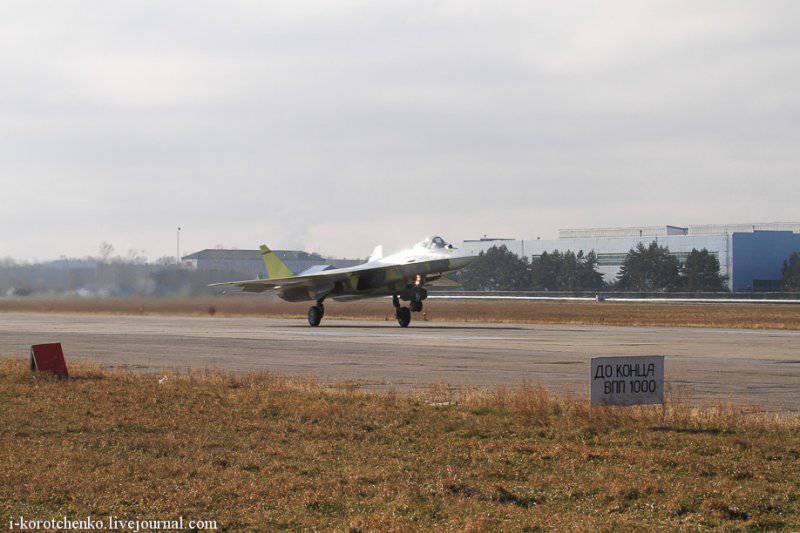 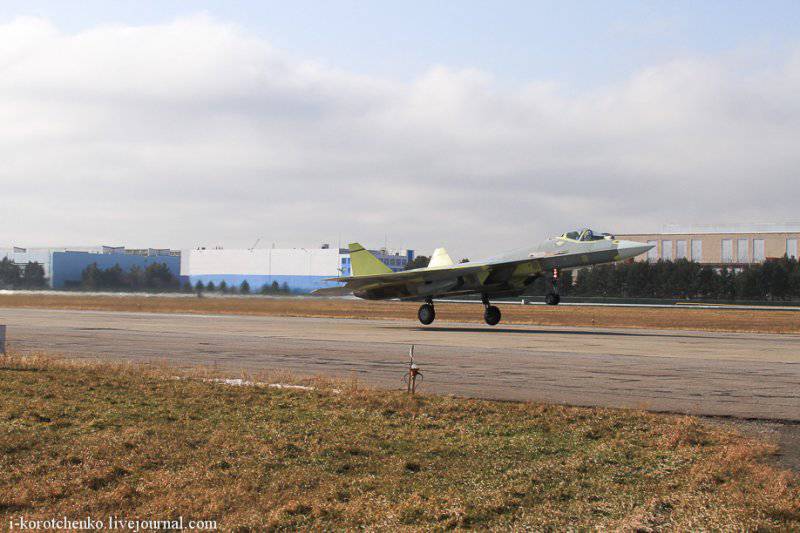 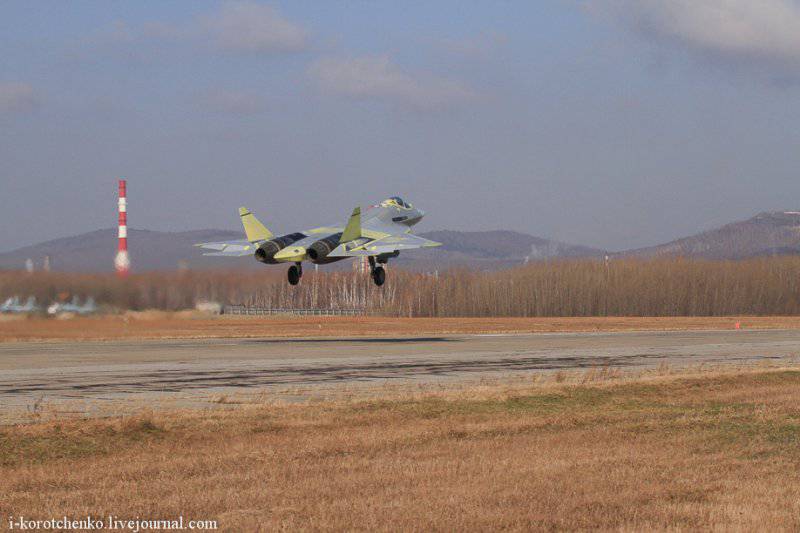 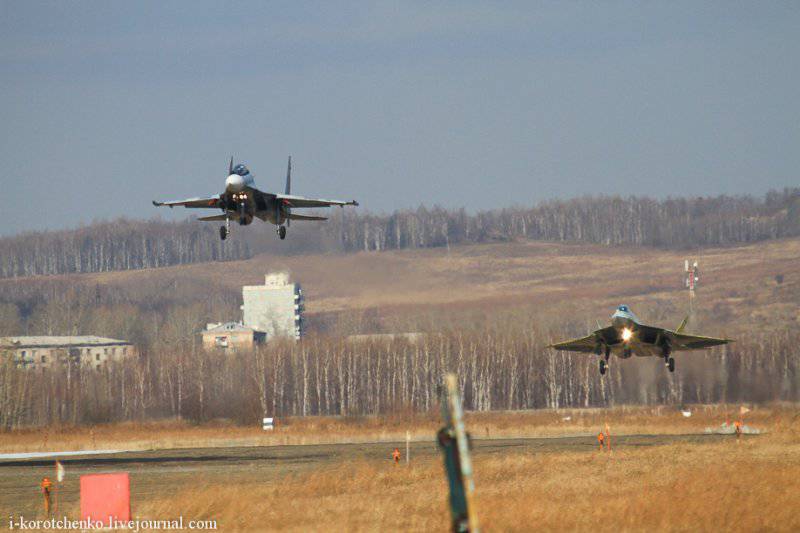 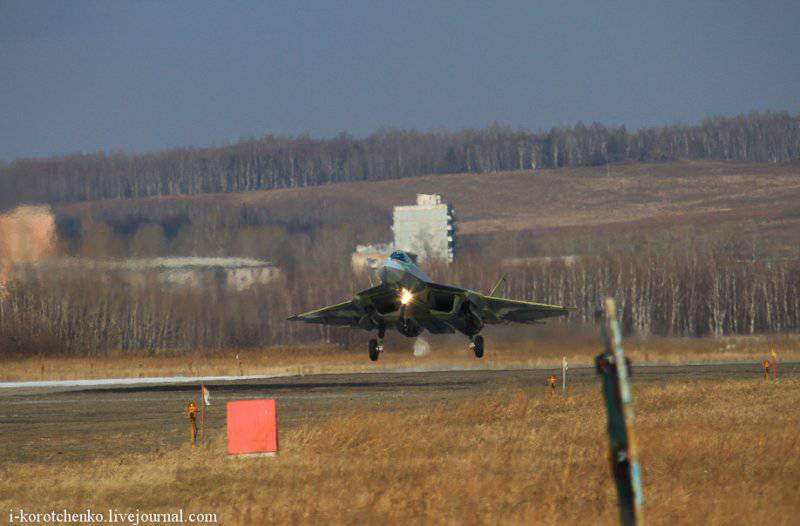 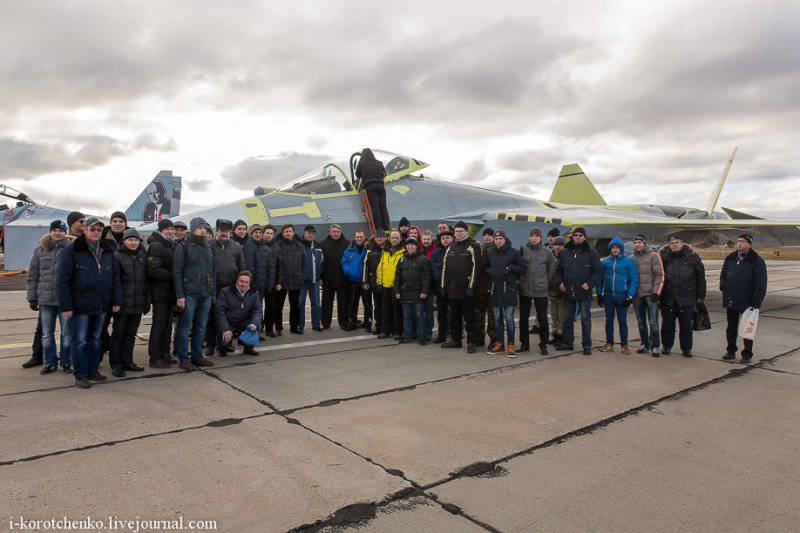 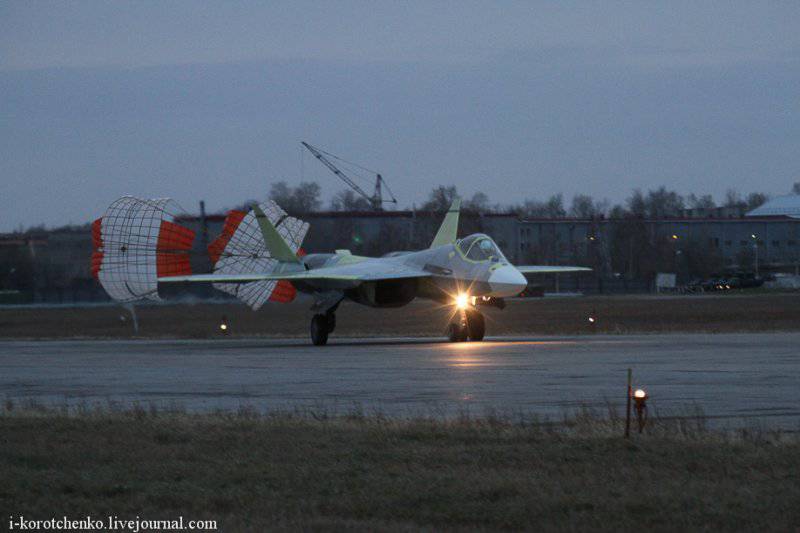 Ctrl Enter
Noticed oshЫbku Highlight text and press. Ctrl + Enter
We are
The production process of the Su-34 fighterA selection of photos of the Great Patriotic
155 comments
Information
Dear reader, to leave comments on the publication, you must to register.