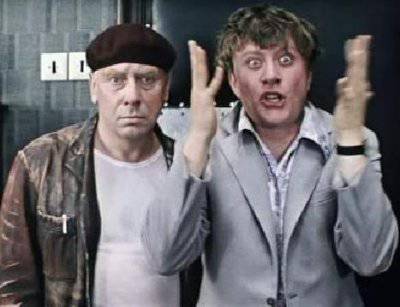 Some postings of Lev Vershinin became the motive for writing this text.


The main idea of ​​the author (and he has a significant number of solidary "patriots") is that we need to urgently organize "justice" (tm), and then the people who are disillusioned with Putin will arrange rebellion, revolution and other obscene things. Without denying the need for anti-corruption sweeps, I would like to make a few clarifications. The text is devoted to all propalschiki as a phenomenon, and it should not be considered as a comment / response to any specific Vershinin text. These are general reflections on topics that greatly disturb our Internet “patriotic public”.

1. Let's really look at the last 10-12 years. If you were told in 2000 about the current state of the Russian economy, the army, the foreign policy situation, etc., if you are not a fool, then you would (IMHO) say that: a) this is highly unlikely, b) if it is real it turns out, the country's leader is worthy of a monument in his lifetime. Great American minds (I understand that now Brzezinski is considered to be an insane old woman, but those who think so, know little about the real world) at the beginning of 2000's seriously discussed how the Russian Federation would fall apart into pieces in just a year or two. Do you think idiots could have such success? After all, to assert that the Kremlin “does not understand” the need to shoot Chubais / put Serdyukov / quartet Vasilyev (underline) or somehow arrange “justice” (tm) means that the Kremlin leaders are moron. Judging by the path they have traveled over the past 12 years, I am not ready to agree with this assessment. Well, those who really consider them morons, let them try to make a revolution. It's so easy to beat the Kremlin cretins who “don’t feel the country” :)

2. About the shootings. Favorite dream of "patriotic public." It seems to some that if you start shooting “like in China” (tm), then everything will become zashib and everyone will feel “justice”. But hrenushki. We have just the example of China. Do you think that during their executions, local all-propellers sing an ode to the Chinese Chekists? Yeah, schaz! Their microblogs are full of cries about the fact that they shoot little / not those / not so fast, and in general “the main corrupt officials always go away from retribution because they sit in the Central Committee! Well, a particularly unkillable argument: "But X has not yet been shot!" And this firmly proves that to satisfy such comrades well, it is simply impossible. Or maybe, but then the country will have to be settled again.

The effectiveness of the Chinese shootings is, by the way, also a myth. They, of course, help someone to frighten, but they do not generate a “sense of justice”. For the palliative. And so, the system: “I stole - I made a Canadian passport - I ran away with my family” has been working quite adequately for almost 25 years :) Official Chinese statistics have recognized 18000 of such cases since 1990, but most likely there were more. They fled and continue to run, and they run before they are captured, well, purely like the Gurievs and Alexashenki.

3. The only way is right tomorrow, and right now, to cover the whole 5 column, “get rid of the buck,” etc. implies a sharp (very sharp) decline in the standard of living of the population. Moreover, the import substitution system will have to be set up quickly, “on the knee”, to the cries of all the pro-fighters and not having a large developed and sane organizational repressive mechanism. You know, if it would be really more important for people to hang on Abramovich’s rey than to have cheap imported products and a “Ford Focus on Credit”, then there would be 24 / 7 rallies in front of the Kremlin under red flags. Something they are not. Why did it happen? Maybe the people are not important abstract justice, and the ability to maintain (ideally - improve) their quality of life today?

By the way, there is an example of very brave elitarians who got rid of the dollar and in general are the dream of any “real patriot” (tm) - Iran 2007. There is a religiously obedient people, but after the economic shock, the galloping inflation and the fall in the standard of living, the Ayatollahs had big problems with retaining power. What will happen in a temporarily hungry transitional Russia under a similar situation is scary to imagine. It is not necessary to decouple from the international system quickly and beautifully, but to think things through slowly and well.

Recently, Sechin launched a bomb - an international gas exchange project without dollars (http://arguendi.livejournal.com/604602.html?thread=21703610#t21703610). It would seem that all “Vershinin” need to arrange a stormy ovation, to support the roar of “Sechin-Sechin-Sechin!” From the virtual Internet stands to drown out the wicked promptings of the fifth column, which already requires the project to be buried, and the head of “Rosneft” to be disposed of ( “If anything happened and the Western partners were not offended”). But no! On good news - sneeze. Let Sechin himself understand, because "Vasilyev has not been planted yet !!!"

Now the technique. In addition to the aspect that money parked in the gold and foreign currency reserves does indeed finance the American economy, there is one more, but already unpleasant for Americans. The Chinese portfolio of American bonds, and the Russian one, by the way, also (but more difficult) is enough to arrange a small, victorious collapse of the US debt market, if desired. And even not necessarily to sell them, the very statement about the sale will already be a good reason for panic. The Federal Reserve, of course, can urgently monetize all this, but the American markets are not in the state that anyone in the White House wants to play Russian roulette with international financial markets. It turns out that a certain number of countries on the planet have a financial counterpart of nuclear weapons. Especially delivers to read at the same time the American and Chinese patriotards: the American are confident that the Chinese are buying America through bonds and holding Washington by the balls, the Chinese are sure that the selling PDA is paying tribute to the Americans. And the reality is that it is (as always) more difficult than the ideas of ... golik of any nationality.

By the way, if you take the data from the US Treasury from August 2012 to August 2013 (more recent are not on the Treasury website), then suddenly (!) It turns out that the volume of Russian investments in US bonds is falling, not growing. Surprise, yes? Well ... you won't write about the golik, because they don’t fit in with the narrative about the fact that there are morons and traitors in the Kremlin.

As of August, we have 2012 in US bonds: $ 162,9 billion, as of August 2013 - $ 136 billion. Given that, according to the Central Bank of the Russian Federation, international reserves for this period increased from $ 510 billion to $ 512 billion. mode. The reserves are growing, and the number of US bonds on the balance sheet is falling. We have to conclude that Russia is selling them out. Slow and neat. By the way, where's the applause? Well, or at least cheer those who sell? Oh yeah, I forgot! “Vasilyev has not yet been shot !!!!”, and therefore to hell with Putin, and not support. Right. Let him further know that nefig to wait for support from the “patriotic public” (tm).

5. Now about justice. Psychologists and marketers have long established a banal fact: if a person doesn’t have anything to compare with what he has, then the level of satisfaction is inevitably higher. And modern marketing is a whole science to activate this feeling of dissatisfaction, and often from scratch. Make a woman feel like a freak if she does not meet some unattainable standards of beauty? Easy! Make adults and like normal men put their self-esteem dependent on the nameplate on their means of transportation in traffic jams? Easily! Making the most reading country in the world believe that “party privileges” are such horror and horror that they allow their country to be destroyed in the name of “justice!”? As practice shows, this is also possible. Lev Vershinin writes that the Soviet people in 1991 were deceived by the “sweet lie”. Why is it so difficult to protect society from this sweet lie? Why does the censorship act (in various forms) against the attempts to shake the society on the wave of social tension both in the West and in China? It's simple: the distributors of sweet lies use the real problems of society, but they make it so that society gives them hypertrophied meaning. Doctors know that a hypochondriac can simply be killed by writing down in detail the possible complications of the disease and giving it (let it be honest), but not an optimistic forecast. After the last centuries, in which Russia methodically (from Herzen to Akunin) was taught to hate themselves, to despise their abilities and to look to the future with longing, Russian society became a collective hypochondriac. Now professional all-propals are killing Russia - just like the USSR was killed by those who made a fetish from the fight against privileges for "justice."

And here, IMHO, there is no justification for the kind that “a person points to problems, well, he really sees it, with an emphasis on the negative.” I continue to believe that people who are professionally proficient (for example, Vershinin) should demand the same responsibility as people who professionally own weapons.

I hate with all my heart the slogan "Paris Spring 1968". The famous “Be realistic, demand the impossible!” Is the life credo of the infantile and hysterical owners of “active citizenship”. It was from this slogan that the fall of the great France of de Gaulle and its transformation into the present nest of gays and American bedding began.

For Russia, nothing is impossible, and история proved it. But! It is impossible to create a miracle by sternly stamping a foot on the Internet, demanding that everything be good immediately. If you need a miracle, you need to do it. Russia needs another slogan: “Be realistic, DO the impossible!”

Everything will work out. It can not fail.

Ctrl Enter
Noticed oshЫbku Highlight text and press. Ctrl + Enter
We are
A great interview with Sergey Lavrov: about Ukraine, Obama and IranWhat you didn't want to know about England
223 comments
Information
Dear reader, to leave comments on the publication, you must to register.