November 6 2013
47
Recently, the names of government departments, foundations, and structures in which corruption components were found in the work of employees have faded in a special way. Rosagrolizing, Oboronservis, Olympstroy, Skolkovo, Russian Academy of Sciences. The list goes on and on. Recently, this “pleiad” was replenished with a new member - the Federal Agency for the Improvement of the State Border of Russia (the FAGS of the Russian Federation or the Rosgranitsa). This structure is designed to ensure economic activity. checkpoints on the state border of the country and conduct activities related to the arrangement of the border itself. In addition, Rosgranitsa is a government customer in the field of the above-mentioned works and services. The agency was created in October 2007 of the year in accordance with presidential decree No. 1359.


As is known, the Russian state border is the longest border in the world. Only its land part is more than 22 thousands of kilometers. This suggests that the leadership of such a department a priori at work can not be cooled, because the front of this very work is more than impressive. And in order for border points and other border infrastructure to be brought, as they say, to the mind and equipped in proper form, not only substantial funding is required, but also literally vigorous activity of Rosgranitsa employees.

Not so long ago, it turned out that the vigorous activity of such employees was directed in a somewhat different direction. The situation began to gain serious momentum from the moment Dmitry Bezdelov left the post of head of Rosgranitsa. He left, as reported by the government, on his own will (and we have almost any high-ranking official leaves his chair only of his own accord ...). However, as soon as this desire manifested itself in Dmitry Bezdelov, the paper was immediately signed, and the head of the agency in an instant turned into an ex-leader.

Dmitry Rogozin in his microblog about this recorded:
Fired Bezdelov, head of Rosgranitsa. On its own, but for the cause.

In general, with Bezdelov's "own desire" now everything is clear.

And even before Bezdelov left his post as head of Rosgranitsa, the FSB officers “looked in” at the office of this department, who began to “fumigate” representatives of the top level of the FAGS of the Russian Federation. Why? It turned out that in Rosgranitsa and its “daughter” - Rosgranstroi - there were revealed embezzlements of state funds that were allocated from the federal budget to bring the Russian borders in order. 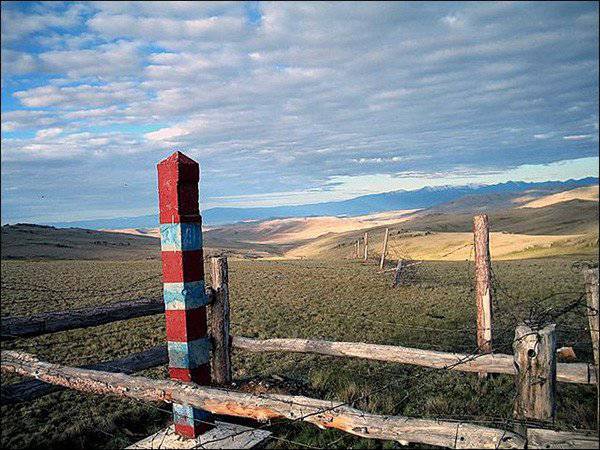 The first to go was Mr. Vavilov, the head of the capital construction and operations management of Rosgranitsa. Behind him - a few more people. But if Bezdelov simply “left”, then Vavilov and other high-ranking officials of FAOGG of the Russian Federation have already withdrawn ...

Initially, porridge with Rosgranitsa began to brew two years ago. Then Dmitry Rogozin, appointed to the post of deputy chairman of the Russian government, asked the Federal Agency employees about the apparent strangeness of spending the funds allocated from the budget. The strangeness was that in the Khabarovsk branch the arrangement of each checkpoint at the state treasury cost about one and a half million rubles, and in Dagestan it cost 12,7 million. Moreover, after federal officials visited those checkpoints that were listed as “equipped”, it turned out that they were “equipped” exclusively on paper.

Large-scale inspections of Rosgranitsa's activities began, which, in terms of information, were somewhat lost in the presentation of countless frauds in Oboronservis and some other structures. Only now the corruption schemes in the Federal Agency for Treasury and Law Enforcement have begun to voice the law enforcement structures through their press services.

One of the corruption is associated with embezzlement of funds in preparation for the APEC summit in Vladivostok (I wonder what structure involved in the project did not warm up on preparations for this international forum?): Two border points, despite full-scale funding from the state budget, are equipped for the deadline they were not, plans had to be “adjusted”. In the course of the “adjustment”, almost 40 million rubles were lost somewhere ... The initiated investigation made it clear that 40 million is still “trifles”. For the construction of a five-storey building at the Kraskino checkpoint, Rosgranitsa allocated the contractor (as many as Rostov (you must admit, not the dim light to the Far Eastern places of construction of the object) to Stroykonstruktsiya firm) 985 million rubles. According to the agreements, the building should be built on a monolithic technology in a short time. In fact, it turned out that the Rostov Stroykonstruktsiya, obviously without haste, erected a building in which it was for some reason less than two floors, and it was built from materials whose price is significantly lower than indicated in the initial estimate. At the same time, the employees of Rosgranitsa didn’t have any questions at all: why were there only three floors instead of the stated five ... The company, of course, kept the “saved” funds. The total damage to the state treasury amounted to more than 340 million rubles. 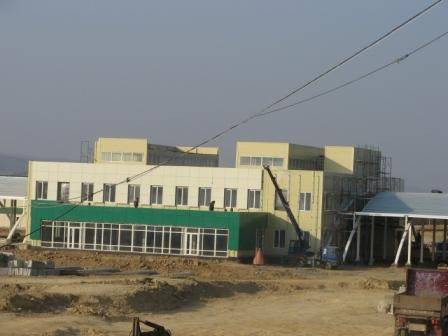 Another oddity of the Rosgranitsa financial activity is related to the transfer of 1 billion rubles from the funds of the Federal Target Program for the development of the state border of Russia to the account of a commercial bank. This was reported to media representatives in law enforcement. By a surprising coincidence, it turned out that approximately 20% share of the total stake in this bank (Agrosoyuz) belongs to Alexander Bezdelov - father of the head (now ex-head) of Rosgranitsa Dmitry Bezdelov. It turned out that a peculiar variant of the privatization of a “piece” of the state border through the services of a commercial structure took place ...

That's not all. After checking the economic activities of Rosgranitsa, it turned out that in 2012, 33,4 million rubles was spent on the purchase of furniture for the agency's needs. In principle, given the number of checkpoints (more than 370), which also need furniture, the amount is not that great, but. The whole point is that out of this amount, 17 million went for the purchase of furniture for the three offices of the Rosgranitsa central office. It can be assumed how well these cabinets are furnished ... For the remaining money, furniture was bought for hundreds of border points. As they say, the principle of equality in the distribution of funds is obvious ...

Despite the fact that Dmitry Bezdelov’s resignation took place more than two weeks ago, the official website of Rosgranitsa still persists, calling this person the head of this department.

Meanwhile, a number of media outlets have come out with publications that all the hype around Bezdelov and Rosgranitsa is pure order water. They say that people did everything right: they set up border control zones at airports, automated check points, and here they were (bank, furniture, shortages)!

But if the “order” was, then to whom is it beneficial? Is that those persons who also wanted to "participate" in the distribution of funds allocated for the improvement of the Russian borders, and Bezdelov and his associates prevented them ...

Ctrl Enter
Noticed oshЫbku Highlight text and press. Ctrl + Enter
We are
Horsepower Corruption: 540 thousand rubles per secondMilitary doctrine of the Russian Federation
47 comments
Information
Dear reader, to leave comments on the publication, you must to register.