Recently, the attention of specialists leading the monitoring of the world arms market has been riveted to the new international export control regime - the International Trade Treaty weapons (ATT). For the treaty to enter into force, ratification by 50 countries is required. Only eight have done so far. But sooner or later, the ATT will become a factor that has a significant impact on the arms market, albeit at first and indirectly. Today, the world arms market is significantly influenced by national licensing systems for the export of military and dual-use products, and above all the US export licensing system.

The US export control system dates back to the 30 of the 20th century, when the Neutrality Act of 1935 was signed. He gave the US Secretary of State - Secretary of State - the right to license the export of military products and established a list of weapons authorized by the US for export. At that time, isolationist sentiment prevailed in US foreign policy, when the main idea of ​​introducing export controls was to avoid accusing the US government of supporting one of the parties when conflicts arose over the supply of American companies. In other words, it was important not to let smart industrialists drag America into any European or Asian war. However, after the end of the Second World War, the priorities of American foreign policy have changed dramatically - the United States has become a superpower and the world has divided into its own and others.

From isolationism to total regulation

The modern national system for regulating the export of military and dual-use products was formed during the Cold War. Most of the key legislation that formed its legal basis was passed in the second half of the 70s. In 1976, the Arms Export Control Act of 1976 (AECA) was signed, in 1977, the International Emergency Economic Powers Act was issued, in 1979, they were supplemented the law “On export regulation” (Export Administration Act). Derivatives of these laws were the International Trafficin Arms Regulations (ITAR), adopted in 1976 and regulating the export of military products from the United States, as well as the 1979 Export Administration Regulations, which regulate the export of dual-use products. Then there were lists of products in respect of which the export control procedures are implemented. Military products, the export of which is restricted by ITAR rules, are included in the United States Military List (United States Munitions List - USML). The list of dual-use products subject to the legal regulation of the Export Control Rules is the Commerce Control List (CCL).

The result of the adoption of all these regulations, rules and lists was the creation of a complex multi-level export control system in the USA in a short time. Its main objectives are to ensure the national security of the United States, to promote the implementation of the country's foreign policy, to protect fundamental human rights and freedoms, to combat terrorism, and to fulfill the United States obligations arising from participation in a number of multilateral international agreements. In fact, the export control system has become an instrument for achieving and maintaining the technological leadership of the United States, not only in the military field, but also in the field of civilian technologies. Of course, its creation was intended to limit access to advanced American technologies for the Soviet Union and its allies. The de facto export control system has spread not only to US military and dual-use goods, but also to products manufactured by US partners. It is very difficult to find in the market, both then and now, high-tech military or dual-use products of western countries that do not contain American-made components, primarily electronic ones. For any attempt to circumvent the rigid system of control created by the Americans punished.

In February 1973, after the crash of a passenger IL-62 in the vicinity of Sheremetyevo Airport, the USSR Council of Ministers adopted a resolution "On measures to improve the safety of civilian flights aviation". It was supposed to create in two stages the Unified Air Traffic Control System (EU air traffic control) of the USSR. At the first stage (1973-1978) it was necessary to organize air traffic control centers in the European part of the Union, at the second (1979-1982) - on the rest of the USSR. However, it quickly became clear that only Soviet specialists could not solve the problem in such a short time. Affected by the lack of relevant experience and the lag in the domestic element base. In addition, the approaching Moscow Olympics-80 threatened the metropolitan air hub with a huge load to receive hundreds of boards from all over the world in a short time. Under these conditions, a decision is made to attract a western supplier to create the busiest Moscow center for automated air traffic control. The choice was made in favor of the Swedish (Sweden was not a NATO member) company STANSAAB - a subsidiary of the SAAB concern for the development of software and electronic equipment. In 1975, a contract was signed for the supply to the USSR of automated air traffic control systems for the Moscow and Kiev air hubs and Mineralnye Vody airport. The most difficult task was the creation of the largest Moscow ATC center, the core of which was the Swedish automated system "Terkas", which was fully commissioned in 1981. Its construction required components manufactured in the USA that could not be legally supplied to the Soviet Union due to a system of export restrictions. The Swedes organized the underground transportation of the necessary electronic components to the USSR using Soviet diplomatic mail. The scam was revealed in 1980. The lawsuits that followed from the Americans ruined STANSAAB, and as a result, SAAB almost left the market for electronic products, and its subsidiary, STANSAAB, was sold for nothing to competitors from Ericsson. By the way, the "Terkas" system created by the Swedes using American components was still plowing, providing Moscow air hub for thirty years now. However, after the reprisal of the Swedish company, those wishing to joke with the American export control system were reduced. Actually, Terkas was the only significant experience in circumventing this system. It is characteristic that since the creation of the American export control system in the late 70s, the technological backwardness of Soviet industry, especially in the field of electronics, became insurmountable and ultimately played a role in the death of the Soviet empire.

Although the US export control system was formed during the Cold War, no significant weakening of it has occurred since then. The Clinton presidency attempted liberalization in that in 1992, the US Congress authorized the transfer of dual-use technologies from the USML to the Export Control List (Commercial Control List, CCL). However, the rest of the system until the last moment remained exactly the same technological iron curtain as during the Cold War. 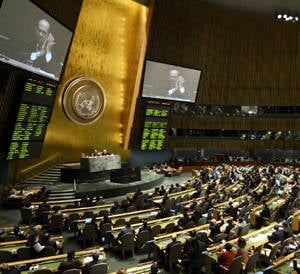 Exports of facilities included in USML are licensed by the Directorate of Defense Trade Controls (DDTC) of the US Department of State. The export of products under CCL jurisdiction is licensed by the Bureau of Industry and Security (BIS). Exporting certain types of products requires licenses from both bodies. Both export lists are constantly being updated and refined as technical progress is being made - special expert groups are working on this. The process of obtaining licenses is very difficult. So that no one relaxes, it is accompanied by a strict system of supervision and prevention of violations of export regulations, which is provided by five departments or US ministries at once - the Department of Commerce, the Department of Homeland Security, the Department of Justice, the Department of State, and the Ministry of Finance. Every year on the US Department of Justice website, a list of court cases concerning companies and individuals who unsuccessfully tried to circumvent the export control system or simply put something prohibited for export by thoughtlessly is posted (for fear of intimidation). In addition to multi-million dollar penalties, losers are awarded real deadlines, and not “dvuchechkami” some and not even “Five”, but weighty “desyatochkami” and “quarters”.

A complex and rigid export licensing system has always remained a factor that has a certain negative impact on the export of high-tech products from the United States. Amid the crisis in the American economy, the Obama administration in August 2009 made the decision to begin the reform of the export control system. Her main ideas are as follows: