Is the world on the brink of war?

November 9 2013
258
Eugene Super, columnist "But", published an article “The world smells of war. Reading subtle headlines News weeks. " The author set himself the task of choosing “real news” from the bulletins. According to the analyst, "the editorials of Soviet newspapers from the height of the Cold War suddenly broke into the information space." 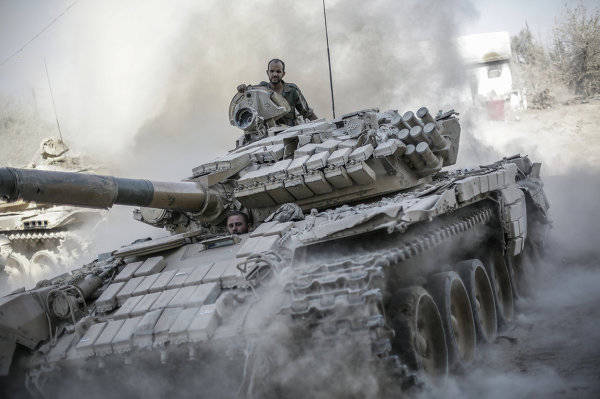 On October 28, two Russian strategic bomber-missile carriers Tu-160 covered more than 10 thousands of kilometers and landed at the airfield of Maiquetia in Venezuela. The Russian crews were met by Carmen Meléndez, the defense minister of Venezuela. The flight was undertaken with the aim of maintaining peace, stability and security of Latin American peoples and at the same time "forced the commanders of the North Atlantic Alliance to sweat." From the Norwegian airbase in Buda, the F-16 was raised.

Three days later, two Tu-160 landed on Nicaraguan land - on the airfield of Managua. The analyst also recalls the meeting of the Secretary of the Security Council of the Russian Federation, Nikolai Patrushev, and Nicaragua’s President, Daniel Ortega. The parties signed a memorandum of consultations between the High Command of the Army of Nicaragua and the Security Council of the Russian Federation, which from now on "will be implemented on an ongoing basis."

Meanwhile, a sudden check of the Russian nuclear deterrence forces took place in Russia. In large-scale exercises on October 30, forces were also involved fleetfar aviation, space defense, air defense and missile defense. The exercises confirmed the highest degree of reliability of strategic nuclear forces and all links of combat training.

And the West has begun to deploy the EuroMD system in Romania. October 29 in Deveselu started construction of the American missile base.

Earlier, on October 23, a meeting of the Russia-NATO Council at the level of defense ministers was held in Brussels. This was the first visit by Sergei Shoigu as head of the Russian military department to NATO headquarters. One of the central issues was the discussion of plans for the deployment of European missile defense and the expansion of NATO. And what is the result?

Shoigu summed up: “Joint work in this area does not work, the program is rampantly developing, Russian interests are completely ignored.”

First, the situation in Syria has noticeably worsened. Secondly, Saudi Arabia plays a major role in this aggravation, which threatens to thwart peace negotiations in Geneva, which, in turn, dissociates itself from the United States and declares a different foreign policy course.

A week and a half ago, Prince Bandar bin Sultan said about the withdrawal of Saudi Arabia from the orbit of Washington. According to Reuters, while talking to a certain European diplomat, the prince, who works as the chief of the intelligence service, hinted at the disappointment of his homeland with the policy of the United States.

It turned out that the United States is not a state that could cope with the crisis in Syria. The prince doesn’t like the way the White House indulges Tehran. Also, Mr. Scout recalled to the Americans how, in 2011, the United States did not support the suppression of the anti-government uprising in Bahrain - they did not act in the same team as the Saudis.

Speaking with a diplomat, Prince Bin Sultan, according to Reuters, stated that his state very soon "will significantly change the foreign policy course" and will reconsider relations with the United States.

November 5 hosted a joint conference of Saudi Foreign Minister Prince Saud Al-Faisal and the US Secretary of State. The head of the Saudi Foreign Ministry said that Bashar Asad "should not play any role in the transitional period in Syria in accordance with the agreements of the Geneva-1 conference." As notes RIA News"In an interview with Syrian television, Syrian Minister of Information Omran al-Zubi criticized this position:

“A political process should take place in Geneva, not a transfer of power or the formation of a transitional governing body. Anyone who thinks otherwise should re-read the Geneva communique or not go to Geneva at all. ”

To this az-Zubi added that Saudi Arabia’s foreign policy will fail and lead it to a dead end. The Foreign Minister explained that the future of Syria can be determined only by the Syrian people. Syria is "the cradle of civilization, and that is why it should not be given into the hands of those who do not understand civilization, humanity, freedom and democracy."

Channel "ABC" (Australia), referring to France-Press and Reuters, told 5 on November that the planned peace talks on Syria, scheduled for the end of this month, could be in jeopardy: each side claims that it will not participate without serious concessions the other side.

The Syrian government says it will refuse to participate in the forum because it cannot support a meeting aimed at overthrowing President Bashar al-Assad.

"We will not go to Geneva in order to transfer power in accordance with the wishes of al-Faisal and some of our foreign enemies."

To this he added:

Thus, the princes this time really differed greatly from Washington. Prince Saud declared the “failure of the international community”, which is unable to “stop the war against the Syrian people.”

It is clear that this is meant by the "international community", and also it is clear what the "Syrian people" is.

The Saudi prince explicitly called for increased international intervention in the affairs of Syria. He said that this country is now destroyed - as if carpet bombing. And if it is “not disregard for human values, then I do not know what it is,” he noted.

Then he asked a rhetorical question: “If someone faces a moral choice between“ intervening ”or“ not interfering ”, what will he choose?” And he added: “Should I let it continue, or should I help, if I can do? ”

Events in Syria, he called the "tragedy."

Well, just a fighter for human rights and peace in the world.

It must be recalled that Saudi Arabia is a state where there is not a hint of democracy. It is an ordinary hotbed of Wahhabism and one of the most active and wealthy sponsors of international terrorism in the world. In addition, this monarchy is associated with the US 1973 agreement of the year: America protects it from enemies, the Saudis, in response, pledge to strengthen the US currency, that is, sell oil exclusively for US dollars. This has been going on for forty years now.

With the current crisis of weakening the United States, the Saudis can really try to pursue some kind of independent policy - at the regional level. It is rumored that they are conducting secret negotiations with Israel, the purpose of which is not to allow Iran to harden. Israel is also not nice to Israel, and Syria is nicer without Assad than with Assad. Al-Qaeda is better than Assad - something like this is the position of Tel Aviv, which the Israelis clearly explained to the world community a month and a half ago. They told the world about the difference between bad guys and really bad ones.

In an interview with The Jerusalem Post, Israel’s ambassador to the United States, Michael Oren, said that a rebel victory (even including al-Qaeda fighters) would have been less evil than the preservation of the Syrian-Iranian alliance. “From the very beginning we said that Bashar Asad should leave. Better bad guys without ties with Iran than with them, ”the diplomat quoted "Lenta.ru".

Mr. Oren further stressed that the Israeli leadership understands that the people who are able to replace Assad are not friends of his country. “But from a strategic point of view, the Tehran-Damascus-Beirut arch, in which the Assad regime is the cornerstone, is much more dangerous,” Oren explained his position.

As for the US, the White House administration postponed the introduction of regular sanctions against Iran, which neither the Jewish state nor the Jewish lobby in Washington categorically dislikes pressure on the senate), nor, of course, the Saudis-Wahhabis, for whom Iran is not only a state of “infidels”, but also a raw materials competitor.

In the meantime, Israel has once again hit Syria. October 31 on the base of government troops, located near Latakia, was struck by an air strike: in the warehouse there were allegedly stored missiles destined for Hezbollah.

Thus, some people are preparing to rekindle the fires of the war in Syria with new force. What is sad, but not surprising: since 2011, the Saudis have invested in funding and arming militants operating in Syria, as well as in informational propaganda. The owners of this company do not want it to go bankrupt. And if the flights of the Russian Tu-160 and nuclear deterrence exercises can be called, among other things, an ordinary demonstration of force, then aggressive Saudi plans, to which other regional states will be involved, may well be a prologue to a real long and bloody war in the Middle East which will fade and roll back to history previous period of the Arab Spring.

Observed and translated by Oleg Chuvakin
- especially for topwar.ru
Ctrl Enter
Noticed oshЫbku Highlight text and press. Ctrl + Enter
We are
Army "Isthmus". Nicaragua: from the American satellite to Russia's ally"Rebellious Venezuelan Aviation." In memory of the commandant Hugo Chavez is dedicated
258 comments
Information
Dear reader, to leave comments on the publication, you must to register.