Afghanistan: ISAF withdrawal at the end of 2014: consequences for Central Asia and Russia

November 5 2013
103
The next US military adventure is coming to an end: once again, foreigners are leaving Afghanistan, never conquered by anyone. This time, ISAF, the international security force operating under the auspices of NATO, is leaving the country. The military of the United States and other members of the Alliance is expected to be withdrawn from Afghanistan at the end of 2014. What era will replace the 13-year occupation? What will turn the actual defeat of the ISAF in Afghanistan for Russia and its partners in Central Asia? 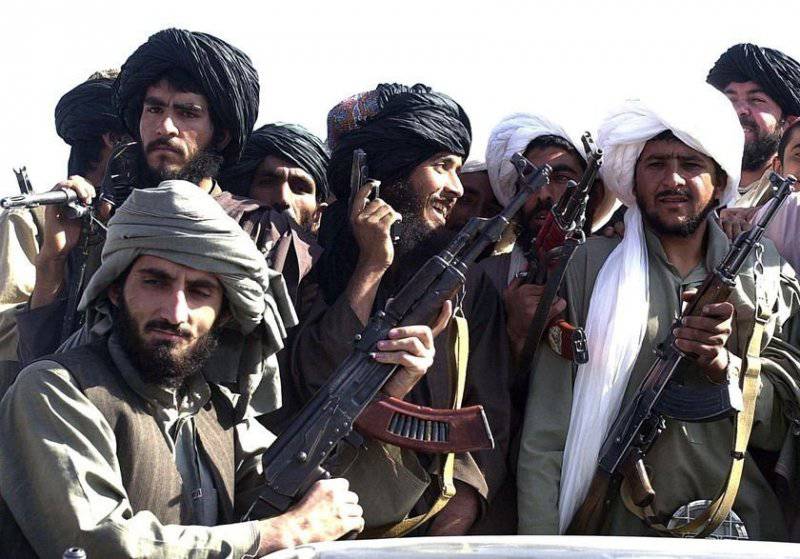 First of all, we must understand that the withdrawal of coalition troops from Afghanistan for Russia will not mean either a loss or a victory. Despite the fact that Moscow gave the go-ahead for the delivery of goods through Russian territory, this does not mean that the United States was given unconditional support in their war against all sorts of Islamist formations. ISAF Russia problems do not concern. On the other hand, the victory of the Afghan opposition is undesirable for Moscow - and this, with a very high probability, will come true as soon as Hamid Karzai remains without foreign support. Thus, the current war in Afghanistan is alien to Russia, there is no opportunity to influence its course, which means it is best to predict its consequences for Afghanistan itself and for the entire Central Asian region and prepare for the worst case scenario.

The mountains of Afghanistan are the natural southern frontier of the steppe where Russia completely dominated for about 200 years. Currently, the countries of Central Asia are in the zone of exclusive interests of the Kremlin. Many of the Central Asian states are members of the CIS, CSTO, EurAsEC, SCO. At the same time, they border Afghanistan with the main source of instability in the region. This means that integration processes in Central Asia are under threat of disruption, and this goes against the plans of Russia, which sees the Central Asian region as the key to restoring peace in the post-Soviet space. The same threat looms over China: in different conditions, the PRC would be Russia's natural enemy, but now, when Central Asia is on the eve of a major war, Moscow and Beijing are objectively becoming partners. Meanwhile, the third major player in the region, the United States, does not risk anything except the loss of prestige.

The Russian Security Council considers drug trafficking one of the most dangerous challenges of our time. Afghanistan is the main supplier of heroin to Russia, and the Russian Federation is not only a “consumer” of drugs, but also a kind of transshipment base on the way to Europe. However, only a small part of the total “product” gets to the EU, while the 3 / 4 heroin produced in Afghanistan is sold in Russia. Per capita, Russia consumes more heroin than the rest of the world. Without mentioning other factors contributing to the growth of drug trafficking, it is worth highlighting the need to strengthen Russia's southern borders. The abolition of customs borders within the framework of the Customs Union greatly simplifies the delivery of heroin from Afghanistan to Russia. With this in mind, customs control at the border with Kazakhstan in the coming years can be returned. In addition, drug trafficking may prevent Kyrgyzstan and Tajikistan from becoming members of the Customs Union. The same can be said about illegal migration: often migrants are used as intermediaries in sending drugs and weapons, and, having opened its borders, Russia admits to its territory foreigners who are not always friendly and openly disposed towards the host country.

Despite the fact that there are thousands of foreign troops in 2013 in Afghanistan as of 63 year, the local opposition already has enough forces not only to resist the interventionists, but also to make forays into the territory of neighboring states, including Tajikistan and Uzbekistan . It is hard to imagine how many militants will rush to Central Asia after the need to fight against the ISAF disappears. Most likely, after the withdrawal of the security forces from Afghanistan, the Afghan groups will start wars with each other for possession of certain territories or privileges. At the same time, it is not necessary to overthrow Hamid Karzai: Afghanistan may well turn into Somalia, where the official government barely controls several blocks in the center of the capital. The most experienced and well-trained militants already at this stage, with the support of foreign "sponsoring organizations" in search of earnings, will go abroad. Probably the main destination for them will be Syria, where, according to forecasts by American analyst Max Fisher, the war will not end in the next decade. Already, if the data of the so-called Syrian e-army are true, in Syria around 1000 fighters from Afghanistan are fighting. The Kurds also talk about the clashes with Afghans. In addition to the Middle East, Afghan mercenaries may appear in other regions of the world, from Algeria, Tunisia or Egypt to Russia itself: a particularly dangerous situation is in the Volga region, which in the worst case scenario may turn into a new Chechnya. In addition, the infiltration of militants into Kazakhstan will begin, and then the poorly guarded southern border of Russia will turn into another hot spot.

However, let us return to Afghanistan itself: during the internal confrontation, a part of the factions will be ousted from the country. Militants will find refuge in neighboring countries, including Uzbekistan, Tajikistan, and even Kyrgyzstan, although they do not share a border with Afghanistan. Thus, in addition to the targeted delivery of terrorists to remote corners of the world, there will be an unauthorized exodus of militants from Afghanistan. As a result, the conflict will cover the whole region: there have already been several precedents, let us recall at least the civil war in Tajikistan or the Batken events in Kyrgyzstan. The expansion of radical Islamism can be stratified on local conflicts, such as the crisis in Gorno-Badakhshan, political instability and latent ethnic conflict in Kyrgyzstan, the conflict between Tajikistan and Uzbekistan due to the construction of the Rogun hydropower station and other foreign or domestic disputes. All this will happen against the background of economic and social problems, as well as the crisis of statehood in many Central Asian countries. It should be noted that the Party of Islamic Revival is becoming increasingly popular in Tajikistan. In Kyrgyzstan, a growing number of adherents of banned religious movements, professing radical views. In Kazakhstan, a certain grouping of “Soldiers of the Caliphate”, since 2011, has carried out several attacks in major cities such as Aktobe, Astana, Almaty, Atyrau and Taraz. In 2012, the country carried out 5 large-scale anti-terrorist operations. Does Central Asia face the same “spring” as the Arab world?

The latest trends in the Central Asian republics pose a direct threat to Russia's geopolitical interests, because reintegration in the post-Soviet space will be suspended, if not reversed. The United States has already taken away Ukraine and the Transcaucasus — two “bridgeheads” for restoring former power — and now they are pushing Russia out of the last “bridgehead” from Central Asia. So far, only there Russian projects find unconditional support, although even in this region they are more and more often perceived with skepticism, directing their gazes towards the West or China.

Unfortunately, the elite of the republics do not understand that there is no arbiter in Central Asia. The United States, when it deployed its military bases in the region and began financing certain governments, upset the delicate balance that had developed over the centuries. Now America is leaving: the Asian Blitzkrieg failed, and the New Silk Road project with the cornerstone as a renewed pro-western Afghanistan collapsed. Nothing, for Washington, the loss is small: Afghanistan is far from the United States, and it does not matter who rules it. In the end, at any moment the situation may change, and then the US will have a new chance to conquer the Central Asian lands. But now the problem of Afghanistan will have to be solved by Russia - the main rival of the United States in the region and the former arbiter. So far, for the most part, the comprador elite of the country understands this little, or, even worse, ignores the looming threat altogether. If Moscow does not respond, the Central Asian nations will have no choice but to join China or ask the United States to return the American troops to the region. Russia has very little time, it is necessary to act promptly and deliberately, otherwise the disaster will befall not only the Central Asian republics, but also us.

Ctrl Enter
Noticed oshЫbku Highlight text and press. Ctrl + Enter
We are
Situational analysis of the death of the MH17 flight (Malaysian Boeing 777), made on the basis of engineering analysis from 15.08.2014Memo to mercenaries in Africa
103 comments
Information
Dear reader, to leave comments on the publication, you must to register.