November 8 2013
35
The development of air and missile defense forces designers to look for new ways to overcome these systems. Various types of weapons are being developed, among which are hypersonic aircraft (GLA). The greatest work to date has been carried out by American military specialists. Hypersonic aircraft are designed to hit stationary and mobile targets, including heavily protected or buried objects, for example, underground gearboxes. In the US, there are several different programs for developing GLA. 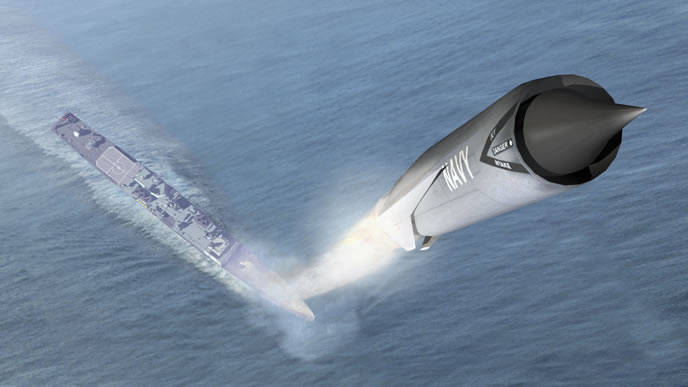 The main advantages of the projects of hypersonic aircraft with axisymmetric body, given the prospects for the creation of a combat missile at their base, is the possibility of using rocket technology. This significantly reduces the cost of products and allows compactly place products in the internal volumes of carriers, and use the available starting systems. The axisymmetric hull makes it possible to launch from the internal compartments of airplanes and external pylons, from containers on submarines and ships, using vertical launch systems.

One of the hypersonic missile development companies is Boeing. Since 1997, Boeing, together with Aerojet, has developed a draft ARRMD hypersonic rocket, under contract with DARPA. According to the tactical and technical requirements, the launch of the rocket was to be launched outside the air defense zone, the range to 1000 km, the estimated cruising speed M = 6, the launch weight 1000 kg and the weight of the warhead 110 kg. Provided for the use of inertial guidance system and satellite correction. The rocket began to swoop steeply upon reaching the target, so the speed at the moment of impact was 1200 m / s - the high kinetic energy of the rocket enhances the striking effect. In 2001, the DARPA program was suspended because the power plant was not ready. However, the results of research and development work on ARRMD in 2002 formed the basis of the ONF program of the US Navy and DARPA HyFly. The project involves NASA, the NAW Center for Naval Forces and the APL Laboratory of Applied Physics at Hopkins University.

Boeing HyFly is a program for developing and evaluating hypersonic technologies that can later be used in mass production of relatively inexpensive hypersonic missiles designed to destroy mobile and stationary targets, including buried and heavily protected objects. The company "Boeing" has been allocated for R & D about 116 million dollars. The simplicity of the layout, design and production technology inherited from ARRMD, allow developers to assert that the experimental model will be quickly turned into a combat missile of a new generation, equipped with penetrating warhead and universal base.

Since all missiles are disposable, technical requirements for it are weakened: degradation of the material is allowed, there is no structure cooling system, only ceramic-based composites are used. Consideration should also be given to the relatively low cost of a rocket and power plant. The design consists of 20 parts. The concept features two air intakes and as many combustion chambers.

As part of the program, the DCR engine was developed and tested. At the first stage of testing the engine was tested on the stands and in wind tunnels. They ended successfully. However, the flight tests did not succeed, in all three launches the engine did not reach the specified characteristics or simply did not start. If the efficiency and reliability of the DCR engine in flight tests were confirmed, this would significantly bring closer the implementation of air-to-ground hypersonic missile projects. The results of the HyFly program are used in the HyStrike project — a ship-to-ground and air-to-earth hypersonic missile for the US Navy. 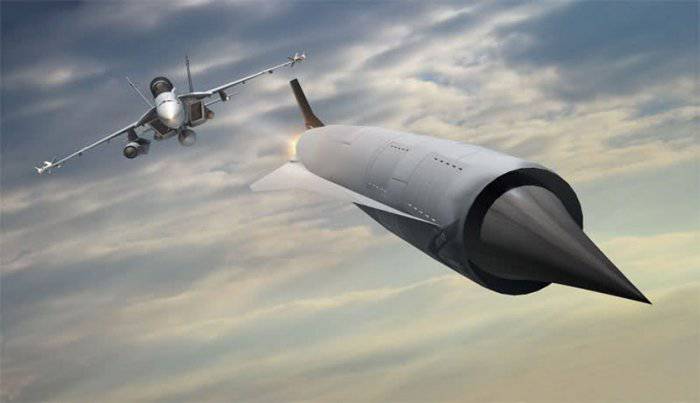 Another such program is RATTLRS ("Revolutionary Approach to Time-critical Long-Range Strike"), carried out by Lockheed Martin under the leadership of ONR, with the participation of the Air Force and NASA specialists. The main objectives of the program: creation of a turbojet engine capable of accelerating an aircraft to a speed of more than M = 3 without the use of auxiliary devices, and the creation of a TVSS engine for a reusable hypersonic aircraft. The RATTLRS rocket, equipped with a new type of power plant, is designed to fly at a speed of M> 4, for at least 5 minutes, and then up to 15 minutes. The flight range will be 1000 km. A combat aircraft, surpassing a cruise missile in speed by approximately three times, can reach a target in 5-10 minutes, following at an altitude of 21 thousand meters in cruise mode. The dive speed on the target was supposed to be M = 4, and the depth of penetration into the ground - 9-15 m. Also, a hypersonic aircraft would be able to disperse submunitions at supersonic or subsonic speeds.

Today, rockets of this class use a two-stage scheme. The first stage allows you to develop the speed that is necessary to turn on the second stage. The transition to a single-stage scheme will reduce the size of the hypersonic missile. But the operating temperatures of the combustion chamber and turbine increase significantly; new targeting systems and avionics are needed. The TVSS for RATTLRS was based on the Rolls-Royce / Allison YJ102R prototype engine developed by the Liberty Walk division of Rolls Royce. The specific thrust is six times the Pratt & Whitney J58. This is an accelerator, not just a cruise engine. 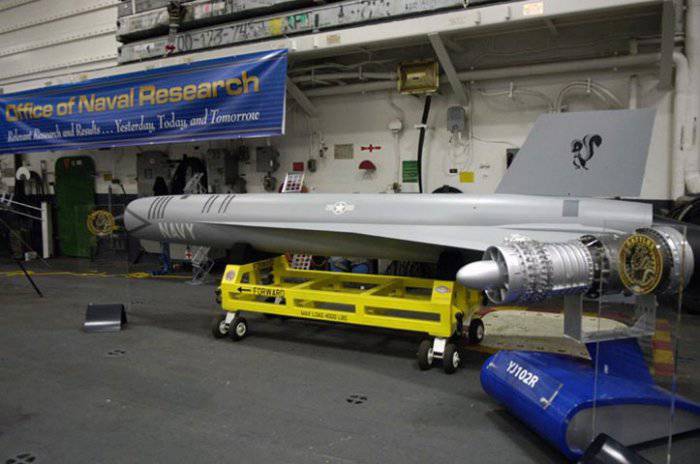 According to the manufacturer, the new power plant is distinguished by high-quality software for the regulation system and modern aerodynamics. The design used the latest material LamiUoy, developed by Rolls Royce. The structure of the navigation system RATTLRS will include the INS with the correction of the trajectory according to the CRNS NAVSTAR information. The missile will be equipped with a penetrating warhead or a warhead consisting of homing combat elements. Lockheed Martin and Rolls Royce were awarded the 120 millionth contract to create a demo model of a universal-based hypersonic cruise missile RATTLRS (weight about 900 kg). The launch vehicle must be compatible with F / A-18E / F, F / A-22 and F-35.