November 7 2013
14
KS-129 "Orenburg" - a large nuclear submarine special. Destination Ave. 09786 (667BDR Kalmar), which is part of the Russian North fleet. The submarine inherited its name from BS-411 "Orenburg". The carrier boat was developed on the basis of the Kalmar project 667BDR RPKSN (NATO classification DELTA-III), commissioned by the GUGI of the Ministry of Defense of Russia at the Rubin Central Design Bureau. Purpose - transportation of deep-sea nuclear power plants to the areas where tasks are performed. The conceptual design of the complex of project 10830 / project 1083 with the deep-water station of project 10831 (better known as Losharik) and the PLA carrier of project 09786 was carried out using the experience gained in the creation of experimental complexes of project 1851. Adjusted tech. The project pr.10830 / 1083K of the complex (in the part of the deepwater station) was submitted and defended in May 1992. In addition to the deep water station of project 10831, the carrier boat of project 09786 is capable of carrying the station AC-35 of project 18511 Halibut. 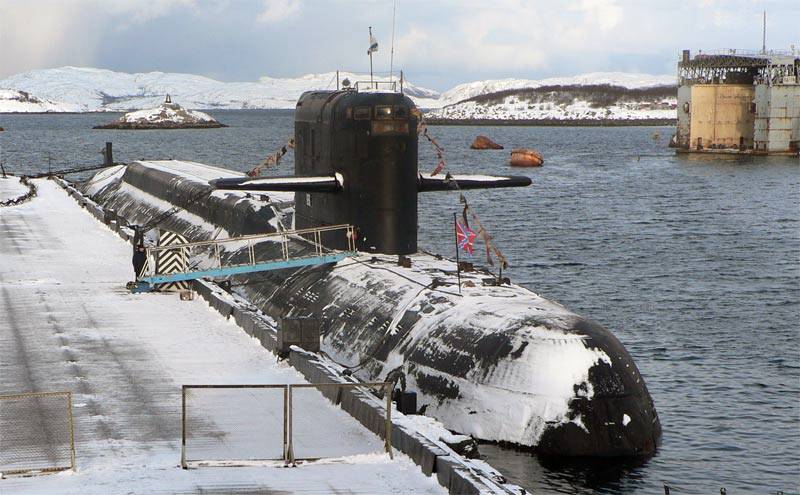 May 6 1978, the submarine was included in the Navy under the designation K-129. "Orenburg" laid in Severodvinsk on the stocks of the MP "Sevmash" 9 April 1979. The ship was assigned a 398 serial number. The submarine was part of the 339 th BRSRP of the Northern Fleet of the USSR Navy.

Re-equipment of the nuclear submarine with ballistic missiles K-129 (serial number 398) of the project 667БДР was launched in May 1994 in Severodvinsk CS “Zvezdochka”. Upgrade completed 23 December 2002 of the year. By March, 2005, the submarine was enlisted in the 29-th separate brigade of submarines of the Northern Fleet, based on the Deer Bay. In 2004-2007, factory, state and deep-sea tests of an experimental AGN project 10831 AC-12 - LOSHARIK were carried out. These tests took place in the Barents, White, Greenland and Norwegian Seas. The carrier of the deep-water station was the PLSN project 09786 "Orenburg".

During the period from 2008 to 2010, the submarine was being refined following the results of the tests and operation of the deep-water station AC-2004 LOSHARIK, which took place in 2007-12. This is indirectly confirmed by the fact that the submarine sea trials took place in August-September 2011. According to unconfirmed information, the Flag of the Navy was lowered on a submarine on January 6 of the year, and the boat was withdrawn from the fleet, but in late July of 2013 a delegation from the Orenburg region visited it. 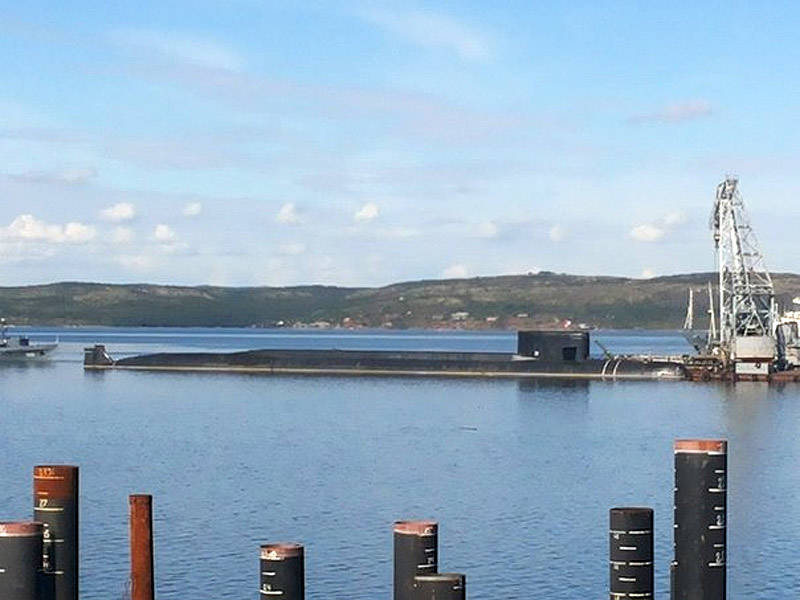 In 2006, the submarine became part of the Russian Navy as a nuclear submarine spec. destination.

11 on April 2011 of the year between NIPTB “Onega” and SPBM “Malachite” concluded contract No. 9 / 11 / 15790 for the total amount of 5,4 million rubles for “Performing work to ensure the extension of the assigned life of equipment, devices, systems, ordering project 09786, factory number 398.

In September, 2012, the Arctic-2012 research expedition took place. The main objective of this campaign was to deliver the deep-water station АС-12, 10831 Pr. “Wicket” for data collection, which will be submitted to the UN Commission on the Law of the Sea with an application for the expansion of the Arctic zone controlled by Russia. The expedition was attended by icebreakers "Dickson" and "Captain Dranitsyn." It was the deep-water station AC-12 that for 20 days spent collecting rock and soil samples at a depth of 2,5-3 km. 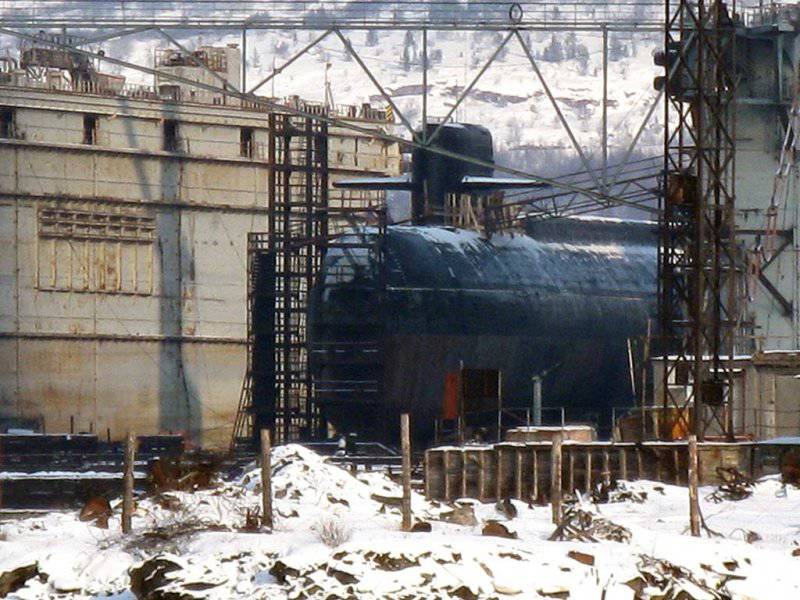 The design of the submarine is a two-part, converted nuclear submarine with ballistic missiles of the 667BDR project. The cut-out missile compartment was replaced with a 43-meter insert with docking station and facilities for personnel and wearable boat maintenance.

At the end of 2007, the research report “Report” was announced, the purpose of which was to extend the service life of the 2011 project nuclear submarine equipment to 09786. On the submarine was installed complex multipath echo sounder CME. The development of documentation for mounting the frame of the KMLE antenna unit was conducted by the NIPTB Onega under an agreement with the Zvezdochka CS and USC No. 92-59 / 10 from 13 in January 2011. The contract amount was 2.1 million rubles. 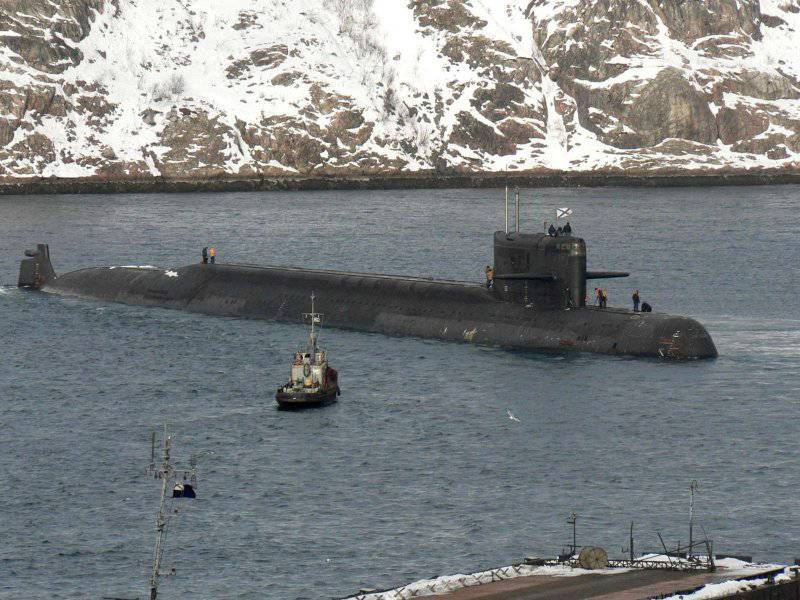 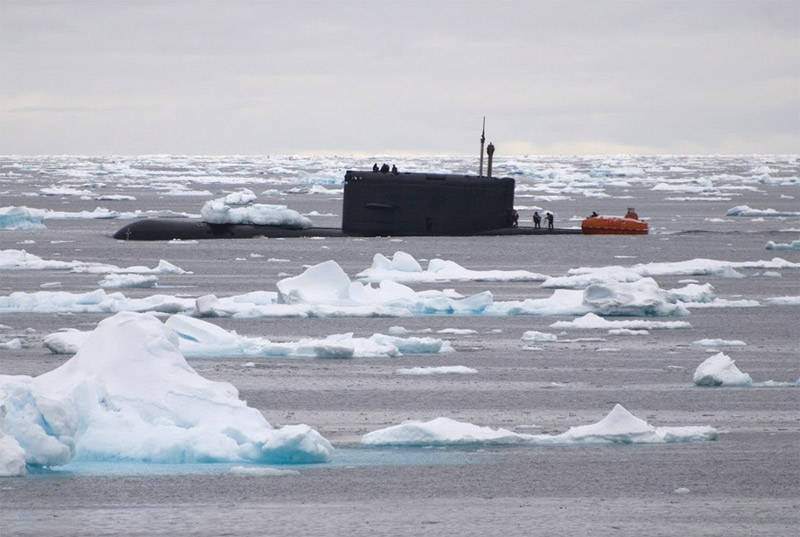