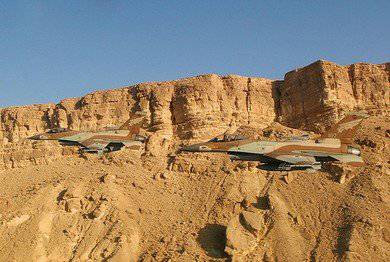 Israel is “enraged” by the fact that representatives of the American administration confirmed the fact that a missile attack on the air defense base in Latakia was inflicted by the IDF air force.


Israel has never officially recognized such attacks on Syrian territory.

A spokesman for the US government said in an interview with CNN that he confirms the Israeli aviation strike on cargo with missiles and equipment intended for the transfer to Hezbollah.

The Israeli television channel 10 quotes a representative of the Israeli government, who called such American statements "scandalous" and pointed out that such leaks are "unthinkable" in relations between the allies.

Israeli TV's 2 channel circulated a statement that the leak was made "right from the White House."

Military analyst for the second channel, Roni Daniel, stated that the behavior of the Obama administration is "incomprehensible." Daniel pointed out that the silence of Israel gave room for maneuver to President Bashar Assad and did not force him to respond immediately.

But the behavior of the Americans "pushes Assad closer and closer to the point at which he can no longer swallow such attacks, and will be forced to respond."

Daniel comments bitterly: “A powerful Israeli response will follow the reaction of Asad, and then the administration will be able to clap its hands - finally it managed to make a very big explosion.”

Ctrl Enter
Noticed oshЫbku Highlight text and press. Ctrl + Enter
We are
150 comments
Information
Dear reader, to leave comments on the publication, you must to register.