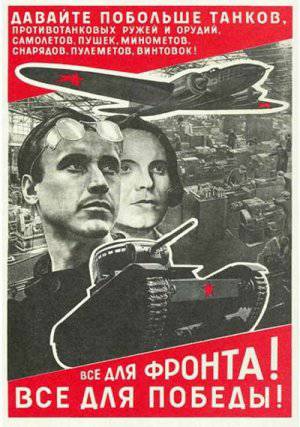 Rosnano, Skolkovo. What were they created for? No one knows if there will be any “exhaust” for the country from these centers at all. Quite a few budget funds are being “poured” into these projects. Strange loyalty to these projects, not only from the authorities, but also from the opposition. The all-seeing eye of “RosPil”, constantly watching for public procurement, is “blinking slowly” here ...


What needs to be done to make these projects work effectively for the good of the country? Rosnano and Skolkovo illustrate by example that incredibly high salaries are not an incentive to achieve the desired result.

One of the methods of stimulation is in an excerpt from A. Toptygin's book Unknown Beria.

The intelligentsia did not enjoy special honor with Stalin. He was well aware that without her help it would be impossible to carry out the grandiose programs that formed the basis of the first five-year plans. It is also impossible to prepare for a war that was literally on the doorstep. <…>

The attitude towards scientists was not easy. On the one hand, the desire of the most advanced part of the party leadership to wipe out aliens from the face of the earth, not Soviet, not party, on the other, to make the most of knowledge, experience, and talent. <…>

A special form of the use of specialists was invented, whose loyalty the Soviet government could doubt. It turned out that academicians and designers can be used not just at a logging or railway construction: you can hammer nails with a microscope, but it is expensive and inefficient. It is better to put a security guard behind everyone sitting at the microscope or behind the drawing board, hang bars on the windows, and give the 10-15 years of strict isolation to the creators themselves, and let them work for themselves.

Already on January 10, 1939, Mr. Lavrenty Pavlovich signs order No. 0021 “on the organization of a special technical bureau”. It clearly defined that this bureau was created under the people's commissioner of internal affairs and falls within its competence. It is created for the use of prisoners with special technical knowledge. The same order approved the headquarters of the OTB and the “Regulations on the Main Technical Bureau at the People’s Commissar of Internal Affairs”.

“... 2. The task of the technical bureau is to organize the design and implementation of new weapons for the army and fleet.
3. The Bureau has the following groups by specialties:
A) aircraft construction group and aviation screws.
B) a group of aircraft engines and diesel engines.
B) a group of naval shipbuilding.
D) a group of powders.
D) a group of artillery shells and detonators.
E) group of armor steels.
G) a group of chemical warfare agents and chemical protection.
H) the group for the introduction of the AN-1 aero-diesel engine in the series (with factory number 82).

<…> 9. A special technical bureau attracts civilian specialists to work in groups, primarily from among young specialists. "

Perhaps the most successful of this work was in the group "A", which was engaged in aircraft construction and received, with the light hand of its participants, the name "Tupolev sharaga". <…>

October 21 1937, Tupolev was arrested in his office in the SUAI building. He spent about a year in the Butyrka prison. After he confessed to everything that he was accused of, the investigators left him alone. By the end of his butyrsky seat, Tupolev received an offer to work in his specialty, and, without thinking twice, agreed. True, he put forward a condition - he must be sure that his wife is free, and the children are with her. Yulia Nikolaevna was released.

<…> Soon Andrei Nikolaevich received an assignment from the People's Commissar himself. The task set before the designers was technically impossible: a heavy 4-engine dive bomber was required, capable of carrying a large bomb load and, as Beria put it, capable of hitting "the enemy in his lair."
Tupolev managed to convince Beria that the ordered was impossible, and if such a monster appeared, the military would not accept it.

After another meeting with Beria, Tupolev told his employees: “My report irritated Beria. When I finished, he gave me a frankly angry look. Apparently, about PB-4, he said a lot to Stalin, and maybe convinced him. This surprised me, from Stalin's past tricks I got the impression that he is in aviation, if he doesn't understand as a designer, then he still has common sense and point of view. Beria said that they would deal with Stalin. For a day I was worried alone, then I was summoned again. “So Comrade Stalin and I once again familiarized ourselves with the materials. The solution is this: now and urgently make a twin-engine. As soon as you finish, proceed to PB-4, we need it. " <…>

Soon, Tupolev's group was transferred from Bolshevo to Moscow. It originally consisted of 17 people. <…>

Petlyakov KB first came to brilliant results. In April, 1940, his plane passes flight tests. Instructions should be: convert high-altitude high-speed fighter into a three-seater dive bomber. This is given 45 days. To perform the work, 300 free workers are recruited from Ilyushin, Yakovlev, Arkhangelsky Design Bureau. Free and zeki work, regardless of time. Responsibility for the assignment assigned to VM. Petlyakova.

2 June 1940 of the year, at the most crucial moment of preparing the transfer of drawings to the manufacturer, Petlyakov is sentenced - 10 years of forced labor camps.

May 28, a little earlier, A.N. Tupolev was also acquainted with the verdict - 15 years of camps. With an interval of 2 weeks, almost all Tupolev sharaga workers whose investigative cases were suspended receive their sentences - the range from 5 to 15 ITL.

What is this, an attempt to stimulate creativity with the help of a whip? However, despite the general depression, as the memoirists write about it, the work continued. <…>

The fate of V.M. Petlyakova.

25 July 1940 was amnestied by Bazenkov, Myasishchev, and others arrested during the period from 1937 to the beginning of 1938.

The second wave of liberation from the NKVD TsKB-29 falls on the summer of 1941, when A.N. Tupolev, Tomashevsky, Kerber, Saukke and others.

The rest of more than a hundred people were released between 1943 (the main body) to 1948. Among those released in 1944 was S.I. Korolev is the future general designer of spaceships. <…>

However, along with the "Tupolev Sharashka" there were other groups dealing with defense issues. <…>

In total for 1939-1945 years, over the 20 major military-technical developments were made, some of which were almost immediately adopted (Pe-2, Tu-2, gun OB-25 and a number of others), the rest, although they did not go to series, became the basis for the development of new military-technical projects.

It must be said that the idea of ​​involuntary engineering labor by itself did not arouse rejection of the country's leadership. In particular, at the July plenum of the 1953 of the year V.M. Molotov literally stated the following: “Tupolev sat as a pest, and now he does planes for us. When I saw how it was that I had to work for this power, I began to work, and God bless him, let him work for himself. ” However, it is not enough to say “did not cause rejection”: the fact that people who were useful for the Soviet state were made from former “pests” was the pride of “party-enkavdeshnoy” pedagogy.

Mb Saukke and L.L. Kerber recall a very characteristic episode. During one visit to L.P. Beria A.N. Tupolev on the proposal to "smoke" began to fill his pockets with cigarettes. The perplexity of the People's Commissar, who knew that Tupolev was not a nonsmoker, was replaced by rage when he explained that he takes cigarettes for his comrades, and this rage was directed not at the caring aircraft designer, but at those charged with providing STB with everything necessary. Immediately before the eyes of Tupolev, a scene broke out about which he gladly told his colleagues. Beria summoned the commandant and the head of the STB and arranged a real dressing, obliging them to feed them at the restaurant level and demanding that they also provide them with cigarettes that they smoked outside. The commandant, leaving the office of Beria after Tupolev, complained about where to get such a chef to carry out the order of the Commissar. The poisonous Tupolev advised to arrest the chef from the National. It turned out, however, without arrests, but they didn’t become better than feed, and there were no more problems with smoking - the prisoners got everything to choose from: from “Herzogovin’s Flor” and “Kazbek” to “Belomorkanal”.
Another advantage was meeting with relatives. True, no more than once a month, but probably this is better than a meeting in 10-15 years.

Andrey Nikolaevich Tupolev was born in 1888 year. Corresponding Member of the Academy of Sciences of the USSR (1933), Academician (1953), twice Hero of Socialist Labor. Under the leadership of Tupolev, 50 of original aircraft and around 100 various modifications were created. The creator of the Soviet all-metal aircraft construction. He died in 1972 year.

Ctrl Enter
Noticed a mistake Highlight text and press. Ctrl + Enter
We are
Beria is the protagonist of the USSR atomic projectMyths of the Great Patriotic. Did Stalin have prostration in the first days of the war?
59 comments
Information
Dear reader, to leave comments on the publication, you must to register.