In Voronezh, firing tests of the new engine for the Angara-A5 launch vehicle 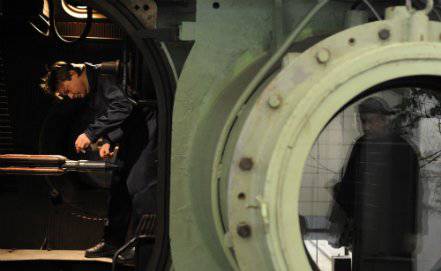 The first series of fire tests of the oxygen-hydrogen rocket engine RD0146D was successfully carried out in the Voronezh Design Bureau of Chemical Automation / KBXA /. About this correspondent. ITAR-TASS was informed today by the head of the press service of the company, Alexander Kazhikin.

The complex of works with the engine is carried out in accordance with the schedule for the creation of an oxygen-hydrogen accelerating unit for the new heavy launch vehicle Angara-A5. On the experimental base of the enterprise, 68 fire tests were carried out on engines of this family, including six using liquid methane as combustible. The total engine running time is more than 3 thousand 600 seconds.

The beginning of the development of the engine РД0146Д according to the program of final testing became possible after the successful completion of the specifying tests. This allowed KBKHA to start making units of the standard design, which will be used for testing as part of the carrier rocket in space, the company representative said.

KBKHA is one of the world leaders in the creation of rocket engines for defense, scientific and economic carriers. Over the years, engines for the Vostok, Voskhod, Molniya, Energiya, Soyuz, Proton rockets were created here.

Ctrl Enter
Noticed oshЫbku Highlight text and press. Ctrl + Enter
We are
KBHA: will it be necessary to regret “Proton” again?In Voronezh, the creation of engines for the Angara LV has been completed
7 comments
Information
Dear reader, to leave comments on the publication, you must to register.