A blow to a military base in Syrian Latakia inflicted Israel, media reported

November 1 2013
236
At the military base in Syria between Lattakia and Jable, Russian-made air defense complexes were stored. The explosion at the facility was reported by the Israeli media. 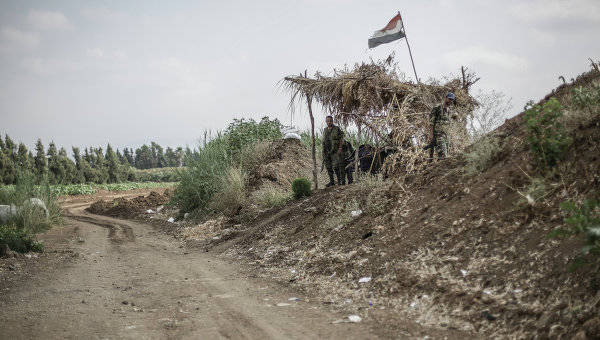 Israeli military aircraft struck on Thursday at a military base located near the city of Latakia in Syria, CNN reported, citing a representative of the US administration.
Earlier, a source in the Syrian army reported that on Thursday morning a military base in Syria between Latakia and Jabl was attacked, where Russian-made air defense complexes are located. The explosion at the site where the missiles were allegedly stored was also reported by the Israeli media.
Ctrl Enter
Noticed oshЫbku Highlight text and press. Ctrl + Enter
We are
A series of terrorist attacks in Tartus and Jable (Syria)The action “Military service under the contract is your choice!” In Rostov-on-Don: future contract servicemen, exhibitions and “Russian Knights”
236 comments
Information
Dear reader, to leave comments on the publication, you must to register.