The enemy will not pass 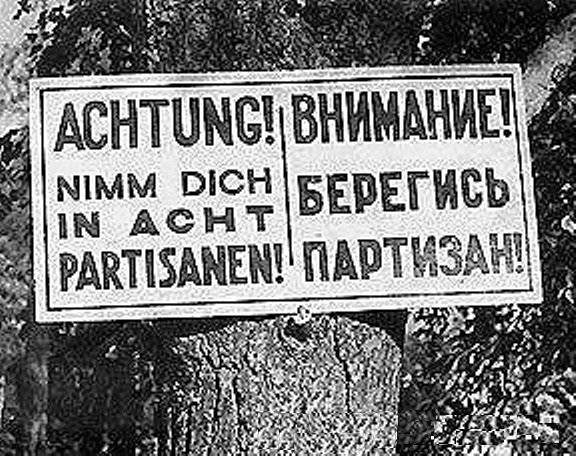 Nothing characterizes a nation like its ability to unite in difficult times. I am Belarusian and very proud of the past of my people! The population of Belarus showed its best during the German occupation. People showed incredible heroism, ingenuity and courage. Being at the forefront of the defense, Belarus was simply crushed by Wehrmacht troops. The use of scorched-earth tactics aggravated the situation, since both sides of the conflict destroyed any objects in the territory left, whether they be factories, residential houses, bridges, unmowed fields, food depots and fuels and lubricants, road and railways. Since the Great Patriotic War had two “waves” - back and forth, this tactic caused enormous damage to the historical and architectural heritage and the economy of Belarus.

But all this just fades compared with human losses ...

So, if before the war in Belarus, in its current borders, lived 9,2 million people, then at the end of 1944, 6,3 million people lived. According to the ChGK to investigate the atrocities of the German fascist invaders, 2 219 316 people of civilians and prisoners of war were killed in total in the BSSR. However, it later emerged that the information on casualties in a number of areas was significantly underestimated, as well as the fact that the data for some of the camps for prisoners of war were inaccurate. This figure also does not include missing or captured and killed there, the soldiers of the Red Army from among the Belarusian residents. The civilians that were taken to Germany and killed there were not taken into account. Currently, some researchers believe that, taking into account indirect losses during the years of the Great Patriotic War, from 2,5 to 3 and more than a million people in Belarus died, i.e. no less than one in three. 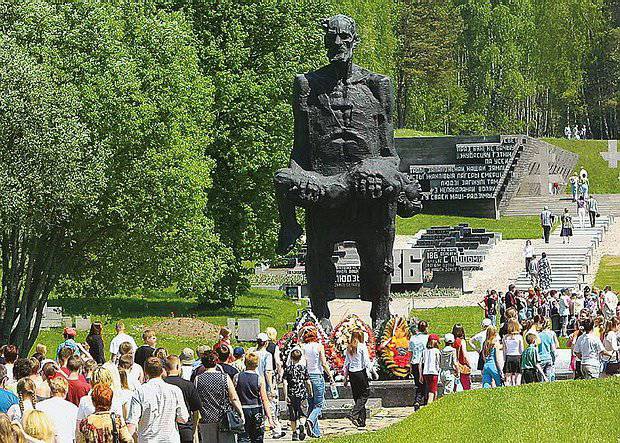 On the basis of the brutal extermination of the Belarusian people, the population began to conduct partisan activities that have become nationwide. By the end of 1941, there were 230 guerrilla units in Belarus, in which about 12 000 people fought. By the end of the war, the number of partisan units was 1255, of which 997 were part of the 213 brigades and regiments, and the 258 units acted independently. The total number of Belarusian people's avengers exceeded 374 thousand people. 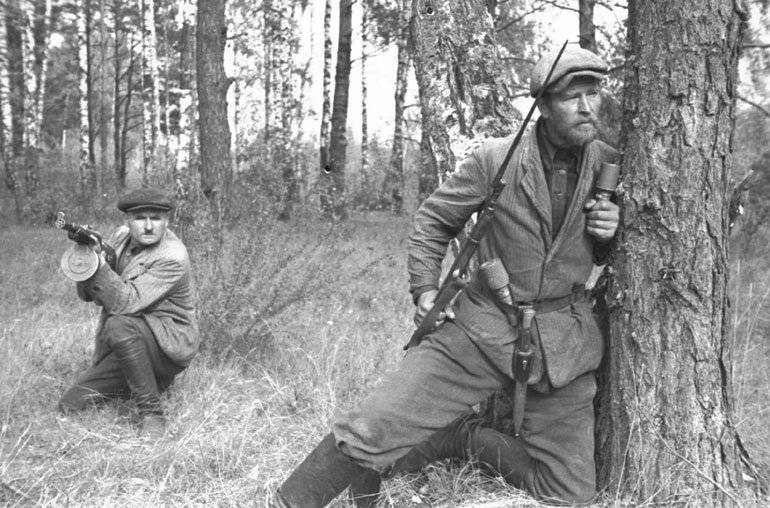 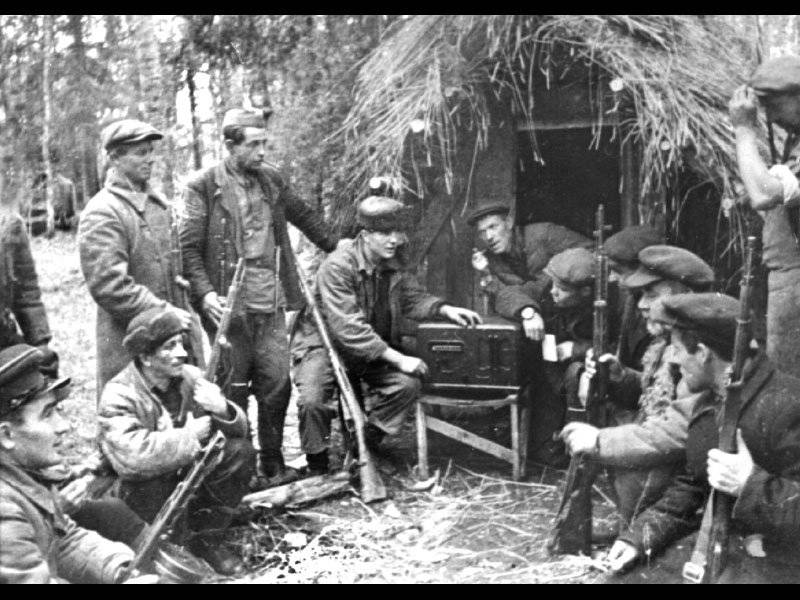 The obstacle to the delivery of German reinforcements to the front was one of the priorities of the Belarusian partisans. On the territory of Belarus there were many railways: Brest-Minsk-Smolensk, Brest-Pinsk-Gomel, Brest-Kovel, Bialystok-Vilnius-Pskov, Vilnius-Minsk-Gomel, Nevel-Orsha-Gomel and Sedlec-Volkovysk-Nevel with a total length of 5700 kilometers During the years of the Great Patriotic War, Belarusian partisans blew up more than 300 thousand rails and derailed 11 128 German echelons with manpower and combat equipment. 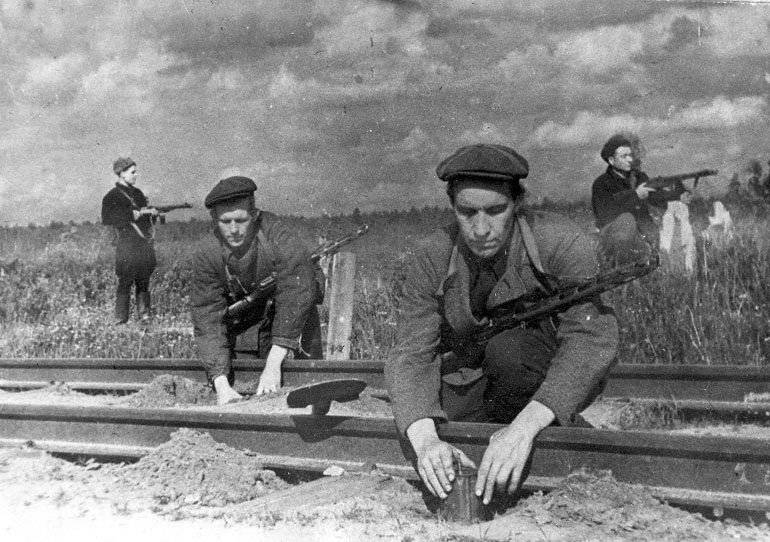 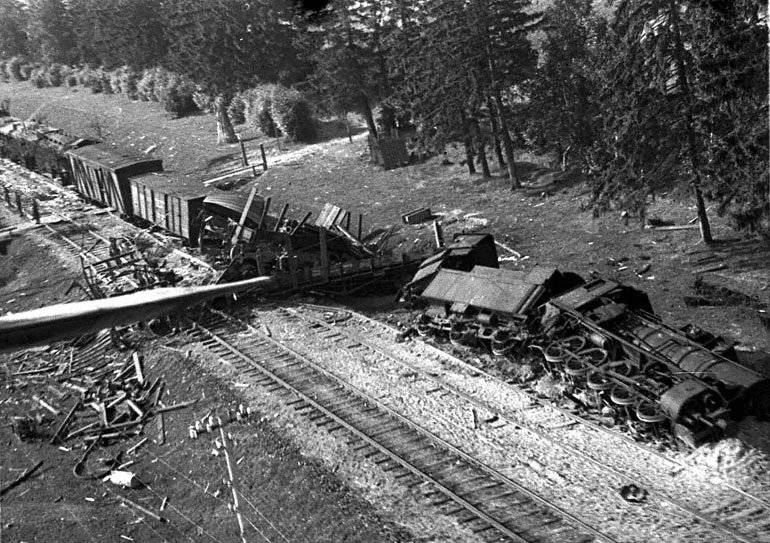 As the war progressed, partisan activities became more and more widespread. Thus, as of 1 December 1942 of the year, according to the data provided by the CSPD (Central Partisan Movement Headquarters), since the beginning of the war, partisans of Belarus derailed 1040 German railway echelons, destroyed 17 top officials of the fascist army, 3010 officers and 91 596 soldiers and the cops.

Already in the period from November 1942 to December 1943, the number of partisans grew 2,7 times and amounted to about 153 thousand people. Partisan zones began to be organized. Zonal partisan formations were organized that solved major combat missions in cooperation with the Red Army.

By the end of 1943, the Belarusian partisans controlled 108 thousand km², or 58,4% of the occupied territory of the republic, including about 37,8 thousand km² completely cleared from the German troops. 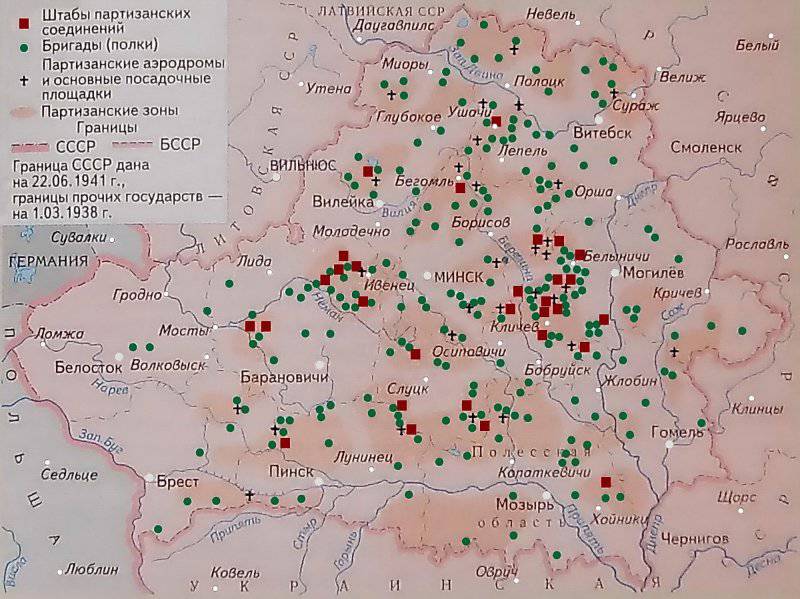 In 1944, the Belarusian partisans were faced with a new task - to prevent the retreating enemy from turning the territory they left into the desert. The Central Committee of the Communist Party of Belarus, the headquarters of the partisan movement and the underground obkomy developed special measures to save the population. Only in the forests of the southern suburban area of ​​Minsk, under the protection of partisans, more than 5 thousands of families found refuge, and the network of forest camps for civilians, whose protection was carried by more than 80 thousand partisans, is expanding throughout the republic.

In April, against the 17-thousandth unit of the Ushachko-Lepel zone, commanded by V.E. Lobanok, the fascist German command threw 60 thousand soldiers and officers to 25. 4 days guerrillas repelled the attacks of the enemy, on the night of 15 in May the connection broke through the blockade of the enemy, removing 3 thousand civilians. An important role in the failure of the punitive operation was played by the aid of the 215 of the Byelorussian Front. In March-April, 1500 tons of ammunition were delivered to the partisans, XNUMX wounded were taken out.

Thus, from June 1941 to July 1944, partisans of Belarus disabled about 500 thousand soldiers of the occupying forces, officials of the occupation administration, armed colonists and accomplices (125 thousand of them were irretrievable losses), undermined and derailed 11 128 enemy echelons and 34 armored trains, defeated 29 railway stations and 948 enemy headquarters and garrisons, blew up, burned and destroyed 819 railway and 4 other bridges, destroyed more than 710 thousand rails, destroyed over 300 km of telephone and telegraph link, brought down and burned at 7 airfields airplanes shot down 300 tanks and armored vehicles, destroyed 438 guns of various calibers, blew up and destroyed 18 vehicles, destroyed 700 military depots. For the same period, the partisans of Belarus took the following trophies: guns - 939, mortars - 85, machine guns - 278 1, rifles and machine guns - 874 20. The total irretrievable losses of the Belarusian partisans in 917-1941, according to incomplete data, amounted to 1944 thousand people . 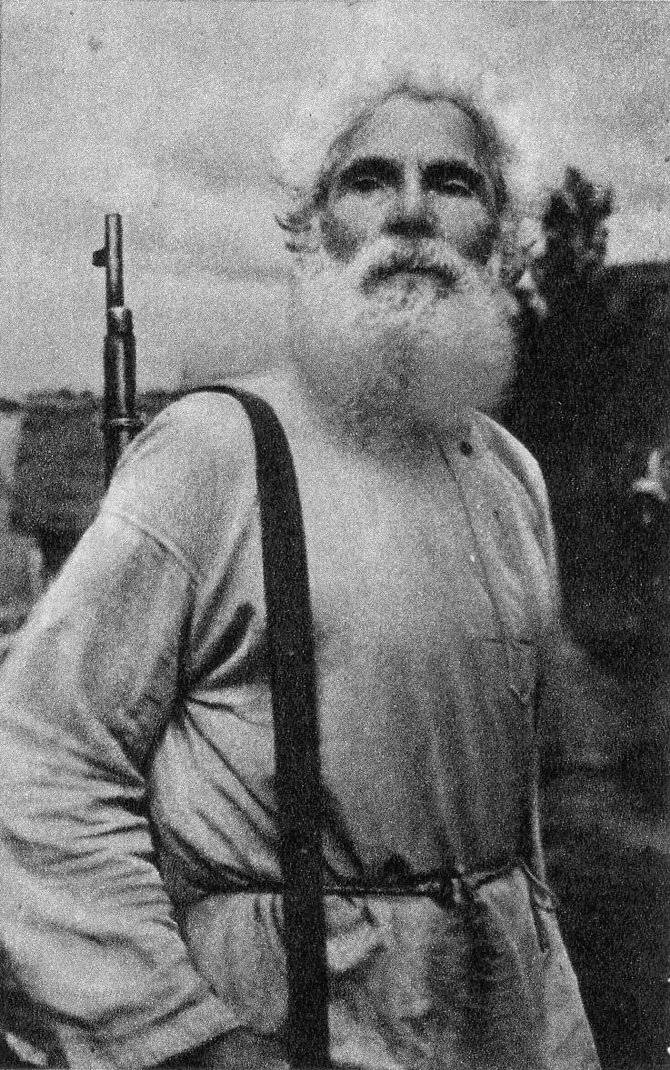 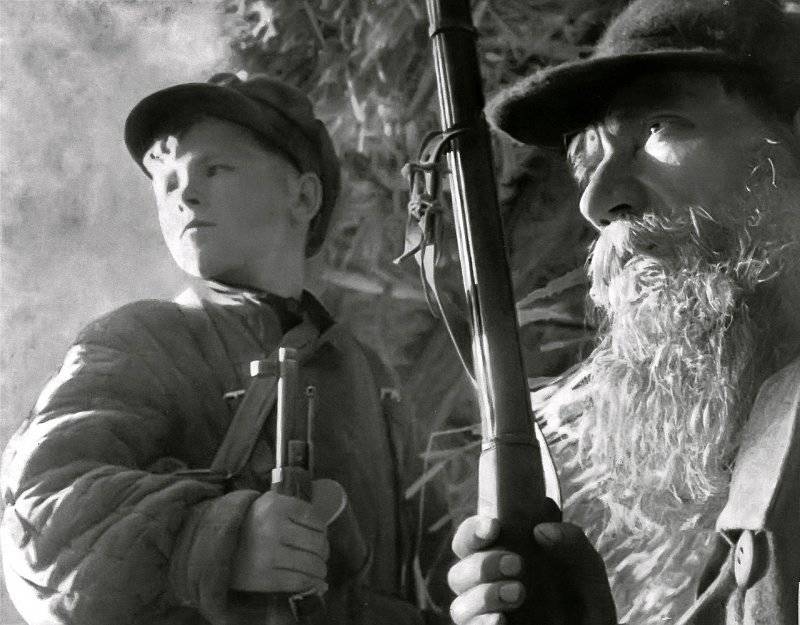 For participation in the anti-fascist struggle in the underground and partisan detachments on the territory of the BSSR, more than 120 thousand people were awarded with Soviet government awards, 87 people received the title of Hero of the Soviet Union.

This experience of guerrilla warfare, which exists in Belarus, rightly called “Partisan Republic” during the years of the Great Patriotic War, was not and does not exist at all. And as we know, from stories it is necessary to learn lessons, otherwise you will have to pay a large price for mistakes.

Recent events have amply demonstrated to us examples of the so-called war without rules, when the primary targets for destruction are not even the armed forces themselves, their personnel, equipment and armaments, but the state infrastructure, human resources ensuring its uninterrupted functioning.

The aggressor wages a war primarily with the population as a resource ensuring the functioning of the country's defense. In such a war, non-participation in the country's defense forces does not guarantee immunity both for the citizen and for the members of his family.

Based on the experience of conducting combat operations during the Great Patriotic War and modern military conflicts, to promptly and timely repel aggression from outside, it was decided to establish territorial defense forces in the territory of the Republic of Belarus.

This idea is not new. Countries such as Austria, Belgium, Great Britain, Germany, Denmark, Italy, Lithuania, Latvia, the Netherlands, Norway, Poland, France, Sweden, Finland and many others, along with regular armies, have territorial troops in service. In these states, it is the territorial troops that are entrusted with the task of covering up the mobilization deployment of the armed forces, guarding strategic facilities and elements of the military and civilian infrastructure, and actually conducting territorial defense.

The territorial defense system of Belarus began to be created at the beginning of the 2000s. During the operational-tactical exercises "Berezina-2002" for the first time practical actions of the territorial troops in the Borisov district were worked out. 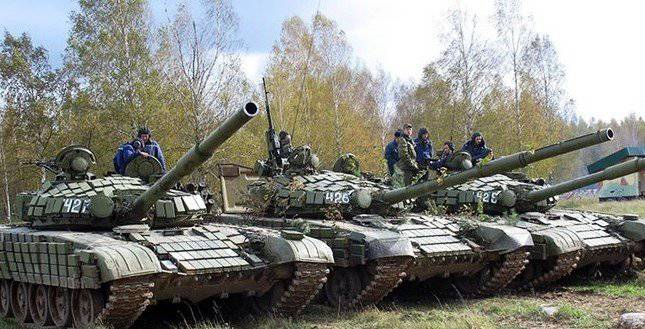 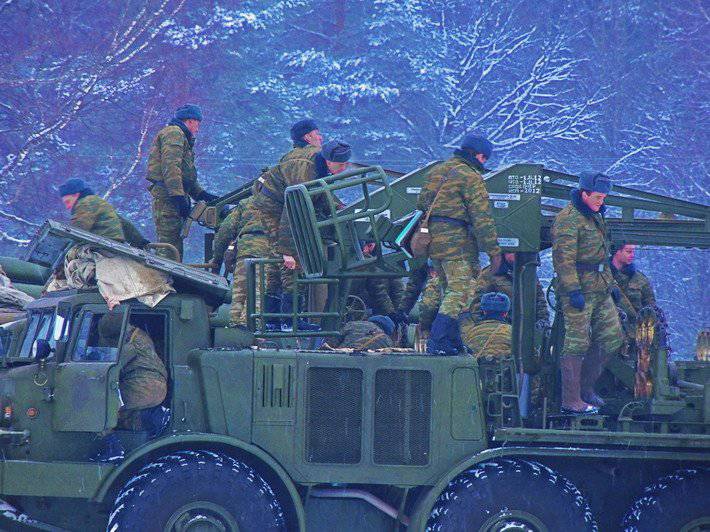 Territorial defense troops are formed on the principle of "Where you live, you fight there."

Territorial troops are recruited by senior military personnel. Based on the territorial principle, they perform tasks in the places of residence. On the equipment of the territorial troops, as a rule, are small weapon and other weapons, the possession of which does not require special training. It is important that no universal arming of the population occurs, while only the number of persons liable for military service, which is necessary to solve current problems, is mobilized. Provision of territorial troops is carried out by the Armed Forces, however, vehicles and some other material resources come from the local economic base.

The important tasks of the territorial troops are also the elimination of the consequences of emergency incidents, the conduct of armed struggle in the territory temporarily seized by the enemy. 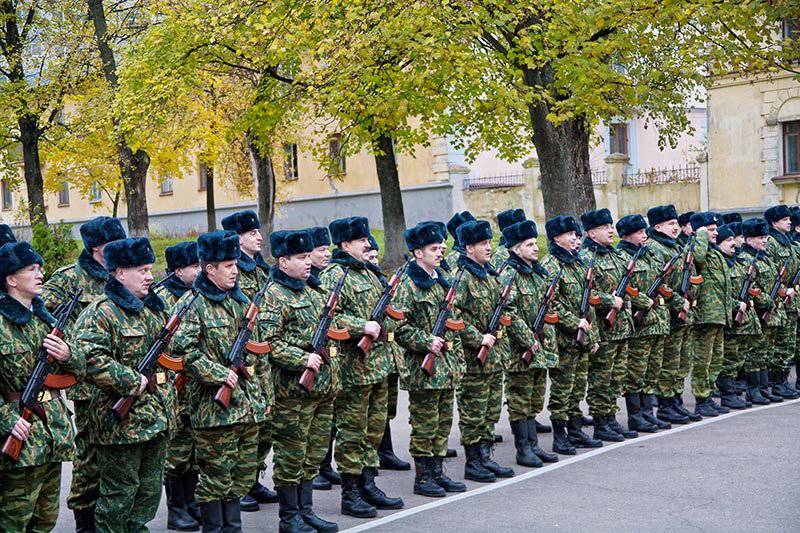 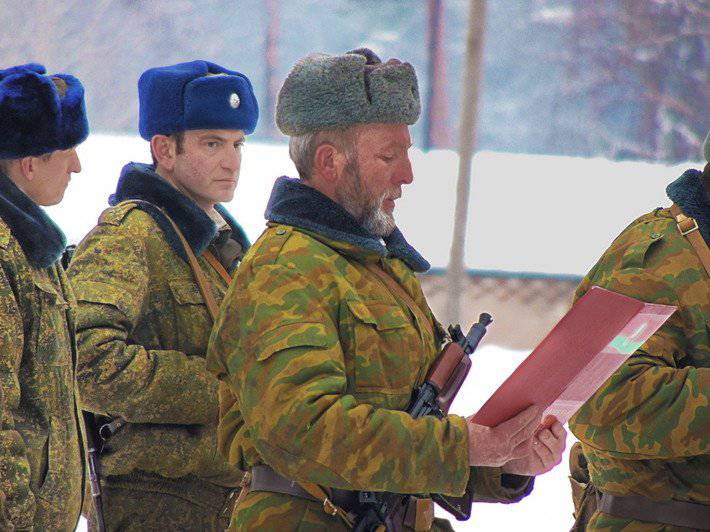 In the Republic of Belarus, seven zones of territorial defense have been created, geographically corresponding to the regions and the city of Minsk. In 2011, a new independent military authority was created - the territorial defense directorate, which is directly subordinate to the Chief of the General Staff of the Armed Forces.

The 11 chapter of the Territorial Forces Combat Regulations outlines the issues of warfare in the territory temporarily occupied by the enemy. The statute defines that the essence of the armed struggle in the temporarily occupied territory is to create for the enemy an intolerable situation as a result of the destruction of manpower, military equipment and materiel, disruption of command and control, disruption of activities carried out according to the plans of the occupation authorities.

Armed forces have been created in Belarus that are capable of solving the tasks of defending the state against aggressive encroachments from the outside in a qualitative and professional manner. Everyone knows the thesis that armies win battles, but wars are won only by nations. And our story is a visual confirmation.

Therefore, every man, every citizen, everyone who loves his MOTHERLAND, should be able to protect himself, his family, and hence the state, of which he is a citizen. 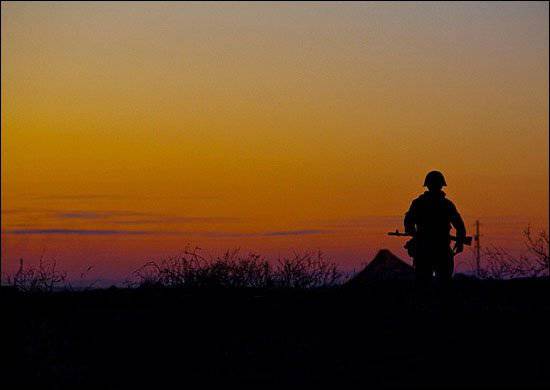