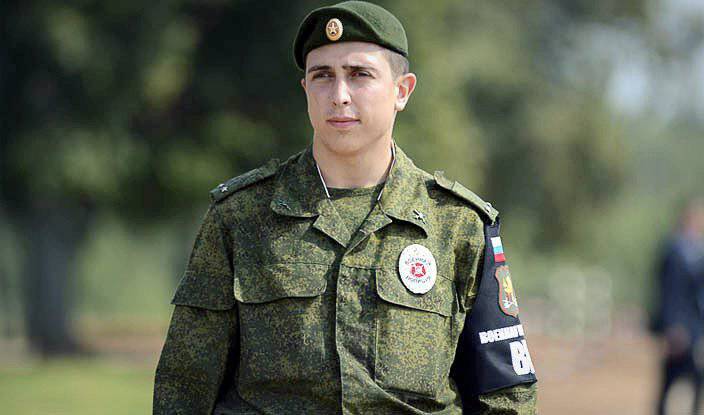 The federal law on military police, expanding its powers, will be adopted by the end of the year, said Colonel Igor Sidorkevich, head of the Main Directorate of the Military Police of the Russian Defense Ministry.

“The military police exist and it is regulated by orders of the Minister of Defense, but in the near future, I think a federal law will be adopted before the new year, where the powers of the military police will expand, where we will have the right to conduct an inquiry in the form of urgent investigative actions. We will be a serious body that will be able to influence the rule of law and the state of combat readiness of the Armed Forces, "said Sidorkevich, RIA"News».

The military police will consist of investigating officers who will be trained at the Military University, Sidorkevich said.
“After the adoption of the law, we want these to be investigative officers with a higher legal education,” he said.

“With the State Secretary - Deputy Minister of Defense General of the Army Nikolai Pankov, we are already preparing a document in order to create a faculty at the Military University to train military investigators, so that our officers undergo refresher courses and can conduct inquiries with the troops,” said Sidorkevich.

“Today we want to recruit military police from contract soldiers. We would like it to be contractors or officers with a higher legal education, ”he specified.

Military police intended to create a 90h years. In 2006, the Ministry of Defense stated that he had no recipe for creating a military police force. Then it was promised to be created in 2010, however, then the ministry denied this information. The military police establishment was moved to 2012 year, saying that it will be introduced in stages.

In 2012, the media reported on a bill prepared by the ministry, which the Ministry of Defense called obsolete. The first event guarded by the police in the summer of 2013 was tank biathlon. It was led by Igor Sidorkevich.

Ctrl Enter
Noticed oshЫbku Highlight text and press. Ctrl + Enter
We are
The action “Military service under the contract is your choice!” In Rostov-on-Don: future contract servicemen, exhibitions and “Russian Knights”Military police are endowed with law enforcement functions.
21 comment
Information
Dear reader, to leave comments on the publication, you must to register.