The accident Ka-52 in Moscow: the first information

November 1 2013
39
On Tuesday, October 29 in the south-east of Moscow, in the Vykhino-Zhulebino area, an Ka-52 Alligator helicopter crashed. Around 15: 40 Moscow time, the rotary-wing machine heading for the Kamov Flight Test Complex fell for an unknown reason from a height of several tens of meters. A fire broke out at the site of the crash. 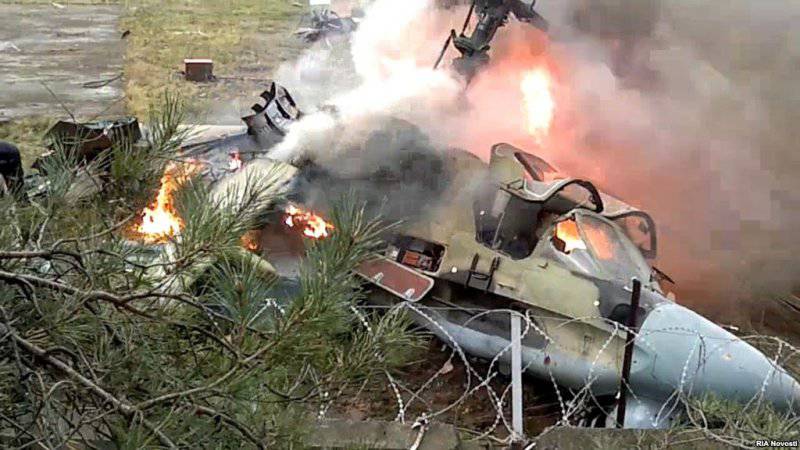 As reported by domestic media, the crashed Ka-52 helicopter belonged to an aircraft manufacturer and was used in tests. The objectives of the tests were not called. The helicopter drove from the airfield Chkalovsky to the site of the Flight Test Complex. The machine was driven by employees of OJSC Kamov, a first-class test pilot, Yu. Timofeev, and a first-class test navigator, V. Yurtaev. According to some information, on the day of the accident the helicopter, which was busy in testing, made two flights, the last of which ended in a fall.

From the eyewitness accounts and the available official information, it follows that the Ka-52 helicopter with a crew consisting of test pilots reached the airfield in the south-east of Moscow without incident and began to land. Already during the descent from the released chassis, the helicopter, for some unknown reason, began to rotate around a vertical axis. The crew did not have time to take action and the car fell on the territory of the Flight Test Complex. In the event of a fall, fuel tanks were detonated, leading to an explosion and a large fire. The fire crews of the Flight Research Complex were able to localize the fire over an area of ​​about 20 square. meters, but the helicopter was almost completely destroyed by fire. As can be seen on the available photo and video materials, only damaged parts of the frame and the power plant, as well as the tail section, remained from the car. 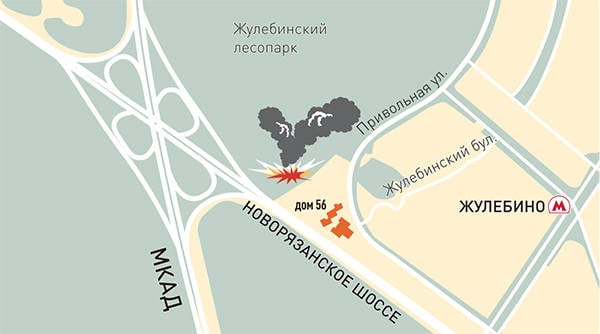 During the fall, the helicopter crew was injured, but was able to leave the damaged car on its own. During the first hours after the accident, there were reports that test pilots managed to eject. However, later on, with the advent of photographs and videos from the scene of the accident, it became clear that until the fall, the pilots Yu. Timofeev and V. Yurtayev were in the cockpit. In the photo and video taken during the first minutes after the helicopter crash, it is clear that the rotor blades were left on the car, and the cockpit canopy does not have any specific damage remaining after the ejection. In addition, a few hours after the accident, there was an official confirmation that the pilots tried to land the helicopter and remained there until the time of the crash.

Test pilots from the Kamov company were sent to the 36 city clinical hospital. Both pilots were diagnosed with multiple bruises and abrasions, as well as concussion. In addition, one of the pilots (who it was, was not specified) with the fall injured his chest and broke several ribs, and another showed signs of spinal damage. Immediately after the accident, a suspected compression fracture was reported. On the initiative of the Ministry of Defense, the injured pilots from the 36 city hospital were transferred to the Main Military Clinical Hospital named. Burdenko, where their treatment will continue. October 30 Chief of the Main Military Medical Department of the Ministry of Defense, Major General A. Fisun said that the pilots will be transferred to the hospital to them. Burdenko during the day. Although the helicopter did not belong to the Ministry of Defense, and the pilots are employees of the company, Kamov, the military department still decided to take over the treatment.

The fire that started after the fall almost completely destroyed the tested helicopter. No one was hurt on earth. On Wednesday, the investigative committee published information about the damage from the accident and confirmed the estimates that appeared on the eve. On board the lost Ka-52 helicopter was a complex of special equipment used to monitor the test results, which affected the extent of the damage. The cost of the rotary-wing machine and control equipment is approximately equal to 800 million rubles.

On the day of the accident, representatives of the transport investigation department seized the flight recorders of the crashed helicopter. In addition, a lawsuit was filed under the article "Violation of the rules for the safety of the movement and operation of air transport, which caused major damage." Employees of the investigative department examined the place of the helicopter crash, are engaged in the analysis of documentation and are waiting for the results of several examinations.

Currently, two main versions of the causes of the accident are being considered: equipment malfunction and pilot error. Due to the lack of any official data, now we can only make assumptions. Interstate aviation the committee decrypts flight recorders and this work will take some time.

A special commission of the Ministry of Industry and Commerce will lead the accident investigation together with the transport investigation department. The director of the aviation industry department, A. Boginsky, was appointed head of the commission; it included representatives of various aircraft-building organizations related to the development and production of helicopters. The commission of the Ministry of Industry and Trade must find out the causes of the accident and help the investigators.

Available information from official sources and from eyewitnesses, according to which the crew lost control during the approach, may testify in favor of the version of technical problems. It was a violation in the operation of any power plant units that could have caused the Ka-52 helicopter to spin, causing it to lose altitude and crash to the ground. However, this is only an assumption and it is necessary to wait for the results of the official investigation.

During the first hours after the accident, reports appeared in a number of media outlets that the crashed helicopter was one of the prototypes of the Ka-52K ship attack helicopter. However, it later turned out that the lost car (52 “yellow” tail number) was built in the 2009 year and refers to the installation batch of helicopters of this type. In recent years, the lost Ka-52 has been used in various trials. It is possible that during the recent flights the Kamov company checked and tested some equipment for ship-based helicopters, but there are no exact data on this account.

The crash of the Ka-52 helicopter that occurred on Tuesday was the second such incident with this type of equipment. 12 March last year during the departure in adverse weather conditions was lost communication with the helicopter 344-th center of combat training and retraining of flight personnel. The fallen car was found a few hours after it disappeared from the radar screens. The navigator died in the fall, the pilot with severe injuries was taken to hospital, where he later died. The investigation, which lasted several months, showed that the cause of the catastrophe was adverse weather conditions, due to which the crew lost control.

Finding out the causes of the accident that happened on October 29 will take some time. The exact dates have not yet been named and it cannot be ruled out that the final results of the investigation will be announced only next year.

Ctrl Enter
Noticed a mistake Highlight text and press. Ctrl + Enter
We are
Mi-28 - combat helicopterAn-12 in Afghanistan
39 comments
Information
Dear reader, to leave comments on the publication, you must to register.