This situation led to the fact that representatives of the Russian Union of Rectors, with the support of the leadership of defense industry enterprises, took the initiative to increase the number of universities with military departments while simultaneously transferring military departments to technical universities. Such an initiative is connected with the fact that many high schools began to lose their contacts with defense companies for many years, as graduates of these universities actually lost the opportunity to serve military equipment produced by their partner companies in the military. Until today, such graduates today offered the Ministry of Defense to begin military service exclusively as a private soldier on a general basis, which, for obvious reasons, reduced his ability to track the functioning of the equipment that came to military unit from the factory with which his university cooperated. This struck both the prestige of universities, and to a certain extent, the army itself, since not all technical graduates turned out to be after graduating from the military, and the discussion of the qualifications of modern young officers became more and more acute. 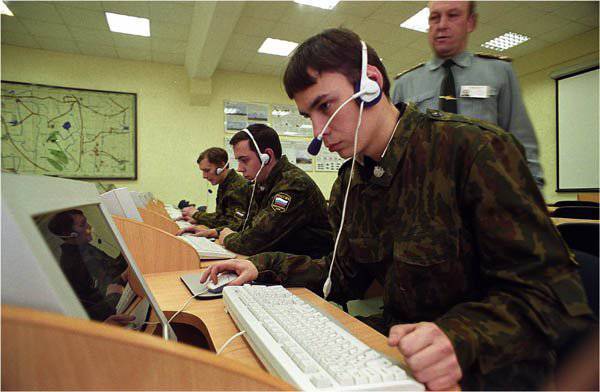 Before you start discussing the initiative of the Russian Union of Rectors and representatives of defense enterprises, it is necessary to clarify in which universities the military departments remain today.
Below is a list of those institutions of higher education that today have accredited military departments (data from the federal portal "Russian Education" for 2013 a year):

Frankly speaking, it is somewhat incomprehensible which universities from the members of the RRS (Russian Union of Rectors) members represented in this list defined as humanitarian. Unless, the Interregional Institute of Economics and Law at the EurAsEC IPA, but, apparently, no one touched the military department here, fearing the term “EurAsEC” ...

Interestingly, immediately after the remarks of the Tula State University, Mikhail Gryazev, about the demand for graduates of this university, the Ministry of Defense paid close attention to the university. In the course of the autumn 11 draft call, young men, who received TSU State University diplomas this year, went to serve in the third research company of the Ministry of Defense. Five conscripts will serve in the Army in the East Kazakhstan region at the “Krasnogorsk Plant named after S.A. Zverev” engaged in optical and optoelectronic instrument making (creates optical sights, night vision devices and other equipment). The Defense Ministry said that the recruits will be able to at least 4-x once a week to engage in scientific research in the center of the missile attack warning.

If we return to the issue of military departments, then at the time of the (Soviet) in our country such departments were available in more than 85% of institutes and universities (by 1989 year). With the arrival of the first civilian minister of defense, Sergei Ivanov, the number of military departments began to decline sharply. The reasons were different: from the fact that the military department is an office for the cultivation of corruption in higher education institutions, to the point that VC prepares under-engineering and under-officers. In some cases, corruption components were identified, which served as an additional impetus for reducing the number of such departments.

Today, rectors advocating the return of military departments to dozens of universities can, in principle, be understood. Given the demographic problems that led to the recruitment to universities (and not only universities) "at any cost", the heads of higher schools began to reflect on how to increase their (university) attractiveness. Military department as an option. Therefore, the initiative should be considered, rather, as the desire of the RSR to solve university problems, and not the problems of the army. This version fits with the rather strange proposal of rectors to issue sergeant shoulder straps to those bachelor graduates who left military departments. But is it necessary to be a university student for four years to get a sergeant's rank - a question ...

Apparently, the conclusion that the RSR is still more focused on solving their own problems, came to the Ministry of Defense.

Yes, by and large, it would be very strange if the main military department accepted the RSR initiative with a bang. If we fully revive military departments in universities, we would have to abandon the idea of ​​scientific companies, since such “institutions” would actually duplicate each other (in a certain way they already duplicate in the case of the same “Baumanka”). Yes, and with scientific companies for the Ministry of Defense is still much more economical. After all, it will be necessary to think about providing additional housing, paying officer salaries, social guarantees, and in the case of scientific companies, soldiers, as they say, will not eat a lot.

In general, the Defense Ministry, too, seems to be pulling the blanket over itself, trying to cover up its teles. Everything is quite obvious: the RSR defends its interests, the Ministry of Defense - its own. And while the trumps are still more in the main military department. The main thing is that in this conflict of interests, the areas in which organizations stand are not a loser: namely, the system of higher education and the Russian army. And this is the most difficult moment. The case with a draw, and even more so with two winners in the current situation of the coming (or already arrived) market is hardly possible.

We are in Yandex Zen
Inequality in education. Only affordable education will make Russia a strong state.
High school under threat! "Internationalization" of education entails serious problems
68 comments
Information
Dear reader, to leave comments on the publication, you must to register.