Belarus will receive the Russian C-300

November 1 2013
26
October 29 held a regular joint meeting of the Board of the Ministries of Defense of Russia and Belarus. One of the results of this event was the statements by the head of the Russian military department S. Shoigu concerning the development of a unified regional air defense system. In order to increase the potential of the Belarusian air defense, Russia intends to transfer to it four C-300 anti-aircraft missile systems. 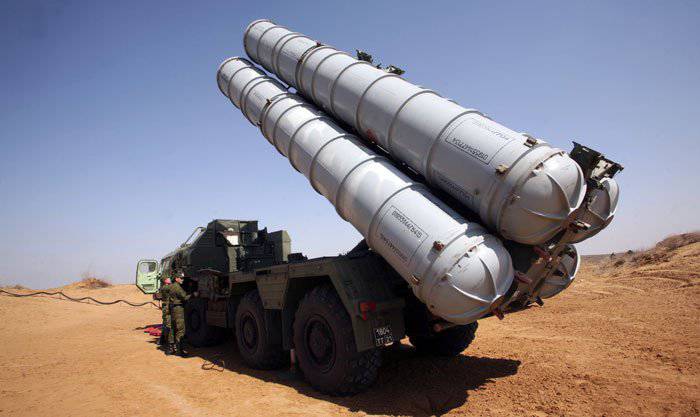 The future transfer of anti-aircraft systems will be carried out in accordance with the current program for creating a unified air defense system. In 2009, Russia and Belarus signed an agreement according to which both countries should build a common system for protecting their airspace. The construction of a single regional air defense system is based on the existing units of the two armies. Over the past years, the possibility of transferring or selling to Belarus new Russian anti-aircraft systems, which will help update its air defense system, as well as provide it with maximum combat capabilities, has been repeatedly discussed. For example, it was previously claimed that the Belarusian military could get several divisions armed with the latest S-400 air defense systems. However, as follows from the latter News, Belarus will use the systems of previous models for the time being.

In February, 2009, when the two countries signed an agreement to create a unified regional air defense system, it was claimed that five air force units, ten anti-aircraft missile units, five radio engineering units and one electronic warfare unit would protect the airspace of Russia and Belarus. In the spring of last year's 2012, there were reports that, by the beginning of 2013, the Russian and Belarusian armed forces would complete the creation of a digital air defense control system. At the same time, the first information about the organization of the management system appeared. As stated, the control system should operate in an automated mode under the control of a joint command. To speed up and simplify combat work, the decision to attack a target must be made by the command post, which first received information about it.

In the course of creating a unified regional air defense system, there were regular reports of planned military equipment. Thus, according to some sources, the question of the possibility of supplying Belarus with the latest C-400 anti-aircraft missile systems, which now serve only in the Russian armed forces, is currently under consideration. Previously there were reports that in order for the unified air defense system to work effectively and to protect against threats from the west, the Russian side is required to deploy at least 16 C-400 air defense missile systems. In addition, a number of these complexes can be deployed on the Belarusian territory or even sold to the neighboring state.

At the moment, everything suggests that Russia does not intend to transfer or sell the latest anti-aircraft missile systems. At the same time, the Russian side is going to transfer four C-300 systems to the Belarusian military. A specific modification of this technique has not yet been reported. Most likely, Belarus will receive anti-aircraft systems of the latest modifications of the C-300P family.

As part of the creation of a common air defense system, Russia and Belarus are now preparing a new treaty, according to which Russian territory will be located aviation base. Since 2015, at the air base in the city of Lida, remaining from Soviet times, the Russian fighter regiment will begin to be on duty. The Belarusian side will deal with the arrangement of the base, and the Russian military will help her in this. According to the Commander-in-Chief of the Russian Air Force V. Bondarev, for the first time only the Russian military will serve on the base, but in the future, the joint use of this object is possible. In this case, the first aircraft will be transferred to a new base before the end of this year.

The transfer of anti-aircraft missile systems to Belarus and the creation of an air base will significantly enhance the capabilities of the unified air defense system and protect Russia from threats from the western direction. It is worth noting that Russia intends to cooperate in the field of air defense not only with Belarus. In January of this year, an agreement was signed with Kazakhstan. In accordance with this document, the Russian and Kazakh military will build another single air defense system, designed to protect the airspace of the two countries from attacks from the south.

In the future, it is expected to sign agreements with Armenia, Tajikistan and Uzbekistan. Thanks to these documents, a single zone of air defense should appear above the Commonwealth of Independent States, the protection of which will be taken up by military personnel from all countries. After the completion of the creation of regional air defense systems, the CIS countries will start building a common management system. The latter will allow combining the efforts of the joint Western, Caucasian and Central Asian air defense systems.

Ctrl Enter
Noticed a mistake Highlight text and press. Ctrl + Enter
We are
LAW C-125 in the XXI centuryZRK C-200 rust in the woods near Moscow
26 comments
Information
Dear reader, to leave comments on the publication, you must to register.